A warning: this post is going to feature spoilers. Please play the game first as this will ruin tons of the game. Not even in the fun way, but in an awful way where the game is best on a first play through and you're about to learn too much about the game. 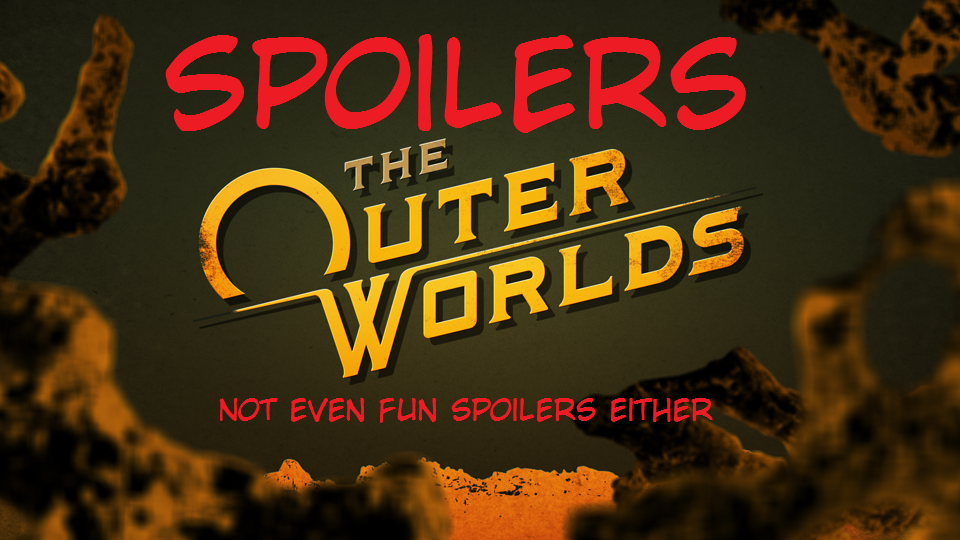 If you want a review here: It's a 8/10 game, solid combat, really fun writing, I'll play it again when the DLC comes out.

Outer Worlds's Senior Designer said in an interview with Polygon that you can kill every NPC you can meet in Outer Worlds. Fair enough, it's refreshing to have a game where there isn't a meta force that prevents me from participating in the game. But since they went through the effort of designing this genocide play though, I have to ask: Is it even fun? 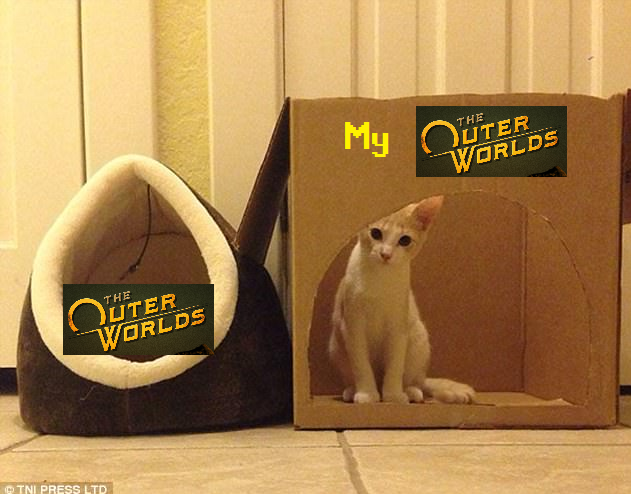 I think in every gamer's heart lives the desire to clip out of bounds.

When you go through the game with the intention of killing every single NPC you meet it ends up removing a lot of what makes the game charming and you end up hyper focusing on the less stronger elements.

To start, the gunplay. The Outer Worlds makes major strides to be a solid FPS when compared to the fallout games. They made an effort to improve the feel of the guns so much that weapons from Fallout and New Vegas almost feel like point and click dps machines rather than FPS guns. If you start with a character with basic proficiency in guns, they get very solid handling right off the bat. For damage scaling you improve equipment and point investment gives more quality of life upgrades for the guns. On top of that is the hit impacts for enemies. Plasma burns, bullets shred, shock electrocutes and limb based damage works to disrupt your enemies in fun ways that make aiming the right shot feel earned. Hardened enemies shrug off bullets in a way that makes them feel strong and right before they feel bullet spongy, the usually flinch or outright die. While this is true for the wildlife and robots in the game I ended up killing tons of humans. To the point I was very familiar with all the animations they had for taking damage. The animals and mechanicals did pose a fun challenge and monarch especially was just an autosave hell until I got on level equipment for the zone.

One part of the game that was more my fault than anything was being under leveled for a large portion of it. Quest experience ends up being a bulk of your character's earned experience and while killing whole planets worth of people would bring me sort of close to the levels the game expected me to be at, I believe I was suppose to grind the wild life for XP rather than just jet to the next planet. 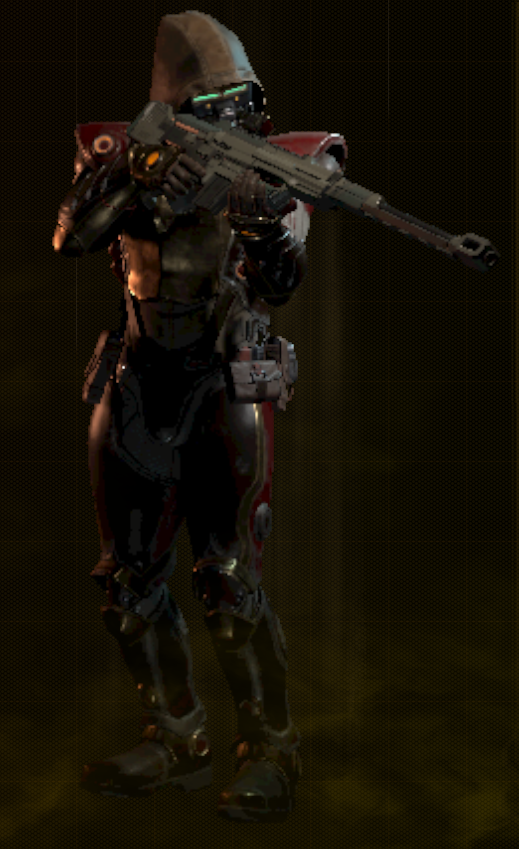 The coolest part of the run was my character. This was level 21 at the final boss door.

Additionally on my character build for my run. I ran a long guns character since my first character was a melee weapons character, and the sniper rifles are extremely powerful. Late game (the prison planet basically) features a Mk2 version of the deadeye assault rifle that if you combine with the time dilation powers can give you the ability to refresh your slow time every time you headshot someone. It was very satisfying to clear entire rooms just by clicking on everyone's head. The character builds feel okay. None of the options felt like the wrong option, outside of companion bonuses.

Last chance to dodge story spoilers. Now the story, or to be more precise, the way the story is told in The Outer Worlds, is the primary draw. Some of my favorite quests like: Vicar's companion quest, retrieving the med bots, and the Audition are real stand outs in my mind. When you do a kill only play though, this is all gone. None of the side quests can have a chance to stand out because the quest givers are being assassinated from across the room or the factions are extremely hostile. 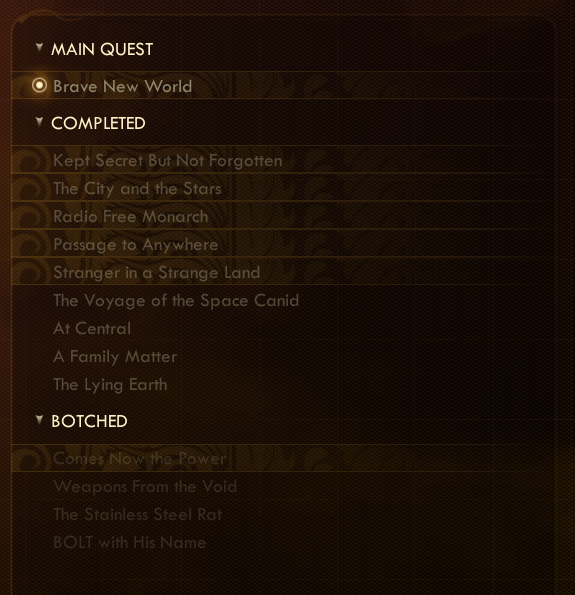 I believe all the side quests can be ignored, but I had to do Family Matter cause it has a morally awful option and At Central was funny.

The plot the game does attempt to give you is alright. Unfortunately if you try to role play a complete psychopath you're still pushed into mandatory dialog. You can ignore it the best you can by shooting before they get in talking range but there will be plenty of people who will interact with you though view screens and bulletproof glass. While the ending slides support a decimation play though, I couldn't find a way to prevent Phineas Welles from winning. This ends up locking you into a 'hope revitalizes the colony' ending, rather than a 'everyone is dead'. And of course jumping the Hope into the sun would technically give you more kills than the entire play through, but you'd still leave a prison planet full of corporate troopers and their leadership alive.

I feel the developers delivered on a kill anyone experience but it's only a companion piece to the main game. The whole game is predicated on a story driven experience and murdering everyone is playing a different game. It's still intended and they designed around it, but it's not nearly as robust as the rest of the game. For a majority of playthoughts it safeguards the game so you can keep progressing even if an essential character dies, but killing essential character after essential character just highlights how often you're reading a journal or unlocking a safe to solve a roadblock.

Post blog note: Did you attempt a kill everyone route? My first playthrough was a speech heavy, melee guy. Speech combat perks are weird tho idk what was going on there.

I wanted to try out blog writing just to fill time inbetween work. I play a decent amount of indie games so hopefully you can hear about a new favorite from me.