BoB: Remembering my First Pokemon and What Makes the Series Special 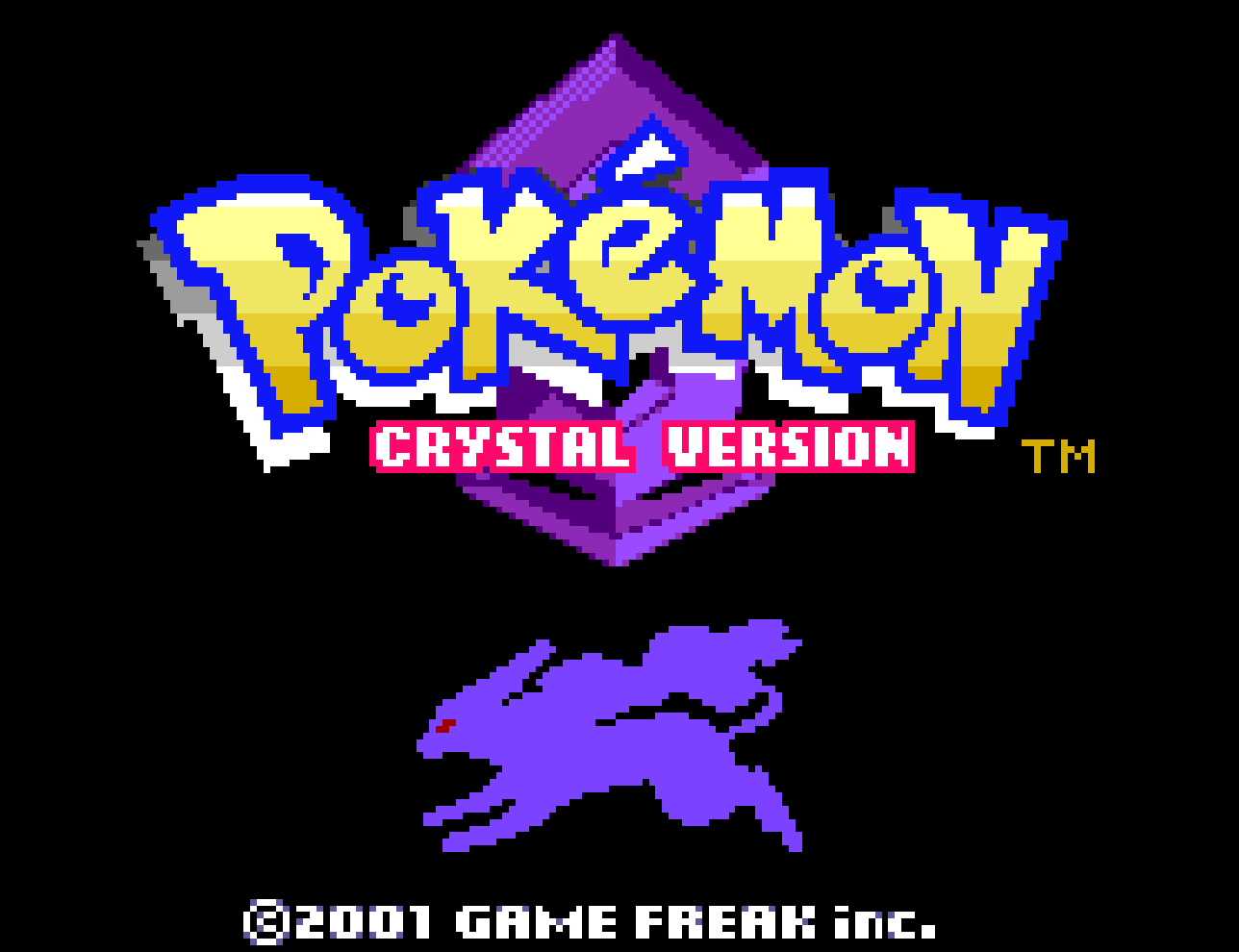 My passion for Pokemon has perpetually ignited, reignited and faded away over the years. Recently, it’s been dwindling – Pokemon Sun left me feeling really burned with a lot of mixed feelings about the franchise. A lot of things felt flat - I was not a fan of the trial challenges, Alola didn't have enough variety for me, and I didn’t feel like much of an adventurer with how often I was being stopped or having my hand held for some cutscene or narrative exposition to progress through a story that wasn't really the best. I’ve played and finished at least one title in every single generation, but Sun was the very first Pokemon that I just could not get to the end with.

I’m not a “genwunner”, but I can’t tell if these feelings were representative of a real issue with the series, or if I was fatigued, or if…maybe the series just wasn’t for me anymore. But I still genuinely want to be excited about the next Pokemon game. So, with the release of Pokemon Sword and Shield just a few days away, I’ve returned to playing Pokemon Crystal. I wanted to remember and remind myself of why I loved this series in the first place. 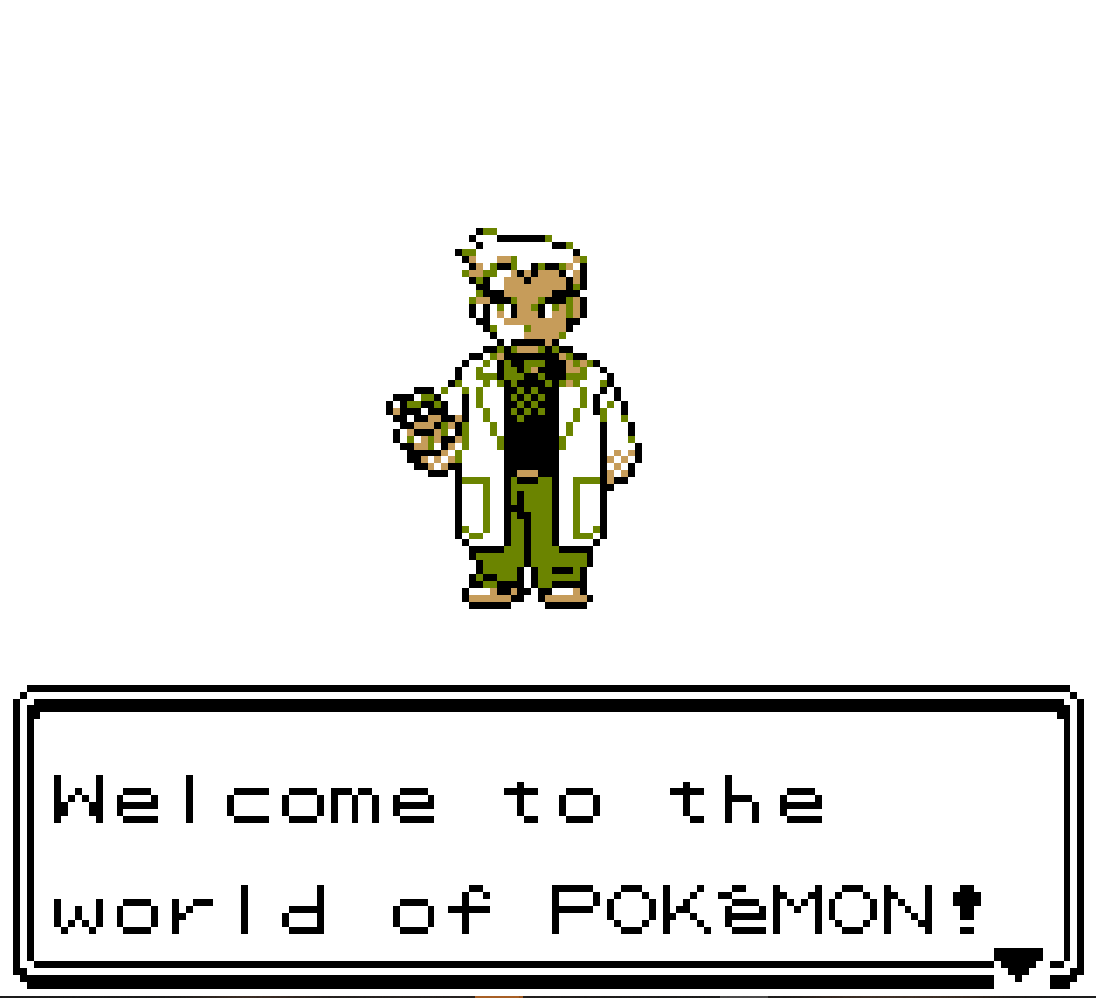 They say you never forget your first, and in my case, that’s true. With the very first console that I ever got - a Game Boy Advance - Crystal came along with it. It was the game that introduced me to the world of Pokemon, RPGs, and video games in general. I was hooked, and I’ve been hooked, to video games ever since (thanks, mom, and I’m sorry, you probably made a mistake that I’ll always be grateful for).

My first starter was a Cyndaquil who would be my loyal friend and a meaningful favorite to this day. This was way before my min/maxing days when I started getting into competitive play. As a kid, I would catch and play with whatever Pokemon I liked without care about stats. Ariados, Butterfree, Pidgeot, and Shuckle were all in play, competitive viability be damned! I loved the adventure, regardless of how simple it was in retrospect, because of its super effective loop of befriending, battling, and exploring. Traveling across an entire region felt like such an incredible journey – I had overcome Sprout Tower, Ilex Forest, Whirl Islands, Ice Cave, other trainers and gym leaders, etc., with a group of beloved creatures who had become my pals. The game didn’t do that much to hold your hand, and not a lot of narrative or story was forced upon you. It was just a really fun world to venture through, with people to get to know and trainers to battle. I got to be the best there ever was. 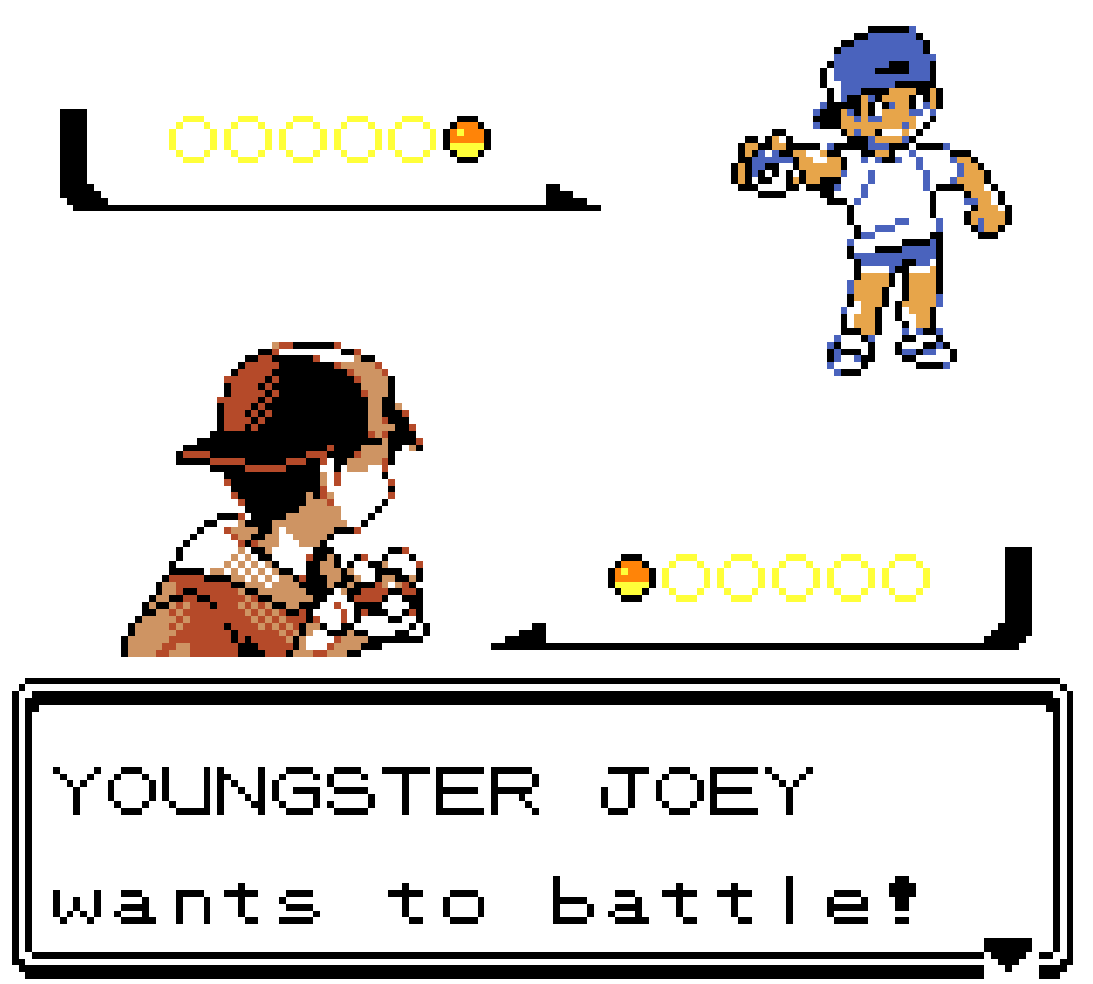 I did crazy dumb things like starting a new game and overwriting my old save because I thought I wasn’t good enough for the Elite Four. I used a Master Ball once to catch a Jynx in Ice Cave, and I told my sister about it. She called me stupid (fair point, looking back). I just loved this game so, so much that I had no problem continually replaying it over and over.

I remember playing as much as I humanly could – in school, summer camp, doctor’s appointments, under the covers (really hard to do when backlit screens weren’t a thing, yet, for the record). It got to the point where my mom tried to hide my GBA from me. She could never do it forever (there are only so many drawers and boxes) – I always found it in the next couple of hours (let me tell you - height means nothing to a four-year-old, and I would go to the ends of the earth if it meant getting my GBA back, dang it), continued my journey, only to have my GBA hidden away yet again, and the cycle would continue! This game gave me adventures in more ways than one.

Pokemon Crystal allowed me to bond with my cousins and meet new friends easily with our shared interests. Pokemon helped me feel less lonely as a kid when I was sick or couldn’t hang out with anyone. I worshipped the Pokemon anime in my youth (it took so dang long for Ash to win a league that I’m in my 20s now) because of the way it represented the relationships between Pokemon and their trainers (“Goodbye Butterfree” still wells up tears in my eyes, and “The Chikorita Rescue” is a personal favorite for similar reasons), because I wanted to feel that way, too. I even believed some friends in second-grade when they said there was a Pokemon Island that you had to travel to by boat across the sea for 10 days where you could meet and catch Pokemon in person and upon returning from the island, Pokemon would come back as Pokemon cards. I was pretty gullible, but not gonna lie, that still sounds super cool. 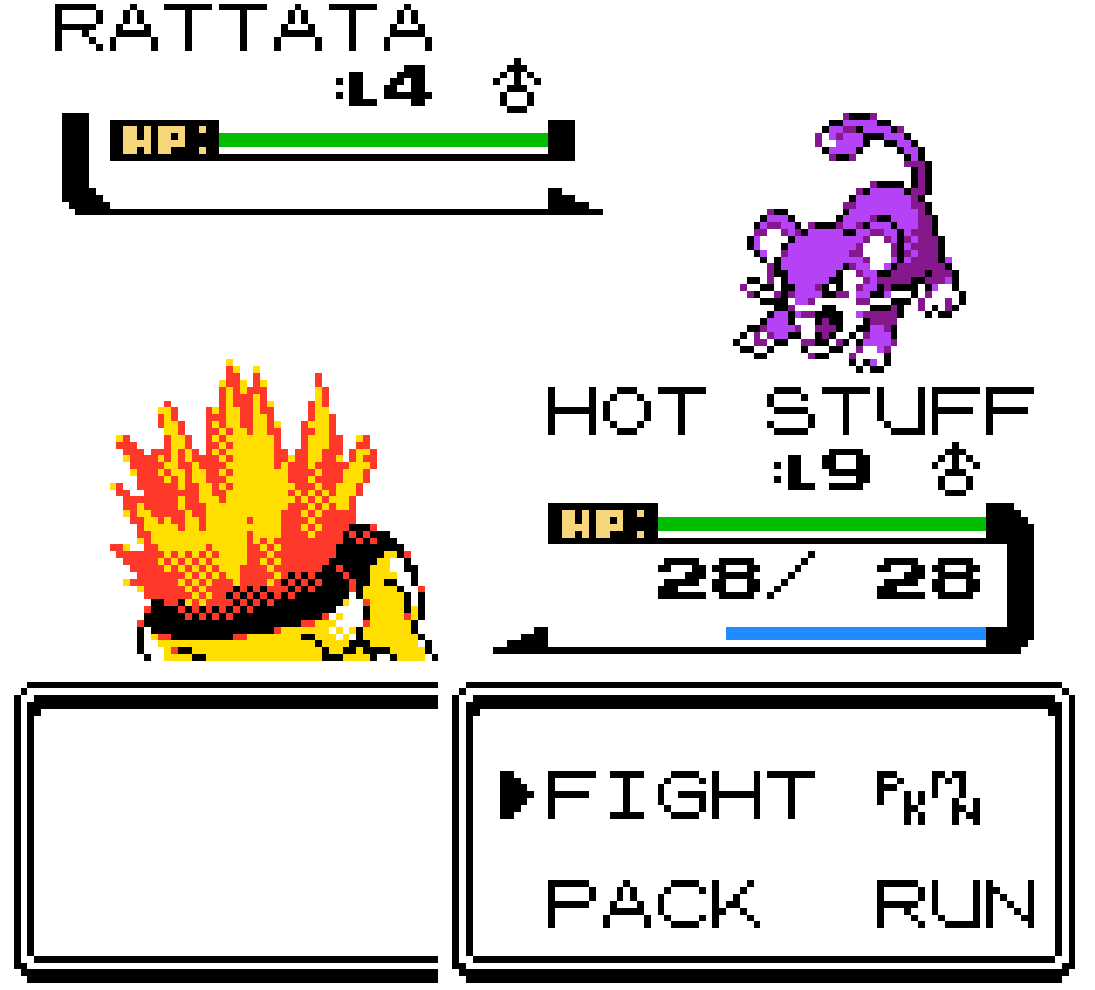 Though I got older, I kept coming back. Even as the series has continued to change (or not change) in certain ways, the games at their heart have always stayed the same. Each one has something new or different about it. Ruby introduced double battles (it also had a lot of water, maybe too much water). Pearl had sick wi-fi capabilities! Black had an awesome story (Trubbish and Garbodor are endearing and no one can tell me otherwise). Y was in 3D for the first time! There's something comforting to know that although entry manages to transform or evolve in some form, I get to relive a similar experience in new ways. You're coming home again, but the house is different - it's changing, too, just like you. But at its core, I get to be an adventurer again, with a whole new frontier to explore and new friends to meet each time.

This series has been intrinsically tied to my growth and development as a person and as a gamer. I don’t know if I would be into RPGs like Final Fantasy, Persona or Dragon Quest if this hadn’t been such an incredible entry point to the genre. I’m not sure how things would have gone if I hadn’t bonded with certain people over Pokemon, people who would become my best friends. Would I even be into video games as much as I am if Crystal hadn't been my first game? I don't know. But I'm glad that it was. This series means more to me than I remember.

When I start up Pokemon Crystal again, I see familiar sights: a Ditto transforming into the Game Freak logo and Suicune running through the fields as an intense 8-bit intro track swells, inviting me on a grand quest. As I’m asked if I’m a boy or girl, and I reunite with Cyndaquil once more, I can’t help but feel nostalgic and warm.

You know, after talking about all this, maybe I’m ready for one more go-around, after all. 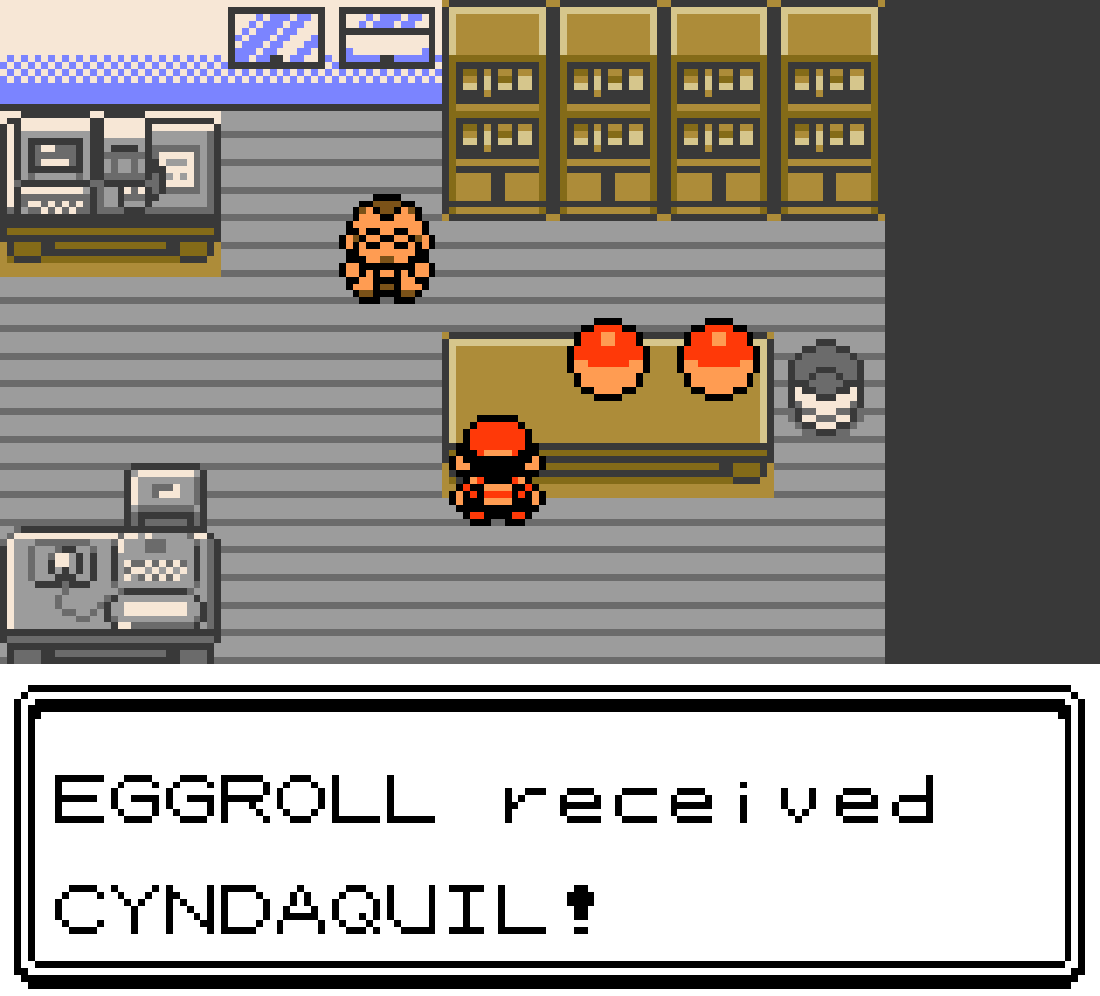