A Remembrance Day in Pixels: Can Videogames Truly Honour the Fallen?

In 1918, come the eleventh hour, of the eleventh day, of the eleventh-month, guns across the world finally fell silent. The Great War was over. Soldiers came out trenches to walk on land they had spent so many countless days, bullets, and lives, to capture just the day before. The day of the armistice has become a universal day of remembrance, a day to remember all those who stood and made the ultimate sacrifice in order to protect what they believed in. November 11th is a moving day for everyone, and as a result, is a day where we honour the fallen anyway we can. Art is no exception. From the writings of Wilfred Owen and, the paintings of John Nash, art has always expressed a way to try honour the fallen, instead of just trying to glorify war. Even films such as Saving Private Ryan made us re-examine World War II by not showing a great ballistic ballet where honour can be won, but showing a gritty reality. Videogames, however, seem to be a bit slow to the draw when it comes to remembering the fallen. In fact, since usually you’ve just gunned down wave number 57th of faceless soldiers, moments where a game forces you to reflect on all the lives lost can feel a bit hollow, especially when you do something like this… 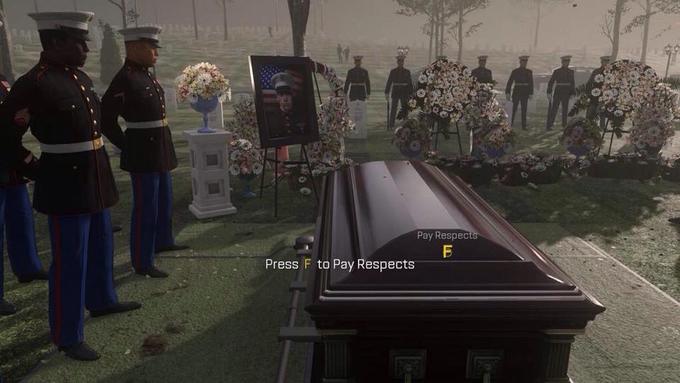 Unfortunately, videogames like no other medium are put in a very awkward situation when it comes to making something meaningful as the player has to actually do something. When you’re watching a film, for instance, you don’t need to do anything. Tom Hanks may be bleeding out in France with a German Panzer bearing down on top of him, but there’s nothing you can do about it, so you might as well keep swiping on Tinder. Besides, you know he’s probably going to make it anyway. Videogames are obviously different. Without constant interaction from the player, you’re not going to get any further from the menu screen. This makes things difficult for a variety of reasons. First and foremost, you are locked into a perspective. Your perspective is locked in and you are forced to see the game only through your character's eyes, or the battlefield map etc. Meanwhile perspective in artworks or film is obviously limitless. If it’s a film you can just cut away to a scene showing another character, if it’s a painting you can just show whatever you want to show. Next, as well, the player needs to be somehow involved as an active element. As we all know “Walking Simulators” where the player is dumped into a location where they can just move around, never tend to be best sellers, so you can’t just rely on a player to look at something to be moved. Yet for a painting, that’s exactly what you expect! It’s a pretty big double standard. Furthermore, giving your player something to do can be hard enough in of itself. Sure, you could make them “experience war” by having them fight some soldiers, but then the player is being entertained by killing people, which kind of undercuts the whole "remember killing is bad" message. You can’t even try and make it traumatic by making it super realistic and incredibly violent. That’s what gamers want from games! If you asked someone if they wanted a World War II game with all the violence of Mortal Kombat the answer would most likely be a resounding yes! It seems then it is impossible to honour those who died facing the horrors of war, when not only is the medium you’re using is restrictive by nature, but the audience itself likes to face the horrors of war for kicks! 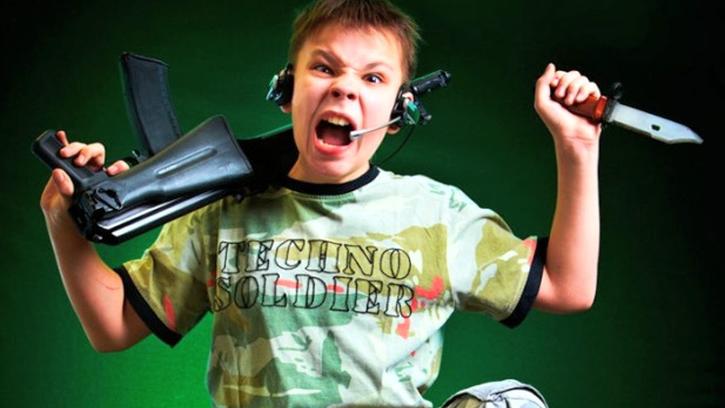 That is not to say all gamers cannot have some form of message. There have been many brilliant shooters which challenge the need for war and show it’s true consequences. Just look at Spec Ops: The Line, where our main stubble covered hero, who looks like he is GI Joe’s drinking buddy, is slowly driven mad in the sands of Dubai as he is forced to face his own actions. The only problem is there is a difference between making an anti-war game and a remembrance game. Spec Ops is brilliant. This game makes you do horrible, controversial actions as its form of interaction, to show how bad war is. Although this makes a strong anti-war message you can hardly say it’s a great start to find a game that hopes to honour the dead. In fact, bleak despair amongst desolate ruins seems to the mandatory thing to have in any game with a vaguely anti – war message, from This War of Mine to Fallout. All these games show death and destruction as if they’re going through a checklist. Do we have slightly burnt toys abandoned in rubble, Check, an abandoned poster promising good times blowing through a bombed-out street, Check, a dramatic narration played over melancholy music… dang it I knew I forgot something, SOMEONE GET MORGAN FREEMAN ON THE PHONE! Yet you still need something to do in your game, so if you can’t show horrific combat to bring home the message what can you do? Worse still, even when great directors try and tackle this problem they still end up being all about the guns and glory. Take Medal of Honour.  Made by Spielberg himself just a year after Saving private Ryan. You’d think he’d have the whole dramatic war story down pat by now. Except the cover art of the smirking soldier peeking out of cover with a still smoking, bazooka may indicate the message got a little lost in translation to the pixel world. So it seems games are either too dark or too light-hearted in their depiction of violence to properly respect the fallen’s memory. 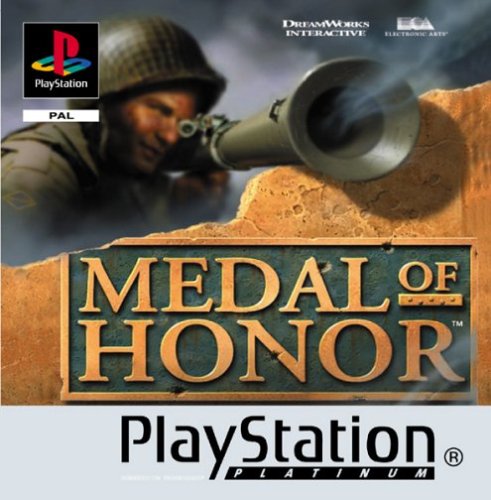 So what’s the conclusion I’m getting at here? That the very nature of videogames are just too rigid to make an impactful piece like other artforms? That the need for interaction within the medium undercuts any remembrance day messages? That I use way too many rhetorical questions in my writing? The answer to all these is a resounding no (except the rhetorical questions one, I may need to work on that). Our deliverance comes from the most unlikely of places. Fortnite. Yes, Fortnite, the same game that let you play as John Wick to fight Thanos for the Infinity gauntlet. Just bear with me here, I’m not going mad I promise. In honour of Remembrance Day Epic Games actually teamed up with the Royal Canadian Legion to create “Remembrance Island”, a mini world dedicated to the fallen. There’s no fighting, no objective, just a little place to remember and be at peace. This works really well. It doesn’t turn the game into a walking simulator, as you still obviously have the rest of the game, but it doesn’t undercut the message of remembrance through a depiction of violence. Yet this idea works really well, although running around a memorial in a bear costume can be a bit jarring. Creating a space or activity that is almost separate from the game allows the message of remembrance to exist without it being undercut by what happens inside the game itself. Sometimes this all that is needed, you don’t need to do some grandiose adventure into the art of war. Sometimes you just need something small to act as a token, and a reminder. One of my favourite games, Verdun, did something similar. On remembrance day when the clocks hit eleven, the servers were paused for two minutes, so that even in a virtual World War 1, the guns fell silent. 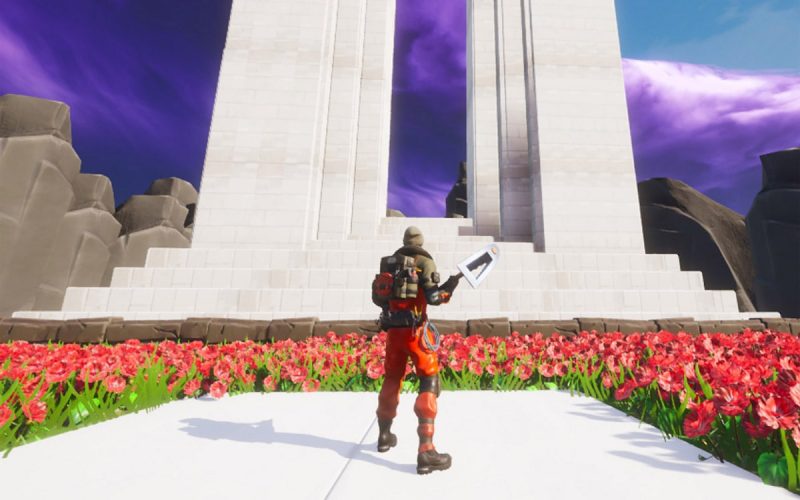 Some games too, are able to successfully balance showing the chaos of war without becoming obsessed with it, and so succeeded in honouring fallen soldiers where other games just want to show death and destruction. Valiant Hearts: The Great War, was made to do just that by following the lives of a few men and women, none of which chose to be soldiers, but found themselves in the trenches all the same. The reason this game succeeds where others fail is that it shows peoples humanity. Unlike most anti – war games where the focus is on the war itself and how horrible it is, Valiant Hearts instead focuses on the people, their story, and those who did incredibly brave things to what was right. The game has heart, it’s literally in the title! That, is what Remembrance Day is all about. Valiant Hearts even tackles the issue of being forced to view the medium from a specific perspective, that of a character, by jumping through different characters to see the war through different lenses, from a conscripted German soldier to a swiss nurse. As a result, this remains one of my favourite games and genuinely had me in tears come its conclusion. No other media allowed came close to helping me experience what life was like in those awful mud-filled boots than Valiant Hearts. 11-11: Memories Retold promises to do something similar, focus on the people in the war and not just the war itself, and will be the very game I play the moment this blog is uploaded. 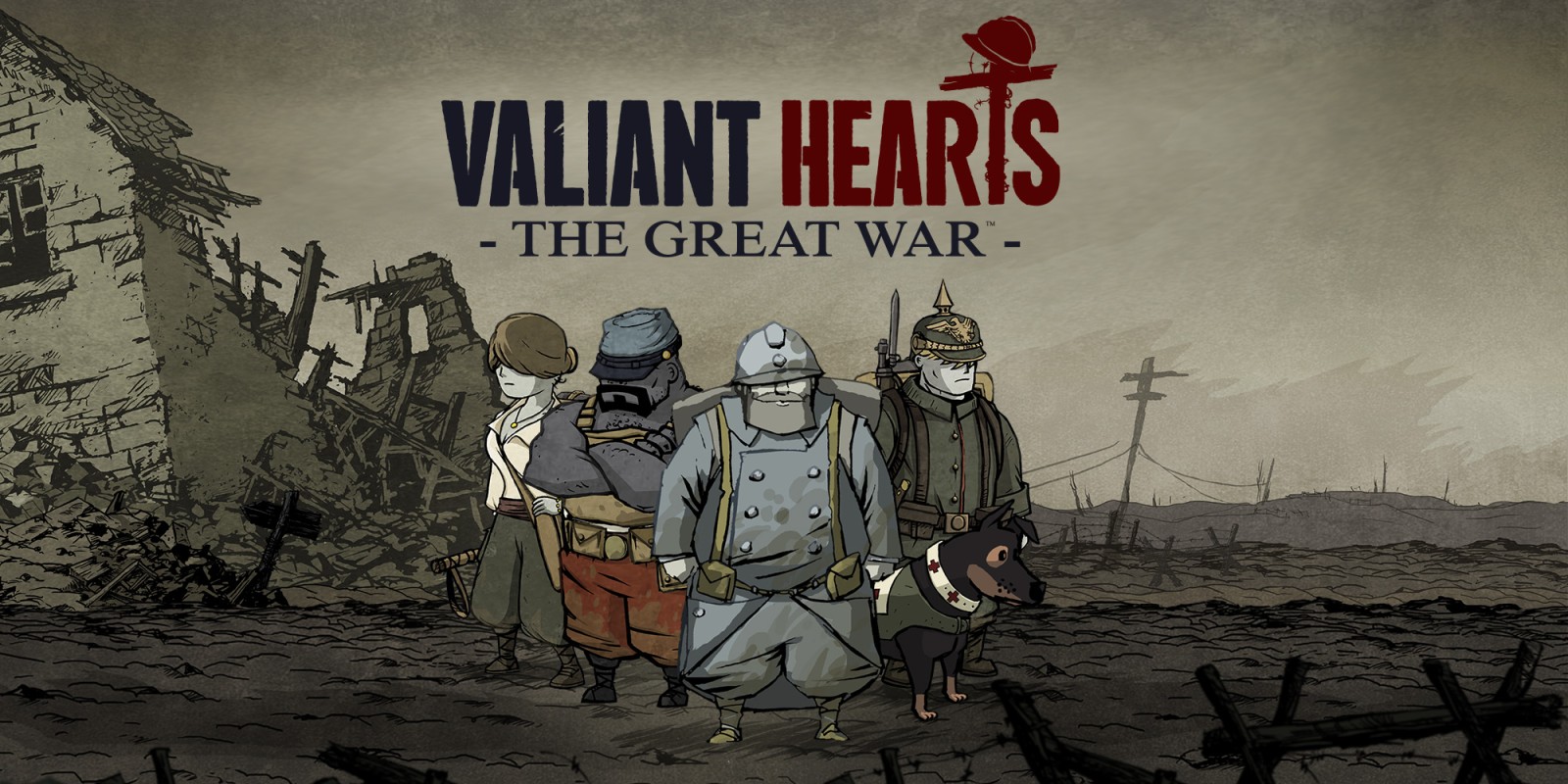 In conclusion then, videogames who want to honour the fallen need to walk a fine line. They need to show the horrors of war, without making it the sole subject, and show the importance of the heroes who fought, without simply turning them into GI Joes. When a game looks away from just showing death and destruction and instead takes time to celebrate those who faced those horrors to do what is right, that is when you make something that truly honours the fallen.  In a short, when a videogame successfully shows humanity in war, it shows the spirit of remembrance.