Burning Rangers is the kind of game that is difficult to dislike, even if it gives you every reason to do so. With date 3D polygonal graphics, stiff 3D controls that demand an analog stick, and some cheesy writing; here is a game that I should normally severely criticize as an outdated relic that may have been good in the past. However, the game's solid core and innovative design combine to make sure that despite all of its age-related flaws, Burning Rangers remains a fun game to play. 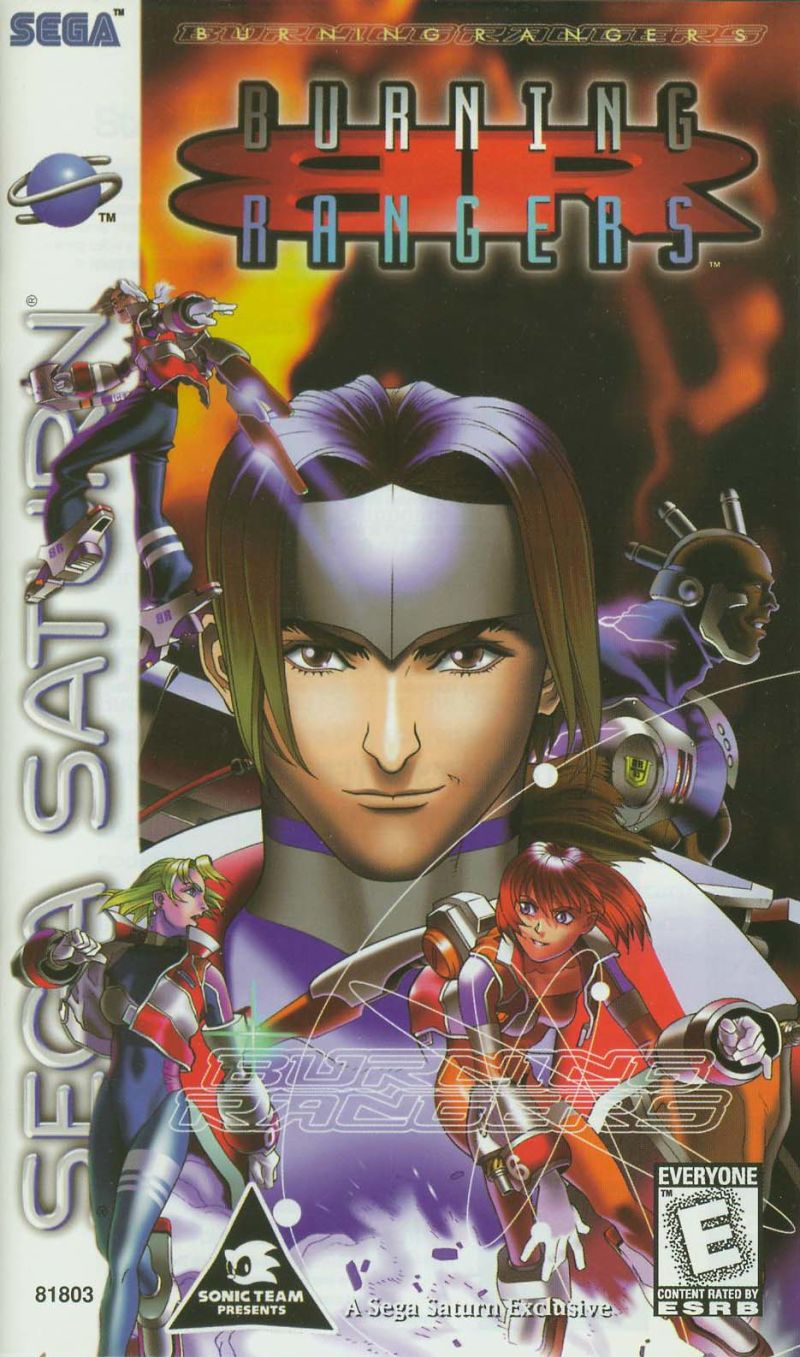 "Sense a split second. Treasure the life. Have a Goddes on your wing"

This is very much a 90's game. You can figure out that much from seeing the opening anime scenes, which invoke much of the "cool" imagery that was common in the day from big-handed armor suits to wise-cracking long-haired protagonists. The unique twist in Burning Rangers is that this ragtag group of anime archetypes are firefighters.

Seeing much of the videogame space being dominated by games about shooting people, Sega decided to do something different with this 3rd person shooter game of theirs; opting to design a game about saving people instead of killing them. Ironically, this doesn't change the core shooting gameplay much as the targets are now balls of fire rather than ghouls and goblins. 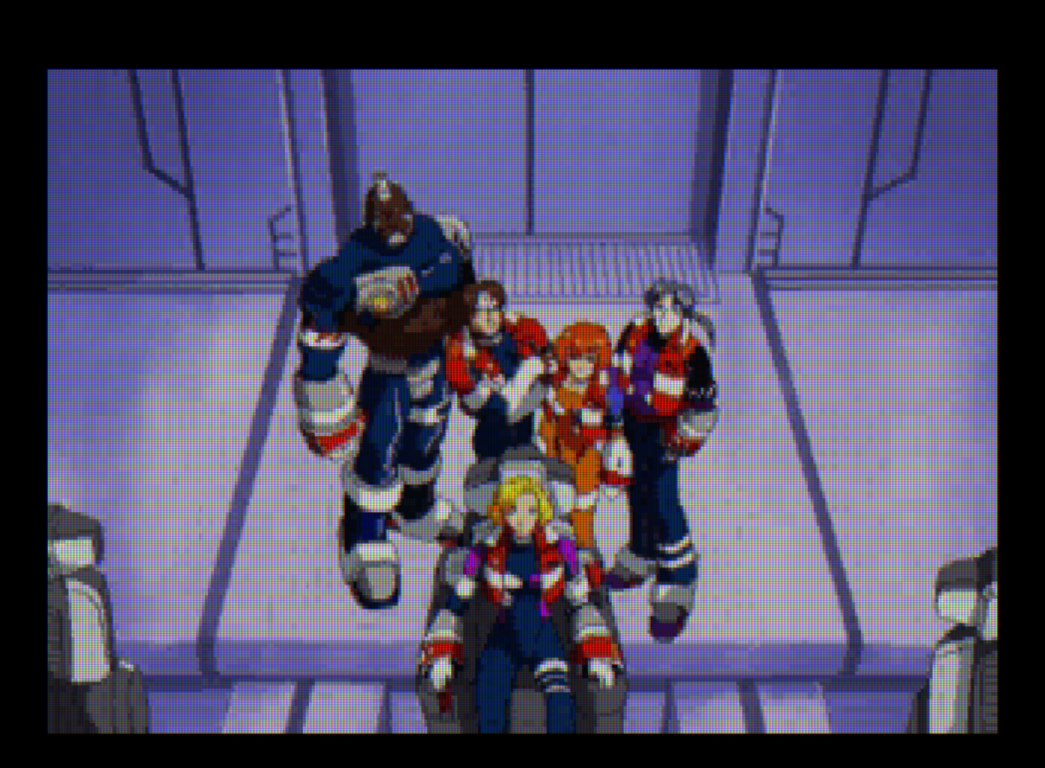 I guess that the firefighting gimmick combined with the futuristic Anime style does provide a unique story that is was never told in videogames before. However, that doesn't make it a necessarily good story.

Although, if you are fan cheesy 90's anime, then the cheesy dialogue and voice acting has its charm.

"You must evacuate. It is too far from your location. We don't have enough time"

As I mentioned above, this is a 3rd person shooter with fireballs as targets. Yet, that simple description doesn't do the game justice since the focus is not actually on it being a shooter.

The focus is, like in many Yuji Naka games, is on movement. In this case, movement in 3D space. Burning Ranger's main gameplay hook is in the speed you can get from one place to another in the map to save people and extinguish fires. This speed is the result of the booster shoes the character wear, which allows them to dash forward and fly around in unprecedented fashion. 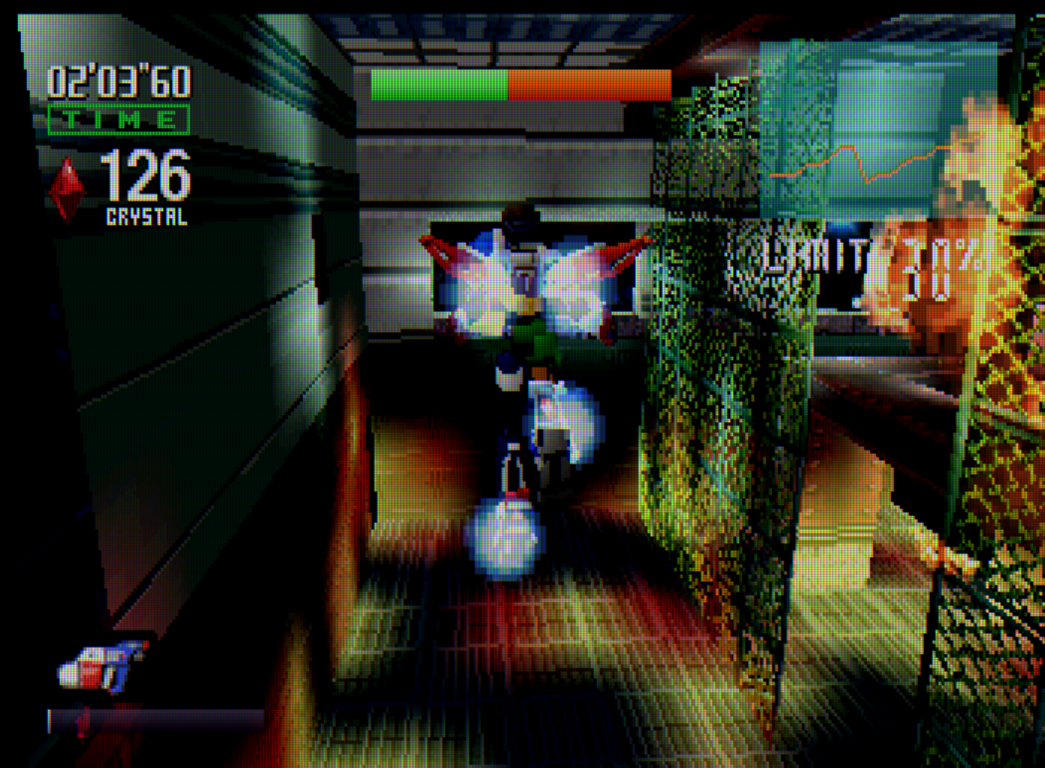 In fact, I am not sure any game at the time had the freedom of movement that was present in this title. With the ability to cross massive distances, both horizontally and vertically, you can virtually keep flying most of the level and rarely touch the ground.

All that movement is in the service of getting to fires and victims quickly in a maze-like map as the game challenges you for faster times and better performances as a firefighter. It is exhilarating most of the time, that is until the game's age-related issues start becoming more obvious.

"But if I don't give it a shot we can't save them all. I must save the others. It's my turn to help others. I will never give up"

There is no hiding the obvious age of Burning Ranger's graphics, which affect the visual variety of stages as well as put an obvious strain on the framerate. However, that's not the biggest flaw in the gameplay.

As usual in early 3D games, the camera controls are wanting and the lack of analog controls is an obvious issue. Due to the excellent movement mechanics of the game, both issues are not as big of a problem as they could otherwise have been, but they are issues nonetheless. 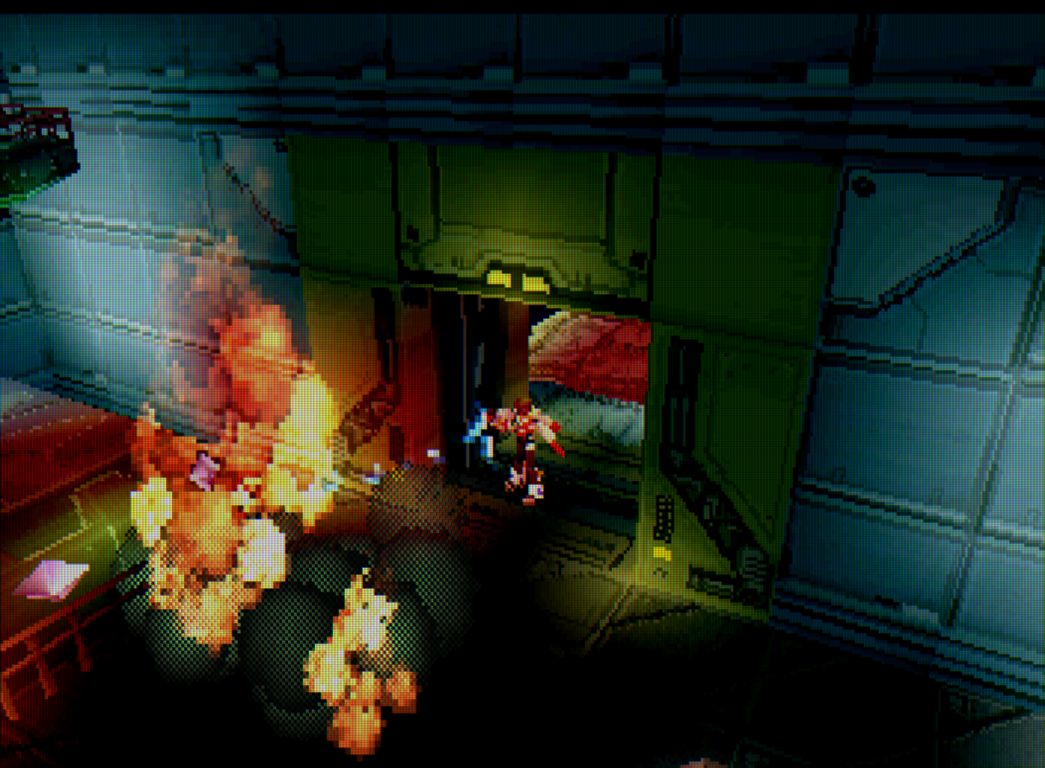 Not a lot of "Burning" issues though (get the joke?)

Honestly, the game's shortcomings are excusable mainly due to its short length. With only four short missions, the game can be completed in one sitting. True, this allows for repeated playthroughs to get better scores and master the system. However, I didn't find multiple playthroughs to be as rewarding as the first, and even then, the gameplay wears thin by the fifth hour.

"Say hello to Big Landman, he is our most skillful ranger"

Depending on your tolerance for early polygonal graphics, you will either be charmed bu this game's more than competent visuals or get a slight headache from all the flickering lights and the poor graphical detection.

It is not ugly nor is it unplayable. Still, it requires getting used to, especially when the background starts appearing in the foreground suddenly. 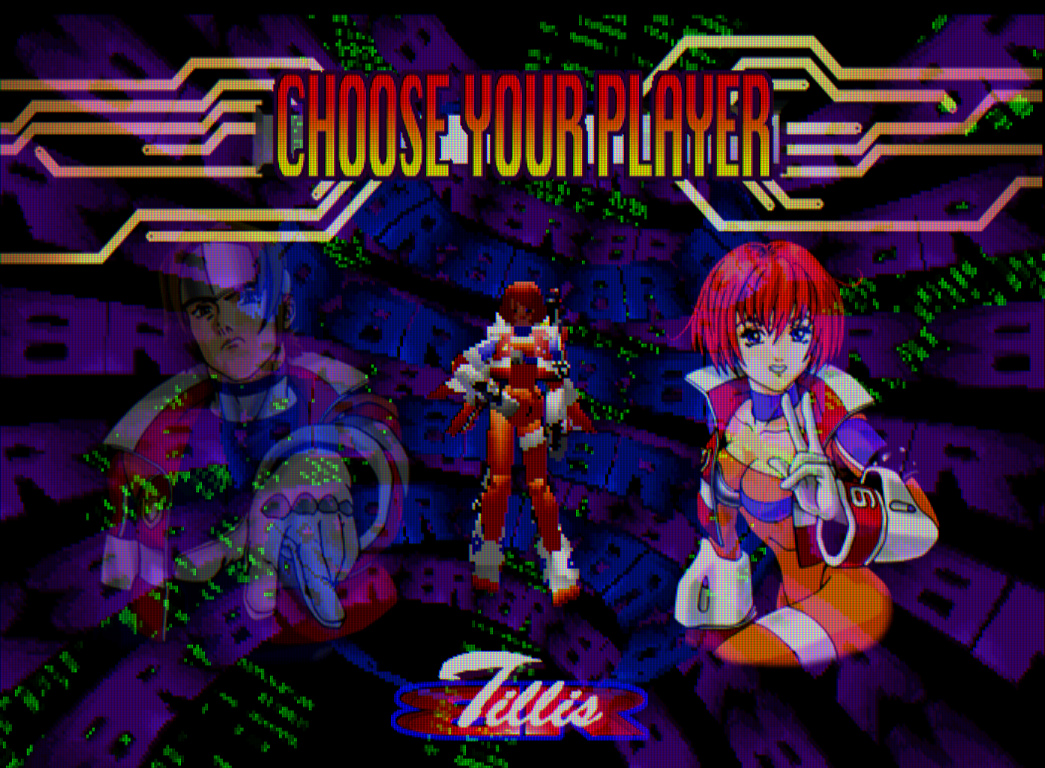 Sometimes the game is a garish assault on the senses

Musically, the game has some good tunes. However, due to the need to listen to the voice guidance system, the tracks are more muted than usual, which unfortunately doesn't give you enough chance to appreciate the game's soundtrack.

As for that voice guidance system, it is nothing if not innovative. With your commanding officer trying to guide you through the burning buildings, it helps that her voice acting is not bad even if it is weirdly inexpressive (unlike most of the cast who alternate between cliched to hammy voice acting). 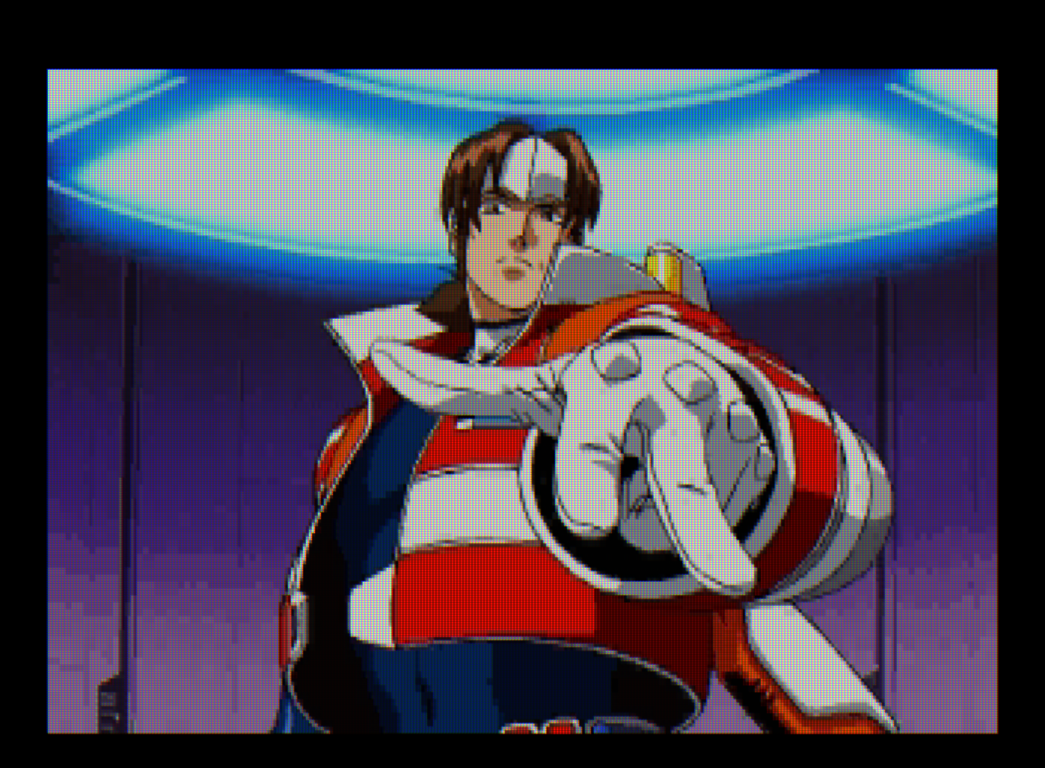 1- Look around for victims off the main path.
2- You can dodge by hitting the jump button with a direction at the same time.
3- One hit loses all of your hard-earned crystals. 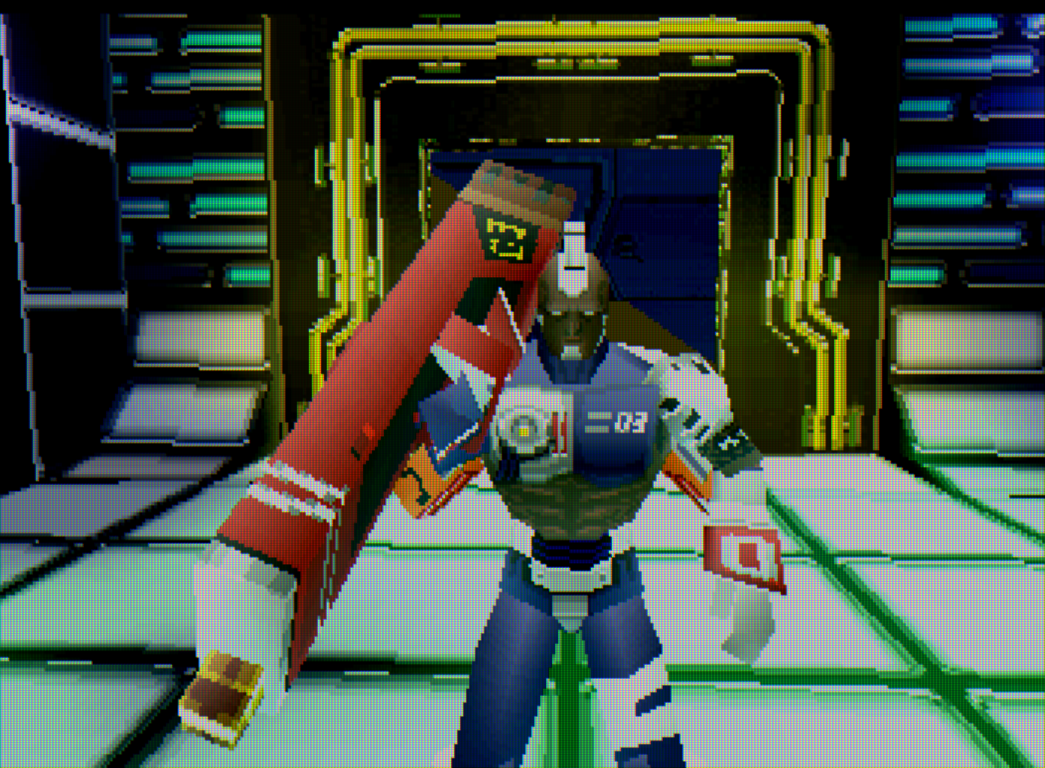 This is Big Landman if you were wondering

I guess I enjoyed Burning Rangers despite initially being apprehensive regarding its graphics. This proves that a good game can shine even if it doesn't look its best.

Next, I will be writing a report about the games from #29 to #20 in the Retro Sanctuary list before I play Dragon Force at #16 on the same list.