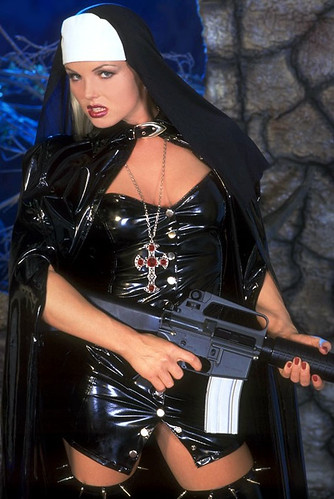 (That is the safest pic I could find that was both fun and enjoyable, although you can barely see her... features... google her, but be wary... it won't be Safe for Work.

There are two recent SYLVIA characters in videogames, and they both resemble the high-profile-XXX star. Ever since the first one I always wondered... is she? Is she based on Miss Saint? I always Assumed she was...

I present to you... Viewtiful Joe's Sylvia:

remember her? she was a playable character in the sequel:

...and now, with the excitement of the upcoming NO MORE HEROES, there's a new Sylvia in town, I present her to you: