Freeware Friday: Better Than A Copy Of Megaman X7

Hello, robot masters and mavericks in the internet! I’ve got a triple threat of games for you today, because I hate my free time and can't stop writing! Or procrastinating. I found three games representing various eras in the Megaman franchise: X, Zero, and Classic. Could’ve thrown a Legends fangame on the pile, but four is too much. 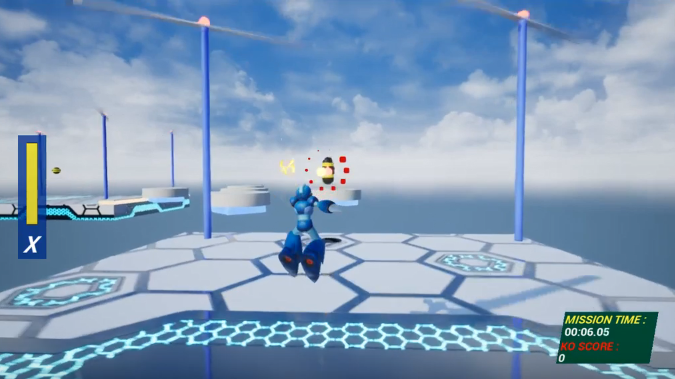 Right out the gate, do we have a fangame that renders X7 a moot point? Dang heckin’, we do! X and Zero: Training Missions is a 3D action-platformer featuring X and Zero - which kinda’ goes without saying - alongside three brief training courses. X is X, and he gets things done with his standard X-buster. Zero requires a bit more finesse, as his Powershot is a limited resource and the Z-sabre is obviously not a gun, but he can destroy enemy bullets by slashing them. You can lock onto enemies, and, of course, there’s a dash.

The game feels pretty good, which came as a shock to me. Seems like a nice way to spend the afternoon, improving your score and time on the assortment of levels. I don’t have much more to say, aside from encouraging you to get in there and try some runs yourself. 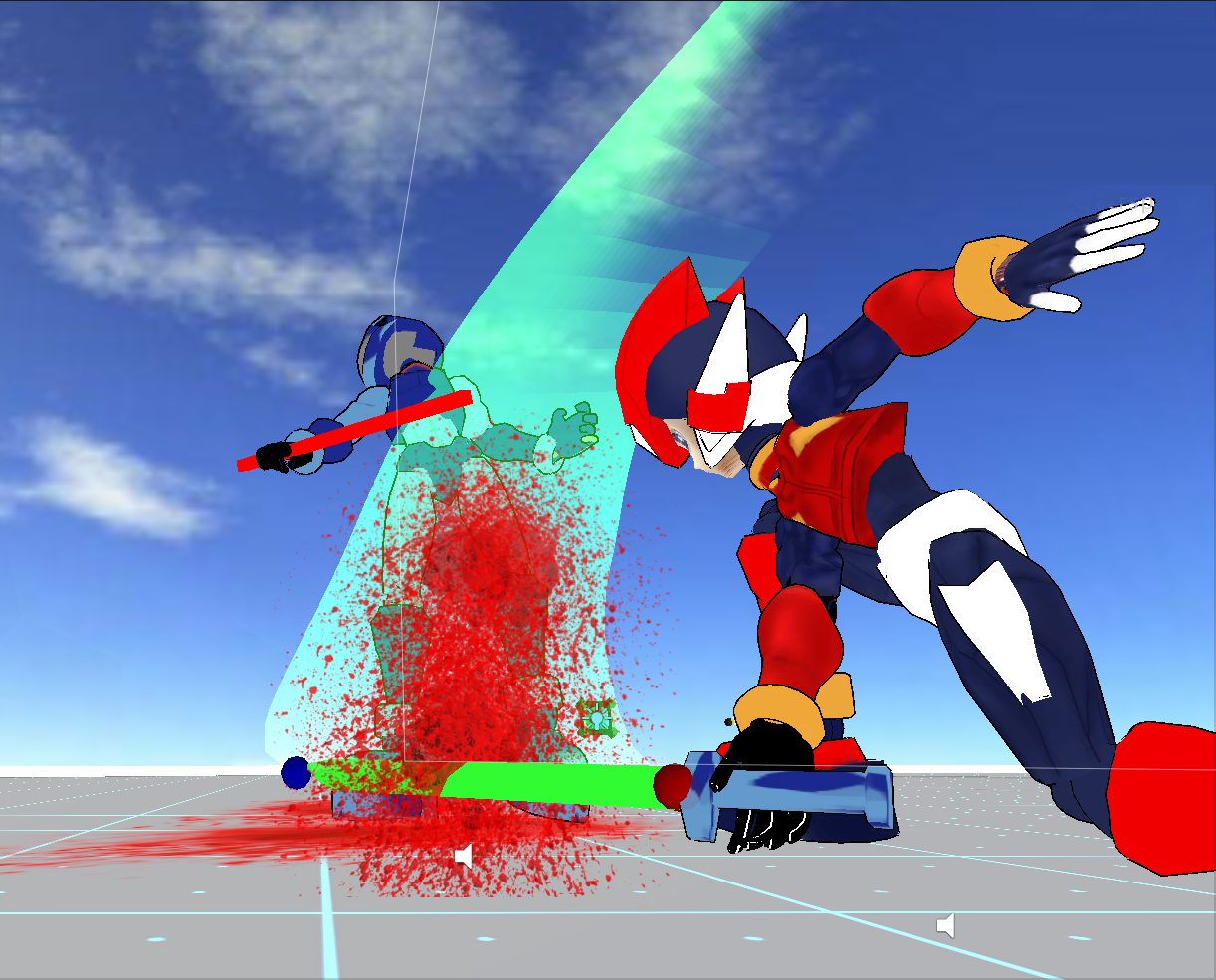 This is a neat little tech demo, but that’s about it - and unfortunately, it seems fated to stay that way. You take control of Zero in a 3D environment, and choose a difficulty setting to determine how many enemies you have to kill and whether recovery items appear or not. You’ve got light and heavy attacks, which seem to change based on whether you’re moving or not, and also possibly with your proximity to the enemy. You also have a little pew-pew gun, a small jump, a block, and a dodge-dash. It’s not particularly sophisticated combat, and the same can unfortunately be said for the game.

The lone environment you play in is mostly empty, save for a non-interactive workstation of some scientific sort. The models look pretty good, even if there's only a few of them. Zero's chain and spear were modelled, but are unlikely to be added in full. The hit detection on enemies' attacks is so ludicrously generous that I think they have hitscan, so make sure you block more than not at all. There's also a repeat-able bug where you'll be locked out of your sword swings until you press a different button, which often triggers while you're engaging enemies. It's very survive-able, but annoying. That describes the game pretty well, honestly. And why is it so bloody?

So, this neat little tech demo is pretty mediocre. How about the last game, then?

Megaman 3D 2: The Siege of Megacity 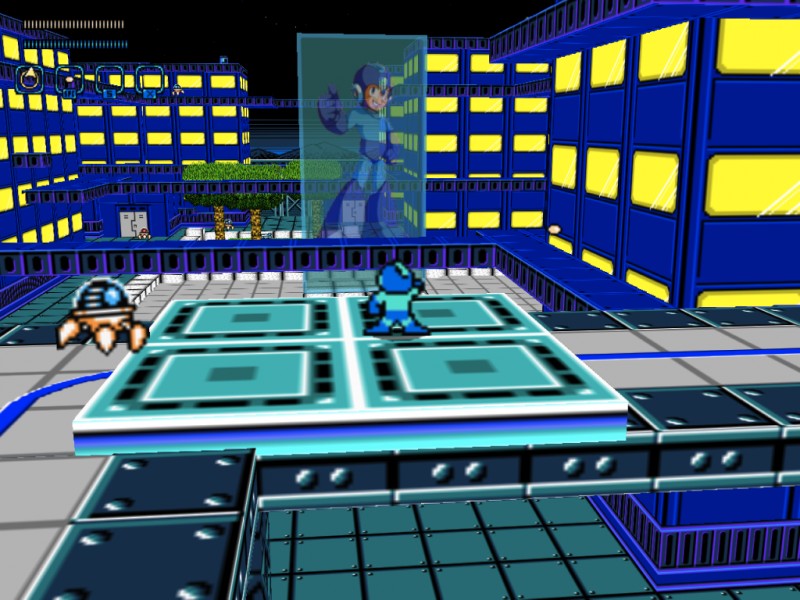 This one… oh boy. Where do I even start…

Wait, is this game real?!

It certainly is, and I can't not encourage you to check it out just because it's so high-effort and strange. The 3D environments do a good job of emulating the classic Megaman style, and the sound design, aside from your extra-extra-shrill charge shot, does its job fine. Item drops seem very generous, and the smallest health item gives you way more health than it used to, so early game confusion can be worked through in a safe environment.

Of course, there's always some kind of deal-breaker, and for Megaman 3D it's the controls. Aside from a gripe I have with the movement speed being a little slow, there's no full control list or any options to configure your buttons. The game is an exe file that forces fullscreen, and the title screen only has options to start a new game or continue one. Also, you can probably figure out that you're in for something special when you see that Megaman is somehow out of focus in the foreground of the title. 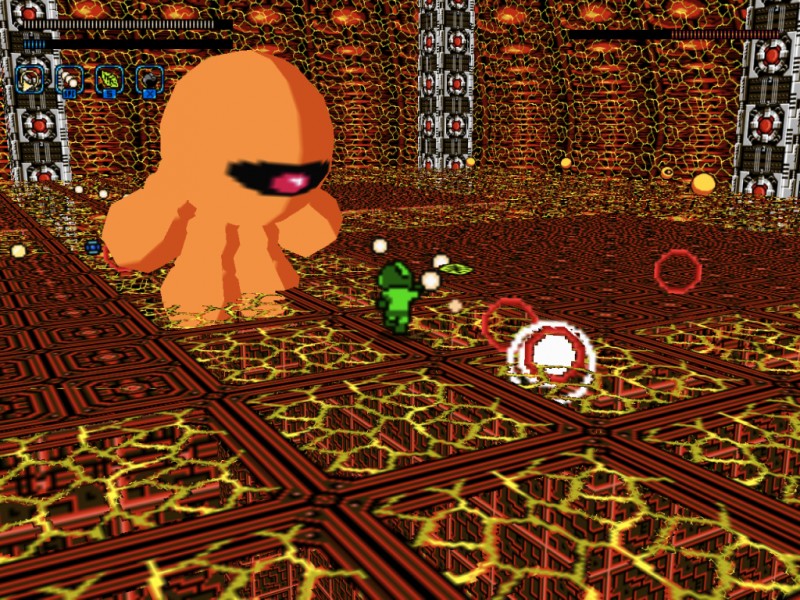 The main problem here is that the game seems to have been designed for people with three hands. Your basic movement keys, strafe and jump, and the shoot/interact key are all in separate quadrants of your keyboard. And don't even get me started on the Escape key secretly being both the one that brings up the "close game" box and the "exit vehicle" button. Just as a kicker, the game forces fullscreen mode, so you'll have to take some pain to remap your keys with an external program.

That control scheme is the reason why I haven't played that much of the game, it repulsed me. Megaman 3D could genuinely be worth another article all to its own, but I'll need to prepare for it. If you try it yourself, I can only recommend that you keep a remapping program close at hand.

Better Than X7: Most Definitely, Yes

And that's it for today! I managed to find a few more free Megaman games while I was working on this, no surprise there. They don't fit today's theme, but one I'll spotlight (because I probably won't play it - and four is too much) is Mega Man Royale. It adapts Megaman 2 stages into a competitive format similar to Super Mario/DMCA Royale, with random boss item drops to boot. The game currently only supports 10 players per game, but hey, if Megaman racing sounds like your jam then here it is.

And for something Megaman-adjacent, the FictionSphere Kickstarter is running for a few more days. Check it out if you haven't!

Tune in next week for an article featuring less games, and hopefully a shorter length!

THOUGHTS: Got my controller setup, and the game feels great so far. The other shoe hasn’t dropped on the difficulty, so even though the sequels are technically better platformers, this one’s got the normal difficulty curve to train you up (in a “sink or swim” sort of way). The enemy scan writing is nice, but the rest of it is suuuuuper flat. I can handle that, though. I look forward to continuing.