I’ve done it now. I’ve gone and roger’d it. I have more freeware games in my backlog than paid games, and something must be done. Problem is, I have trouble even sitting myself down to play things I’m mad hyped for these days. How am I ever gonna’ clear this dumb dumptruck of games?

There’s only one solution: I’ve gotta’ put my foot down. I’ve gotta’ make a plan. And I’ve gotta’ get people on my back to keep me steady!

With that, I’d like to introduce Freeware Fridays, my first continuous writing project! I’m gonna’ play one or two games, alphas, or demos (that you can get yourself for free) every week, then provide an after-action report.

Will there be more rules or structure to this? Multi-parters? Reader participation? Not a clue! I’ll figure it out as I go. Fact of the matter is, writing every day, up from my current three days a week, is one of the best things I can do with my free time. I need the practice if I’m going anywhere, and I’d reeeeaaally like to play video games more often! If I can keep this up, both of those will become a reality!

Now, with all that preamble out of the way, let’s get to our first title - a fighting game, in celebration of EVO 2019! 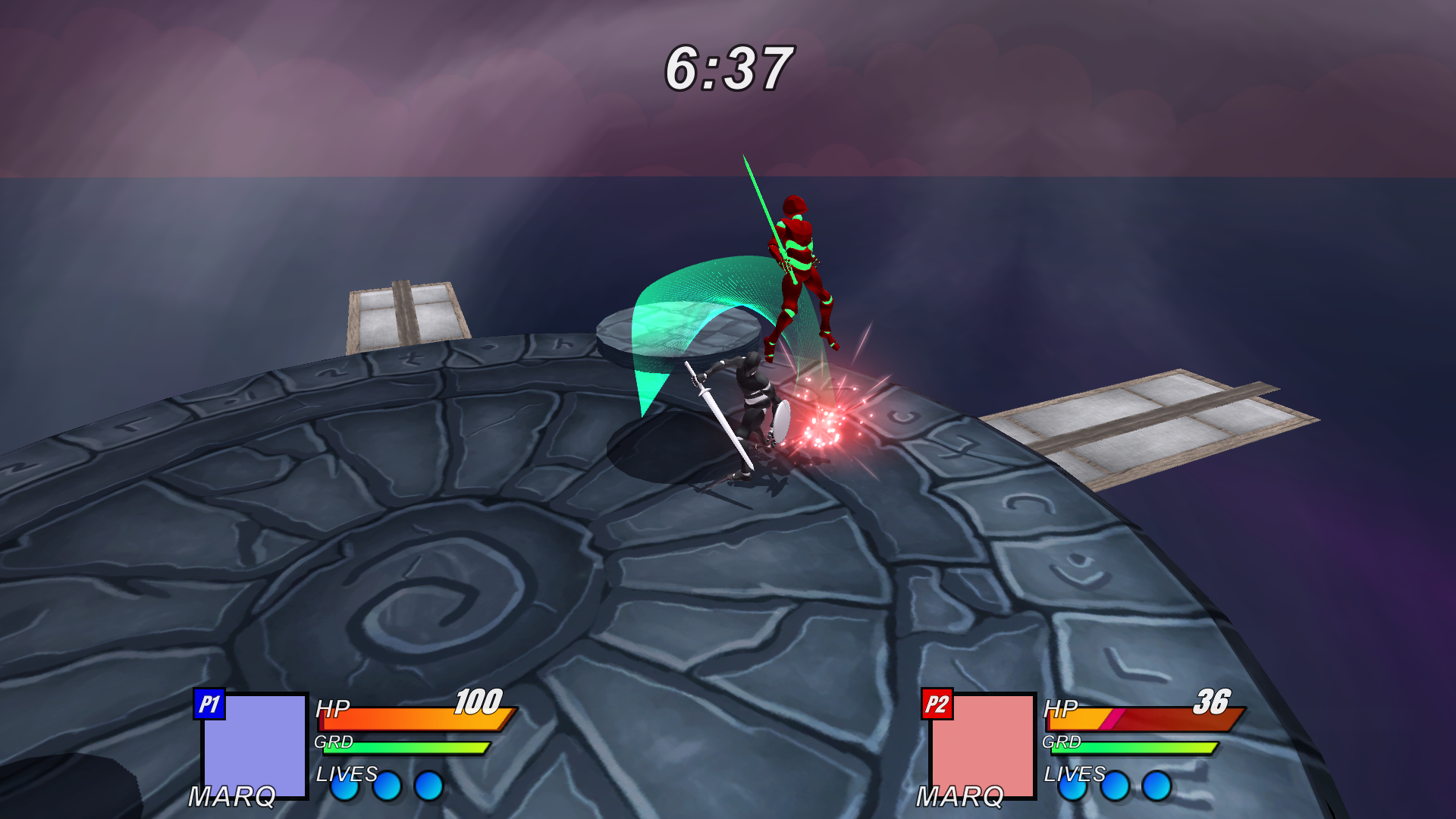 Ah, I love a good arena fighter. Don’t you?

Platform Fighter 3D is a fully 3D Super Smash Bros. clone that seeks to bring platform fighting into the third dimension - moreso, at least. In its current build, you and a friend (matches must be local versus) play as the mostly featureless swordsman Marq, with more characters (hopefully) to come later. Marq seems to have a thing for swords, thorns, and royalty, so he’s probably a pretty edgy guy, eh?

You can mess with the time limit and stocks, set your named costume, and enter one of (currently) around eight arenas. These stages are largely the same, featuring a large central platform in the middle of a void with different moving parts on, around, or below it. There’s no wild ban-able gimmicks or items yet, but who knows what the future may hold. 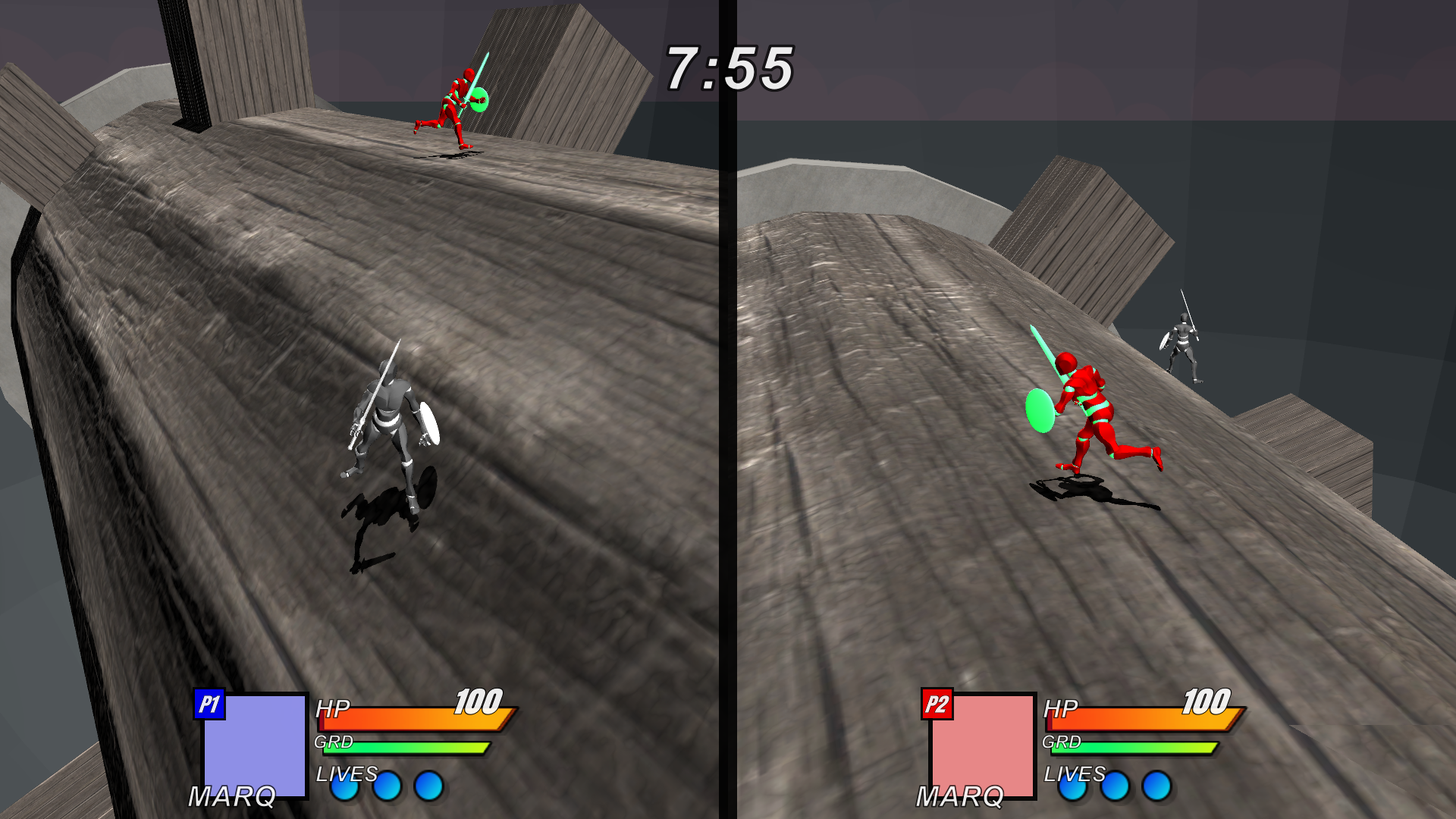 Once you get into gameplay, you can futz with the camera view if you want, and then get to fighting. The first thing you’ll notice is that your guy is pretty slide-y, but that’s just the way things are right now. You’ve got a double jump, a (largely useless) walljump, a ledgegrab, and blocking and dodging. Those last two drain and take a large chunk of your stamina meter, respectively - oh yeah, did I mention that? You have health and stamina meters on top of your standard stocks, so you can be knocked out or knocked off for a life.

Now, the fighting itself. This one’s special, friend; you’ve got a meaty five attack buttons in this arena fighter. Yes, that’s 5 attack buttons. It doesn’t stop there. So you’ve got your shield bash, your uppercut, your down strike, and your two sideways slashes. But if you hold your button of choice, you’ll get a special move. And if you crouch or jump, you’ll get new versions of each! The crouch attacks probably aren’t too useful in a 3D game where the combo system is still in its infancy, but the aerial moves are different enough to be meaningful. There’s a projectile, an uppercut (which can serve as a recovery move), a wide swing that moves down when airbourne, and a couple unwieldy dodge-counters that probably unlock a new level of play when mastered. It needs polish, but it’s a good base.

As I mentioned before, combos aren’t a big thing yet. Recovery frames are too long and strict for them to be common, but it seems you can get something going with a launcher. You can also get Castlevania-esque combos through stringing together the incidental cancels of your downwards aerial special, a dodge special, and a normal attack. There’s a level of tech in play here, I can feel it. You just need to lab it out - and pray that development continues. If not, there’s always Killmaster. 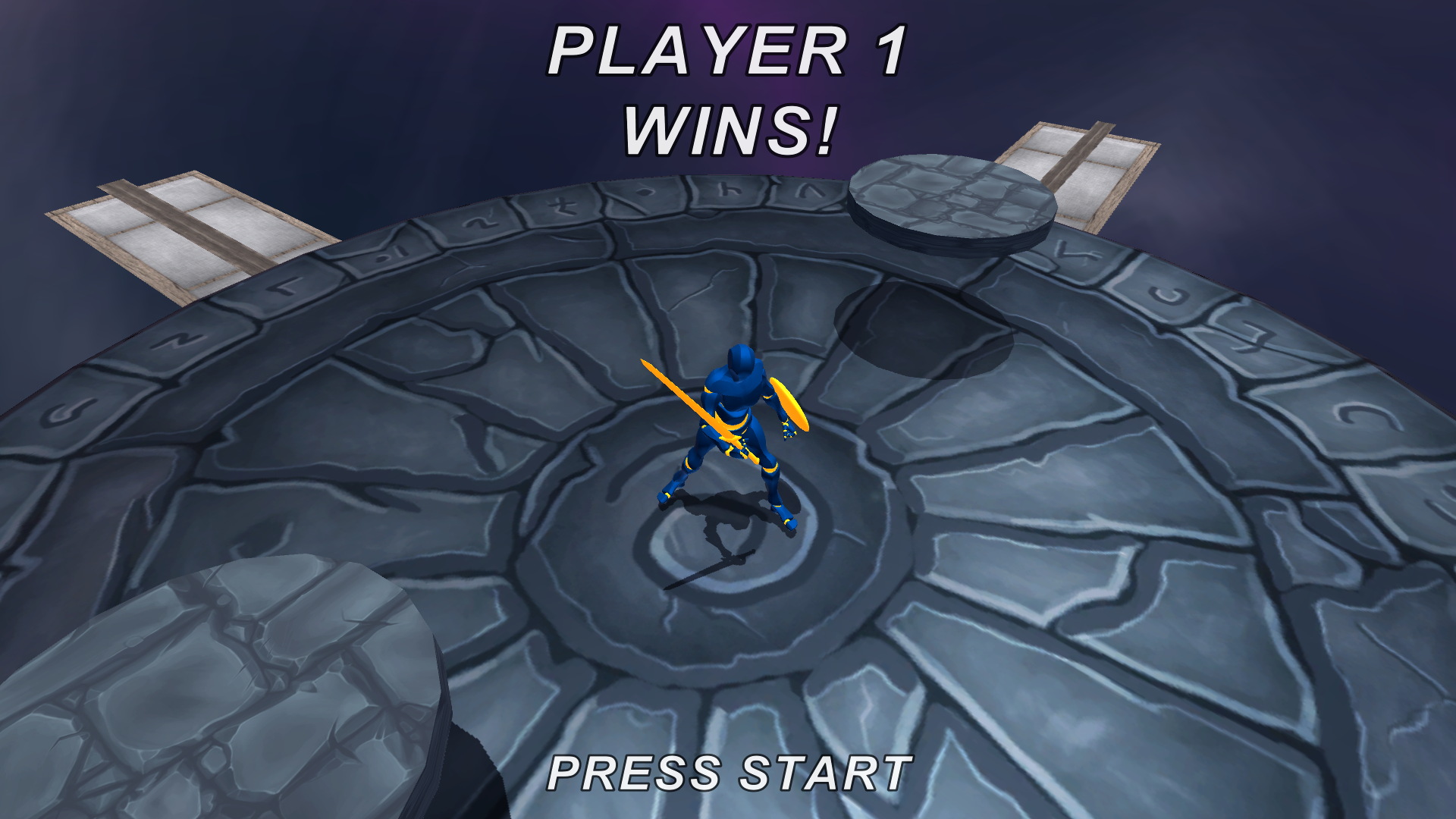 That’s all I’ve got for this one. I’d like to try to do two games per piece, but the intro ate up a small game’s worth of room, and I don’t want to write too much. This was already made at the last minute, so it’s fine as it is! In hindsight, I would’ve liked to have written about Ultra Fight Da! Kyanta 2, which has currently assumed its rightful position on the Steam front page, but that’s just how the cards read.

Any feedback you have is appreciated, and I’ll see you again about this time next week! Buh-bye!

THOUGHTS: The game’s basic actions already feel good, and the music is bangin’! Wish there was a compiled soundtrack, but alas. I’ll need to set up my controller later.