"Before we go into the recap, I would like to thank Sharukurusu for his tremendous help in recapping this month. Without that, I wouldn't have been able to enjoy my vacation as much as I did. Unfortunately, I am not savvy enough with graphics to produce an official banner for him, so I had to do with a bigger sized text (if you can produce such a banner please put it in the comments section). Note that the recap blog of this month is written by Sharu, which should be obvious as I haven't played a single Xbox game in my life. Enjoy." 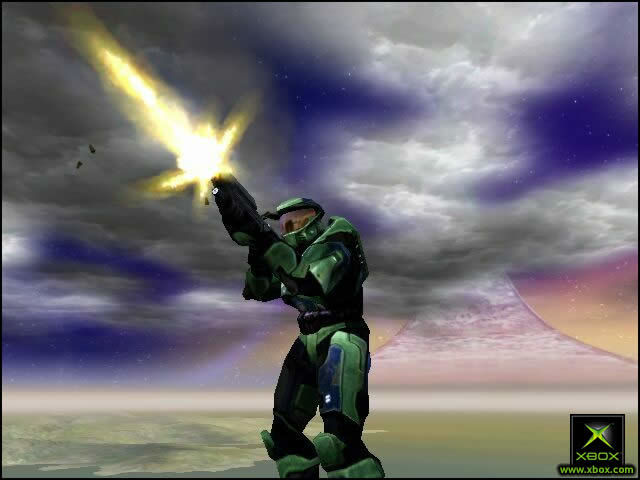 The first time I saw Halo: Combat Evolved was before the Xbox had even launched. Our local Electronics Boutique had a kiosk set up in the store, and if I remember correctly, there was a life-sized Master Chief statue set up there as well. Obviously, the goal was to promote Microsoft's upcoming console, and the hype was easy to get swept up in.

I easily remember thinking that those were the best graphics I had ever seen. If anyone is familiar with the YouTuber Kelsey Lewin, she made similar comments when speaking about the Xbox on one of Metal Jesus Rocks’ videos. Compared to the PS2 (which still felt ahead of its time in some ways) the Xbox was bringing console graphics to the next level. 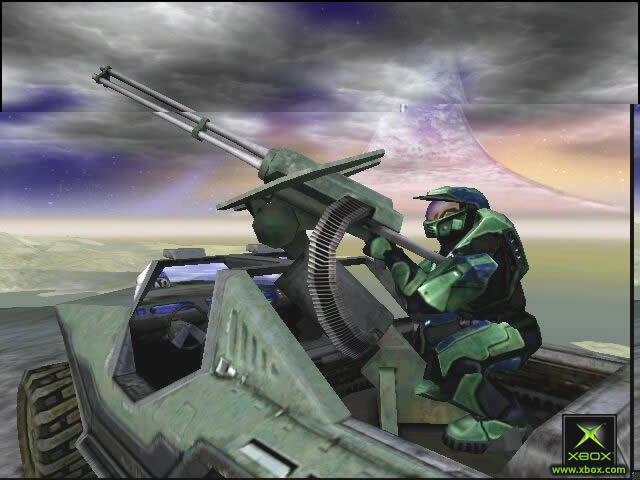 I had a PS1 and PS2 at home, which were my primary gaming consoles. At the time, my neighbor and I were regularly playing Grand Theft Auto III, and like many others, we were blown away by the “openness” of that game and the apparent freedom it allowed the player.

Halo was on another level, though. Back during a time when the prominent first-person shooters were headed towards a multiplayer focus (particularly on PC with Counter Strike), Halo offered players a new and immersive story-driven experience that would shatter people’s expectations just like the original Half-Life. Halo’s atmosphere, music, graphics, otherworldly-ness, and overall bend to destroy aliens was something that I became obsessed with.

Of course, being thirteen at the time meant that I wasn’t exactly raking in the dough. So I never picked up an Xbox. My best friend did, and we played Halo for countless hours, both against one another and in co-operative play. 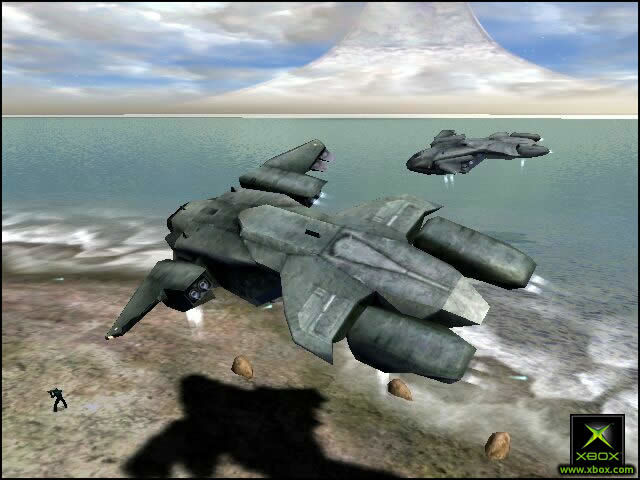 The hype leading up to the release of Halo, as well as Microsoft’s brand new console, was something to truly remember. Back then, I was the only one of my friends who didn't own a Nintendo console (other than my GameBoy pocket). All of my friends had a Super Nintendo and eventually a Nintendo 64. For me, it was all about the Sega: Genesis, the PlayStation, and my home PC. All of the gaming I did on the SNES and N64 occured at friends houses.

After the Dreamcast had faded out of the console market, a lot of people were looking forward to something brand new. And since the PlayStation 2 had somehow managed to (arguably) overshadow both Nintendo and Sega during early 2000s, I believe that both Sega and Nintendo fans were looking forward to something fresh, something that wasn’t PlayStation. The Xbox home console provided exactly that. And the fact that a handful of Dreamcast-bound games would eventually find their way to the Xbox meant (at least back then) that the Xbox was a solid place to find awesome and exclusive games. Both Nintendo and Sega fans could find something new and exciting with the Xbox.

Some time after the release of Halo I discovered Eric Nylund’s novel, Halo: The Fall of Reach. I bought it, and read it, and thoroughly loved it. I tried sharing it with my friend, who was my main Halo companion. Although he wasn’t much of a reader, he did think the story was really cool. I’ll never forget getting absorbed in the Fall of Reach and being sucked into the background story of the Master Chief, Dr. Halsey, and the other Spartans. For me, there’s no doubt that Microsoft Studios created a world that rivals the feeling I would get while playing Star Wars games and reading the Star Wars novels. While researching for this blog, I found out that the novel actually released just prior to the game. 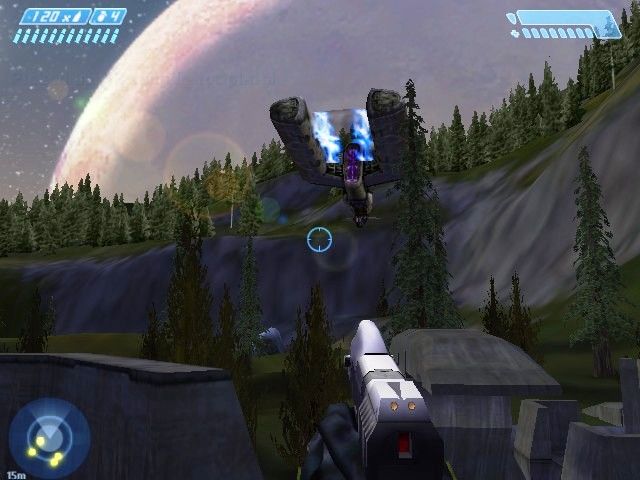 There are some who will argue that Xbox today is a shadow of what it was back then. Although I have never owned an Xbox myself, the console and its flagship game remain very close to me. As a Sega fan, I only realized years later how many Dreamcast and Sega properties made their way to the Xbox. And as a PlayStation fan, I think Microsoft deserves more praise for bringing its classic games to the Xbox One in the form of backwards compatibility.

The truth is, console exclusives are not as big of a deal today as they were during the 90s and early 2000s. During the SNES/Genesis days and the PS1/N64 days, the number of unique and interesting exclusives to each console was through the roof. If you only owned a PlayStation or Dreamcast, you had an entirely different gaming experience than your friend who owned a SNES or N64 (which was the case for me, being on PlayStation).

Personally, I’m a fan of all the major console companies, and always have been. I have good memories with each of them, whether it was through playing at a friends house, or playing the system that my parents bought for me as a kid. I'm lucky, then, that I got to experience the pre-launch days of Halo between playing the demo at E.B., eventually playing the full game at a friend's house, and finally getting absorbed in the prequel novel Fall of Reach. It was a really good time for video games.

Long story short, I wanted to use this blog to celebrate a unique and interesting time in Xbox history. Now that the Master Chief Collection is making its way to PC, I am patiently awaiting its release so I can relive my journey through the world of the original Halo, and I’ll finally get to experience a few of the sequels. Maybe I’ll even re-read Eric Nylund’s novel, just for kicks.

My “good-old days” rant is over. Now, here’s a look at August 2019’s list of Cblogs written by the members of the Dtoid community.

*-In case you've been missing COTW, you're in luck. Check out the latest installment of Comments of the Week!

*- Kerrik52 have been writing quality reviews for nearly two years now, and this review of Hollow Knight is one of his best reviews, and one of the best reviews of the game that I have read.

B- depheonix introduces the newest BoB prompt, inviting you to write not about the main character of the games you play, but the party members who help you in the way.

S - Nior continues with his Brazil of Games series, this time delivering an article where he discusses how the Mega Drive lasted nearly 30 years in Brazil.

A - After all these years of being a Zelda fan, LaTerry finally beats Ocarina of Time! I'm sure you'll agree, it was a long time coming.

A- There are games that fly under everyone's radar, but Nior is on point detailing some of them that were released last year.

S - On time as always, Shoggoth2588 delivers his always punctual monthly gaming journal. Last month, he played Doom and Elite Dangerous, among others.

S- It looks like Kerrik52 is back with his weekly reviews of past games in his "Traveller in Playtime" series:

A - Virtua Kazama makes a return to the Dtoid blogosphere, delivering his predictions for Evo 2019!

A - This blog by CorruptAI125 is all about the pause button and the importance that it plays in video games.

A - OmegaPhattyAcid tells you why you shouldn't buy a high-end PC gaming rig in 2019.

A - Join Toby80 in this nice discussion of Nintendo's many handheld consoles.

A- It was only a matter of time before Dwarvenhobble writes a blog about the Epic Game Store.

A - Is the Link's Awakening reboot pointless? See what Pacario thinks.

A- F-Zero is dead and Calvinbrine writes about why and how it could be revived.

T - After the announcement of the Switch Lite, Retrofraction considers the possibility of a docked-only Switch. Will we ever see such a console?

T - CorruptAI125 tells us all about the walking simulator, Sagebrush

T- If you think freemium games can't get worst, then CorruptAI125 is here to correct that notion. It looks like Gears Pop! is infested with monetization tricks that could be the most disgusting bullshit cocktail I ever saw.

N - umeradil17 delivers a short and not comprehensive look at the games coming out for the rest of 2019.

R - Have a look at Torguebow's review of Crysis

T - take a trip down memory lane with Xeo, as he discusses his relationship with Destiny

T - Our boy Sapato64 plays Shenmue for the first time. Check out what he has to say!

R - There's always room for more reviews, and we have another review for Fire Emblem: Three Houses by ConvoyJon

R - There's no shortage of reviews this month. Check out GajKnight's review of, well, you know...

R - Rudorlf gives us his casual and biased review of Roombo: First Blood. And no, it's not a vacuum cleaner!

R- Reviews were not very enthusiastic about the PlayStation One Classic, and Nate Doktor does not change that perception.

T - Do you wonder what the hell happened to Respawn Entertainment? Dtoid's own Jim Kelly does too.

T- Nate Doktor is satisfied by the ultimateness of Super Smash Bros. Ultimate.

T- He was also satisfied by Undertale as well.

M- PhilsPhindings continues his excellent series where he looks for similarities between famous videogame tunes and other music from different sources:

A - For those of us who need to be cultured, maybe we could learn from triggerpigking, whose art commissions are open to the community again!

A - KodokunaTenshi gives us a quick look at one of his latest art pieces.

S- I love board games, but it is very difficult for me to play social deduction games like Human Punishment, which Palvikinkku gives a very good review.

R - ConvoyJon attended Play NYC, and he tells us about his experience there as well as all of the games he played.

R- This blog could be developed into a really funny article, but EricWeicchart idea about microtransactions becoming a sport between publishers is not expanded enough.

R- I don't understand exactly what Damien Quicksilver is on about here.

R- As is usual, I have no idea what Aurachad is about as well.

? - I don't understand this blog by Plissken but maybe that's the point?