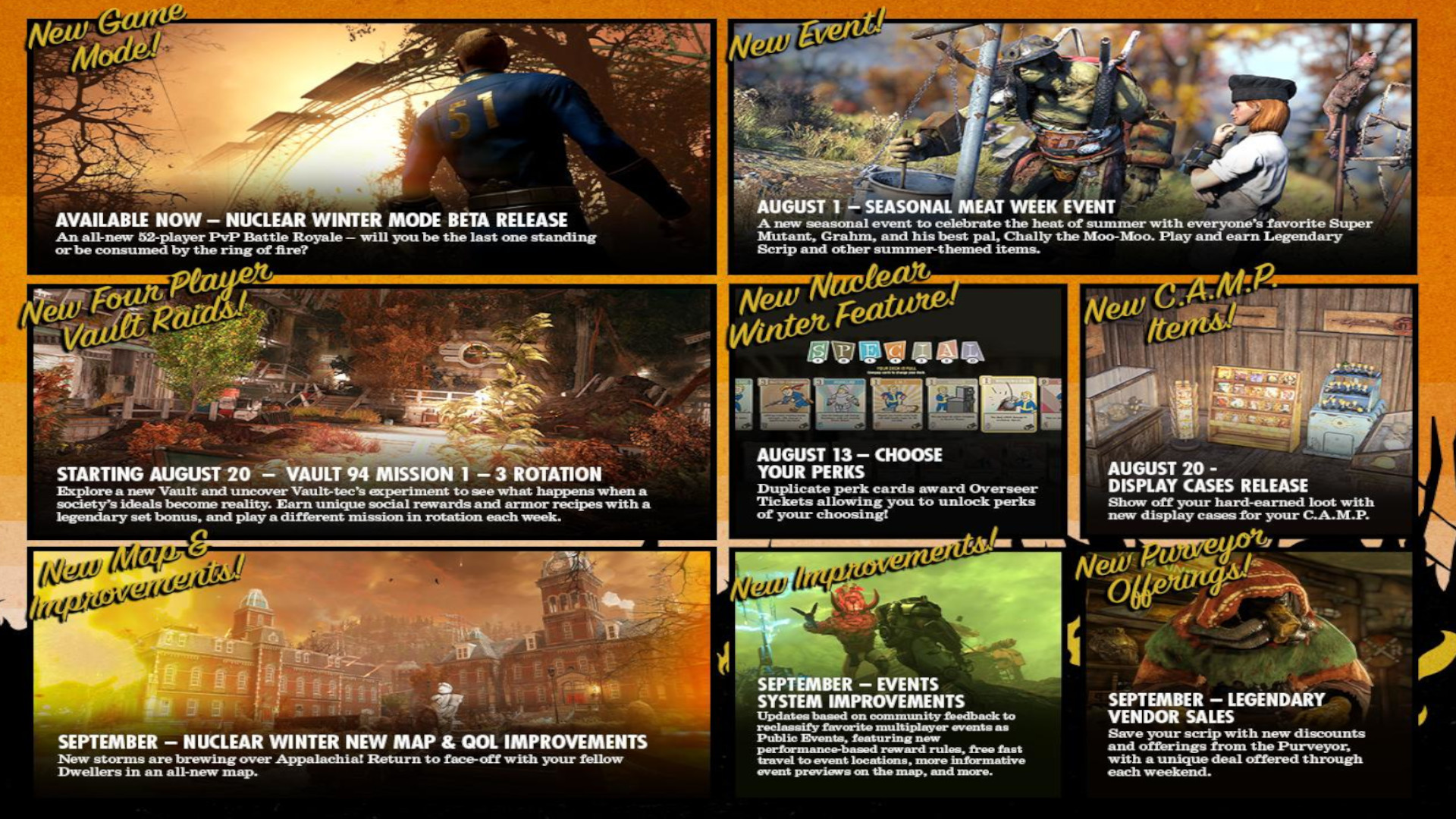 Fallout 76 was a pretty critical flop, something that fans can only hope they have learned for the ongoing development of The Elder Scrolls: 6. The sad truth is that it seems like they are trying to make the game better, but oftentimes they're failing at this attempt. They've recently released a roadmap of content to come up to September.

The content that is to come includes the battle royale mode, Nuclear Winter's beta now available. Nuclear Winter is a mode that throws the player into a 52-player fight to be the last one standing. It doesn't sound any different from others of its kind. Why break what isn- uh . . . I'll not finish that sentence.

Players will get to take a peek inside Vault 94 with a mission tied to it on a weekly rotation starting August 20. To incentive players, you can earn "unique social rewards" as well as armor recipes. This addition will also tie-in four-player raids.

The roadmap indicated that sometime in September a new Nuclear Winter map will be released. If you're taking part in its beta, what do you think of it?

Bethesda will be taking a step toward improving their events and systems around September. This is mostly due to public opinion if you couldn't imagine. There's more, but the rest is a little . . . meh-worthy like them adding the display case and weekend sales from the Purveyor.

Do you think Fallout 76 can be saved or will it forever be as broken as a Super Mutant's nail board?