[Before I begin, I'd like to apologize for the incredibly long wait to get this out. Life got the best of me and I promise to work harder to fulfill my own deadlines for future posts.]

Destructoid Draws: Pokemon
Gretings! My name is Professor Zombie but my colleagues lovingly refer to me as The Pokemon Professor.
Did you know that world is inhabited by strange and horrifying creatures known as Pokemon? Some people live along side of them as friends while others train them to battle with such destructive force that often claims lives as collateral damage.
New species of Pokemon are discovered every day. Here are just a few from our own community. 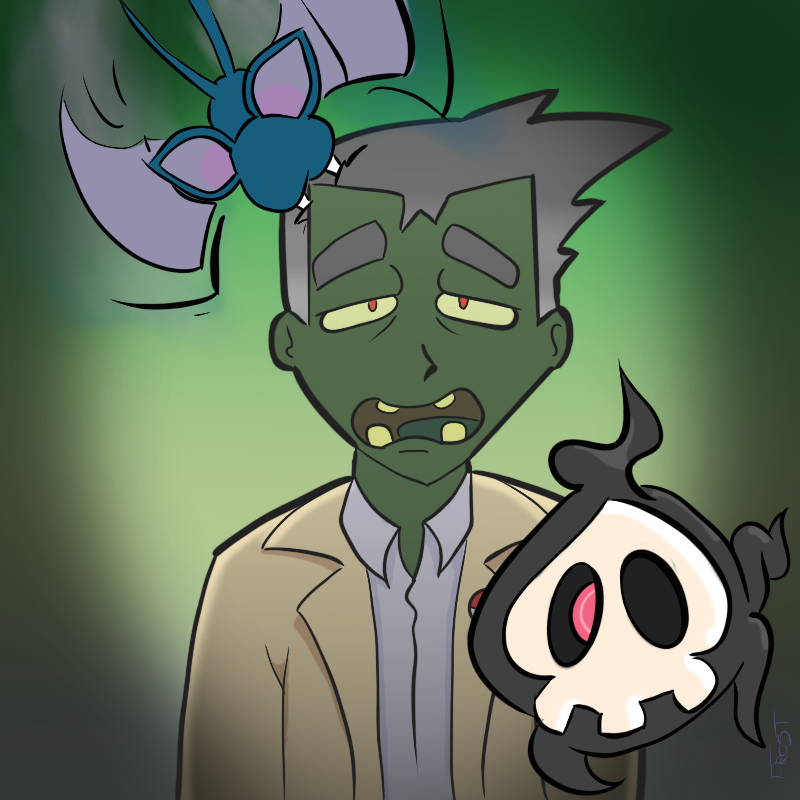 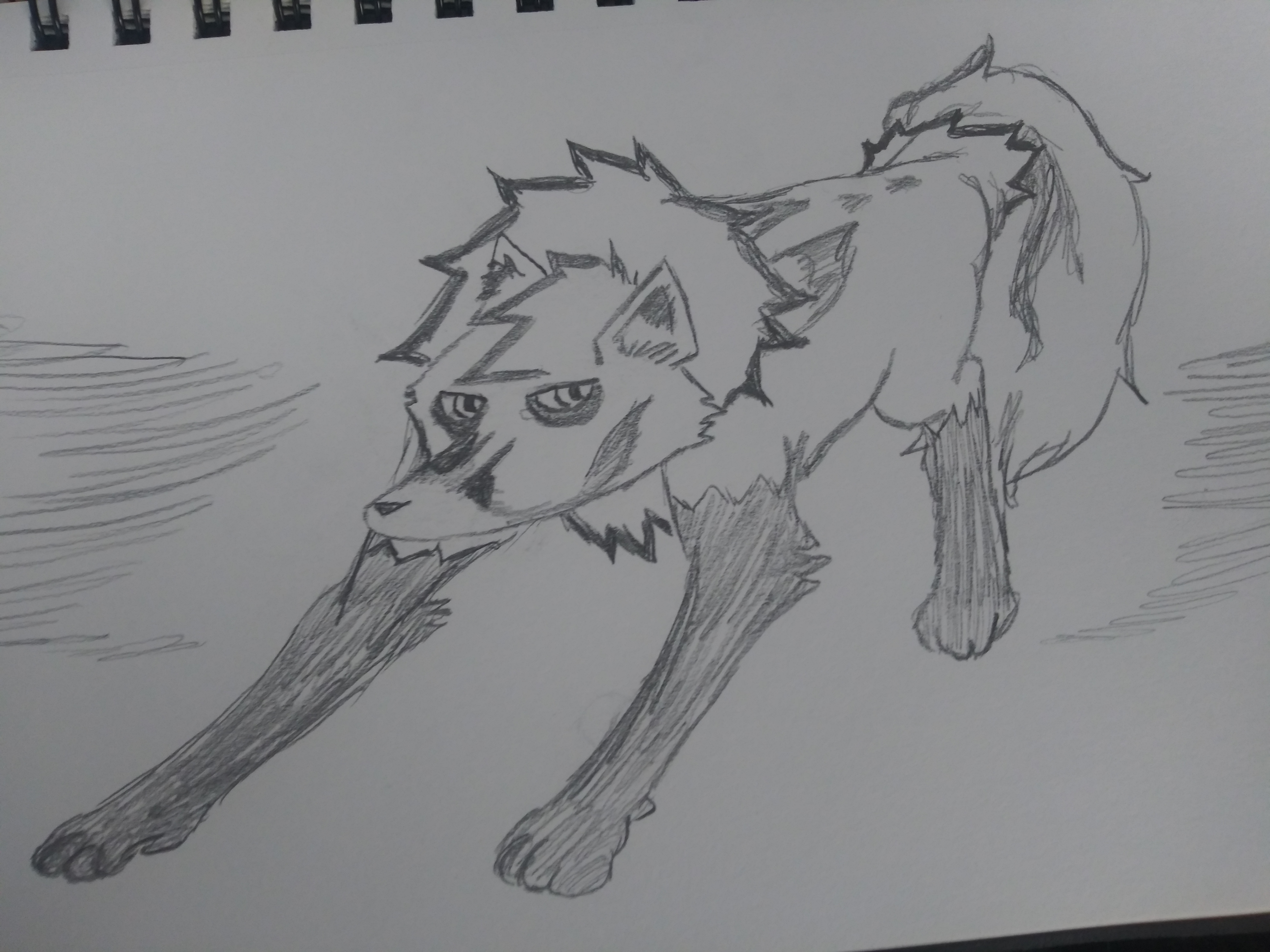 Blimane - Poison Type, the Blight Dog Pokemon
Once considered a myth but once it was officially doscovered, confusion over what it was didn't immediately disappear. It looks like a wolf or fox but is it's own species closely related to dogs. It naturally emits a sort of mist which smells similar to the musk Skuntank and Stunky let out. 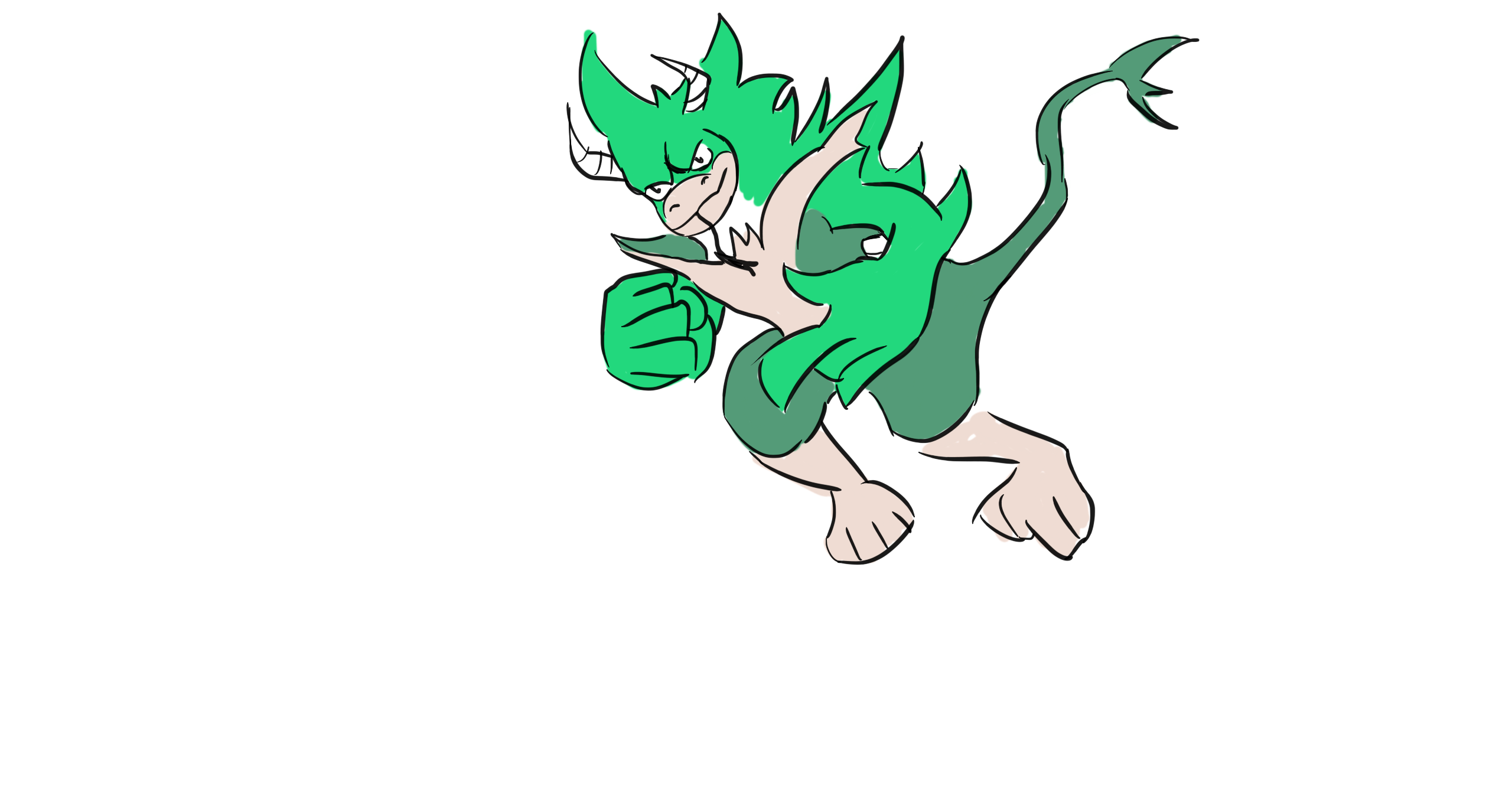 Gladeron - Dragon, Grass, Fighting
Located in the mountains, these dragons spar all day with each other but untimately travel independantly. Gladeron cannot fly but they can jump very high to different mountain peaks. 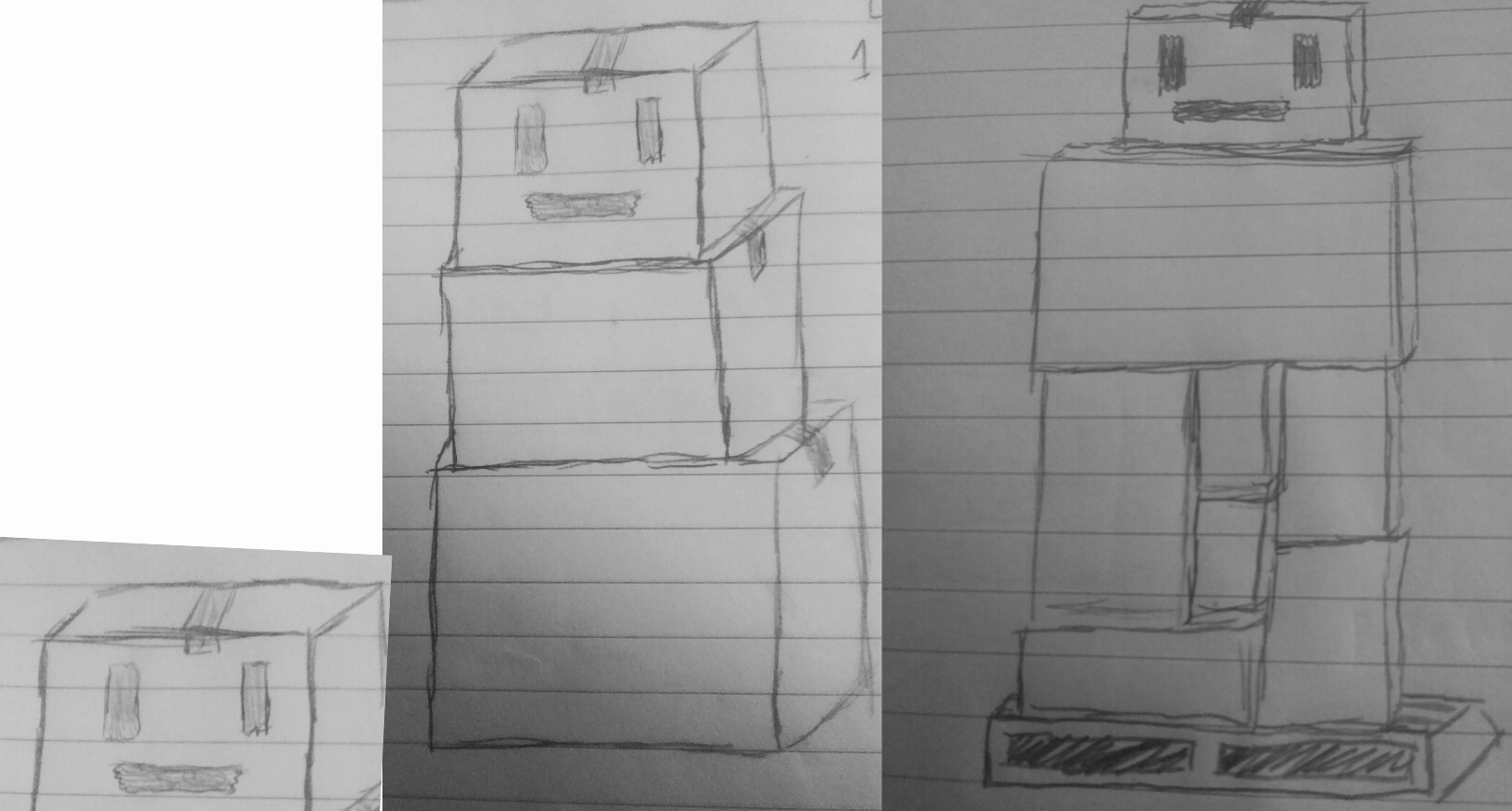 This family of box-like Pokemon is known to devour parcells from the back of delivery vehicles and hiding in its place. This Pokemon is often the reason for delivery driver disappearances. 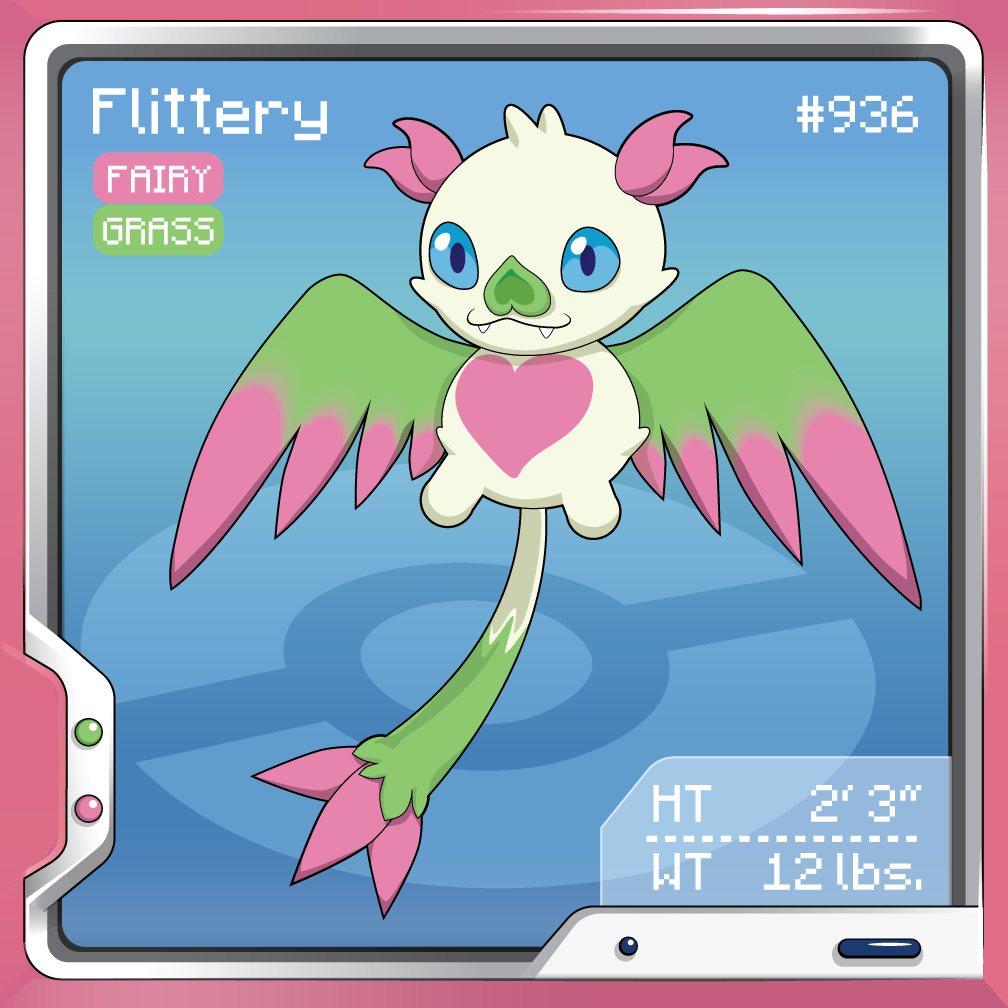 Flittery - Grass, Fairy
Not a Digimon. Do not sue! 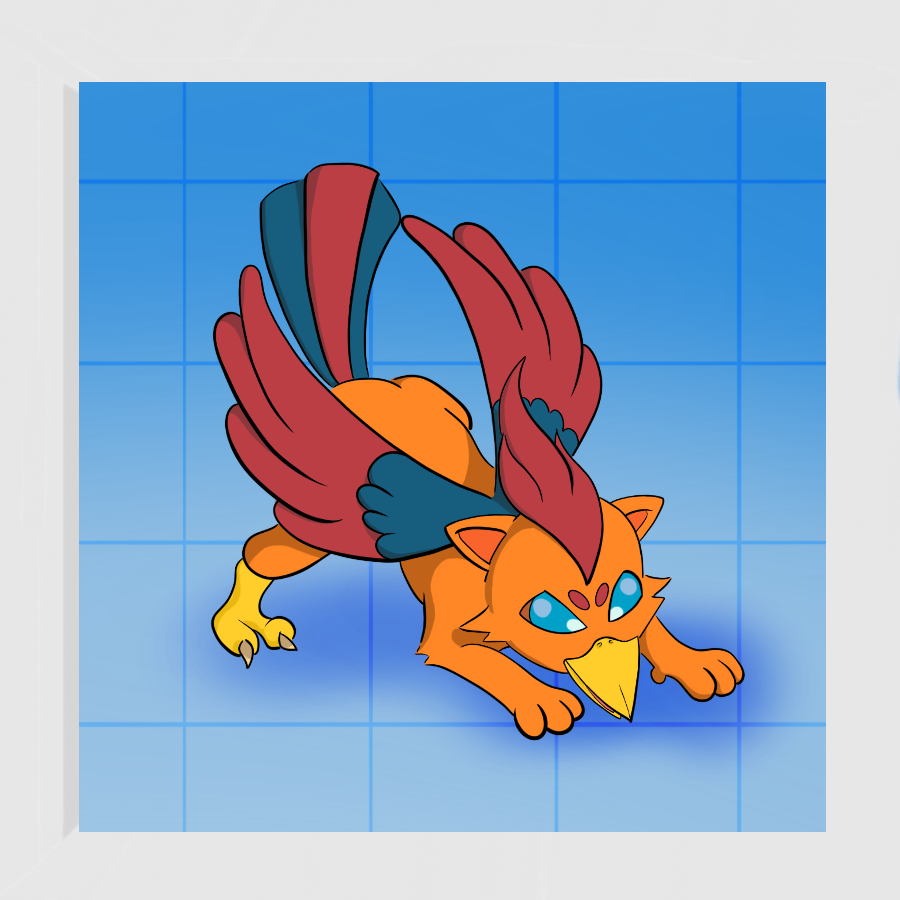 Grifenix - Fire, Flying
The Grifenix is capable of creating flames that are hot enough to melt stone. Likes to hide in small boxes and knock things off of tables.