This blog has been a long time coming. Cats are the best animal on planet Earth and quite possibly the whole universe. They are adorable killing machines that don't take no shit from no one. But they are also empathetic when empathy is deserved. They don't crave constant affirmation that they are good (unless treats are in the area) and are perfect portraits of self confidence. They live by their own rules and ethics and boy do I respect that.

And they're soooooooo cute with their cute ears and tiny toe beans and boop-able noses and regal tails and fluffy bellies and AWWWWWWWWWWWWWWWWWW!

So, here is an incomplete list in no particular order of my favorite kitties in video games. I'll probably do a part 2 of this at some unspecified time in the future. As always I want to hear your picks too! 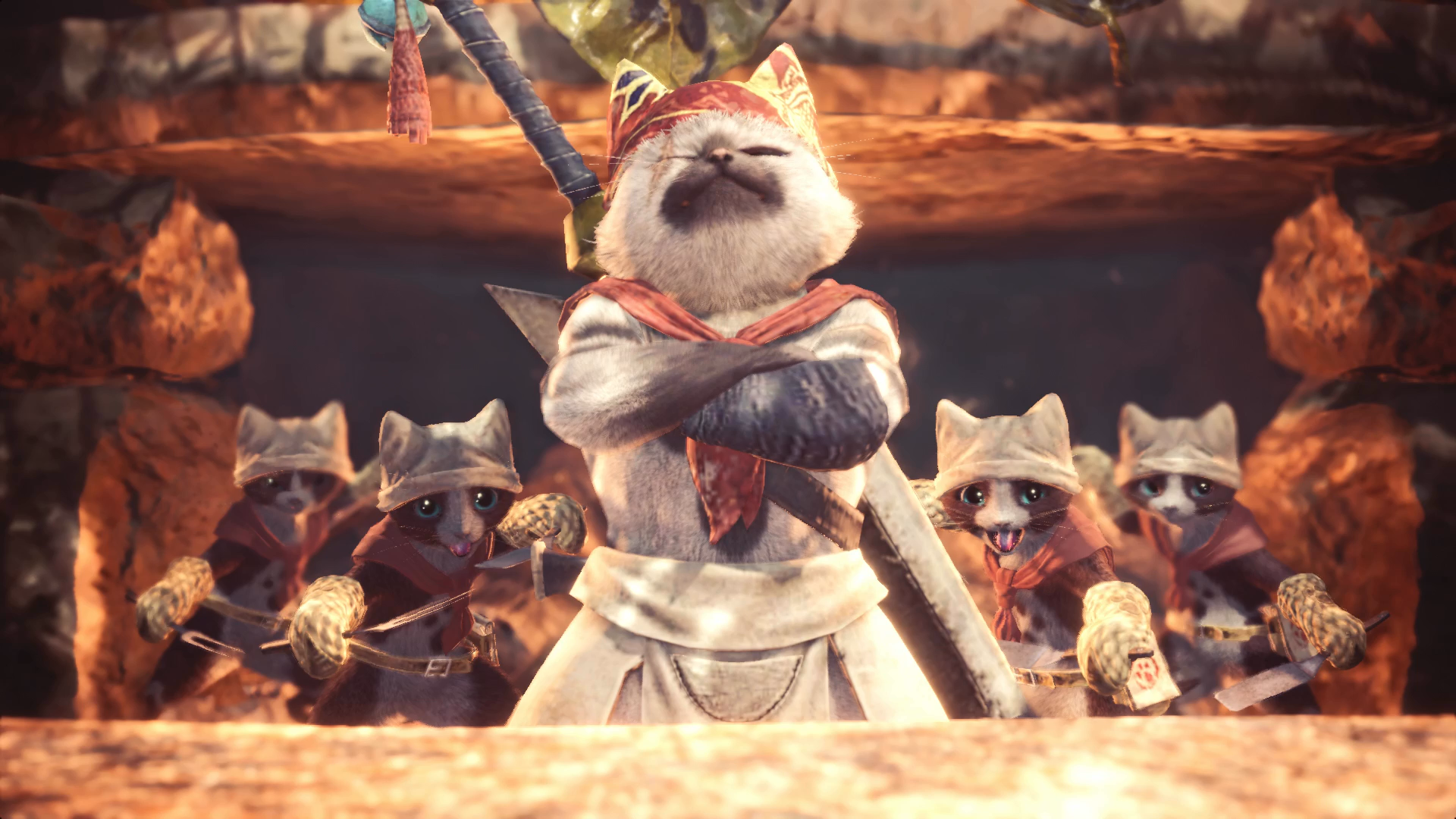 If you know me you should know my three favorite things are kitties, video games, and cooking. How could I not be totally enamored with the Meowsculer Chef! He is a bad ass kitty with a bandana that cooks up massive meals to give me a boost on my dinosaur murdering rampage. He is a master in both commanding his kitchen and is insanely skilled at presentation arts.

Don't let his gruff demeanor scare you, he's really a sweetheart that cares deeply for all the dinosaur murderers in Astera! 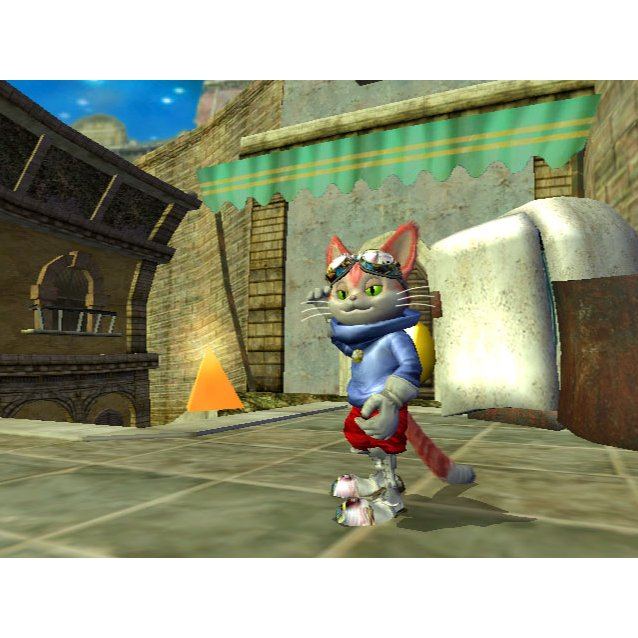 A hidden gem of a game. This Xbox game was one of the first to successfully utilize time manipulation mechanics in gameplay which led to one of the best collect-athon 3d platformers around.

And Blinx is an adorable kitty with a chipper attitude who controls the flow of time with a vacuum! I mean, how freaking adorable is that! How this game became forgotten is beyond me. Microsoft were ahead of the times I guess.

Another hidden gem. Shadow Hearts is one of the most cat shit crazy JRPGs you'll ever play. For example, there's Mao. A film director cherubic kitty who wants to be an actor (the pagoda mission is fucking amazing! ), takes no shit from no one, loves a good drink, and...... Is best friends with Al fucking Capone!

I mean, how cool is that! She's so precious! 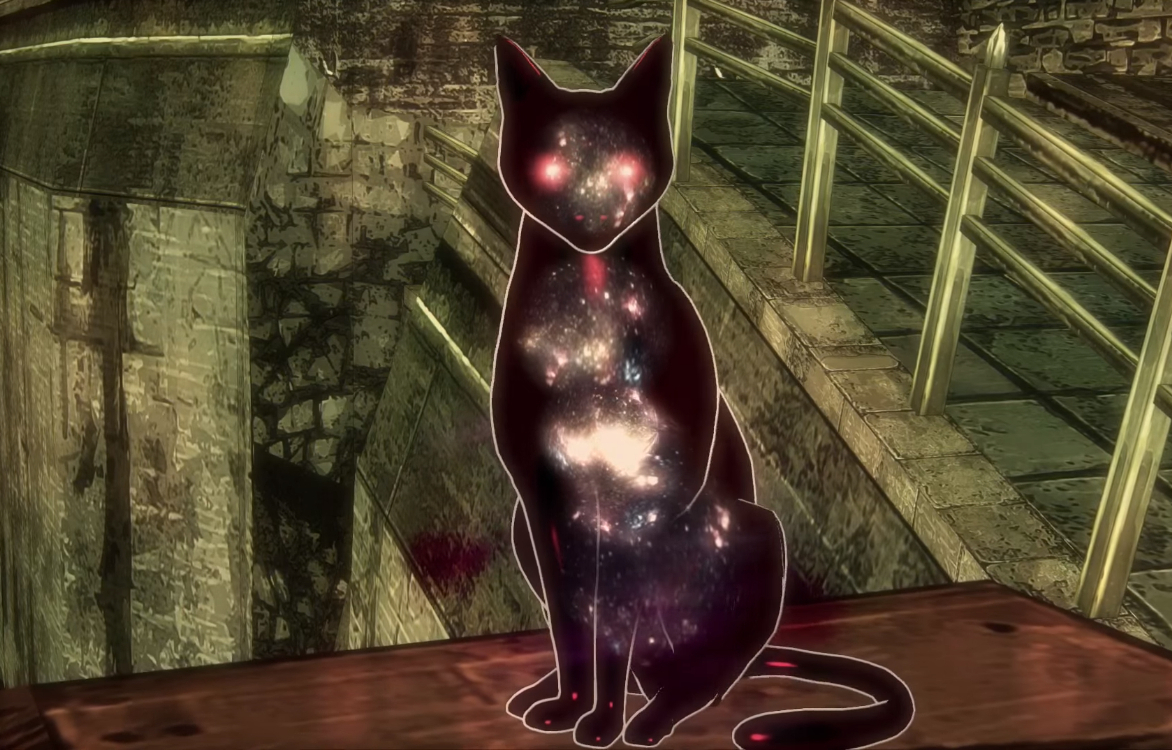 Dusty is the physical embodiment of what every kitty thinks of herself. Dusty is literally the universe.

She grants Kat (hehe) the power to control gravity like a kitty. And as you all know, cats don't obey any laws of nature. So with Dusty's power Kat is free to move anywhere she wishes and through whatever dimension too! 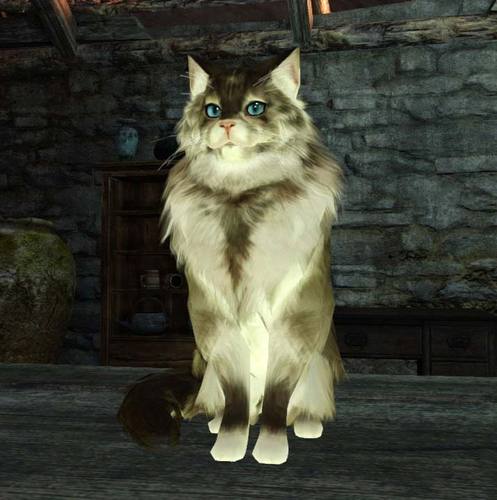 To be honest, Dark Souls 2 is a massive letdown compared to the rest of From's catalog. It's worth playing if you like From's games and would like to see how a massively flawed game could still be engaging. But whatever, most importantly and nearly single handedly makes DkS2 worth playing is Sweet Shalqior.

A regal floof who lazes about commenting on your odor and why kitties are more superior beings. A cat if there ever was one. She also collects rings to sell to you for a nice profit. Such a cutie business-kitty!

And sometimes you can catch her sitting at her desk in a chair like people!  OMG AWWWWWWWWWWW!

Mae - A Night in the Woods

Mae is a cutie most of us can relate to. Struggling with depression and trying to find meaningfulness in her life she drops out of university and returns home to try to get her mind right, maybe. Trying to reconnect with her old buddies and getting to know some others she had dismissed when she was younger, a murder mystery helps her start to come to terms with herself. Self growth is rocky and being with Mae helps show it's like that for everyone.

She's a beautiful black kitty (my favorite!) and so often I wanted to reach  through the screen and give her a big hug (or a light slap because she's being a selfish dumbass).

Here's a pic of my two kitties Floki and Freyja! Have a great day!