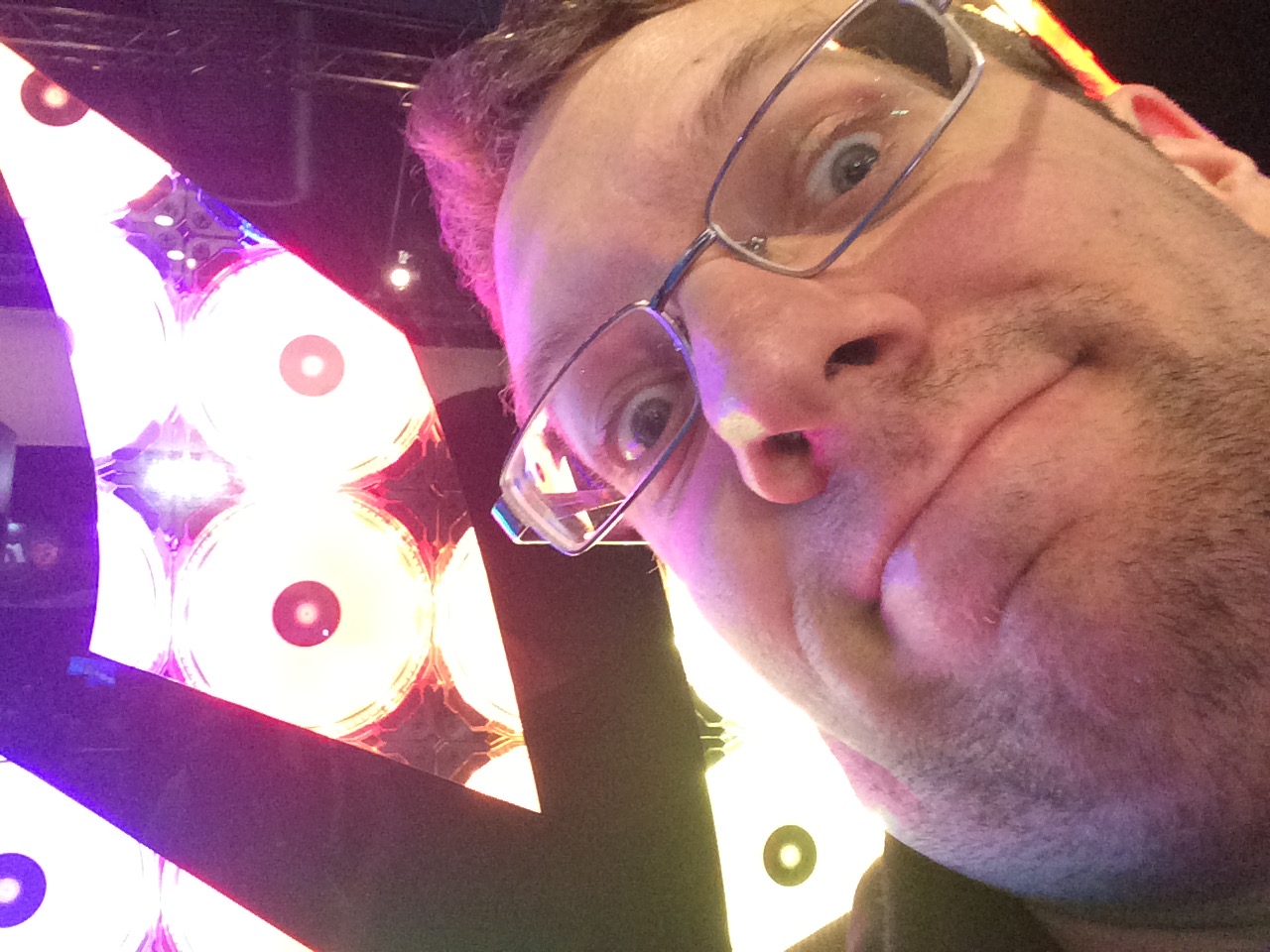 Yep, that big mug is mine.  I have gained a little weight in recent years, but the way I pose for my facial expression squashes my shoulders under my neck skin and pushes it up.  Also, this was taken at EGX 2018 in Birmingham.

Hey there, everyone. It's the guy who pops up every now and then to comment on Destructoid articles and makes Quick Posts about stuff he saw at a games convention months ago. I hope you're all doing fine. I've had some sessions a little while ago with a counsellor who noticed that I have a mild form of Asperger's Syndrome, which should explain why I had trouble getting along with people and interacting socially. Apart from being able to manage my anxiety a bit better, feel more confident about myself and dealing with stupid things at work with a lot more composure (in spite of the increasing downsizing), I'm still the guy who doesn't give out too much information about myself because I don't want the extra hassle of me and my family members fretting about what I put down. I have given a little about my background on a community-blog a long while ago and not much has changed.

As some of the longer-term members may know, I sometimes did a bit of community-blog posting on here. As you'll see from some of my work, they range from being decent to sucking a lot. For the longest time, I felt more comfortable with how little I needed to type and just displaying one or more thoughts in under approximately 250 characters. However, in recent months I've been itching to get back to long blogs for a couple of reasons. I felt I had to exorcise something that needed some closure.
A long while ago, I did a blog for a community topic that got front-paged. The resulting work was a fit for the topic, but I was convinced after a while that it wasn't very good. I got called out in the comments section by one particular person about an issue or two. They were right. Ever since that time, I had been more aware that the effort I had been putting into blogs (and subsequently, general comments on the site) afterwards. I didn't take enough time to think about how to finish a blog properly, which on more than one occasion, I felt I missed an opportunity to end the prose in a fitting way. But the most concerning issue that has appeared is that I don't seem to be doing enough in the way of fact-checking (and on things I've read that my memory twists into something else) when I'm looking at the subject I'm commenting about. I'm sure some of you here have had to correct me on certain things when I put down my views without looking at the process or whole picture. I hold my hands up and say, 'I'm wrong, I've been lazy and I'll try to do better at looking at facts, thanks for correcting me' and everything is hunky-dory. I don't want to be the living equivalent of Cunningham's Law. If I start taking the lazy attitude into the blog (on something that needs fact-checking, rather than the blog that has the cleverly dorky vein of comedic value that doesn't rely on truth which everybody is in on), then no-one is going to be impressed if they read it. Just please be gentle when you see something that doesn't seem to add up, but call out in the comments, ok?

What I'm trying to say is that I effectively 'ran away' from something I felt I was knowledgable in after I made a mistake, only to realise that what I needed to do was return and sort the issue out. Then I'd stop looking back at something I regreted a little and forge forward, and when I make a mistake, learn from it and continue. That's why I'm doing a new blog post on Morrigan from Darkstalkers with a lot more care put into it. I need to get back to something where I had a voice, where I would be able to provide something to myself and the community at the same time, and create more meaningful bonds. Plus, I've got to stop expecting a front-page each time; just do the best blog you can, Batthink, and move on to the next one. Not only that, but there are some things in other blog topics that I feel are so important, I need to get it down somehow to alert people to, relating to multiple current events that are already sweeping a lot of people along in terms of feeling. 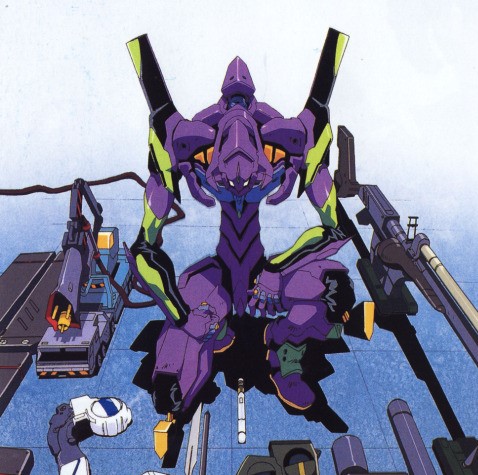 On the subject of not running away, I'm still putting down words from time to time to my Evangelion blog on a writing pad. Yes, I have been saying I'd get around to it, but I'd rather walk with some shorter blogs before I can run. Who knows if I can get around to it if my other stuff becomes popular enough to need much more attention? All I can say is this; I'm planning at least two blogs with an effort towards a triptych, one very long one (and I mean long; to actually understand what the director intended with the television show, you have to go through the history of Gainax and some of the homages, one of which has its own mysteries to solve) to start with; then one to break down one specific homage, Mobile Suit Gundam, into subjects and context; and if I can get some important feedback from someone who has more knowledge than me on experiences I don't have, the last gets back to Evangelion's main character to highlight his habits (alongside a few other players in the show), put those into context, and work out where FLCL and Gurren Lagann fit alongside the aforementioned media. If I don't get the info, it will just be the former two. And then, I have to work out if it is really necessary to put the blogs on Japanator (where the blog subject belongs, but doesn't have much in the way of internet traffic to get attention) and Destructoid (enough internet traffic, maybe not many will appreciate more anime stuff on a gaming site), before lobbing it over to a bigger anime site community blog and see how that goes. Overall though, I don't have to worry about that yet. It'll be quite a while away.

Finally, I've been chronicling my journey, on Easy difficulty, on a game in my Steam library. It's called Convoy and you may have heard of it as some kind of cross between the randomness of FTL in a Mad Max-themed wrap (you can see a screenshot of the game in my new header). Since I can rename units to represent certain Destructoid members, I've managed to create a quick narrative around that. I won the game a long while ago, so I've got some use for it now! 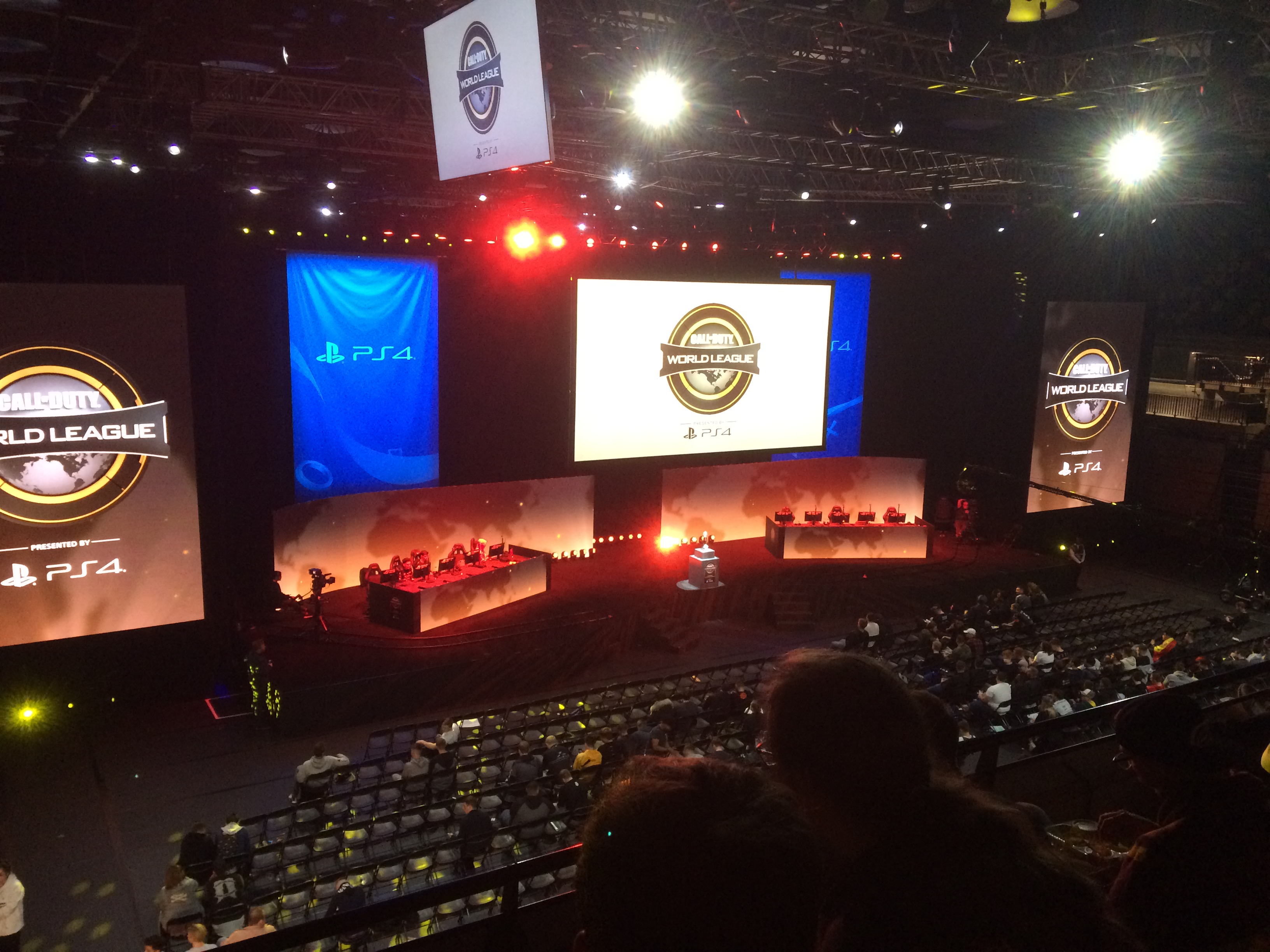 Not much to do with this blog post other than the last gaming event I went to, the Call of Duty World League in the Copper Box Arena, Stratford, London.  Pretty good event, but for one major improvement, there should be more to do outside of watching the action (which was nail-biting at times).

One final thing is that whilst I can get screenshots and images for what I want for the Convoy and Eva blogs, I may need a little bit of help for the one with Morrigan as a subject. I'll make this a bit of a tentative step towards a call-out for people to create some artwork for my blog post. I'll approach members like Triggerpigking first, who can regularly do some good quality work, and if there is a bit too much going on for Trigger, maybe I can hand a draft image for those who accept the challenge/chance to scribble, then maybe if I'm satisfied, I could offer an incentive... a very small one, don't you go thinking I'll give a full price game or something. Only as much as a part-time worker in the UK can afford. I'll send out a call in the Quick Posts when I need your artistic skills.