Oh hey, good morning! We're back with some more old comic book ads to take a lookie-loo at, so I sure hope you enjoy this trip down advertisement lane.

This one is from the second issue of Lobo, a DC character of very 1990's repute that my older brother seemed to enjoy for a time -- so much so he had a blow-up made of this issue's cover. Speaking of the cover: 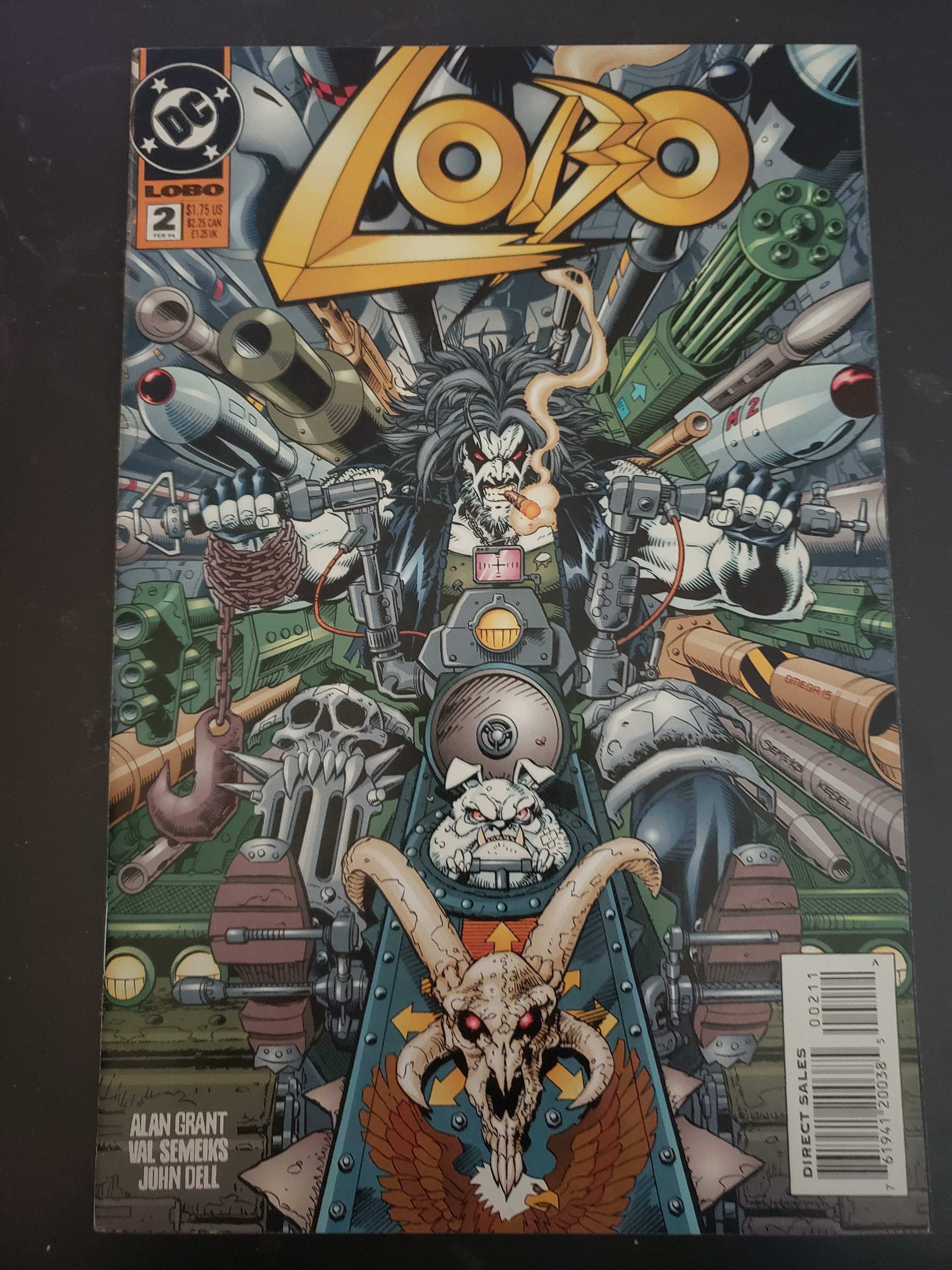 Not a bad thing to have as a poster in your bedroom as a teenager, I suppose.

The first ad is an ad for Front 242 which Wikipedia has helpfully informed me is a "Belgian electronic music group that came into prominence during the 1980s. Pioneering the style they called electronic body music, they were a profound influence on the electronic and industrial music genres." 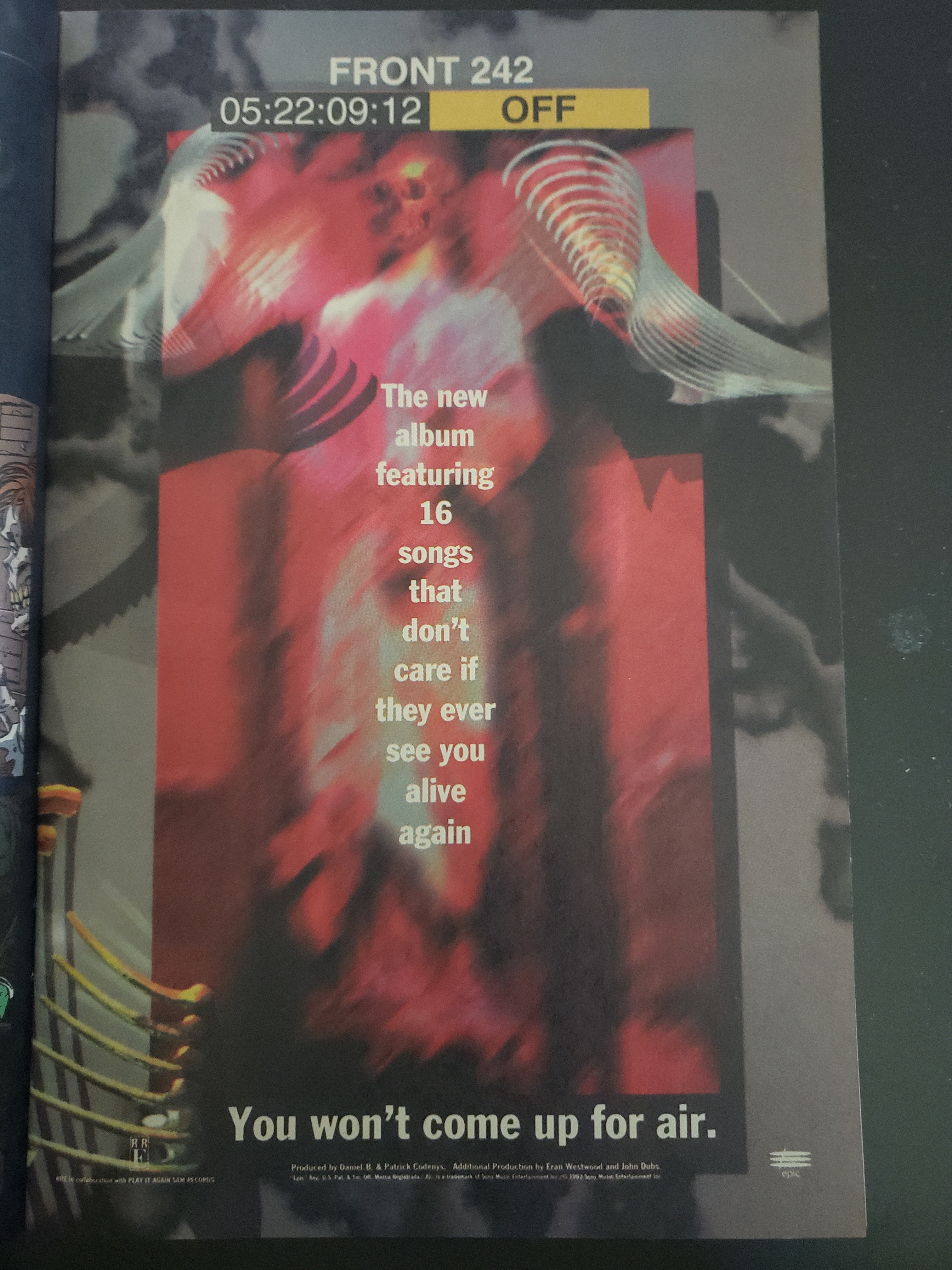 On to the second ad which is a two page spread for some football trading cards. This ad's copy highlights how much people used to denote the year as [apostrophe year number]. Not a lot of "Game Day '19!" ads going around today, it just doesn't sound like a year it sounds more like the 19th game day... 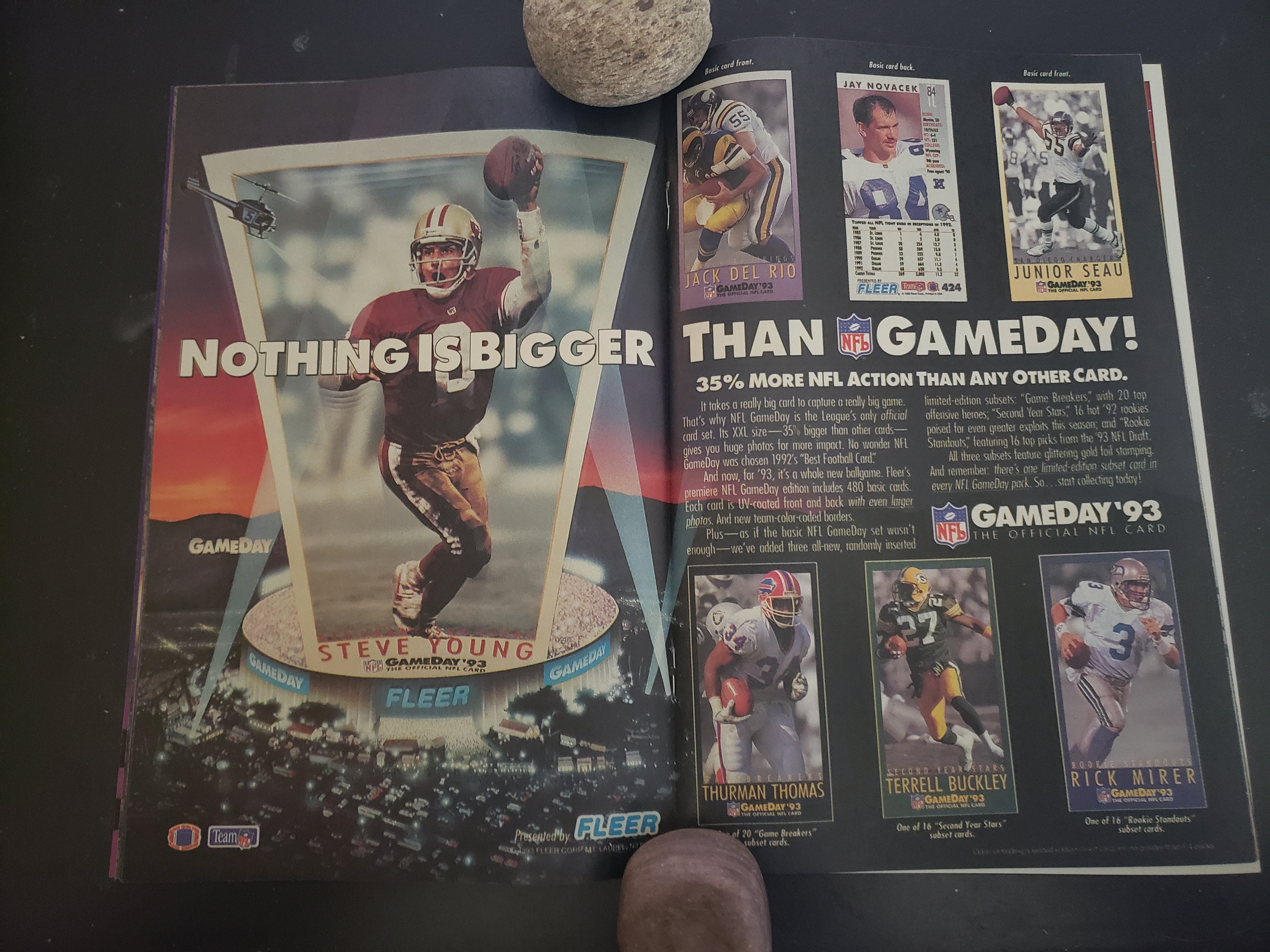 The third ad is one to really take a look at. It's a public service announcement-style ad for the National AIDS hotline, and produced by DC. We have Green Lantern swooping in and informing a crowd of people that gay men aren't some sort of AIDS-leper, outlining specifically that you can't catch the disease through "casual contact", that gay people aren't the only ones who can or do have AIDS and that "you can't protect yourself by driving people away", which is an incredible line all to itself. "Fake news" is a new term for an old situation. 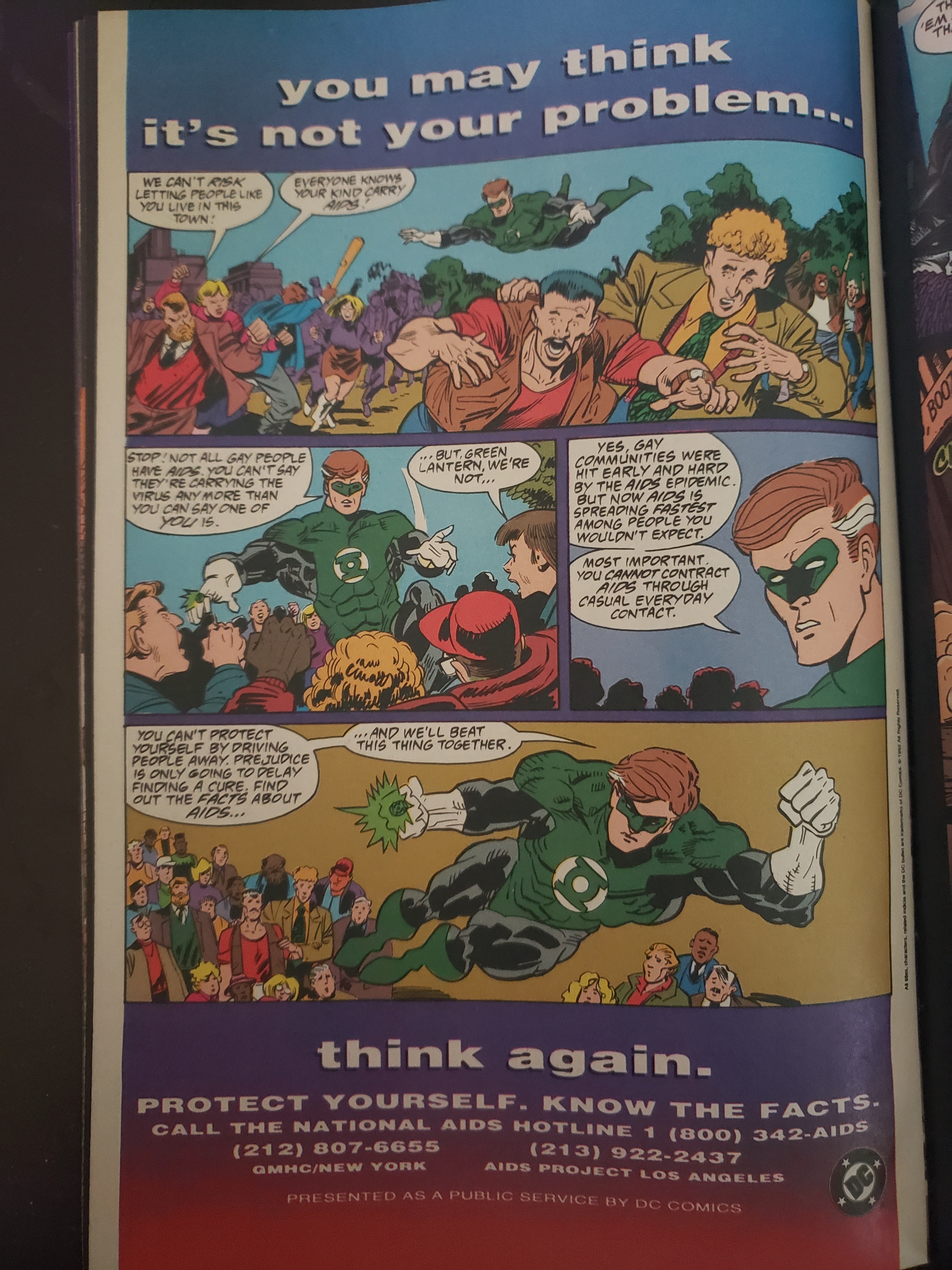 The fourth ad closes things out with one by Fleer (again) for basketball trading cards interestingly framed as a newspaper headline. 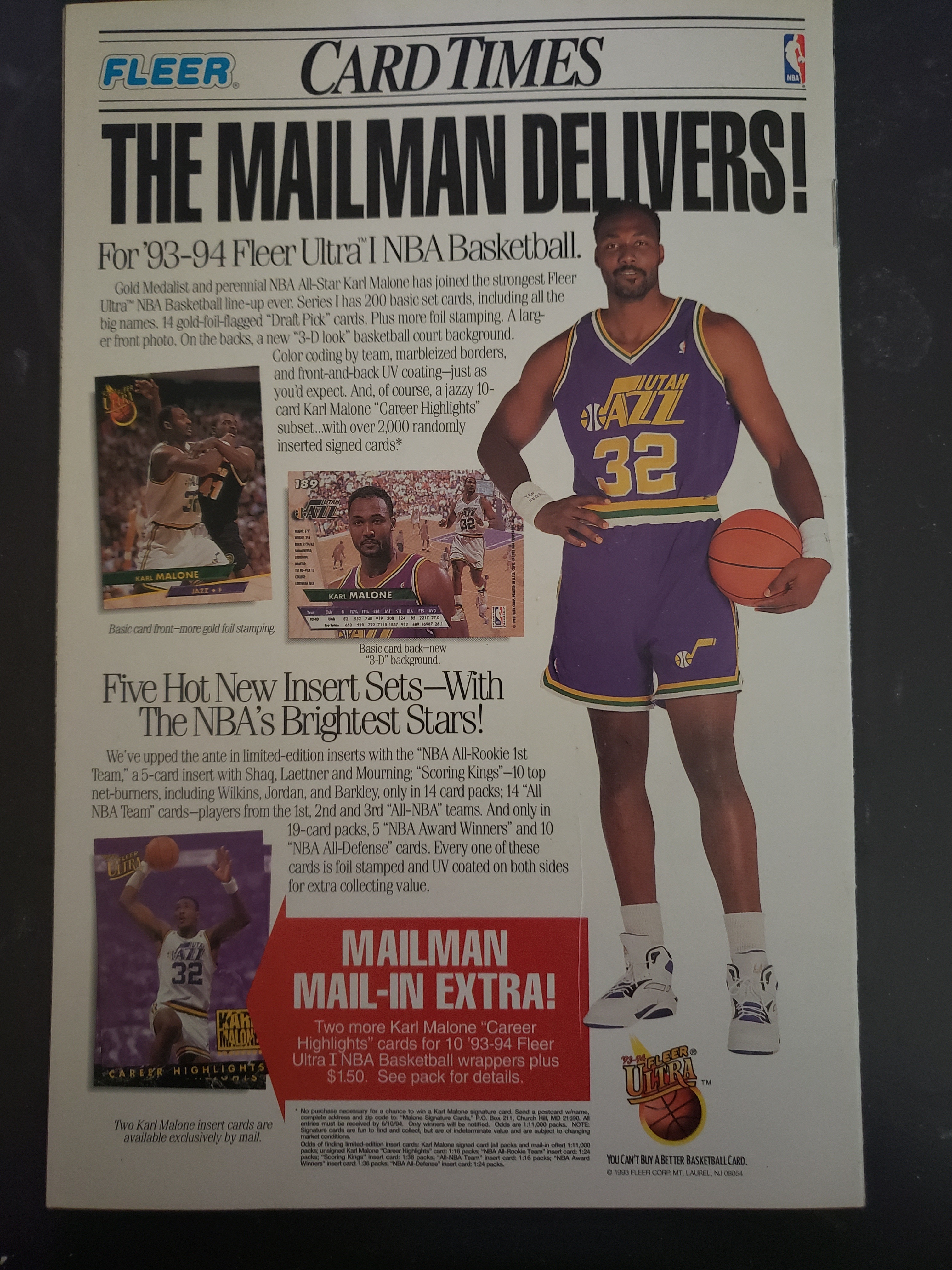 Thanks, once more, for stopping by!