The Last of Us is a game that still hooks me, six years later

A STORY OF LOVE AND LOSS

At the point in time while I’m writing this, I’ve played through The Last of Us about six or seven times, which seems like a lot. I’m currently on another playthrough, trying to clear Grounded +. Often I get asked how I can play a game that, in all fairness, is rather linear in its progression. My response is usually something along the lines of “I just like it”, but it’s more than that. To me, it’s not just about my experience with the game while playing it, but the effect on me personally. It’s the story, the characters, the pacing and progression, which all take place in this post-apocalyptic world. When it’s all put together, you get this well constructed masterpiece that feels more literature than game.

My very first experience with The Last of Us was that of ignorance. I went in to it having not heard anything on it, let alone having heard the name “The Last of Us”. My first copy of the game I didn’t even buy, it was given to me from my brother who bought it but couldn’t get in to it. Around its release, I was only working part time and was looking for something to do while not working, so a new game felt like the perfect choice. What followed was an experience I hadn’t had before, and, to this day haven’t experienced with any other game. Before I get in to the girth of this post, please know what I say in this is based on my personal experience and I understand everyone has a different perspective on The Last of Us. Also, let this act as a necessary “spoiler warning” as I will be discussing key points within the story of The Last of Us.

WHATEVER IT TAKES TO SURVIVE 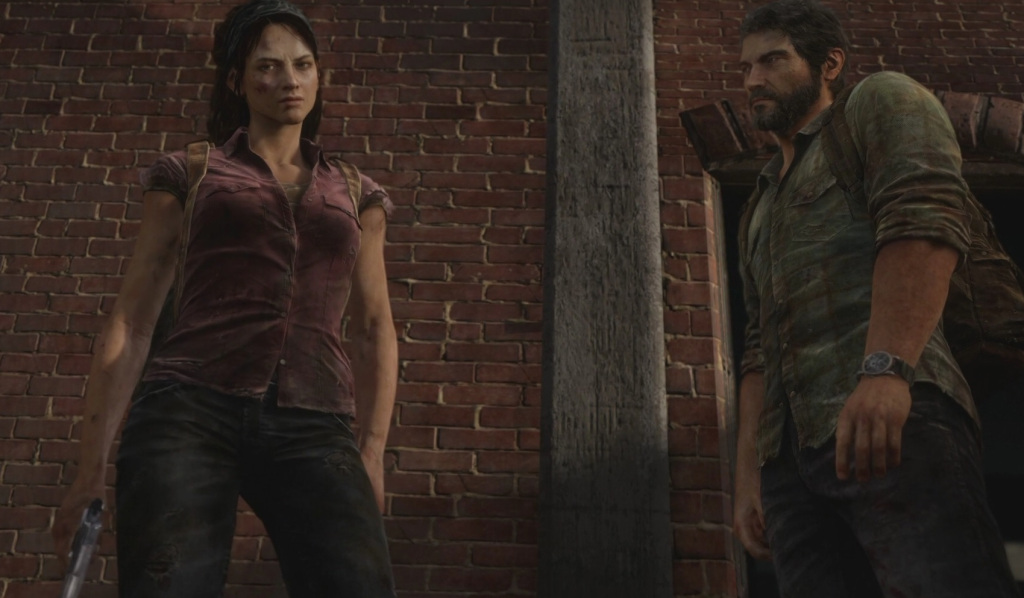 The story of The Last of Us is simple, reserving the complexities for the characters that exist within it. If you had to put it in layman’s terms, it’s the tale of Joel and Ellie and their journey across a post-apocalyptic United States. It’s not until you really get in to the meat of the game that you realize it’s so much more than that. When I say it’s so much more than that, I’m really meaning, while yes, it is about Joel and Ellie and it is in a post-apocalyptic United States, it’s more about how the characters interact, process and inevitably grow within this decayed world.

To me, the game orbits a main theme of love and loss which hits you pretty hard right out of the gate. You’re introduced to the protagonist, Joel, before the events of the main story as a single father to his daughter Sarah. Naughty Dog is quick to take away that caring iteration of Joel, by killing Sarah during the initial outbreak in Austen. This obviously traumatic experience consumes Joel and spits him out a hardened and unsympathetic man, which is the Joel you see for a vast majority of the game.

Twenty years after Sarah’s death, Joel is a man hardened by an unforgiving world and he exists without direction or compassion. Not siding with either the suppressive government or the militia group known as the Fireflies, Joel seems to only place his faith in himself and his partner Tess.

The early events of the game depict Joel as ruthless and a man who acts without remorse, clearly numb to the world. After hunting down a man named Robert, Joel doesn’t bat an eye when Tess shoots him point blank, killing him. This is the first interaction that shows the player how Joel is a man without morals and has accepted his place in the emerging world as someone who needs to kill to survive.

SHUTTING OUT THE WORLD AND THE PEOPLE AROUND YOU 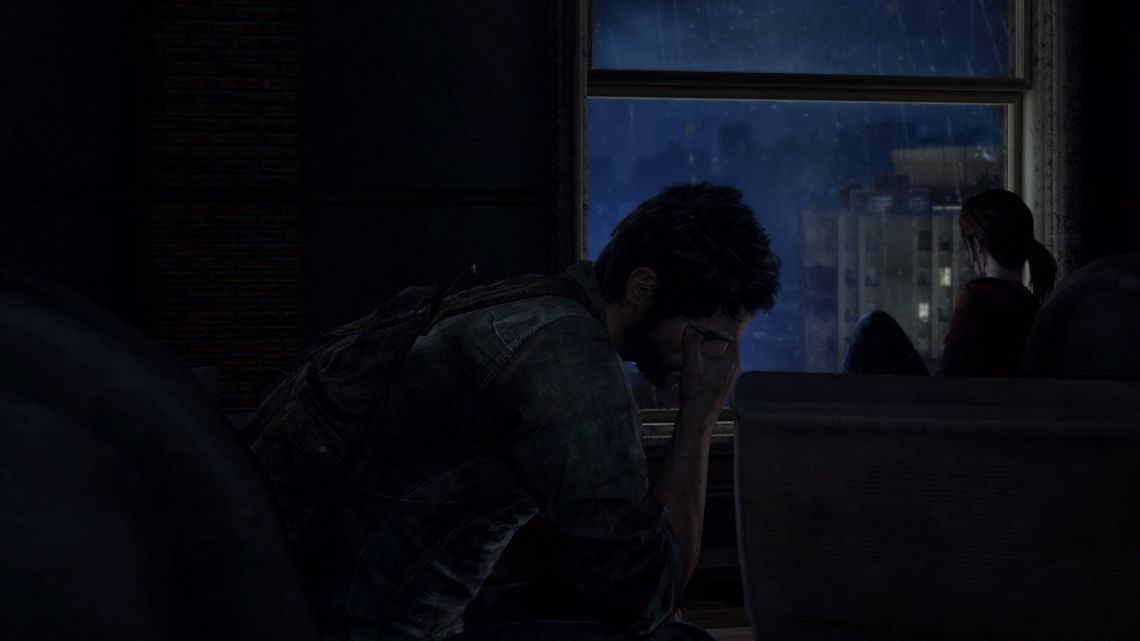 The first time Joel and Ellie meet, Joel is upfront about his apprehensions to helping her. Firefly leader, Marlene, tasks them with smuggling Ellie out of town in exchange for a crate of weapons. Joel fights it but inevitably gives in to Tess who insists they take the job. Clearly unhappy, Joel is abrupt and cold towards Ellie who is seen as just a kid at this point in the game. These interactions show how shutout Joel is to the world, and his lack of care for anyone in it. There are many moments where Ellie’s naivety and excitement about seeing the outside world anger Joel and cause him to try and emotionally push away even more.

Joel’s lack of civility towards Ellie is a clear depiction of him trying to suppress foregone emotions of the loss of Sarah, and from a narrative standpoint, it’s clear Naughty Dog is setting the scene for the inevitable relationship. As The Last of Us progresses, Joel fights hard to emotionally keep a distance from Ellie, but as companions come and go from his life, the only constant is Ellie. 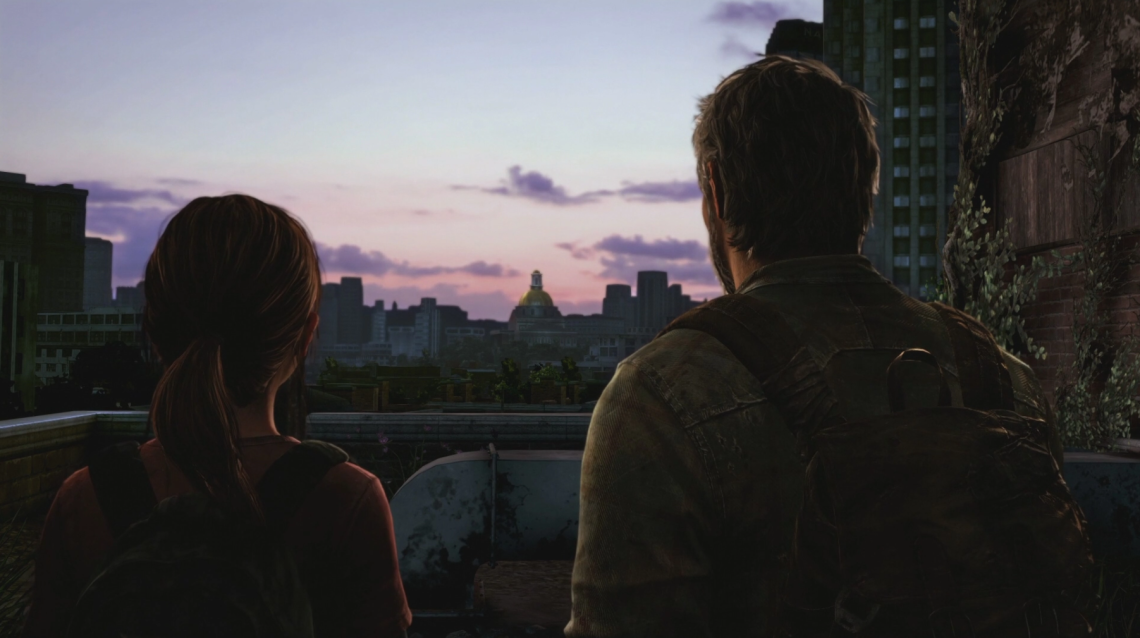 Joel struggles with balance throughout the game as he learns to open himself up to Ellie, the more time he spends with her, all the while suppressing the emotions of losing those he’s fond of. This is a clear sign as he refuses to speak of Sarah with anyone, and gets angry whenever Ellie asks about her, and he does the same thing when Tess dies. Ellie tries to approach the subject of Tess’ death with Joel, and he instantly shuts her down. Not long after that moment, they meet up with Bill, an old acquaintance of Joel’s and Tess’. He tries to bring up Tess in a moment of confrontation and Joel instantly turns to anger, trying to stop Bill from talking of her.

Bill is a man of solitude who prefers it that way after his partner leaves him behind. Though he’s only in the game for a short burst, he leaves a lasting impression as the short-fused, sarcastic survivor who meticulously booby traps his surrounding neighborhood to keep infected, and people, out. He reluctantly helps Joel and Ellie as a favor to Tess, and this fact leaves you wondering what kind of history the three of them have. His paranoia of the outside world and hesitations to help Joel, show a man who is ruthlessly shaped by the unstable environment they’ve known for so long.

After Joel and Ellie part ways with Bill, you begin to see their relationship take form as Joel starts to trust Ellie by giving her a gun. At this point, they meet the two brothers, Henry and Sam. They join you for a few scenes in the game and add a rather charming dynamic to the group, only for them to reach an unfortunate end. It’s with Henry and Sam that Joel and Ellie really develop a bond with people outside of each other and are seen at one point sharing a laugh as a group. Once more, Naughty Dog is quick to remind players of the true horrors of the world as Sam ends up infected and is reluctantly killed by his older brother Henry. Devastated with what transpired, Henry breaks down and turns his gun on himself and sadly becomes another victim of the world.

Up to this point, you’ve been given on the rarest of occasions, a glimpse of Joel’s true character, the Joel that Sarah knew. Although he’s quick to correct himself back to his hardened self, you can tell he’s starting to grow fond of Ellie and a father/daughter dynamic begins to bloom.

ACCEPTING THE PAST/DENYING A FUTURE 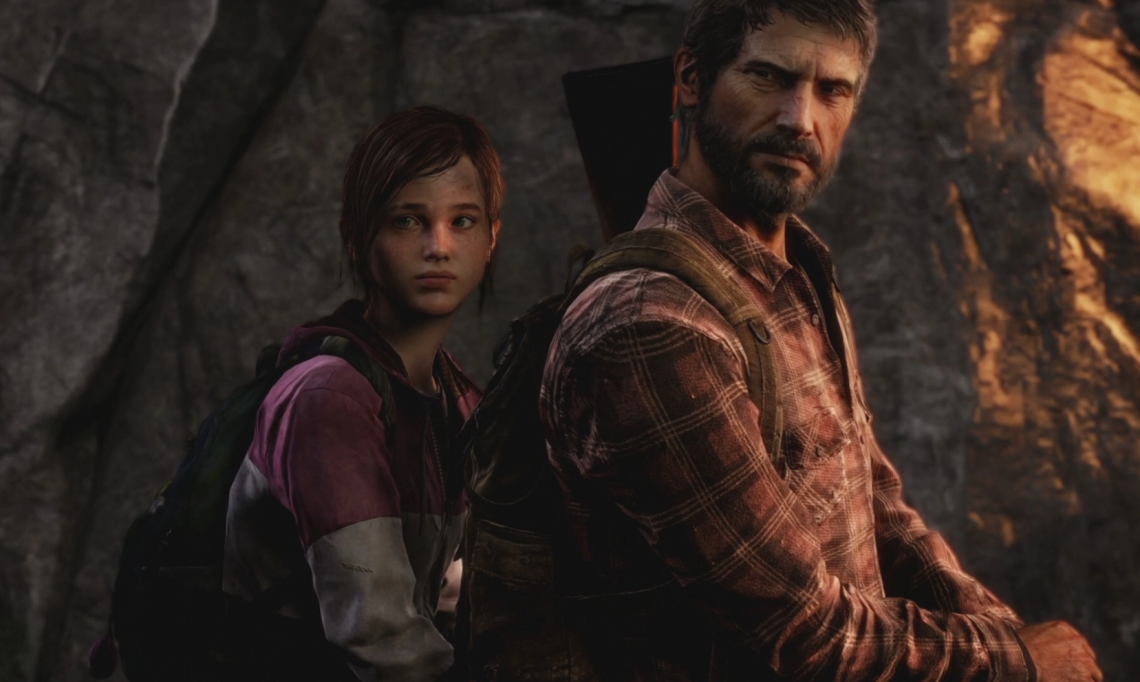 Joel’s goal all along was to get Ellie to his brother, Tommy, so Tommy could take her to the Fireflies. Once the brothers are reunited, Joel makes it clear all he intended to do was get Ellie there and then clean his hands of the responsibility, this is another attempt of Joel trying to not deal with his emotions concerning the loss of Sarah. This is even touched upon at this point as Joel refuses to take a picture Tommy has of Sarah, which he inevitably accepts later on when Ellie tries to give it to him. With that action, it’s clear that Joel is finally accepting he has to put the past behind him. It’s as if he now takes the responsibility of caring for Ellie as his redemption for Sarah.

Joel eventually decides to continue on with Ellie and not leave her with Tommy, but this is only after she confides in him that she only feels safe with him, due to everyone else she knew either dying, or leaving. This stirs an emotion within Joel and from this point on, he presents himself as more of a father figure to Ellie than just a tour guide to the Fireflies.

As we approach the culmination of the story, Joel and Ellie have finally made it to the Fireflies, not without taking a few bumps along the way. We see the returning character, Marlene, as she informs Joel he no longer needs to worry about Ellie and she’s being prepped for surgery as they’ve found a way to potentially extract a cure out of Ellie’s immunity. Joel, not ready to lose Ellie like he did Sarah, sets off a course of actions to pry Ellie from the grasp of the Fireflies. These final moments of The Last of Us are scenes that still give me goosebumps. Joel goes on a path of aggression, killing all in his way to get to Ellie, climatically murdering the doctor who was set to operate on her.

After forcefully putting a stop to the operation, Joel flees the Firefly base with Ellie in his arms, trying to get her to safety. Finally getting Ellie away from the Fireflies, Joel’s actions inevitably deny any chance of them finding a cure for the infection that has plagued the world. This has been received with mixed reactions, people arguing both sides of the decision. In one hand, yes, Joel took away the chance to find a cure, but in another, he made a decision many people can agree with. Protect your own. After the trials and tribulations they had been through together, Joel sees Ellie as his daughter, and it was his responsibility to protect her. Even if it meant denying a future.

The final scene of The Last of Us shows Ellie questioning what Joel told her, and her asking him to swear what he said was true. Joel looks her in the eye and confidently says the words “I swear”. 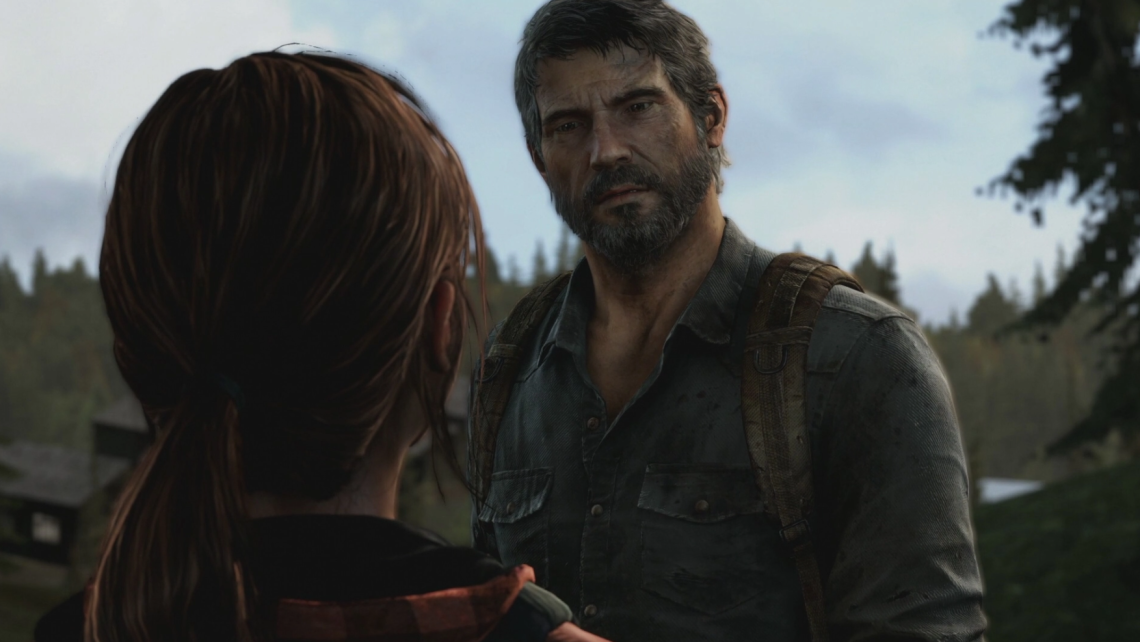 Been an avid Destructoid fan for many years, though often only from the shadows.

I've been a lifelong gamer, with my earliest memories playing The Legend of Zelda: A Link to the Past with my brother.

- The Last of Us
- The World Ends With You
- Skyrim
- The Legend of Zelda: A Link to the Past
- Pokemon (Blue and Silver more precisely)
- Super Mario World
- Teenage Mutant Ninja Turtles: Turtles in Time
- The Witcher 3: Wild Hunt
- The Uncharted Series
- Super Smash Bros.

You can also find me here: