This one will be short. It's been sometime since I made a CBLOG and I still have plans of continuing my Run n Gun series(next one will feature Blaster MasterZero 2 and of course, more Contra). I have been very busy studying for exams and stuff so I haven't been very active. But anyway, i'll be covering horror jump-scare games for now.

Towards the beginning of April, I began playing DOOM III BFG Edition and I loved it. I love the DOOM series as a whole and DOOM III just feels so different, it got the horror aspect to it's fullest, like DOOM 64 but in 3D, it's truly amazing.

DOOM III is a reboot of the first DOOM taking place on Mars. DOOM III brings in action movie elements and silent hill as well. Creatures look "scary" and have many redesigns compared what your used to in doom. 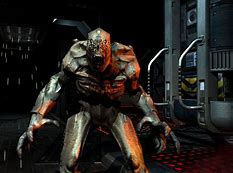 This is the IMP, in case you couldn't tell :P

To add to the horror aspec of DOOM III, you now have to reload your weapons add a "preserve this, save that" weapon aspect. I love it, it makes you control your weapons and not use too much of it. In some occasions, it's best to run away, although you won't get far :).

It has all your favorite weapons, Pistol, Chaingun, Shotgun, Machine gun(new weapon) chainsaw, fists, BFG 9000, and a new addition: THE SOULCUBE, But i'll talk about the later.

DiVisive Shinobi, how is the story telling?

The game has a wonderful writing throughout the entirety of the 27-level campaign. The game starts you exploring talking (DOOM Marine doesn't actually speak, just smug looks :P) to people about how work is a "hellhole" and how they have been hearing strange noises and voices saying things like "come here", "over here" and other things. Hell brakes looses once you reach communications and a person trying to shutdown the communications state "The devil is real" and hell brakes loose as a portal opens up spamming out Lost Souls. BUUUT, that is enough of the plot. 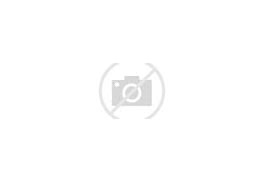 An example of his smug looks...

The game is pretty damn scary overall. Everytime you grow up on an enemy, it finds a new way to scare the crap out of you. I recommend if you guys played it, it is a very slow game so you need to have a lot of patience to play it; especially if your used to DOOM 4.

Oh, almost forgot about the Soul Cube, your savior towards the end of the game. This Cube has a million spirits trapped inside assisting you. You need 5 demon souls to charge it, once it is charge you can throw it at an enemy and it will instant kill it. No matter what, it will die as soon as it is touched granting you like 80 health I think.

DiVisive, how does the game look?

A picture can tell a thousand words, here are screenshots! 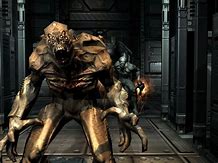 I have gameplay of DOOM III!

Here is the rest of the playlist: Right here