Once again, good morning to you! For my third entry into what has become a daily blog series on this site I present more comic book ads for us all to enjoy.

The cover will be our normal starting point, so take a peek: 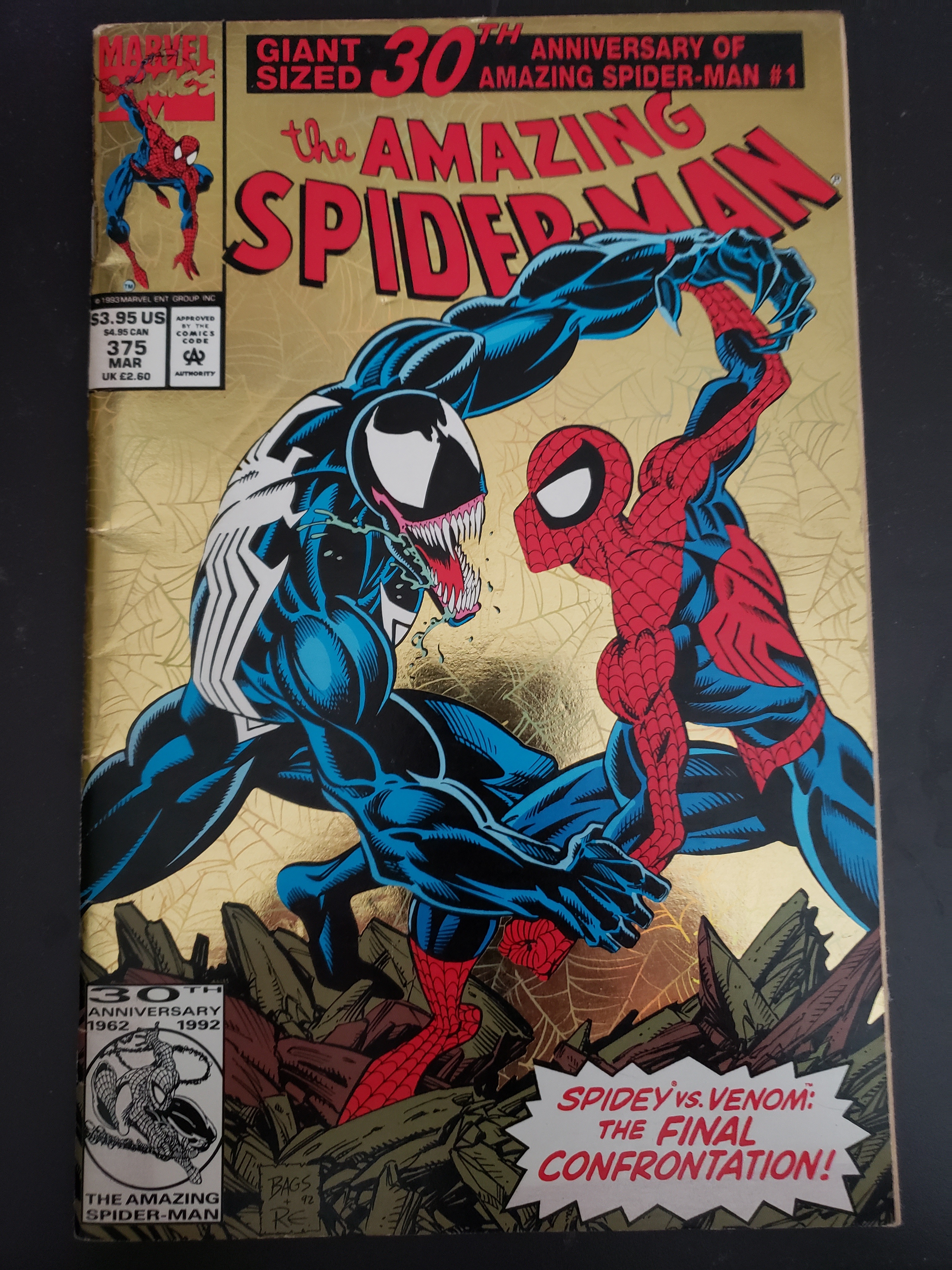 Ad number one is a real strong start, folks. We got attitude, we got video games, we got denim, we got no fewer than FIVE font treatments in one sentence. It's an ad for Series II of some Marvel trading cards. My brother collected a whole series, I'm not sure it was this one. But let's not skip over the ad copy. "Totally def bonus cards" sure is a collection of words to use. I also really dig the wholly unnecessary slam on TMNT that's going on here. 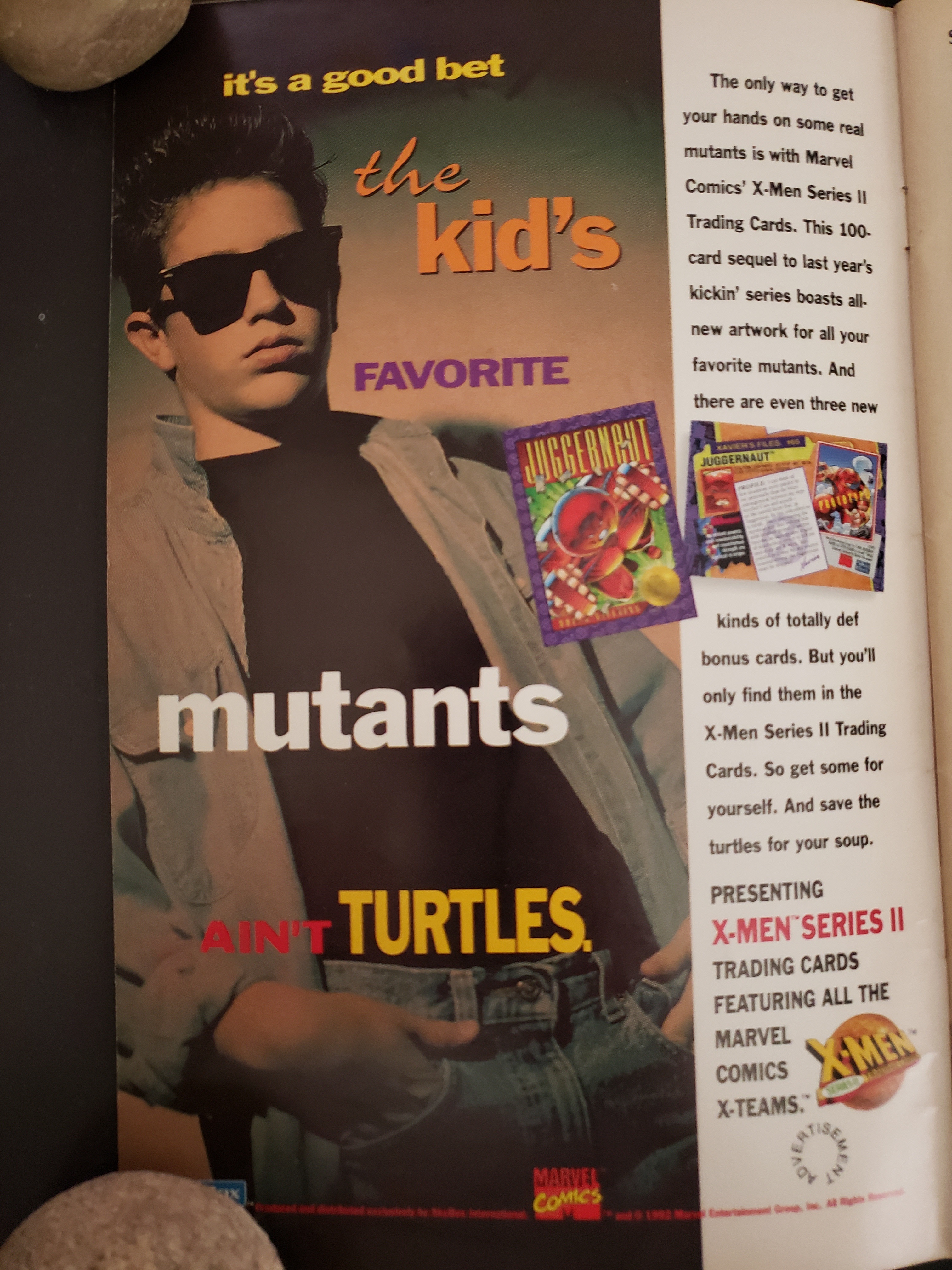 Ad number two is for an NES Konami game, Cartoon Workshop, that used Tiny Toon characters and other assets, environments, sounds, to make up to five minutes of something not worth watching, recordable onto VHS. Hey! YouTube before YouTube, kinda. 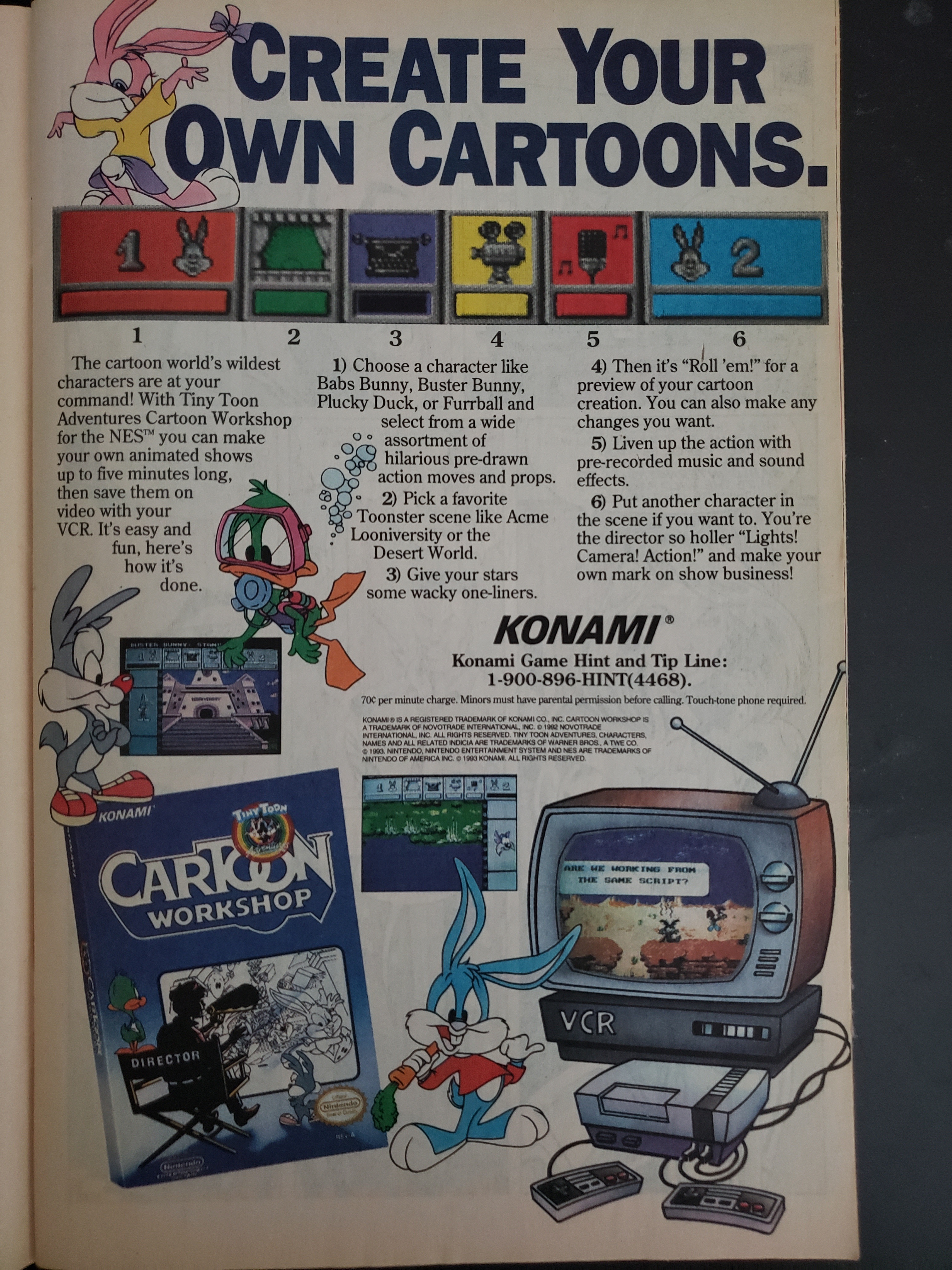 It's funny this ad for a very young, cheerful demographic sits right after one catering to kids who wouldn't want to be associated with this exact thing.

Ad number three is for an Acclaim Super Nintendo game (right after a game for NES, that's interesting) for The Simpsons: Bart's Nightmare. Despite the very lofty and quoted praise in the ad copy, I recall this game being very terrible. 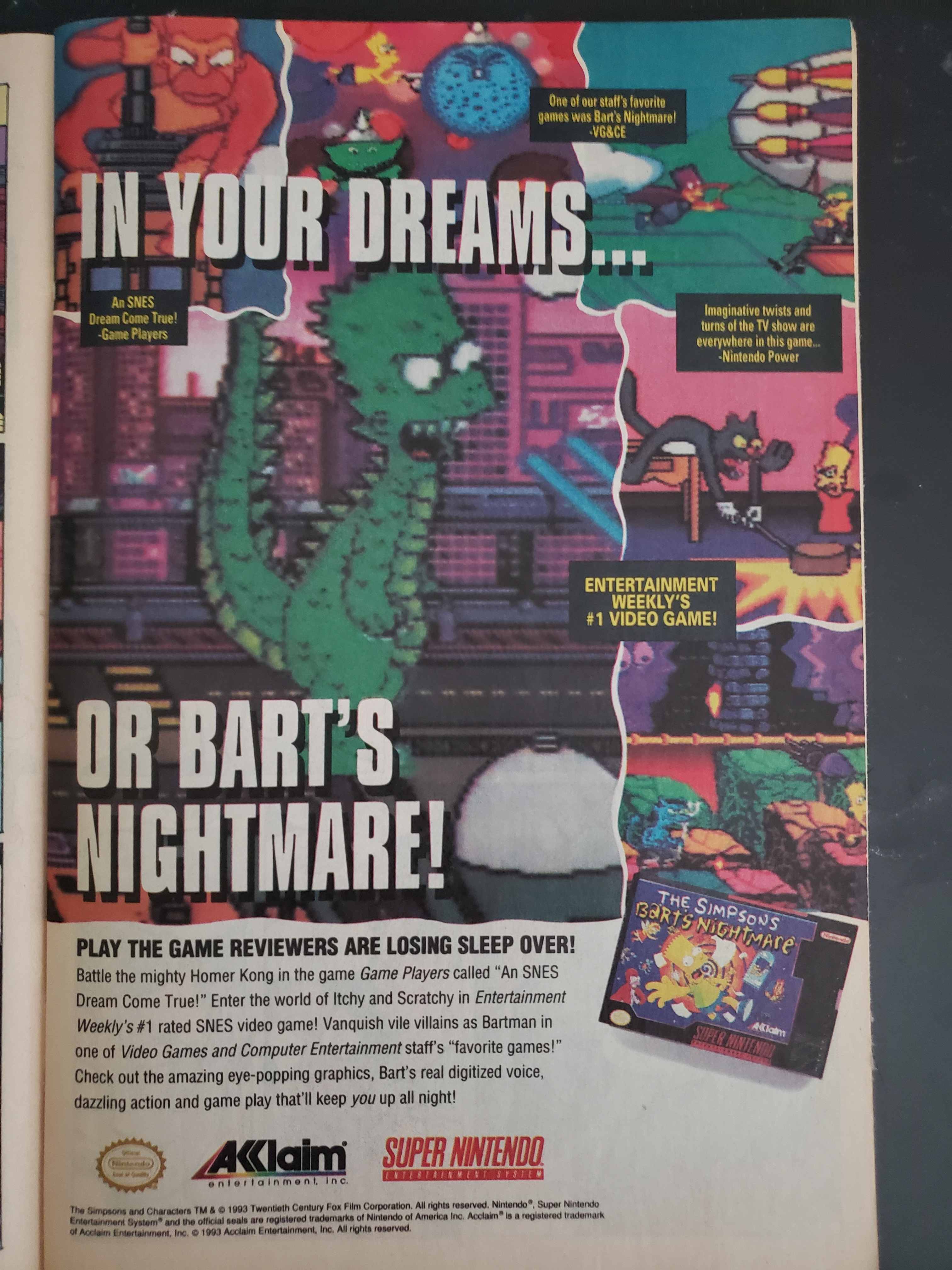 Ad number four is a double-header, and an interesting one at that. The top portion is for a child abuse helpline, jesus... It's run by Boys Town and that number is still their call-in line. The bottom portion is for a seminar by the Joe Kubert School of Cartoon and Graphic Art, based in New Jersey but being held in California... great. 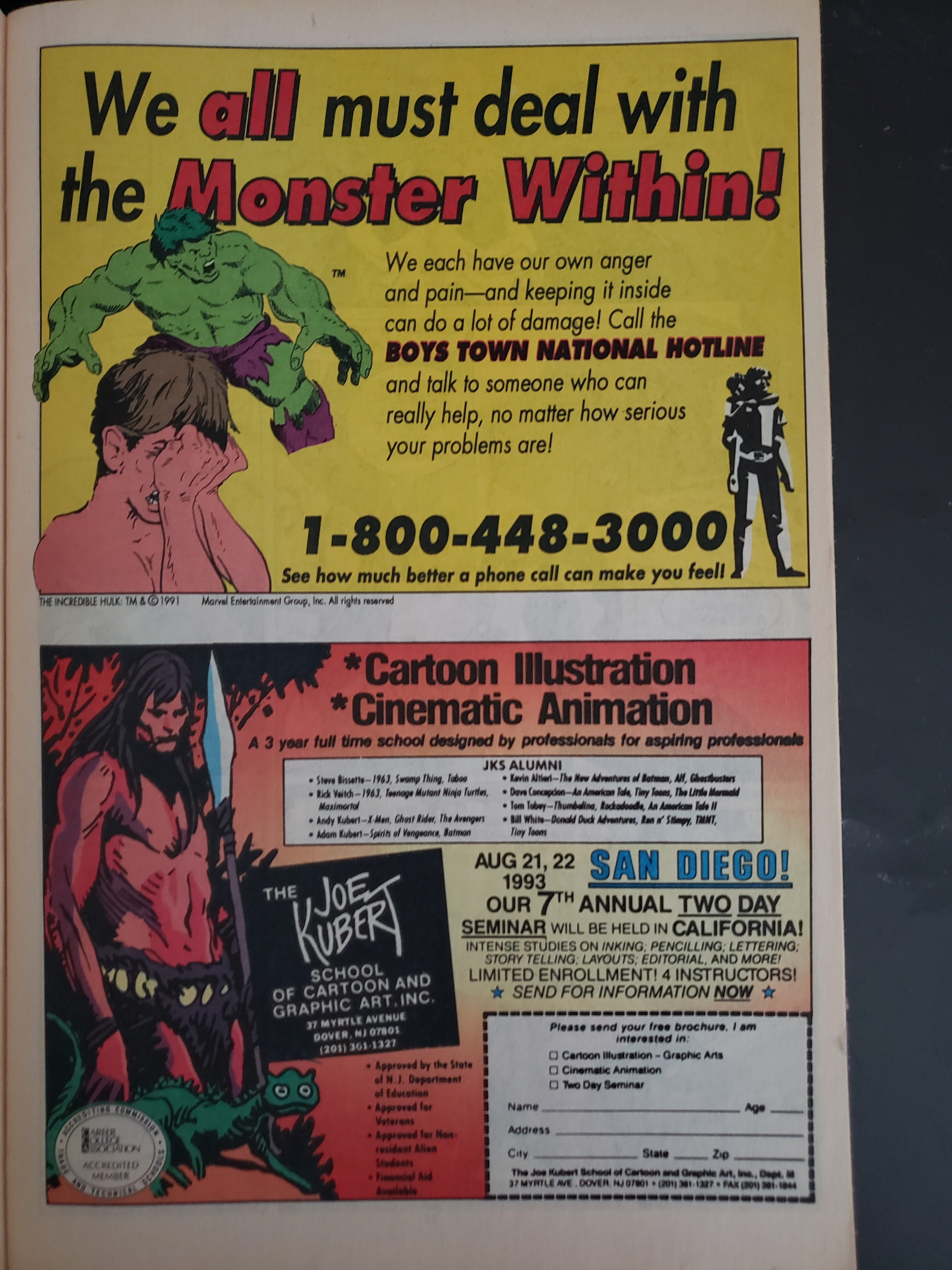 The fifth ad is for the Square (not "Squaresoft", folks, get it right) game Final Fantasy Mystic Quest. It openly bills itself as an introductory RPG and assumes the reader is ok with being identified as a little slow. Brave, I think for the time. Anyway, the game hasn't aged too well (I haven't played it myself to say for sure), but the $40 price tag is a good deal for the time for RPGs that would usually run you about double that amount. 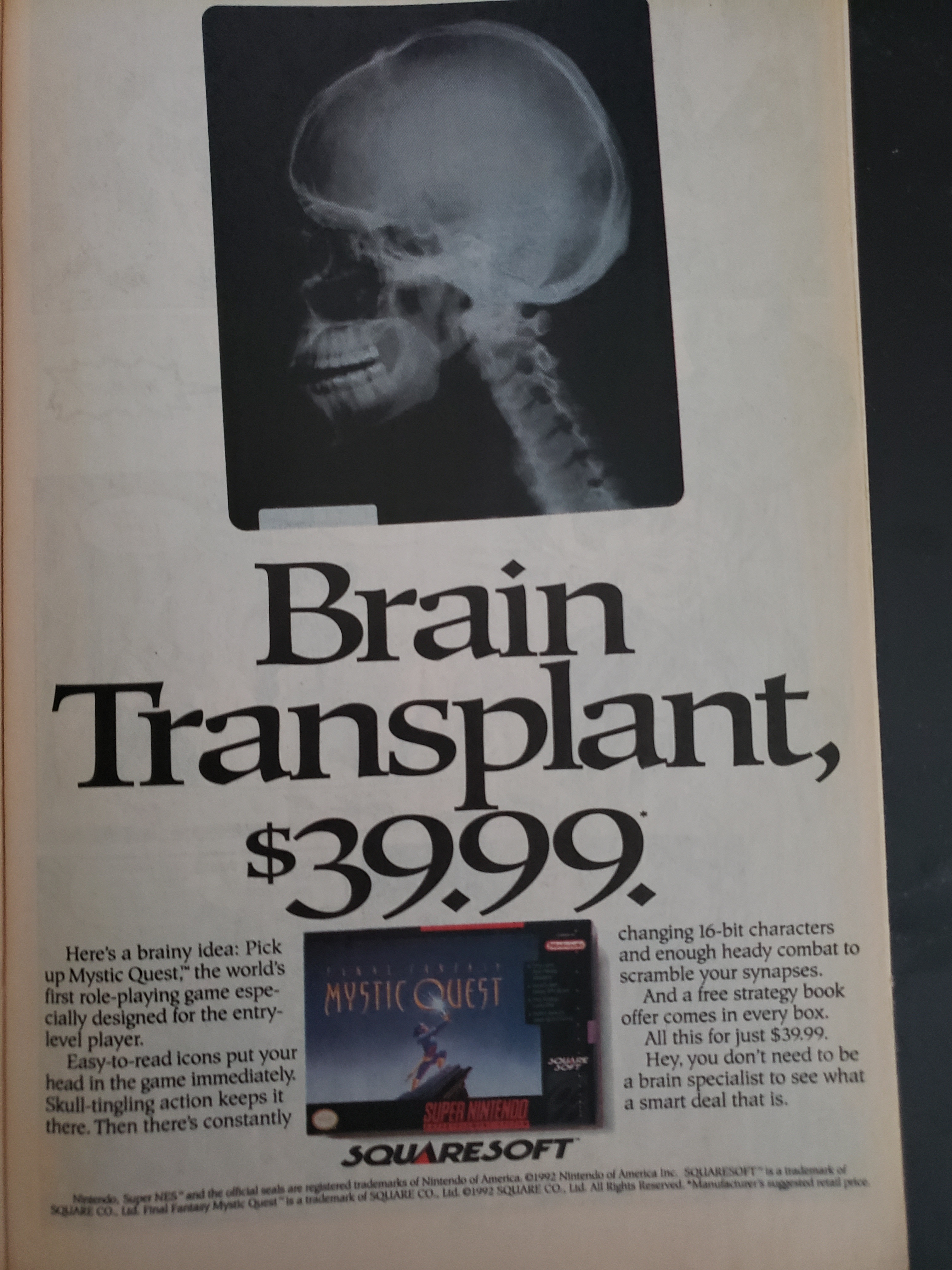 Ad number six is a two page add for baseball trading cards. I won't have much to say about these (they'll come up again, I'm sure), but for completionist sake I will continue to include them. 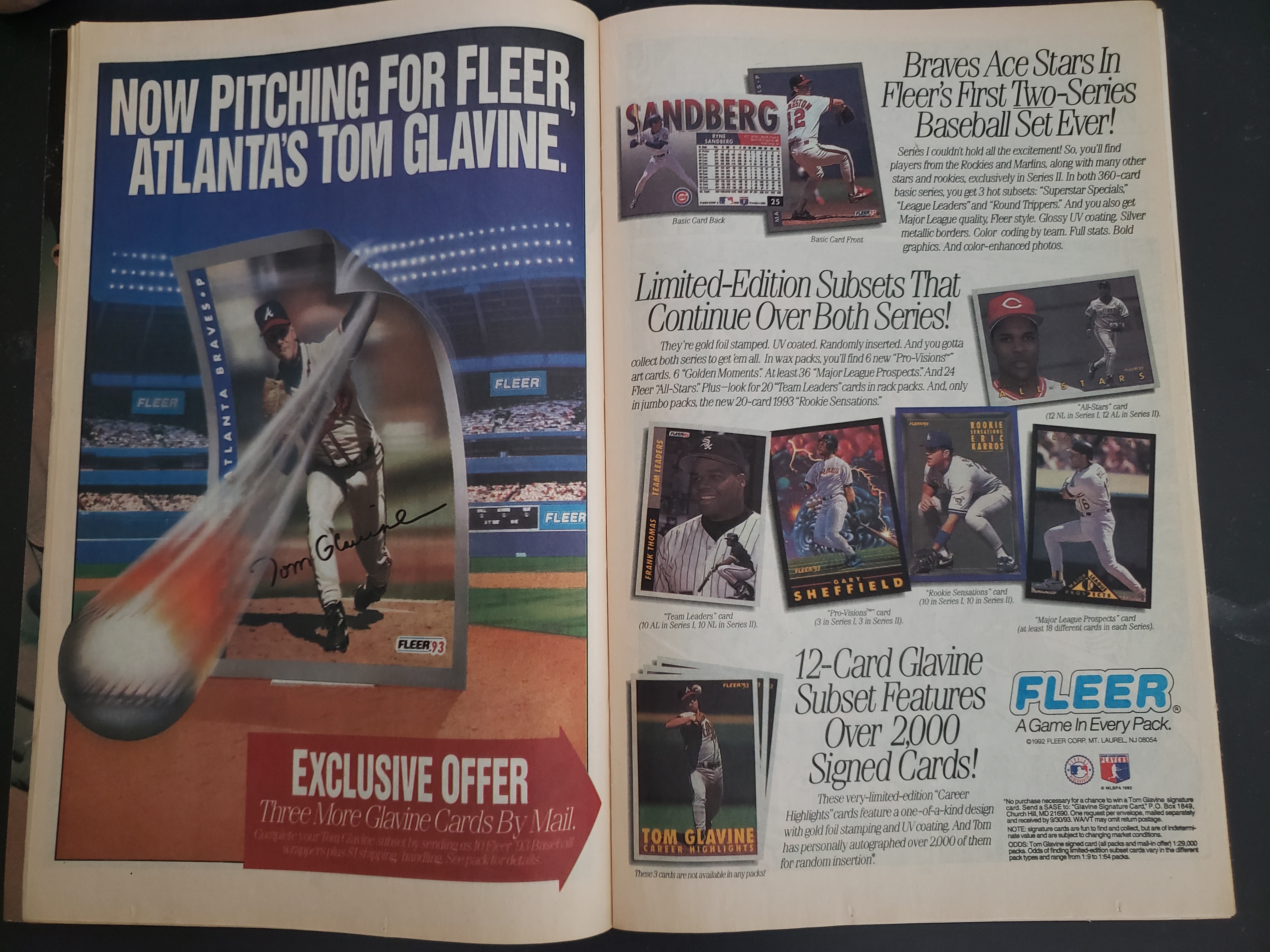 The final ad for today is for Chuck Rock and showcases some good gross-out humor. "Nuclear body odor".

It's also neat to see the Sony name on a Nintendo product. "Sony Imagesoft" was a publisher and part of the joint venture between Sony and CBS that ended up becoming Sony Music which is part of but independent from Sony. Uh, oh and Chuck Rock was a video game. Sure. 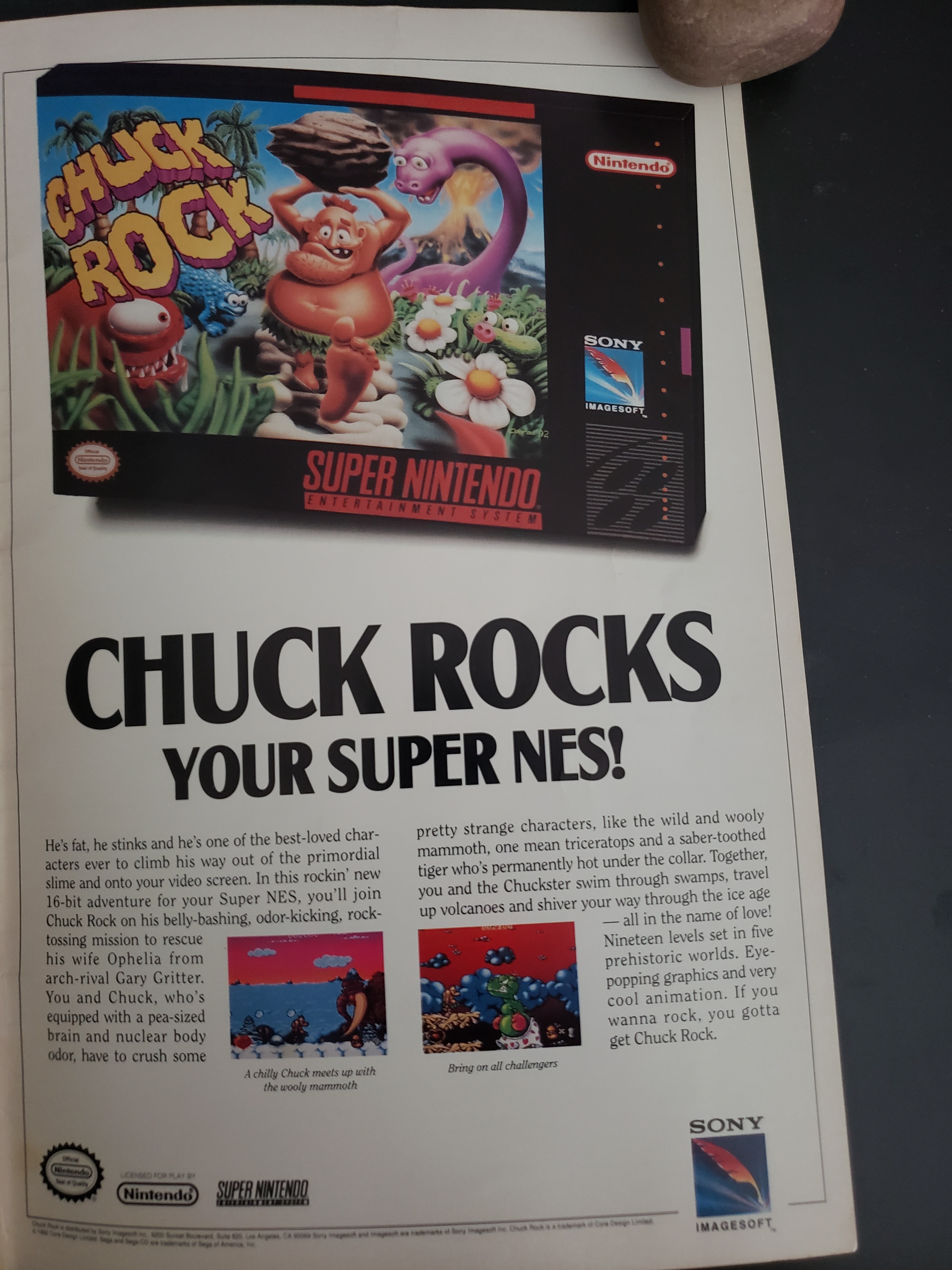 Thanks as always for stopping by!