Good morning again! This is the second in a series wherein I post images of comic book ads and we look and we laugh and we cry a little. The first blog was from a big sort of trade magazine called Wizard and had several full page and two page ads. This is from a comparatively thin comic book, printed on rough non-glossy stock from a series I know absolutely nothing about! It's probably shit.

The ads are far fewer in number, but also a bit more interesting.

First as always comes the cover, so we know what we're talking about and so you can play along at home if you happen to have this particular piece of stapled paper: 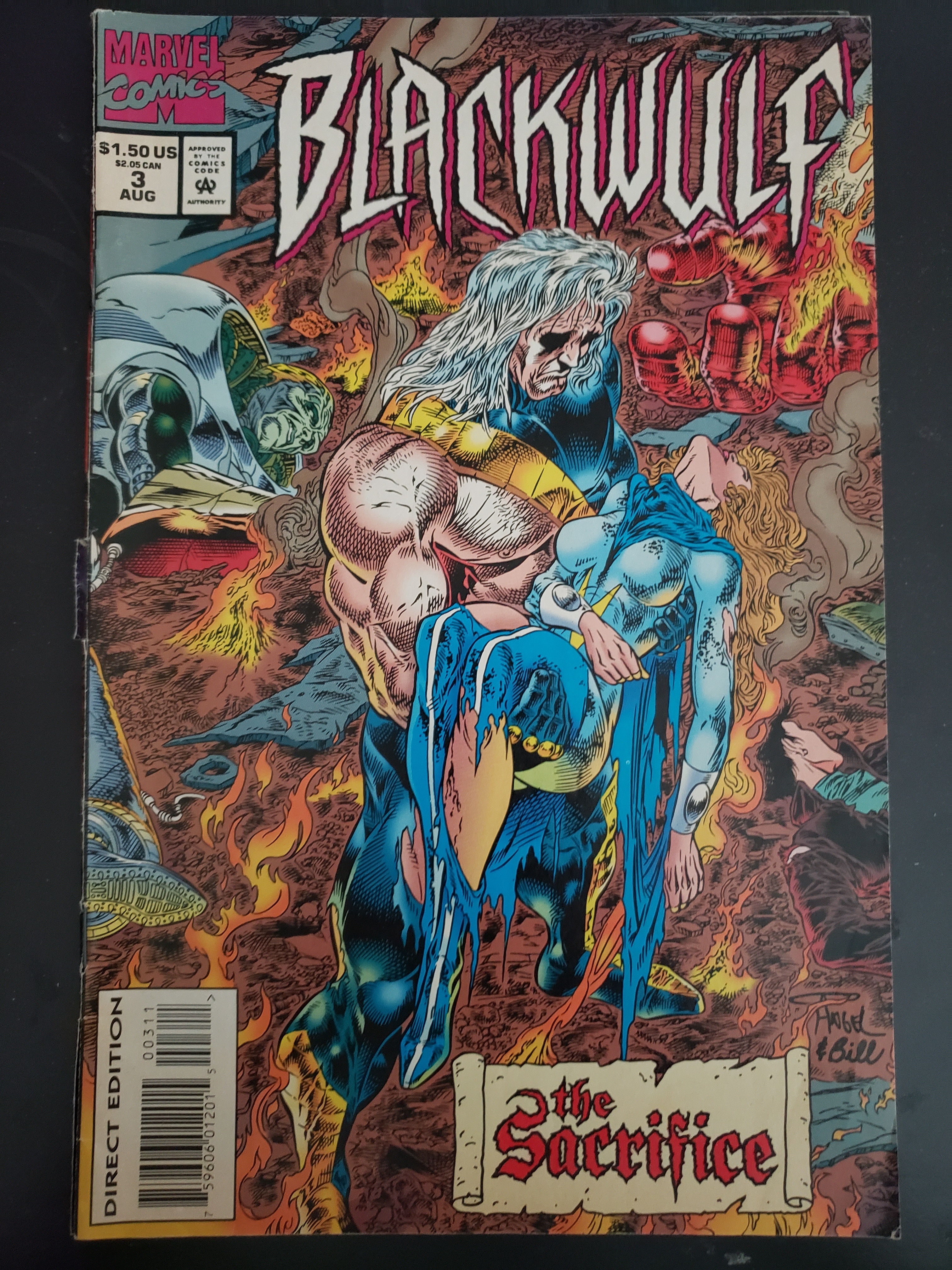 This is Marvel, apparently, and it features no one I immediately recognize.

The first ad features the movie Little Big League, a movie I don't think I've seen. But baseball is for boys, so it makes sense here. 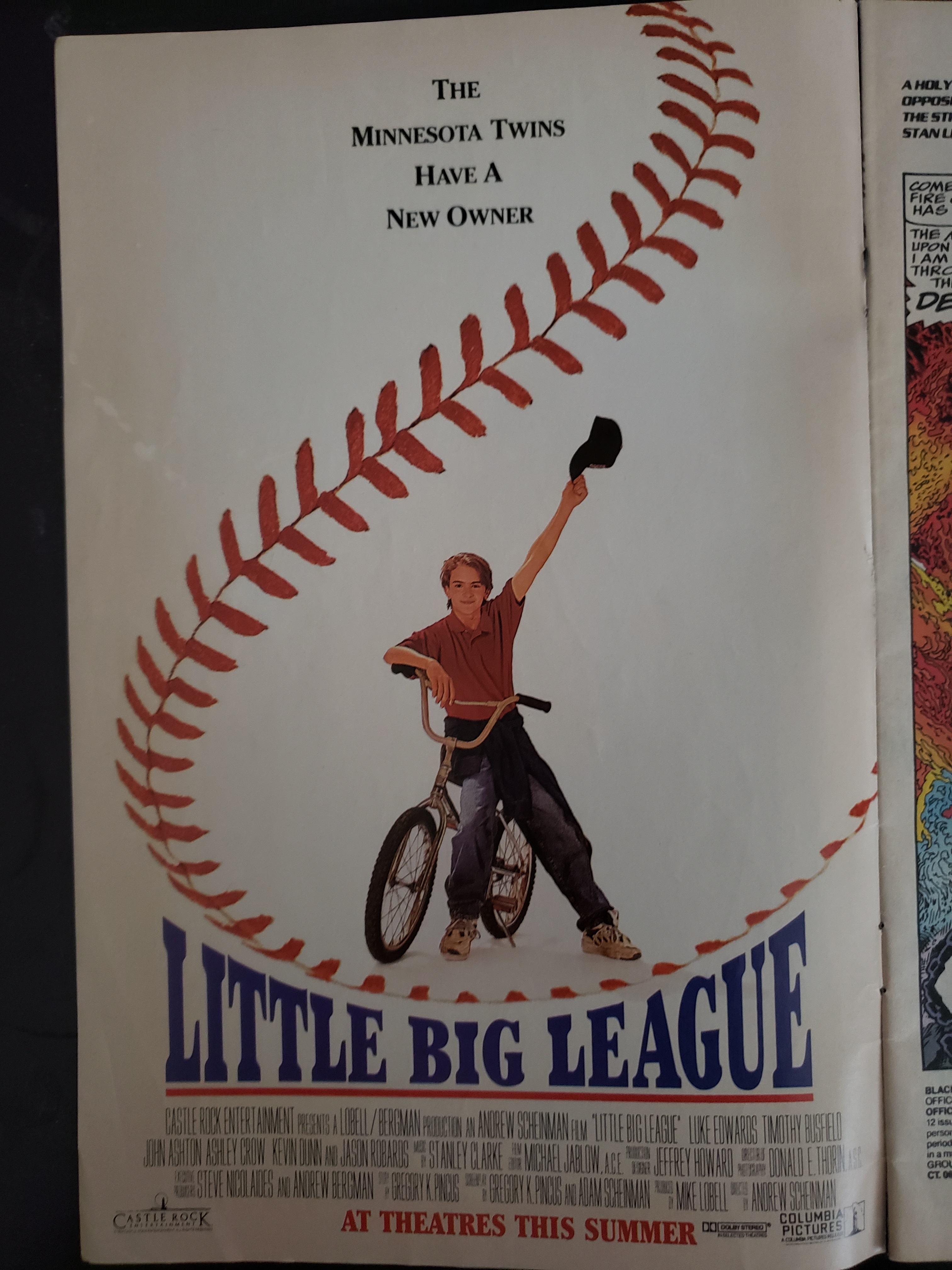 Second ad is nothing other than a cereal ad for Cookie Crisp featuring the Cookie Crook (long since absent from advertising for this item) and Chip the Dog, who I think is still on the box. 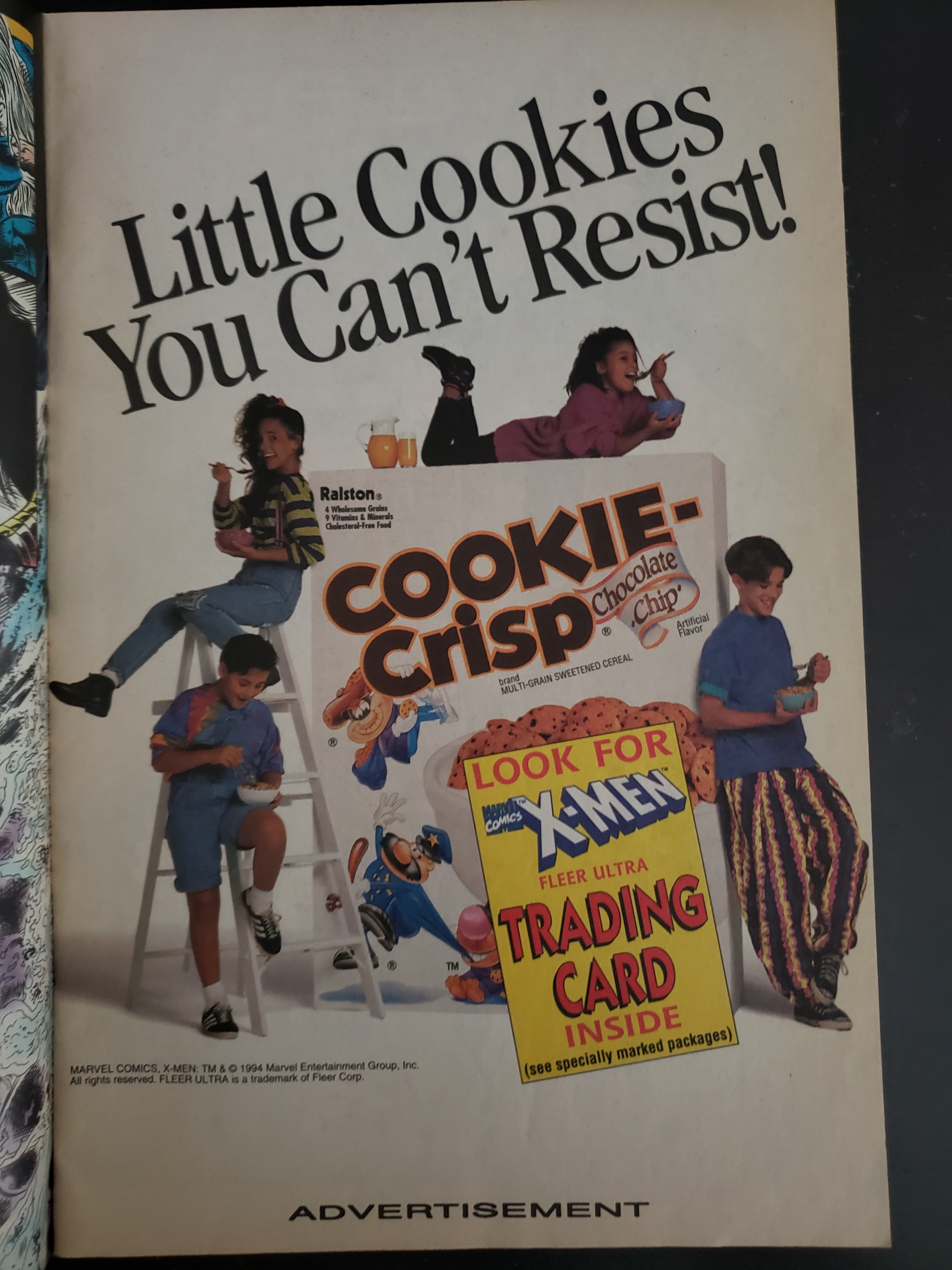 Thankfully they proclaim at the bottom that this is indeed and ADVERTISEMENT which none of the other ads do. I guess those are all cannonically part of this comic book, then. This ad features some incredible clothing choices, even for the time and a very common "hanging out on a construction set" motif for ads of that day. What is going on with that ladder? Also note the obligatory pitcher of orange juice to imply whatever a "balanced" breakfast is and the Ralston logo which is no longer a thing. That was actually the same company that made Purina. The dog food.

Third ad is for a two page spread for a contest/sweepstakes/whatever the fuck to get 10 grand and meet football player Joe Montana who apparently won some big game earlier in '94, I suppose spurring on ads like this. 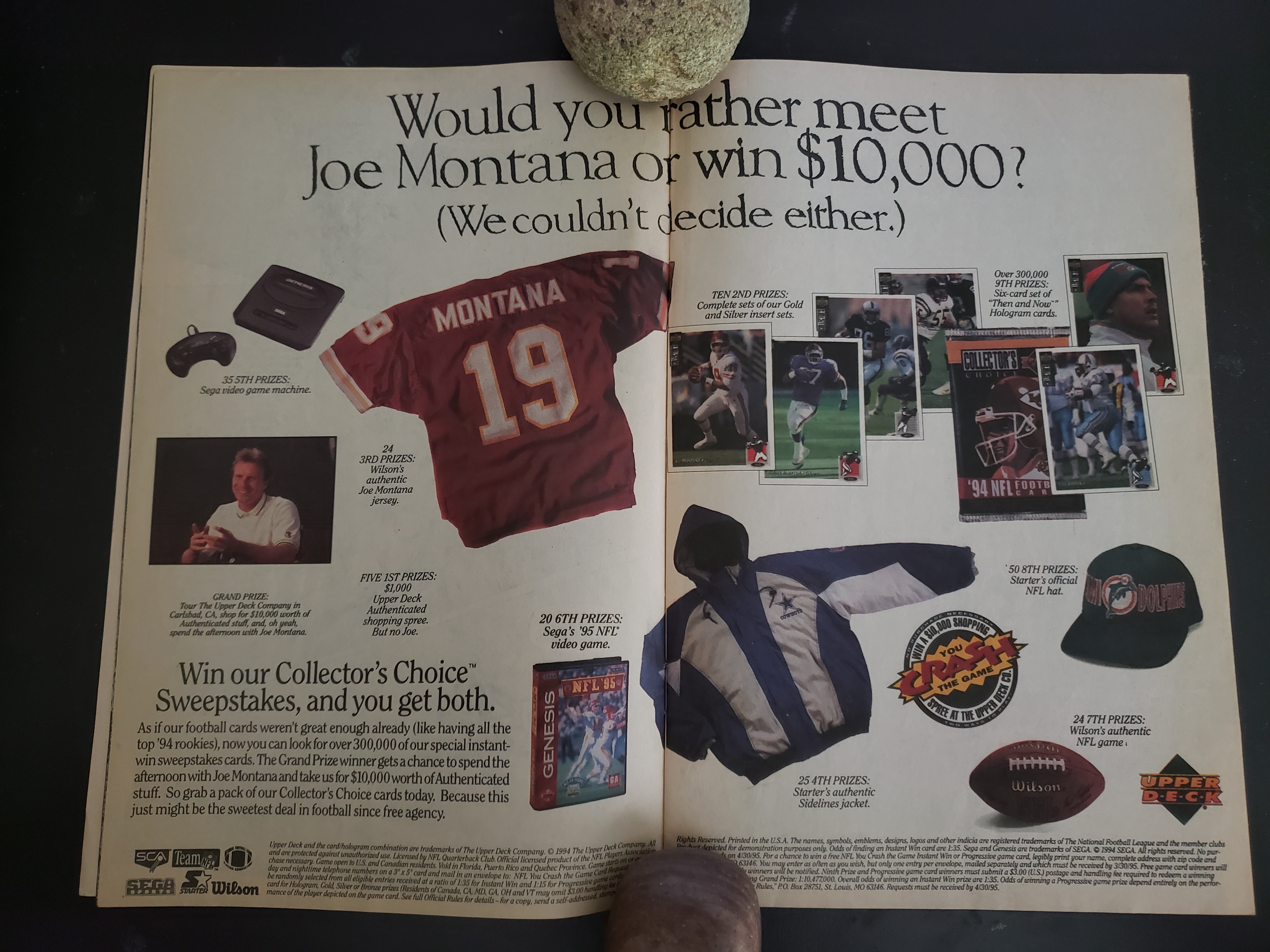 There's a lot to look over here. The main deal (oh and this is from a the Upper Deck trading card company) proclaims this is the "sweetest deal since free agency" which I'm going to assume is a dated reference by now. The text also notes that you're not winning $10,000 in cash, but that much in "Authenticated stuff". So like, a dump truck full of trading cards? Also note all the consolation prizes, which mostly include Sega stuff including one of their "video game machines". I'm gonna start calling consoles "machines". (no I'm not) There does appear to be a typo related to the 7th place prize where you're supposed to win a "Wilson's authentic NFL game [something]". Ball? It's cut off!

Finally for this, note the requirement to send your entry in on a 3" X 5" postcard. Yup.

Ad number four is another ad for a different company's football trading cards, this time from Score Football. 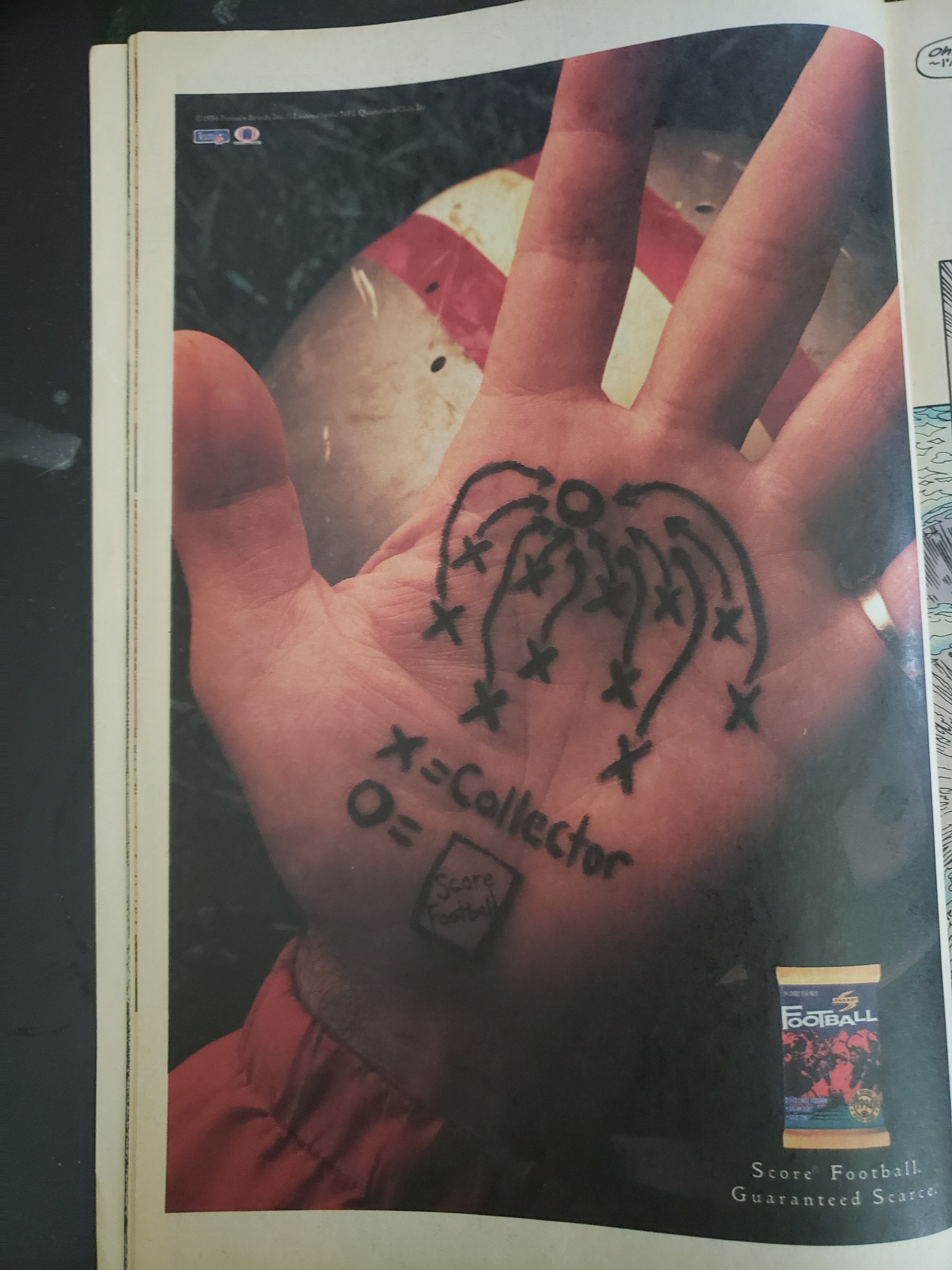 Not so much to discuss with this one.

Fifth ad is one for Barq's rootbeer with era-appropriate gross-out imagery. 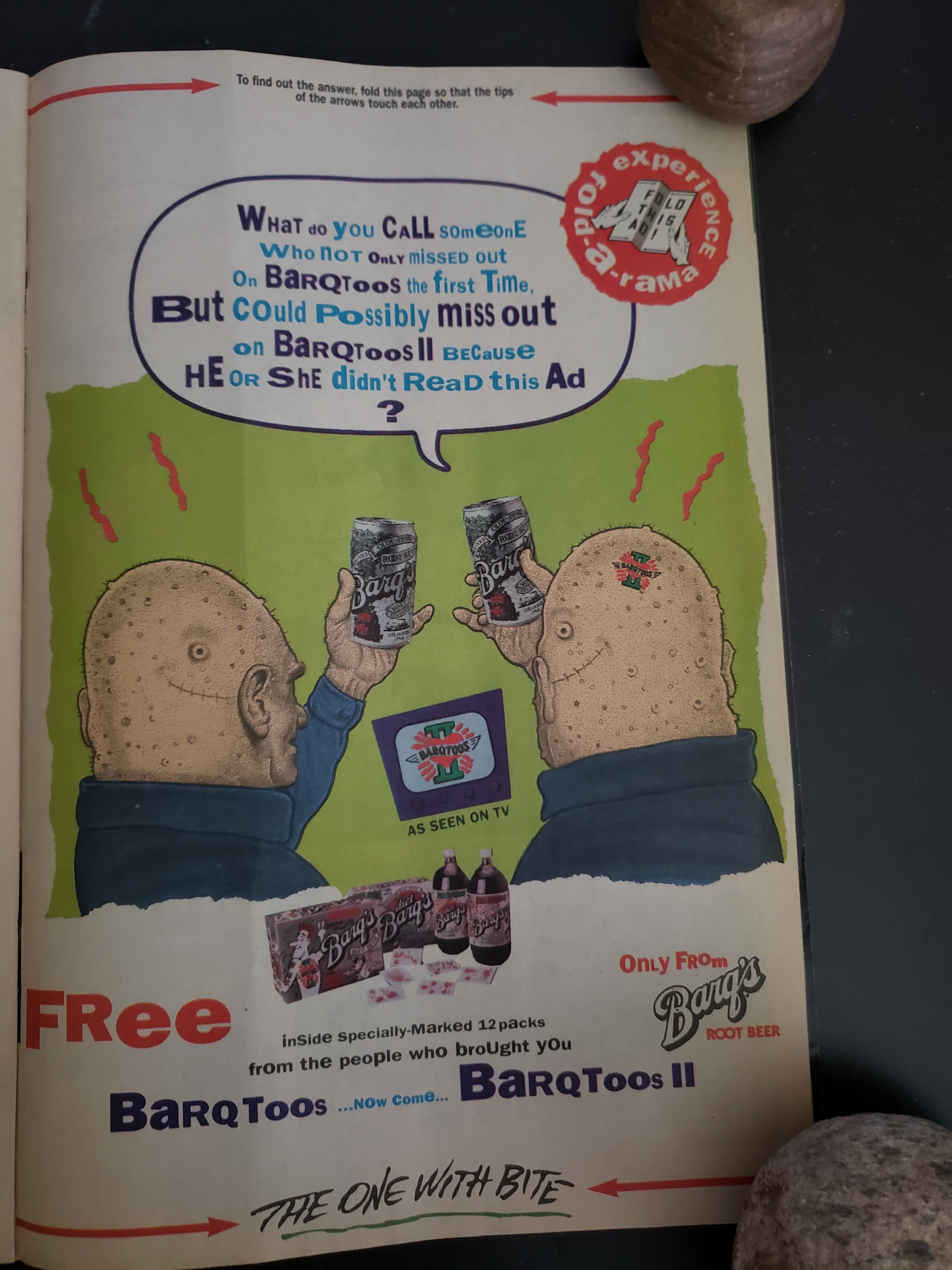 It also features a side promotion for whatever the fuck "Barqtoos" are (probably impermanent tattoos) and since those things are already old hat, it's actually about "Barqtoos II"! The sequel! To the... tattoo. People did that a lot back then, just chuck a Roman numeral II on the end of things. Like stores. Still not sure why.

The same ad uses some kind of foldable secret message and so as not to totally ruin the pages I hastily cut and cropped the image to display the very important secret message:

It's supposed to read "Butt Head" and maybe explains the obnoxious font treatment in the ad. Not worth it!

Sixth ad is not of the sort I usually plan to upload here. It's a listing/ordering ad for not comic books but video games! Peep those prices! 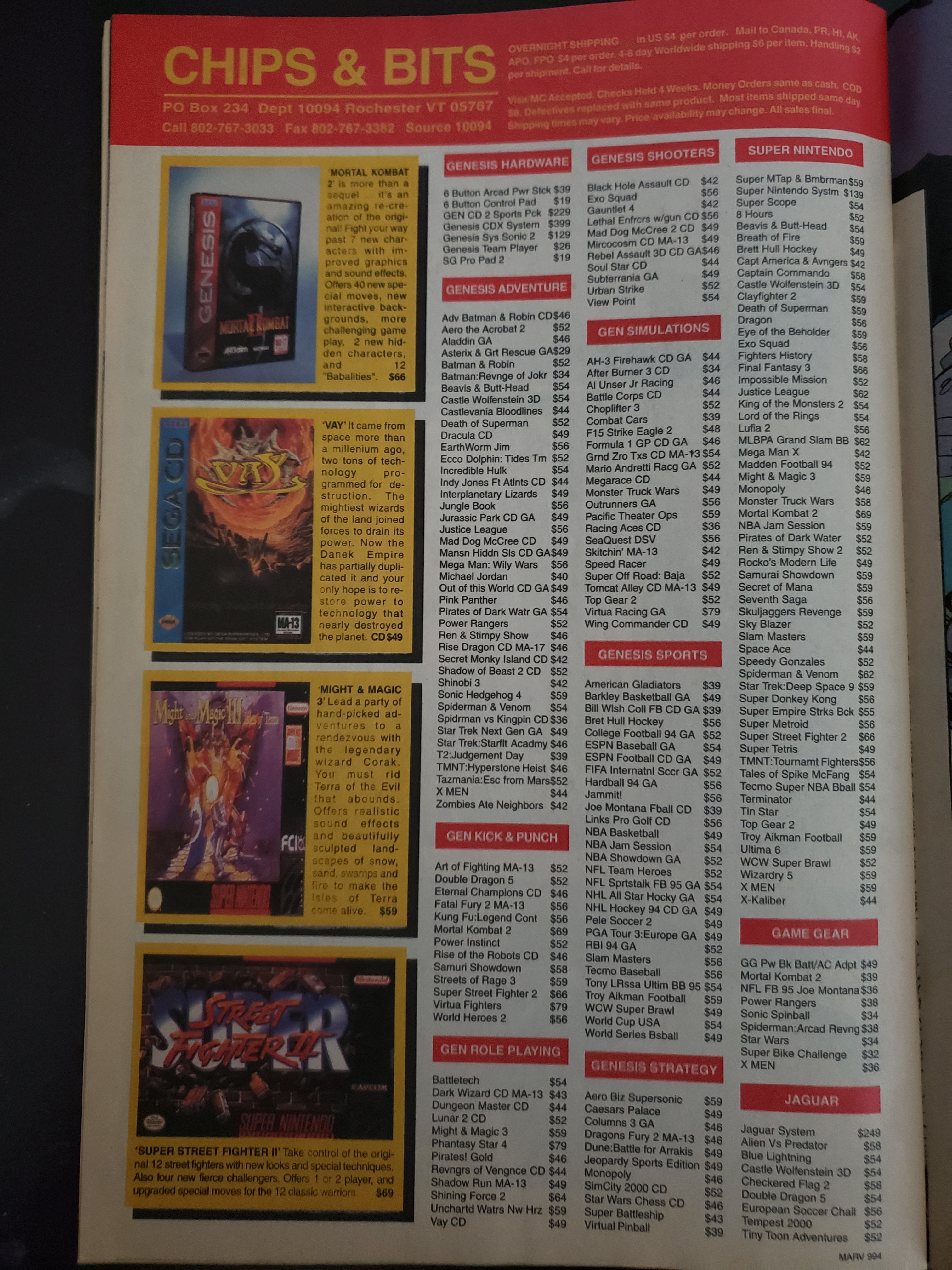 That Super Nintendo system at $150 represents a $50 discount after about 3 years on the market. Not bad I suppose. After 70% inflation since 1991 that makes the system cost relatively about $250 with the original pricing being closer to $400. Gaming was never cheap. It still ain't.

Seventh ad is one for the candy Shock Tarts. 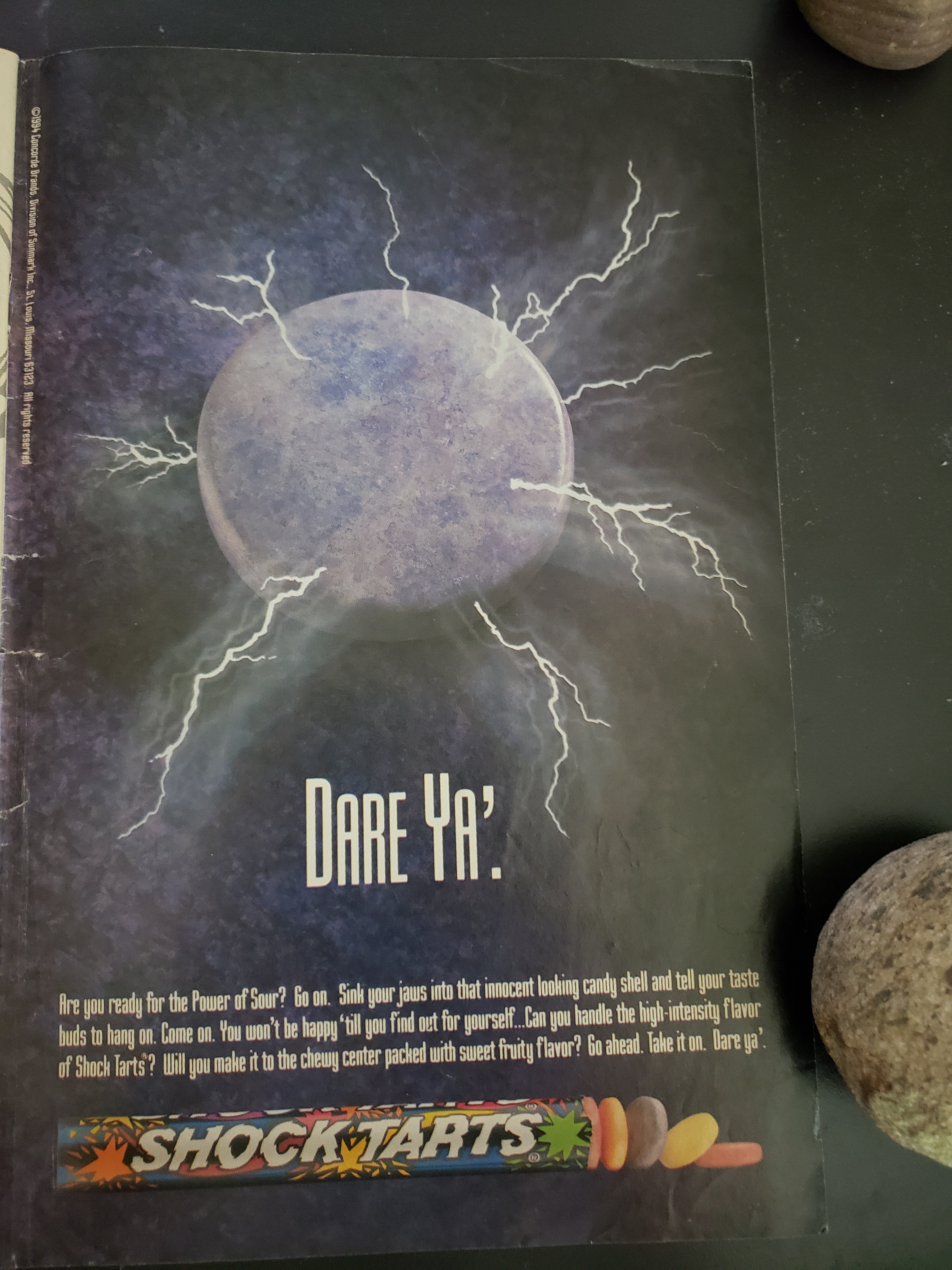 Some good solid attitude era advertising going on. Quite classic at this point, where otherwise banal products begin challenging you to use them. ARE YOU MAN ENOUGH TO EAT SOUR HARDSHELL CANDIES?? *lighting bolts!*

Eighth and final ad is a terrible game that I rented at least once, Maximum Carnage featuring a comic book character I used to like because he was cool looking. It was truly a bad game, and also not a particularly good character. I recall it standing out because it was one of those games that used an alternate (red) colored game cart. 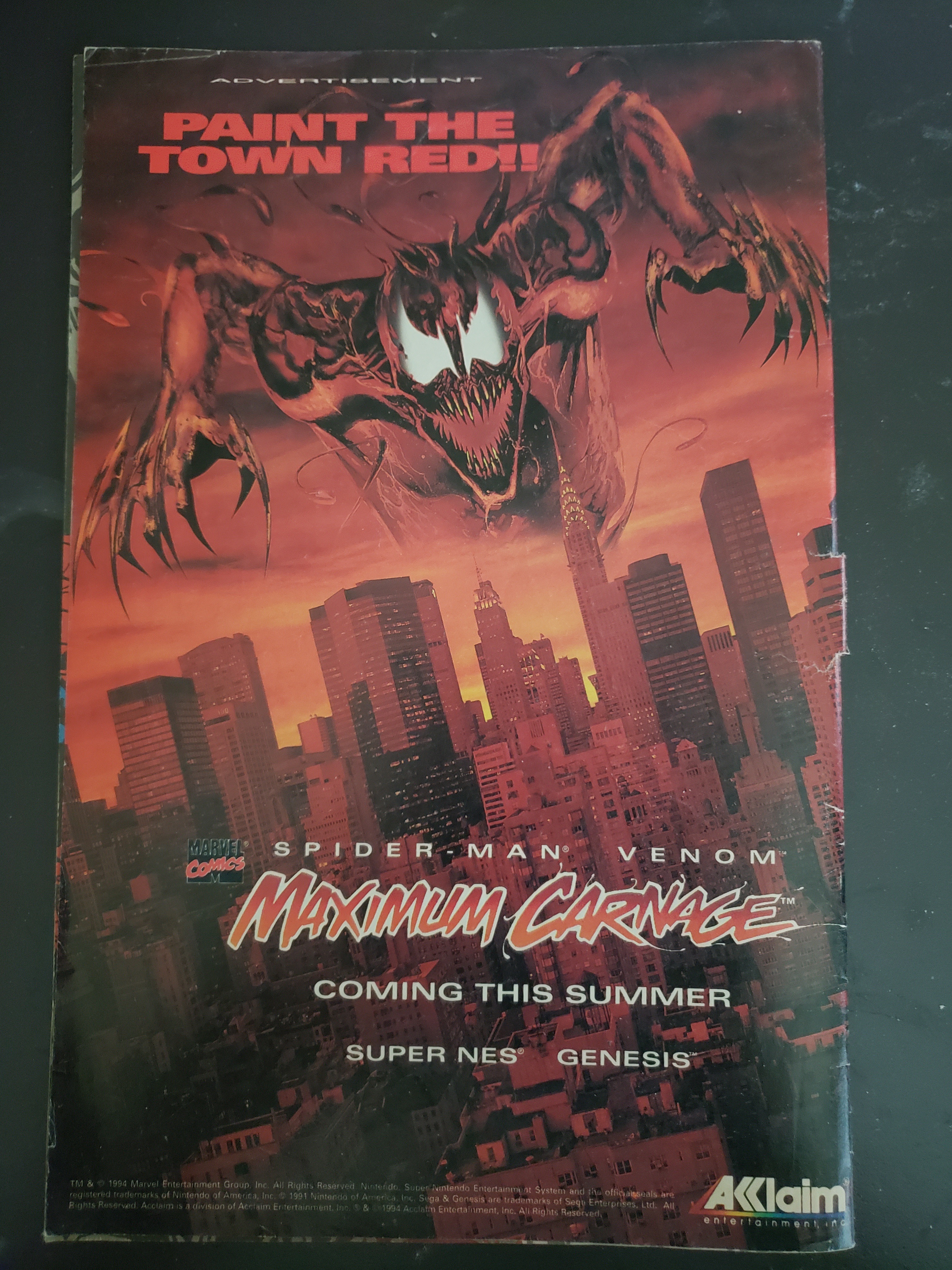 Thanks again for stopping by! I do hope you're enjoying these as much as I am.