Easy Chodes and the idea of challenge. 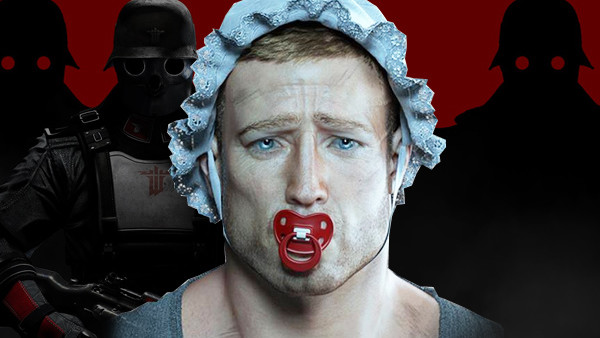 So there's been a lot talked about regarding Sekiro and its difficulty. With certain people on about how it needs an easy mode and claiming its for accessibility reasons. The same people who likely have never written anything praising games for providing more accessibility options and likely let Skyrim on Echo pass without a simple mention of accessibility.

My position is that if developers want to put in an easy mode then fine whatever. If developers  don't want to then ok. It's a fair bit of work to do and From Software are known for making hard games that's their thing. They're games that challenge you to beat them. I've not played any of their games (though I'm considering trying Bloodborne) because they don't appeal to me that much. I've beaten hard games like Furi before so I'm not averse to playing them entirely.

One of the big things people talk about relating to easy modes or those on about the lack of them is the idea of gatekeeping and how it's people trying to lord it over others because they can beat a game or a hard boss. What I'm about to share is a story that might make people think a bit because oddly I do wonder if some asking for an easy mode just want to be the ones doing the lording.

Cast you minds back to 2003. Enter the Matrix the video game has recently come out. I was in highschool and used to hang with a group of people, some friends, some more acquaintances at best who did play video games. We'd often play fairly similar games and tended to often be playing some new title and talking about how we'd been getting on. With Enter the Matrix the game wasn't hard per say but it was tricky in places. I went in the one morning feeling I'd accomplished something having beaten the Freeway level of the game. So as normal we got talking and two of the others in the group were also playing through the game (taking it in turns having a go at levels while the other watched). I brought up I'd just beaten the freeway level and they said they'd beaten it too. I then said "I found it quite tough I died a few times on that one" one of them said "Nah I found it easy we beat it first time" then the other goes "Yeh it was piss easy you must suck". I was there thinking "Wait what, I didn't think I was that bad at games". A few days later after having a few others in the group disregard me talking about other game because "You suck what would you know" I found something out. The two who'd had no trouble with the freeway level had no trouble for a very specific reason I got talking with one of them after having beaten the and the talk turned to the "focus" system (A meter you can use to enter bullet time to dodge fire and do more powerful kung fu moves). I found out they'd played the entire game with infinite health and infinite focus and on the freeway level that let you have Ghost lean out the window and shoot infinitely at people pursing you, which as you can imagine would be a big help. After they found out I'd beat it normally they did actually say the next day when some-one asked for help to ask me as they'd had to use cheats. I have one of the two as a friend on facebook these days. It might seem stupid now, it might like nothing but in high school stupid stuff mattered for stupid reasons. I'm not a fan of sportsball and games was what I talked about, that was the thing I could talk with others about and while it was only a couple of days I was being essentially blocked out of the conversation and dismissed as knowing nothing for sucking at games. That memory however has stayed with me. And yeh now I can say "I suck at quite a number of games".

The thing is that memory just make me look at all those on about how a game "needs" and easy mode and "Should respect it's players" and question, do you really want an easy mode for accessibility and such or do you just want it to brag about how you beat some hard boss with no trouble? Mostly what I see in communities round hard games are people helping one another, talking about the struggles and sharing tips and advice they've found. Most people in the community around hard games want others to beat it too and to get over the wall. People watching hard games, while some may wish to see streamers etc suffer others join in to watch that moment of relief and joy when they finally beat that hard boss. It's rare I notice anyone bragging about having beaten hard bosses or saying it's some amazing achievement. People do share their victories etc because they want others to celebrate with them and share in the joy of having beaten something that hard. Do people really want an easy mode for "accessibility" or is it more for them because they've not grown past a highschool mentality and just want to be part of some hypothetical "in crowd" because they beat a video game? I get it, being left out sucks but then you become and adult and realise it doesn't matter much and you get over yourself. 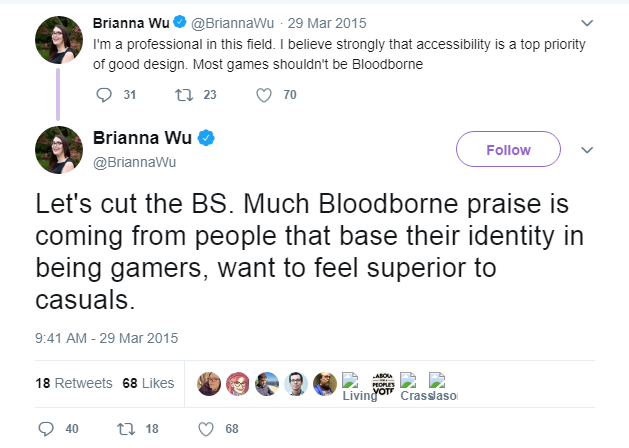 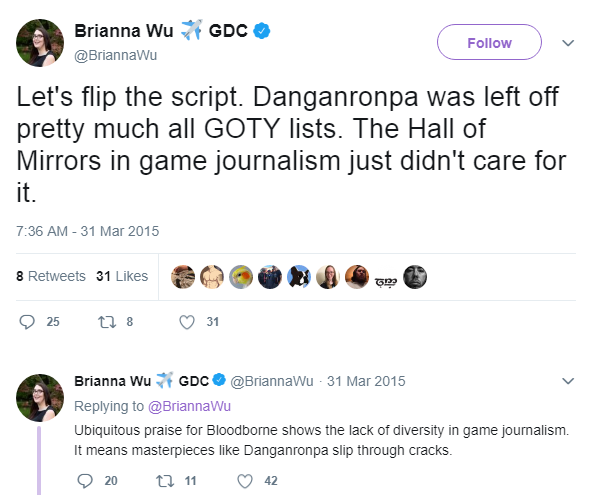 In the end should games have some super easy mode?
Well maybe, but it honestly it should be a mode so easy it's a joke, infinite health and enemies literally not doing anything because if you really want to beat it that badly enjoy the little satisfaction such a thing will give however I think there should be something different as the main goal for people calling for "accessibility". Psychologist Lev Vygotsky wrote about the idea of the concept of the zone of proximal development. In education it's the idea that with assistance a person is capable of far more than they know if pointed in the right direction or presented with the right questions. It's my belief that honestly that's where game should be aiming to do. To me easy mode / infinite health mode etc is giving people the answer to the proverbial test, gaming should instead be giving players options to help them improve. It shouldn't be easy mode people are yelling for but the game to give them tools to help them "Git Gud".

Now I know what you're thinking what could Sekiro do to actually help people improve. Well I've watched The Limomaker stream Sekiro and listened to him talk about it and his problems with the game. Using that information there would be a simple option (though hard to make) that would achieve the idea of helping people get better without just dumbing the game down. Add a little more feedback for the player in a way similar to how rhythm games do. Sekiro is all about timing and what I saw from Limo was he was struggling to get timings down and to paraphrase him "I don't know what I'm doing wrong timing wise am I too early or too late". Sekiro could add some additional player feedback to say if you were too early vs too late rather than both just resulting in a hit to the face. This could be done when trying to parry, counter or dodge to just give that bit more feedback and help people get their timing down, that tiny extra bit of feedback could help people hugely.

I've been Dwarvenhobble and I don't play From Software games because I suck at video games. But I sure as hell respect From Software for their masterful craftwork. I don't need some super easy mode because I'm not in highschool anymore and don't mind admitting I suck at plenty of games and don't feel the need to complete them to be in some seemingly dreamed up 1337 gamer in crowd. If you want more regular ranting and nonsense from me I have a twitter. Thanks for reading.