When I heard the theme for this month's BoB, cooperative games I was a little concerned. I don't usually play games with anyone else, and even if they have co-op in them, I usually can't find anyone who would want to play with me.

As I was wondering what to play and who to play with, my little brother came over and we ended up playing Super Smash Brothers Ultimate online. We were doing the team battle, or the 2v2 online mode and just all around having a great time. We were playing the same team, changing around our characters every once in a while, sometimes doing really well, other times getting steamrolled, and all the while I didn't know what to play for the prompt. It took me an embarrassingly long time to realize what I was doing.

Smash Ultimate online is not the best. Peer to peer connection doesn't really work for fighting games all that well, and it gets worse the more people you are connecting to. Playing with random people online is always a gamble because if their connection is bad, the game will be a slideshow lagfest. It's awful. One of the most fun ways to play Smash Ultimate is with four people, but that just isn't possible online... unless you do team battle.

Team battle lets you have a match with four people but only two connections. It was my brother and me against whoever the game would put us up against, and while the connection wasn't always stable, it was stable more often than not.

Whenever I play Smash by myself I play Ridley and try to get better with him, but when I play Smash with my brother, we both go out of our comfort zone and try as many different characters as we can. The game doesn't record GSP when you are doing team battle, so losing doesn't sting as much, so we don't feel punished for experiementing with characters. It's a great way to practice characters without worrying about losing your ranking or whatever.

Even so, we would still gravitate to certain characters when we want to play at our best. My best characters are Ridley, Pokemon Trainer with Charizard (despite him technically being the worst), and Wii Fit Trainer, while my brother likes King Dedede, Wario, and Dr. Mario. We also tend to do themes when we fight together. When my brother picks Duck Hunt, I'll pick either Isabelle so we can both be dogs or Incineroar so we can be a dog and a cat. If he chooses Dark Pit, I'll be Dark Samus so we can be edgy.

Playing Smash Ultimate alone is fun, but I always have so much more fun when I'm playing with my brother. We always end up laughing at the crazy things that end up happening. If it was easier to get videos off the Switch, I would have included the videos of some of our best moments, but until I can figure it out I'll have do just describe a few moments that surprised both of us.

We were fighting a Cloud and Zero Suit Samus, and we were Charizard and Dedede. My brother, the Dedede, started charging his jet hammer, leaving himself open, so both the Cloud and Zero Suit ran for him. I saw this and decided to flare blitz right into both of them. The moment my flare blitz hit, my brother also let his jet hammer fly. Smash Ultimate zooms in for especially powerful hits, and we hit both Zero Suit and Cloud at the same time with both of our characters most powerful attacks, causing a long zoom which allowed us to bask in what we had just done. Needless to say, they were both ko'd. 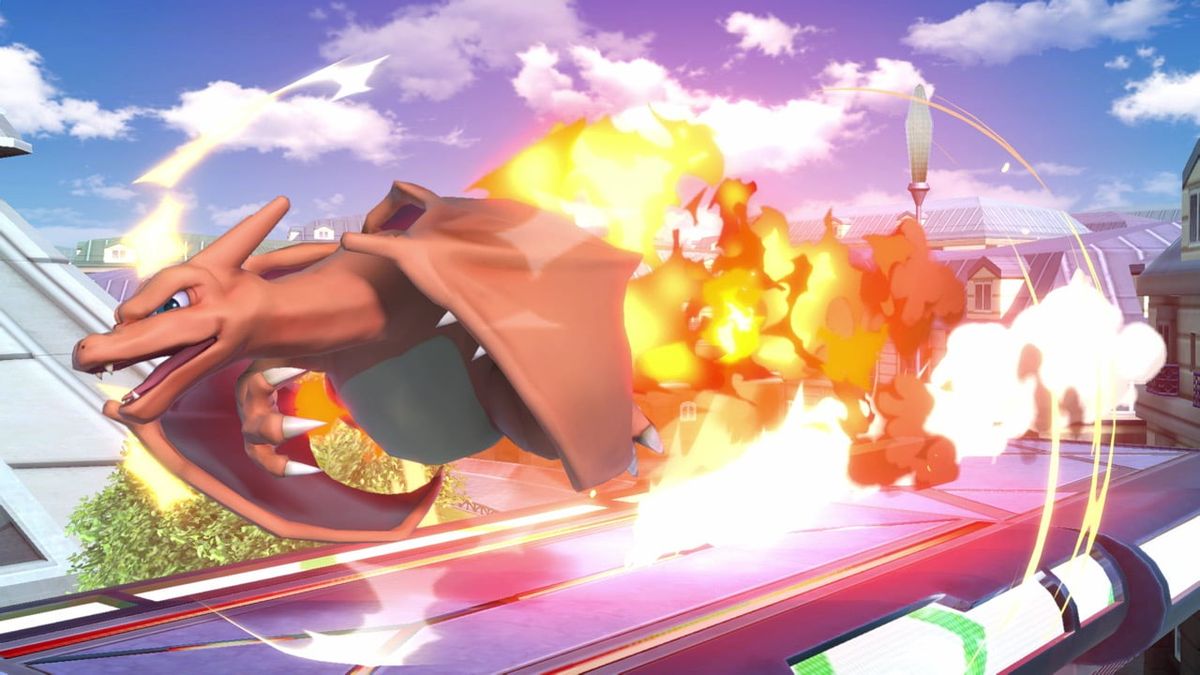 Another story is a time when I was Ivysaur, and my brother was Dr. Mario. We were fighting a Dedede and a Corrin. My brother had thrown the Corrin offstage and chased her off, attempting to hit her with Dr. Mario's forward air. At the same time I was fighting Dedede onstage and managed to hit him with a smash attack. That smash attack launched Dedede right towards my brother who had just started his forard air attack. He ended up hitting both Corrin and Dedede, killing both. It was so perfect, that the Dedede, who was now the only opponent left, crouched in the middle of the stage, and then just ran off, giving us the win, as if to say that play was so good that we had already won the match.

Team Battle online in Smash Ultimate is honestly the most fun I've had with Smash. Playing with someone while also playing against someone online gives you the best elements of Smash all at once. I would definitely recommend finding someone to play with and trying team battle online.