Is Surfergirl a dude? Pics of Nintendo characters in an early build of Marvel Ultimate Alliance

8:46 PM on 11.18.2007 (server time)    0
Like much of the internet's gamer population, I am suspicious, fearful, and in awe of this mysterious entity called "SurferGirl". Tristero's recent interview with the "girl" did little to quiet that sense of suspicion/fear/awe. Not since Lonelygirl16 has a maybe real internet personality been the center of so much curiosity (at least in gamer circles).

Why would a video game playing female name herself "Surfergirl"? Don't they usually go by names like "My C-blog will be filled with 100 comments with in 15 minutes" or "Rock me, Whiteboy"? I mean, surfing and girls are the last two things I associate with video games. When I was growing up neither surfers nor girls would come anywhere near an Atari "paddle". We games were lonely, pasty boys, and we liked it.

But what really makes Surfergirl an enigma is the amazing level of secrecy and accuracy of her tips. She revealed the new Prince of Persia game way before anyone else. No one actually believed the news was real, which made it even better when it was. Adn from there she has continued to drop huge news bombs on the internets on personal, non-profit site. It's unheard of for someone to leak this kind of info without making dime one.

The latest tip I've seen from here is that Nintendo characters were originally planned for the Wii version of Marvel Ultimate Alliance, as seen in pics below. 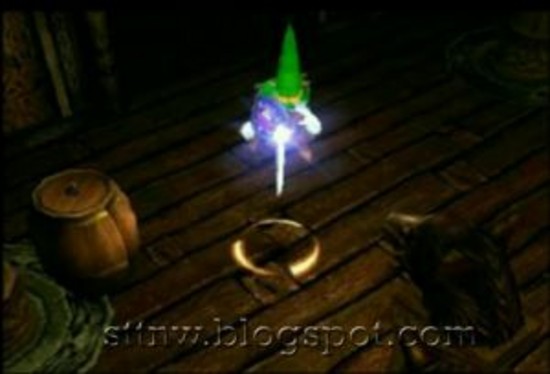 Now these pics could be fake, but so could Paul McCartney (according to Seaman). You don't know if anything is real unless you see it for your own eyes, and even then there could always be a mind explosion afoot.

But I ask you this, why would Surfergirl fake news about a game that has already come and gone, a game that is more or less universally though of as worthless? If you are going to make fake news, you make it about Sonic being confirmed for Brawl, or Metal Gear Solid 4 coming to the 360, right?

Well, I guess that's a amtter of opinion. But one thing is for sure, as long as Surfergirl continues to keep "her" identity hidden while providing just mind exploding news, I'll be wondering just who the hell she is.

PS, I think she is a dude. A dude named Ron Workman.

JUST TRY AND PROVE ME WRONG!
#Community
Login to vote this up!