One of the strangest thing about Shinobi Legions is that despite being the latest game in a core Sega franchise at the time, it was published in the West by a different company. Evidenced by that, and the fact that no other Shinobi game was released on the Saturn suggest Sega had no idea what to do with the franchise.

In hindsight, that was obvious with this game, as it is barely an improvement on the Genesis games. In fact, it is actually more of a step-down if we are being honest, even if the end product isn't bad in any way. 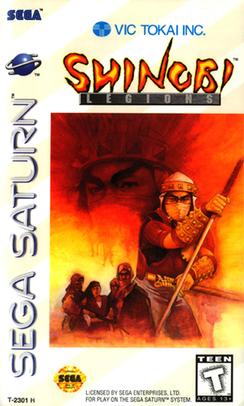 "If you want her back just come and find us"

While the Shinobi series was always short in the story department with little narrative. Instead, it opted to offer the story through its futuristic Ninja setting, where the series protagonist, Joe Musashi, finds a reason to throw shurikens at enemy faces.

Given that this is a game released on the newer Saturn console, Sega decided to offer more of a narrative pull to the game. 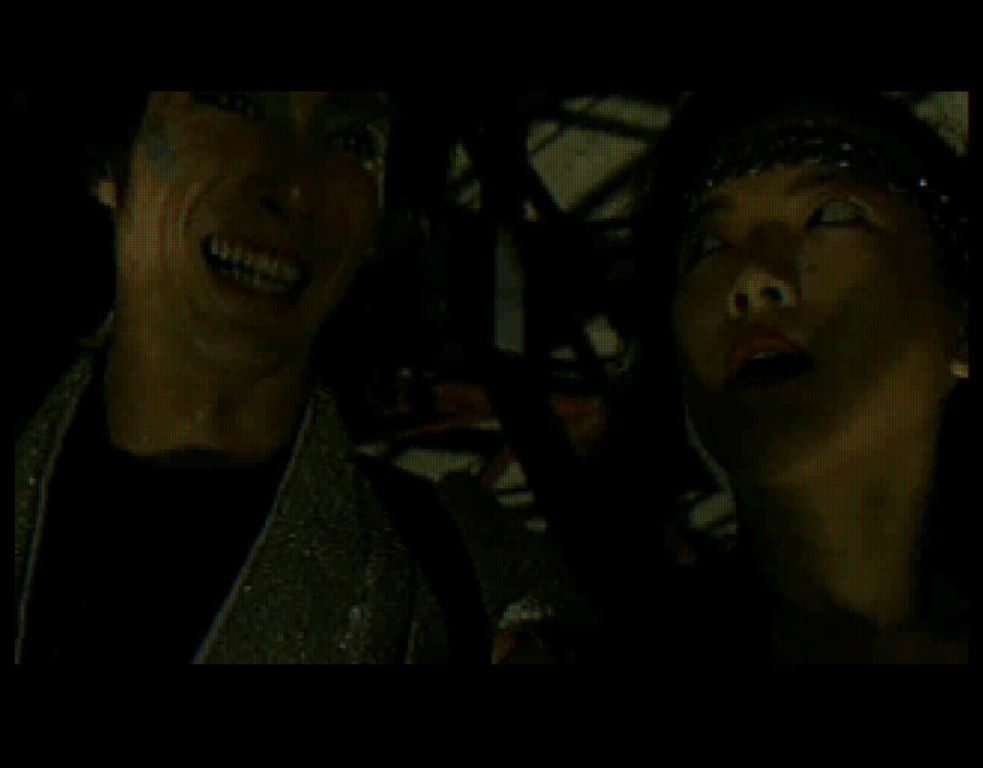 First, this is a completely different story, with another protagonist. Second, there are now several FMV scenes separating the stages. These scenes are products of their time, with cheesy B-movie acting in a B-movie plot. A simple girl kidnapping to unlock a mystical force plot. Maybe, if it were not for the grainy images, it will even be a little endearing.

One thing to note is how little these scenes have with the actual progression in the game, as the scenes predict little of the setting of the next stages.

"Sho, you have to be the one who will defeat this evil power"

Regardless of the shallowness of the story, it does give Sho a reason to throw shurikens at enemy faces to save his girlfriend. Or, in this game, to slash them with his katana.

Unlike the previous Shinobi games, Legions puts more emphasis on getting close and personal with your enemies and slashing them with the sword rather than killing them from a distance. To accomplish that, the designers nerfed the shuriken, making them slower to throw. Also, they increased the move-set available and the speed of swordplay. 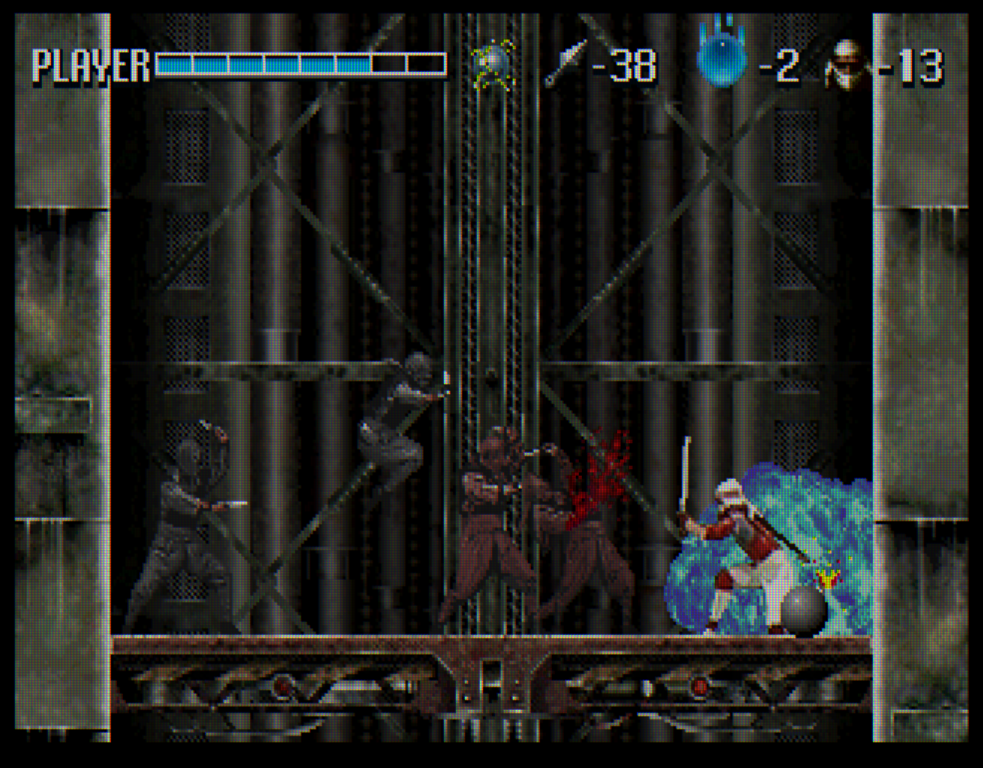 You will need to handle groups fast to survive

This is a mostly welcome change, as it increases the excitement of the combat. It does, however, increase the risks, especially at higher difficulties. To compensate for that, enemies in the game actually have less of a ranged threat than in previous game. On balance, this is actually an easier Shinobi than the ones I played on the Genesis.

Generally, the action is pretty good, even if it is a little bit sluggish and unresponsive at times. Some inputs, I feel, do not register at times. Double jumps fail for no reason, lunge slashes randomly appear, and shurikens are just too slow. Most of these issues only rarely affect the game, but they can screw you up at the wrong time.

"Sho, you're no match for me now that I have the key to the secret technique"

The biggest challenge in a game of this genre is always about perfecting the action mechanics and continuously improving. As such, their short length, which invites replayability, is not negative for the dedicated fan.

It is the same here, especially with some decent bosses that are fair yet challenging to defeat. Which is not something you can say for many Action games of this type. At least not the "fair" part. 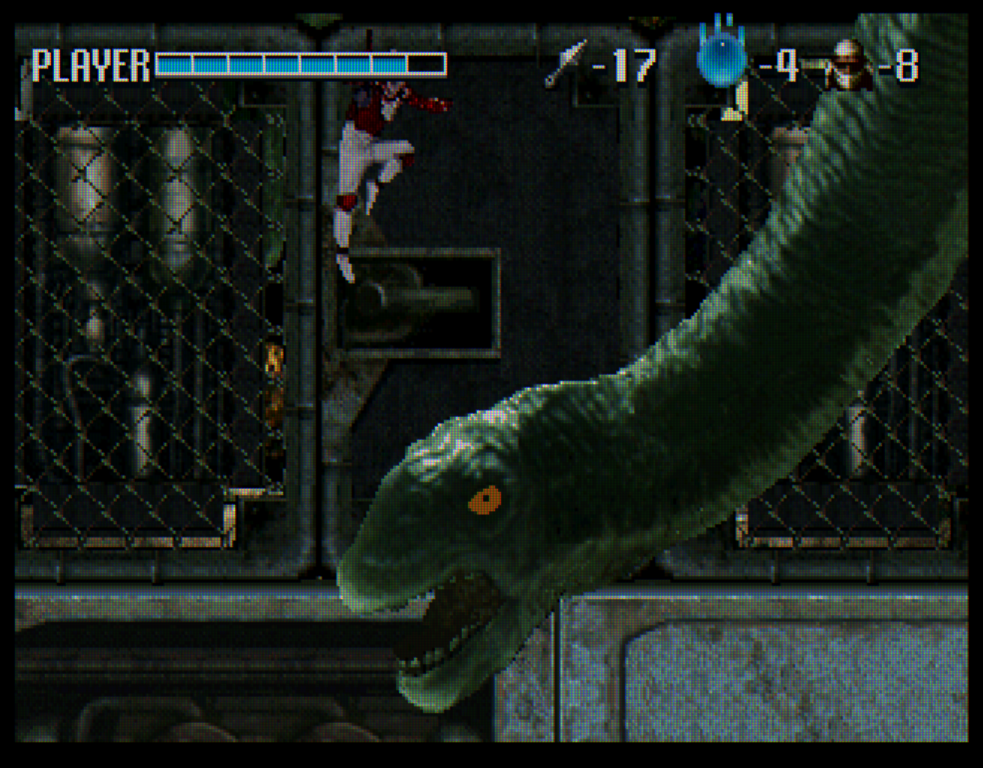 Nothing fair about fighting dinosaurs in foot

Unfortunately, the levels themselves are not very creative and pale in comparison to the exciting locations of the previous games, both in design and in gameplay mechanics.

Worst of all are the final two levels, which are as frustrating as they are dull. With plenty of pits of doom in one that makes traversal a boring slog, and some rocket evading bullshit that betrays the unresponsiveness of the game.

It is in these instances, and not in actual moments of challenge, that Shinobi Legions gets its undeserved badge of difficulty.

Typical to other games released on the early days of the Saturn, we see Sega experiment with new graphical and sound technology that somehow reduces the appeal of the games compared to their predecessors.

Not speaking of the grainy FMV scenes, the graphics in the game, that utilize digitized sprites in lieu of the beautiful handiwork of Shinobi III, are just simply a step-down. It looks cheap. It is cheaps. And it is simply dated and unattractive. 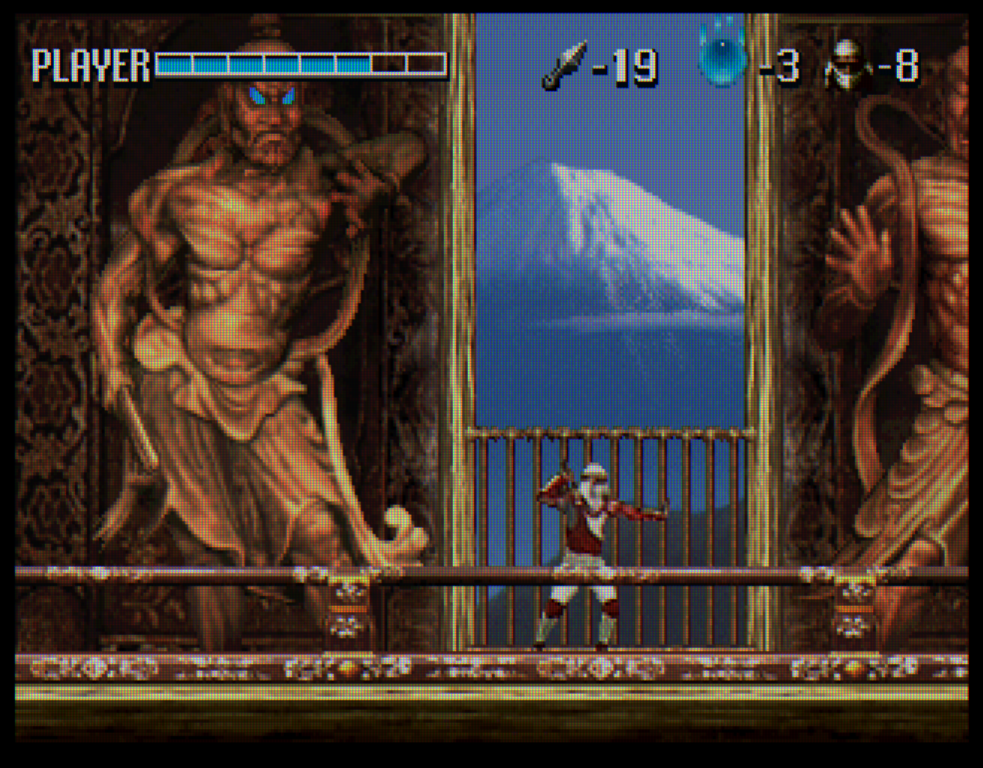 Still, it is not as bad as early polygonal graphics and doesn't affect the gameplay in any way.

What is affecting the gameplay is an honestly weak score. This soundtrack makes a mockery of the excellent tunes of the Genesis games and was even replaced by some original compositions when the game was ported to Europe.

If you take it in isolation, then Shinobi Legions is a good, if unremarkable, action platformer game. It only when you compare it to its very recent legacy that you get disappointed. It is obvious that Sega had little idea what to do with their core franchises as they went forward with the Saturn.

That isn't more obvious than a Ninja trying to hide, dressed in white. 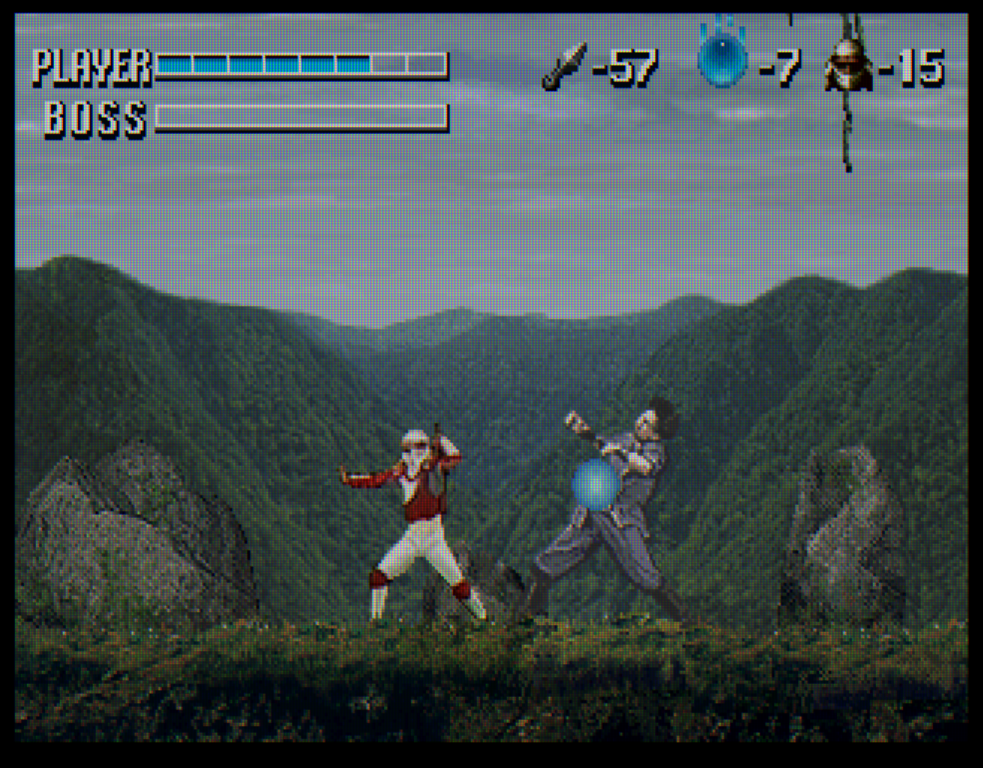 The bosses are highlights of the game

1- Utilize secret thunder power-up when in trouble.
2- Practice making your double jump.
3- Practice utilizing your wall jump.
4- Include shuriken throwing in your repertoire.
5- Look for powerups and life orbs inside breakable objects (beware of bombs). 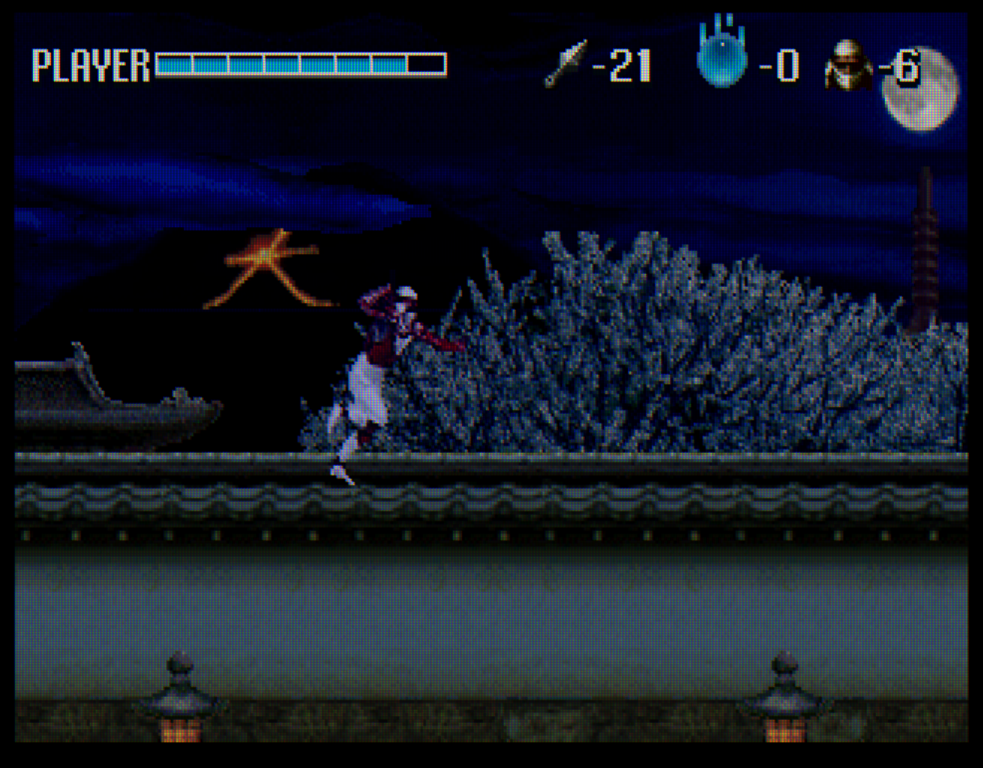 The opening level is good

Even though I ended up not enjoying Shinobi Legions as much as the Genesis Shinobi games, I don't regret playing it at all. Thanks to Ghoane for suggesting this game for me to play. Feel free to suggest any game that is not already included in the list I a reviewing.

Next in the series, I will be writing a report on the games from #50 to #41 on the Retro Sanctuary list. I have only played a single game from those 10 (Albert Odyssey) since most of them are either multiplayer focused or genres that I am not usually good at.

After that, I will play and review the #40 game, Dark Savior.