Typical to the Saturn, the top 60-51 games on Retro Sanctuary are almost all Japanese exclusives that were never ported west, while some are inferior ports of PC or Arcade games. Besides a few of these games, the 2D games, that showcase the Saturn's best qualities, these are not a very impressive collection.

Of these games, Magic Knight Rayearth is the only one I played to completion and only one with a complete in-depth review that you can check out. 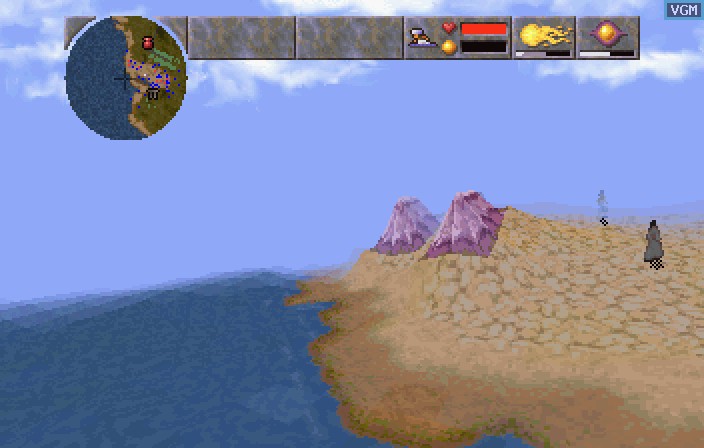 This is the kind of game where a quick and dirty port simply doesn't work. Originally developed by Peter Molyneux's Bullfrog Productions for the PC, this game was then ported to both the Saturn and the PlayStation 1. Both ports suffered from the typical control problem encountered when porting first-person games.

At its core, Magic Carpet is an interesting offshoot of the God-Strategy genre, where an action-heavy segment of flying around in a magic carpet destroying stuff is augmented by the strategy of spending the mana you collect in your destruction. At its time, the game was a little revolutionary for depicting flying in a fully 3D environment.

Still, if you are interested in trying this game, then the Saturn version is simply too awful to play. 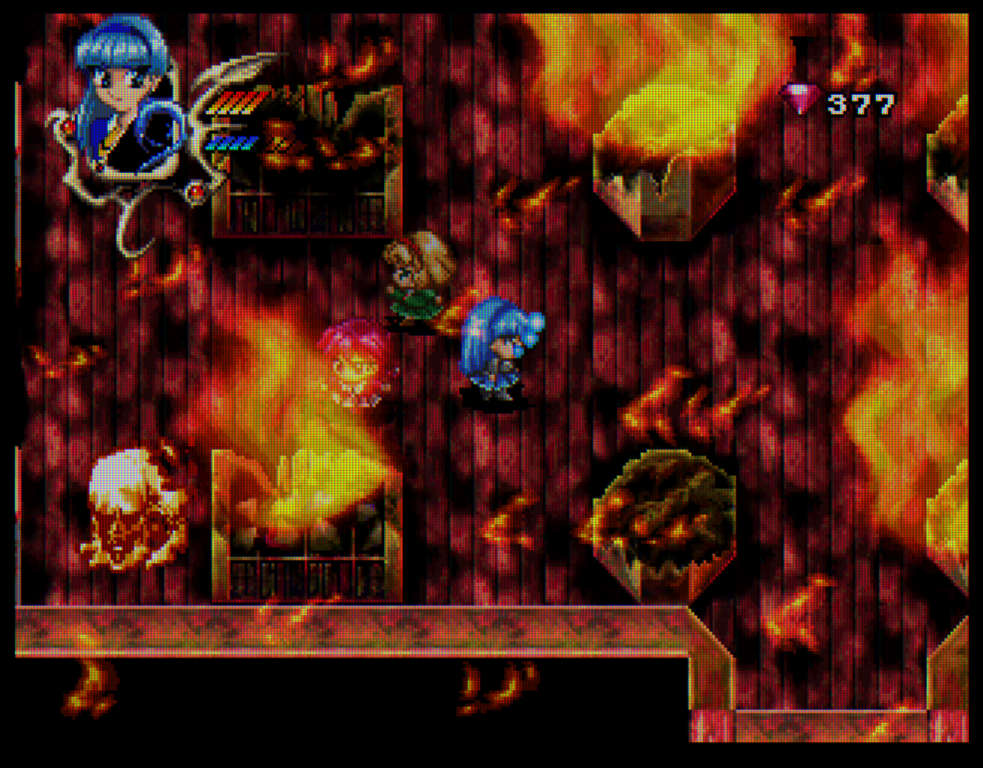 Based on the Magical Girls anime of the same name, this is an Action Adventure game that is pretty good, as I detail in my review of the game. While originally derided by some for not moving away from the 16bit graphics of the previous generations, that ensured that this game looks great now compared to early 3D graphics adopters like Bug! and Mystaria.

An interesting thing about this title is that it was one of the first game's unveiled for the system but ended up being the last official game released in the west.

That's because Sega, in their infinite wisdom, decided that 2D games would not sell well in the west. Instead, they banked on the Saturn's weakest points rather than its strengths. Also, they didn't think that a game featuring 3 little girls as the main characters would sell. 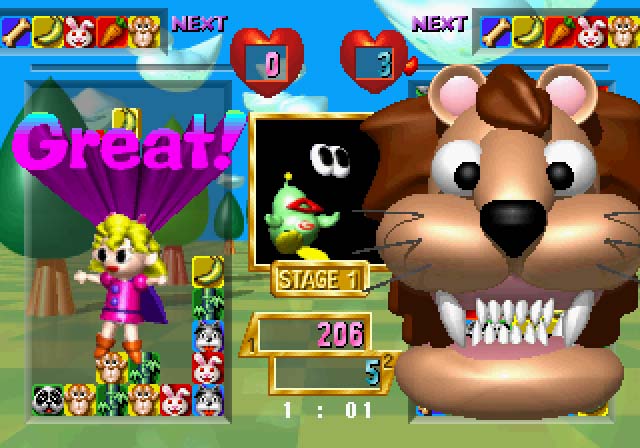 The most similar puzzle game to this Japan exclusive puzzler would be Puzzle Fighter, which is the better game. Still, Baku Baku is a good puzzle game for what its worth, even if it doesn't have much going for it in an already crowded market. 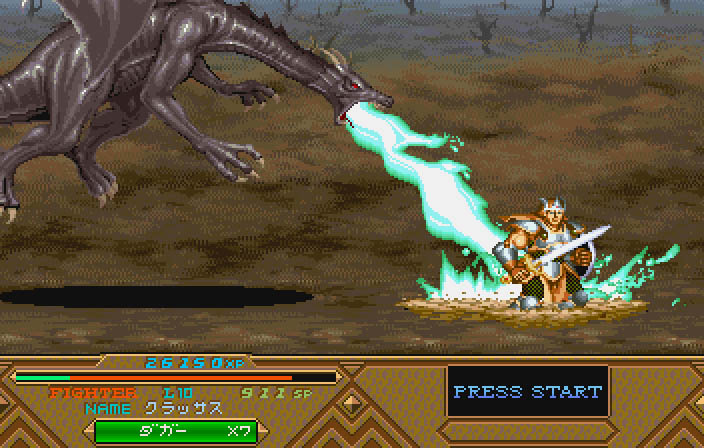 With its late release in 1999, after the Saturn stopped getting games, Dungeons & Dragons Collection was not released west. As a collection of two acclaimed Arcade Beat em' Ups. What differentiates these two games from the rest of the pack is some role-playing elements like experience points and equipment collection.

This probably would have been the rare Beat em' Up that I would have enjoyed since it looked to be more complex than its peers and with a lot of different mechanics. 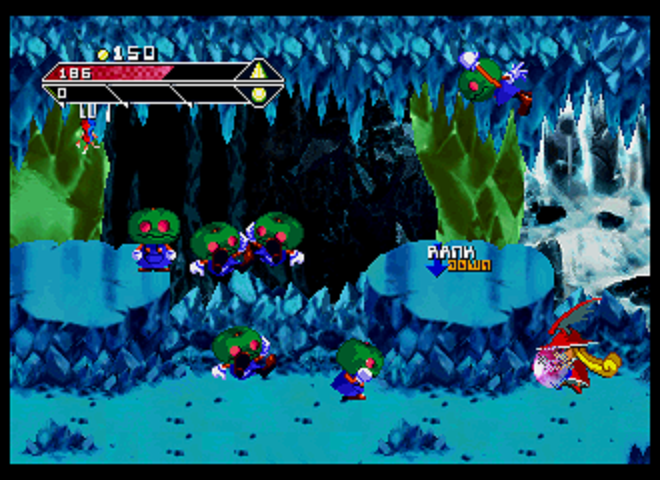 This game is interesting for two reasons. The first being that it signaled the development company, Treasure, moving away from the Sega brand after making some excellent and well-loved games on previous Sega consoles. The second is that the eventual PlayStation port, which was released in the West as opposed to the Saturn version which wasn't, is the better version of the game.

Typical to Treasure games, this is an action-packed game with tons of style. One thing to note is that the color-switching mechanic, which is where enemies can only be damaged with the same colored bullets, is a precursor to Treasure's much loved Ikaruga series. 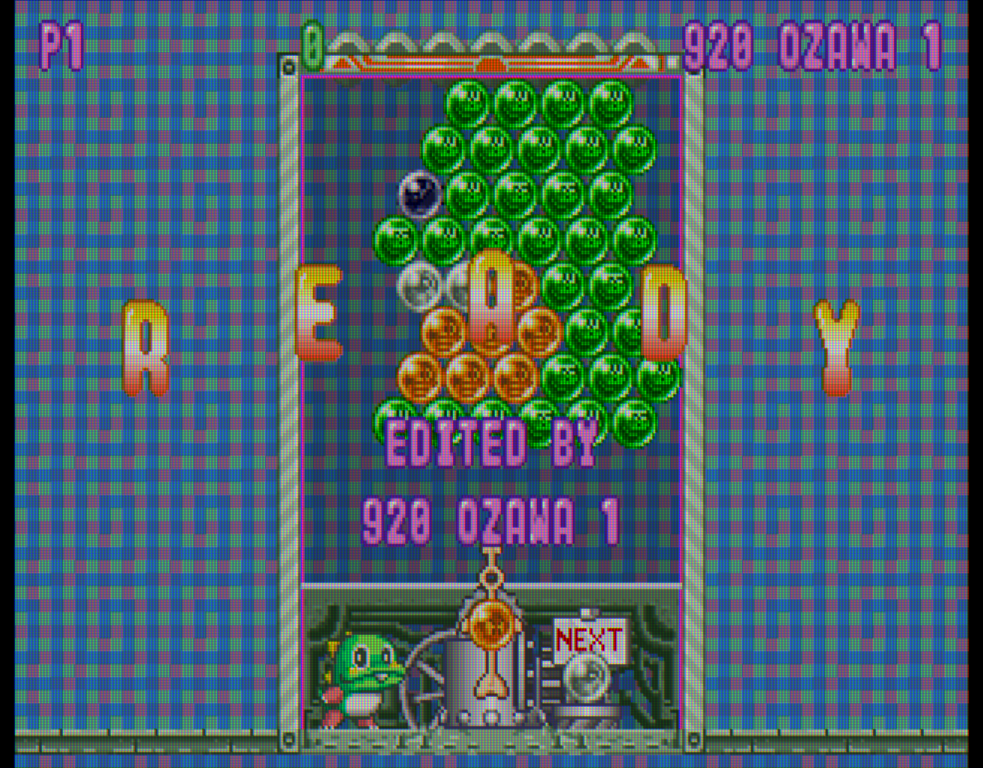 I think everyone knows what a Bust-a-Move game plays like, or Bubble Bobble as it is known in Japan. This release on the Saturn is nothing too different. It has an endless arcade mode, some puzzle maps, and some challenge maps, as well as the typical versus modes. Generally, you know what you get with a Bust-a-Move game, and that's always a solid puzzler. 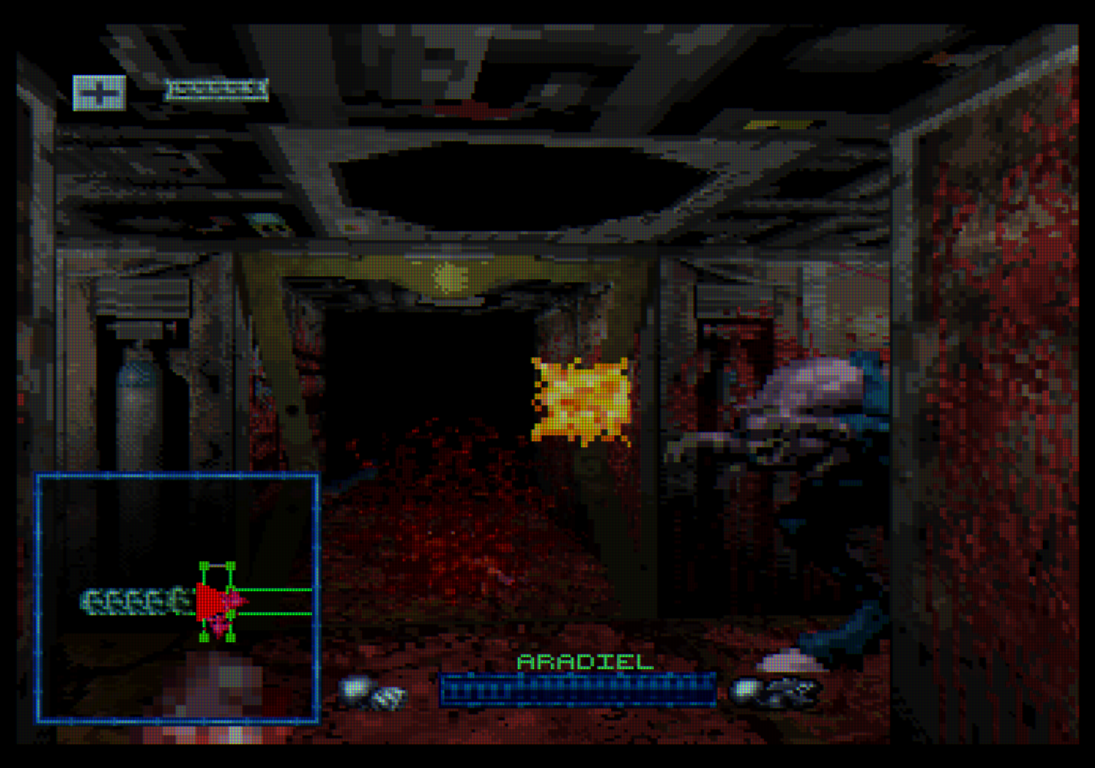 This PC port is a unique combination of FPS and RTS gameplay, where individual control of squad members is in action FPS, but overall control of the squad is in real-time strategy. You probably can understand how both types of gameplay are much better on the PC with mouse control, as the gameplay in Space Hulk suffers from several control issues that make this game a slog to go through. 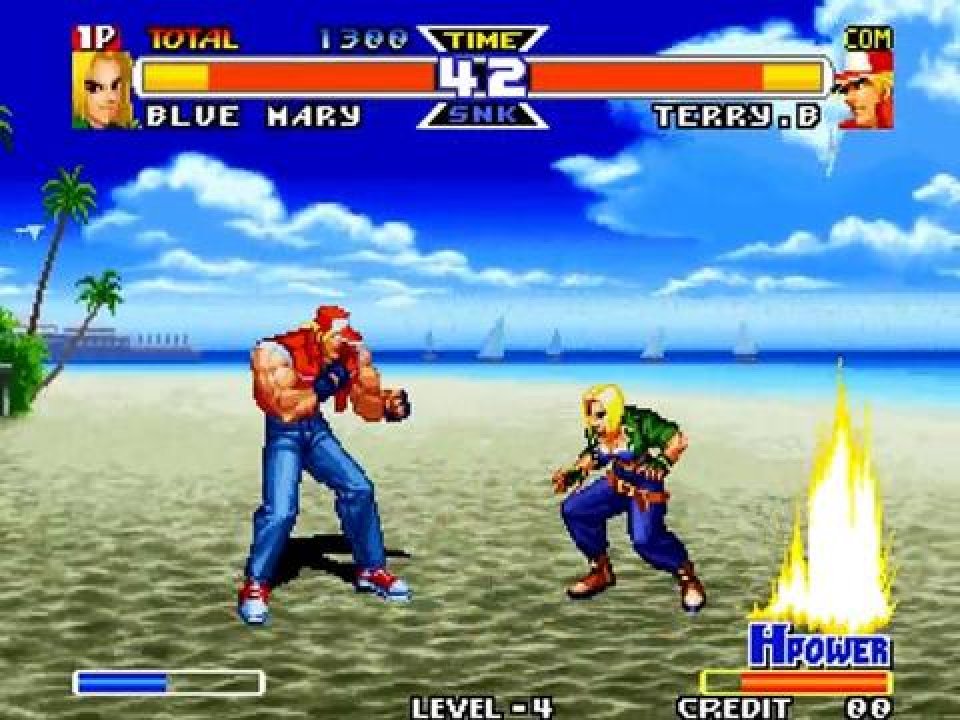 Real Bout Special, or Real Bout Fatal Fury Special, is a little-known but much-regarded SNK fighter that was only ported to the West on Arcades, the Neo Geo, and the Wii Virtual Console. Like other Neo Geo ports, the Saturn version is almost perfect; certainly better than the PlayStation port.

The Real Bout series is a spin-off on the Fatal Fury fighting series, where classical characters like Terry Bogard, Mai Shiranui, and Geese Howard are involved in a fighting game with some extra mechanics. Still a 2D fighter with excellent mechanics, the game also employs plane jumping where you can jump between planes. It can't be abused to break the game but adds another layer of strategy that works really well.

It surely is one of the best fighting games on the Saturn, but its final placement will have to wait for other greats to make an appearance first. 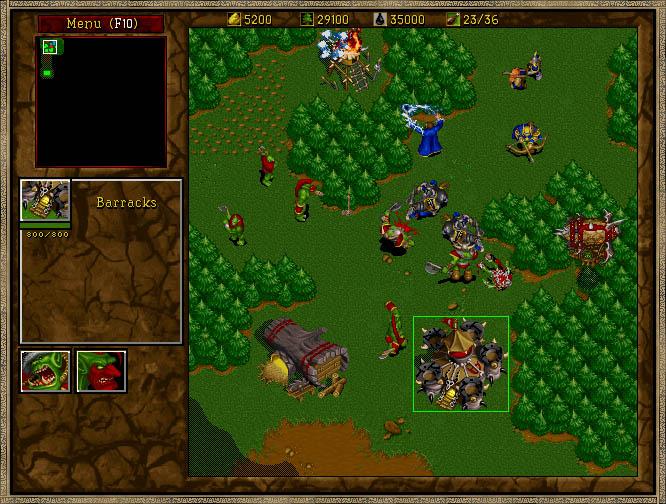 Does anyone think that Warcraft II on the Saturn would be worth talking about? It's obviously an inferior port to the PC version. 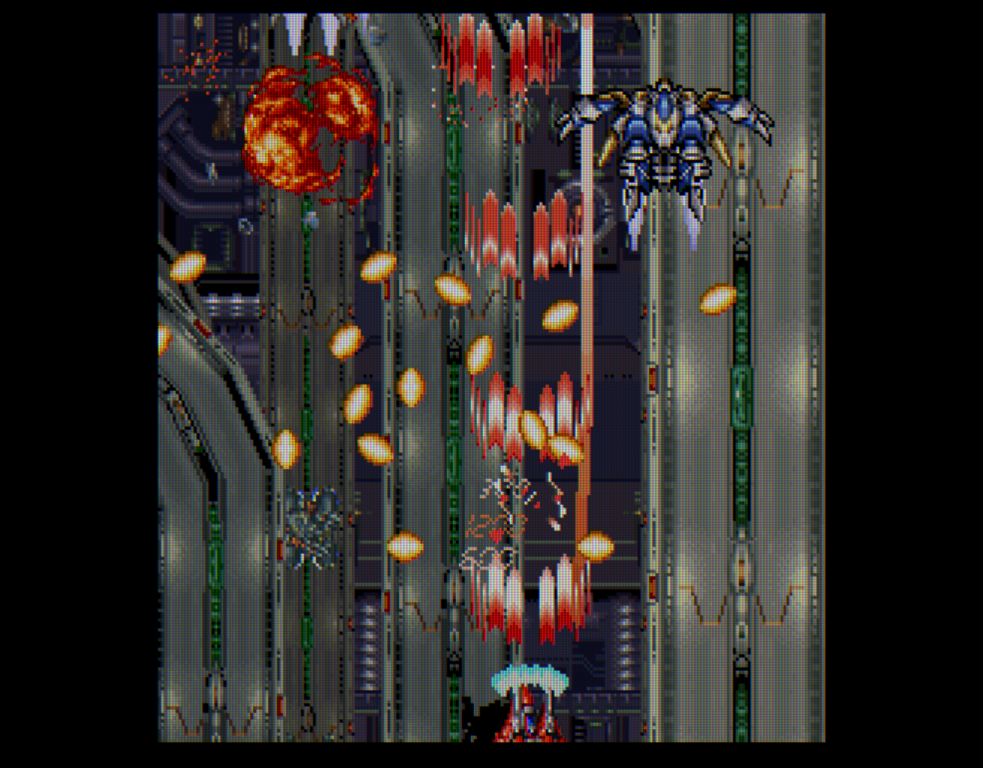 Like many games on this list, when it was released, Galactic Attack was criticized for barely developing past the 16bit graphics of the prior generation despite its excellent gameplay. Some doubted whether it was worth it upgrading your console just to play games like this when in the same time "progressive" games like Virtua Fighter 2 and Sega Rally are released.

I am yet to play either of those games, but I doubt they have aged as gracefully as this one.

Galactic Star is a vertical Shmup with few tricks up its sleeve. It is nearly as basic as Shmups go. With a single direction shot, single hit point, and a hell lot of enemies coming and shooting at you. The only twist with this game is that you are both fighting ground "Fixed" enemies as well as the enemies in your own plane. For the ground enemies, you tag them by getting them within the sits of your cursor before you unleash a barrage of lasers at them. The need to manage both ground and airborne enemies are the central gimmick of the game.

With excellent graphics (that was impossible in the 16bit era) and great music, this was one of those Arcade Shmups that are very faithfully ported to the Saturn, cementing its reputation as an excellent Arcade ports machine. One thing I thought is lacking from the game is the ability to dodge any sort of attacks or get some invisibility frames. Without that, this game is a hell to go through for non-advents of the genre.

For the fans, this may be one of the more basic Shmups on the system, but it does everything really well and offers multiple levels of difficulty as well.