BoB - Metroid: Zero Mission and My Short, But Sweet Time With It

Metroid was at one time my favorite game. Growing up I spent my gaming time with my brothers’ old NES. I played a lot of old, classic NES titles like Super Mario Bros, The Legend of Zelda, and Battletoads. But one game caught my attention more so than the others. And that was Metroid. It was unlike any other game I had played. It required you to explore the planet Zebes to find power ups and weapons. It rewarded trial and error when dealing with enemies. And it had an atmosphere that no other NES game had at the time. It could be incredibly creepy and filled a young dephoenix with a sense of dread he didn’t get from other games.

Despite Metroid being my once favorite game, I have never actually beaten it legitimately. Which is to say, I have never beaten it without using a code of some, whether that be the well known Justin Bailey code or the less well known, but far more powerful Narpas Sword code. And honestly, at this point in my life, I’m content with not beating the original “legitimately”. The NES original, while still fun today is just not something I feel like playing anymore.

Which leads to Zero Mission. I’ve started this game a few times. I borrowed the GBA cartridge from a friend a few years back (which I just own now, he didn’t want it back), but never got far. The game was such a departure from the original that at first I got turned off by how different it was. The same happened, more or less, when I started the game again on my Wii U. So the game was shelved for a while.

But for this month, I decided to dust it off and finally give it a fair shot. 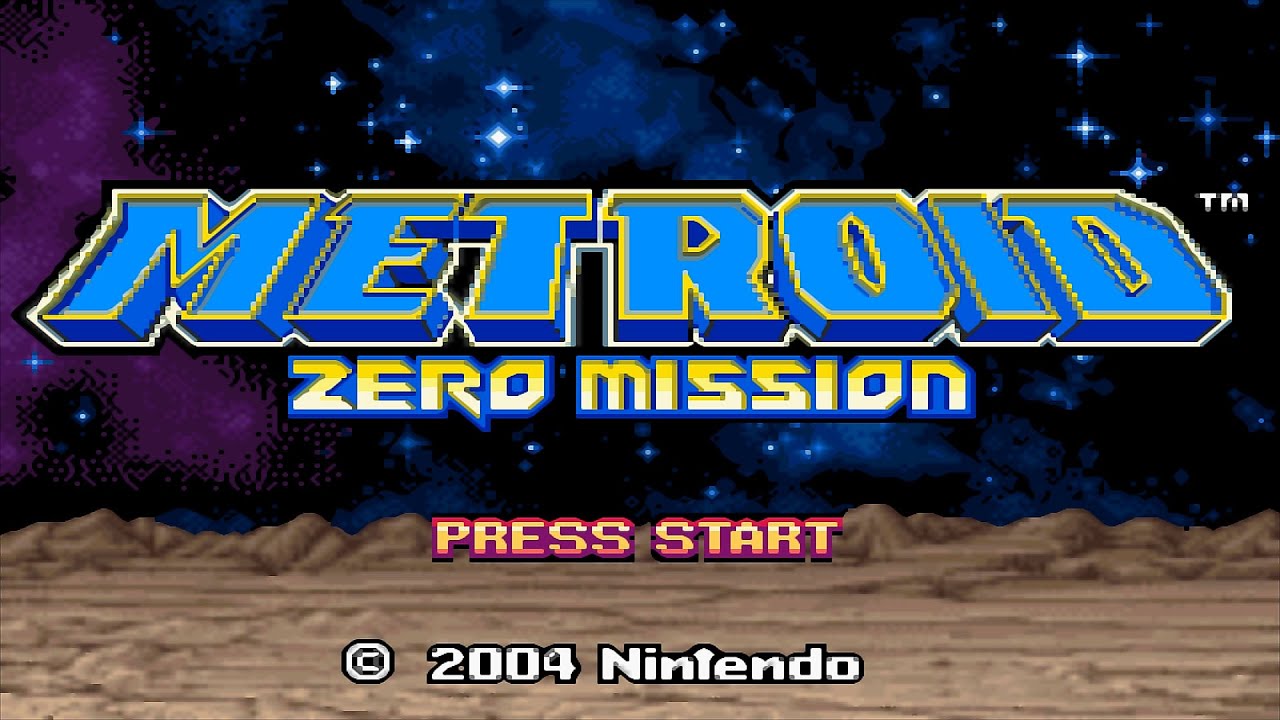 Starting it up again, I’m not sure why I cared so much that it changed some things from the original. The original, while great for its time, was a bit dated and needed a refreshing. And I feel like Zero Mission does a great job of making the most with its remake status. Zebes feels far more like a real planet, with its own life forms and history. The fact that it is the Chozo home world is far more obvious with all the little Chozo ruins and artifacts that you find throughout Zebes. It manages to give much more personality to Zebes. And that is wonderful.

The updated graphics are also a welcome change. Areas like Norfair and Brinstar were always a little creepy in the original, but are now far more so with the much better graphics. And many enemies are far cooler looking than I remembered them from the NES games. I won’t drone on about the graphical upgrade, since its not exactly a surprise that the GBA had better graphics than the NES. But it is pretty cool to see Zebes with such a great re-imagining of the original’s design.

Gameplay-wise, Zero Mission is pretty damn great. Being able to shoot in eight directions is obviously better than the original’s four. And for the most part the games mechanic are fantastic. Running an gunning is fast paced and satisfying. Power ups like the Space Jump work great. Over all its pretty swell.

There are some issues with it though. Locking ledge grabbing behind a power up is, for lack of a better term, stupid. Like, I couldn’t help but thinking, “ So Samus needs a power up to…grab a ledge? Without that power up she can’t just, like, hold onto a ledge?” It’s just a weird thing that felt dumb and was just done to keep you from certain areas that the developers could have locked off in a different way. Instead they went with, what I think, was a lazy option that kind of makes Samus look stupid.

I also didn’t like how wall jumping works (or rather doesn’t work) in Zero Mission. Most of my attempts failed miserably. This is severely disappointing since this mechanic works so much better in Metroid Fusion (although I’ll give it credit, the Space Jump works better in Zero Mission). I won’t get into this, I want this blog to be about Zero Mission, not Fusion. So let’s move on.

One of the best updates from the NES original is Kraid and Ridley looking more like they do in the rest of the series. It’s just better for continuity’s sake. And also just better since Kraid and Ridley’s Super Metroid designs are just better. They are, however, much easier than they were on the NES game. This isn’t necessarily bad, it is just something I noticed.

Mother Brain, on the other hand, is just as hard as I remember. And the Metroids are way harder. They’ve become mini-bosses in their own right, which since they are the series’s namesake. It made fighting them more nerve racking and intense, and I am okay with that.

Now I was surprised that after defeating the Mother Brain and escaping Zebes, the game was not over. I did not know that Zero Mission added a new segment with the Space Pirate Mothership. And I have to say, I am glad I didn’t know about that beforehand. It was an amazing surprise.

So first off, this segment starts you off without Samus’s powersuit and therefore without all of the power ups she had acquired thus far. You are now relatively defenseless and vulnerable in way you haven’t been so far. You can only stun the Space Pirates you come across, which makes for some tense situations. They chase you around if they spit you, forcing you to run until you can hide from them. It reminds me of the SA-X segments from Fusion, which were some of my favorite/least favorite parts of Fusion.

Eventually you make your way to a Chozo mural that you have to fight in order to get a new, more powerful powersuit. I love this. It gives an explanation as to where Samus’s powersuit came from and adds to her lore as being raised by the Chozo. This is something that the series as a whole kind of lacks, and is just nice to see.

From here, you get to blast away the Space Pirates that you had to helplessly run away from just a little while ago. It’s satisfying to now be able to shred through them. Its not too easy though, as you now have stronger Pirates to deal with as well. But those are few and far between.

You explore the ship until you reach the final boss, Mecha Ridley. Now, I knew about Mecha Ridley before this pint, but I had thought he was a secret final boss that you only fought under certain conditions. He is not. He is just the final boss of the game. You can make him harder, apparently, by getting 100% completion. I did not. I ended up with 67%. I’m fine with this, I didn’t need him to be harder. I am fine with Mecha Ridley being a bit of a pushover. Metroid is not a series I play for tough bosses. I play it to explore strange alien worlds, which Zero Mission has. As a quick side-note, Mecha-Ridley is just a really cool looking design.

Ultimately, I enjoyed Zero Mission a lot. While I had some reservations with it, none were enough to dampen the experience in a significant way. The game, as a whole, is a damn good time. It’s a well made, just genuinely fascinating world to explore. Especially the new, post-Mother Brain segment (which has Chozo Ruins with murals that if you take the time to examine them, add some interesting lore to the Chozo race). The game is brief, but substantial and offers a lot of fun. It’s also, definitely the best way to experience the original Metroid story. It updates the original NES game in all the right ways. And as a bonus, once you’ve beaten the game once you gain the ability to play the original to compare it to the new version. That’s just gravy.

Zero mission exemplifies Short, but Sweet perfectly. It’s not a long game. I beat it in roughly four hours, and can easily be beaten in half that time. But despite being that short of a game it is packed to the brim with things to do. It is a substantial game with lots of little details that makes it a must play for any Metroidvania fan. I am glad to have finally finished it and I look forward to the day I play it again. 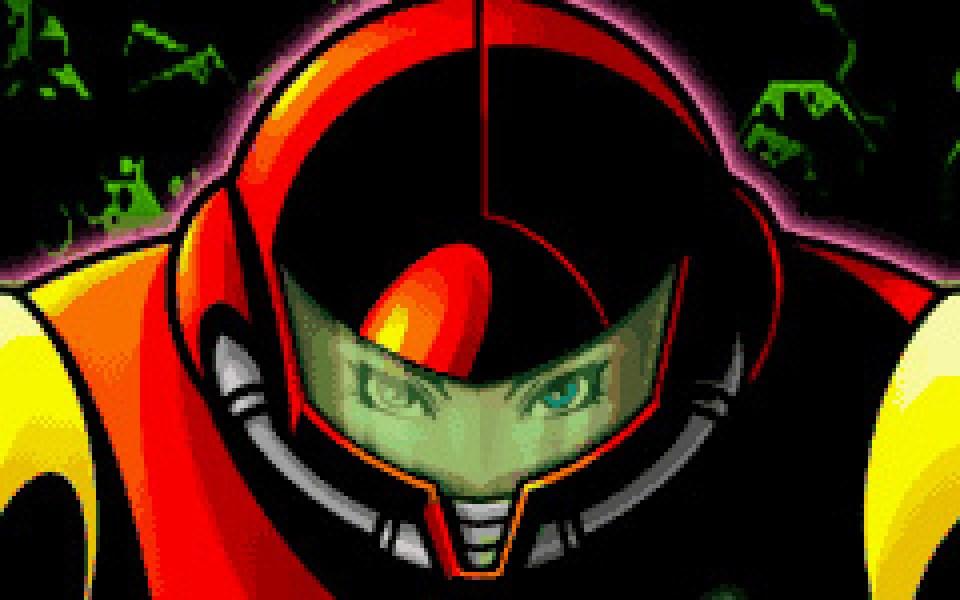