In the 16bit era, LucasArts studios were known for their colorful and cartoonish graphics. Their games often looked to imitate the sort of cartoons you could find on Cartoon Network or other such channels.

With the increased capability of the Saturn, you can see why games like Herc's Adventure were made by the same studio. Expertly animated and drawn with the same style, the game was also more ambitious in its delivery compared to earlier LucasArts games, like the cult-classic" Zombies Ate my Neighbours.

While the game is not without its shortcomings, the effort mostly works. 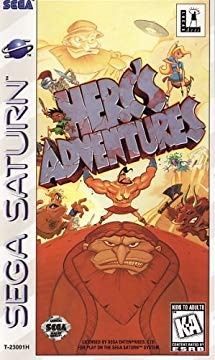 "Seek out the help of my fellow Gods, and good luck, erm, I mean GOOD luck"

From the game's title, you could guess that it is featured in mythical Greece, with Hercules and some other companions fighting against Hades's evil plots. There is little difference in this retelling other than the Saturday-Night-Cartoon look and the fact that you can choose to play as one of two other characters: Atalanta and Jason. 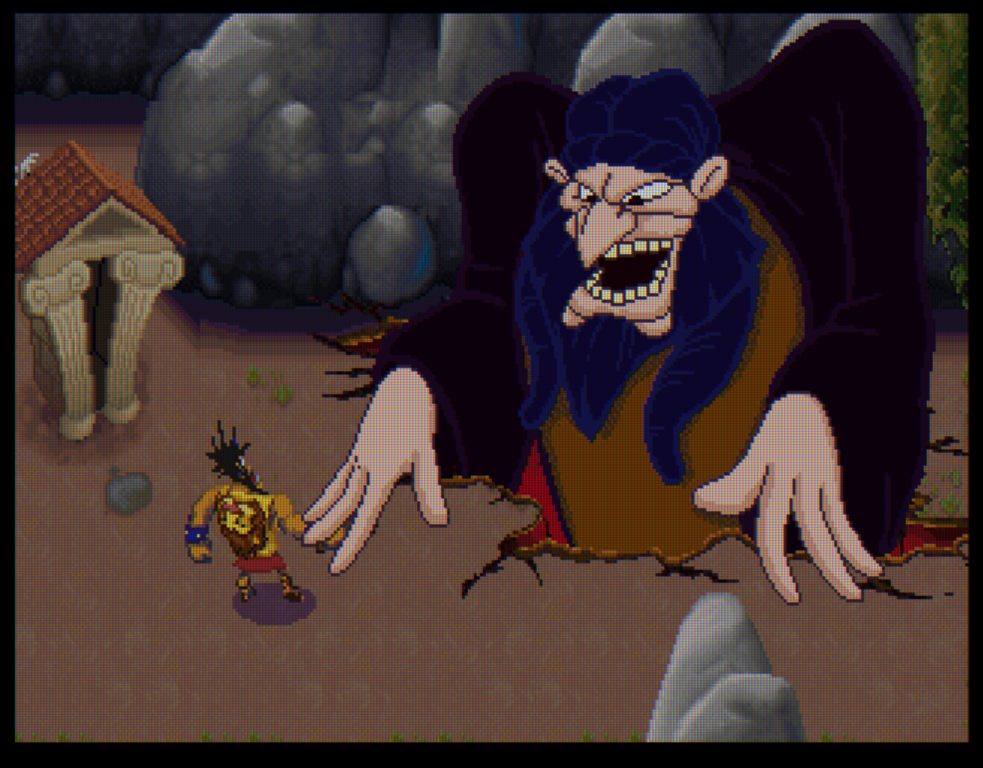 This is unlike any Hades you knew before

With the style LucasArts is going for, the game aims to be mostly comical. From the design of Zeus, Hades, and the other gods, to the design of all other enemies and characters. Regularly, you see little funny details in the environment, like a sunbathing beach, or the anti-man city of the Amazons.

These little details work to give a more visual narrative to the story other than the occasional exposition by Zeus or Hades, and it mostly works.

The story is mostly a framework to explore the world of the game, as you go from place to place to gain the favors of other Gods. It basically boils down to fetching things back, gaining some useful items, and defeating bosses.

Unique for the time, the overhead world is almost all open, with no loading screens at all. This entire map is open in theory, but you will need to get some abilities and items to go past certain areas or defeat certain bosses. 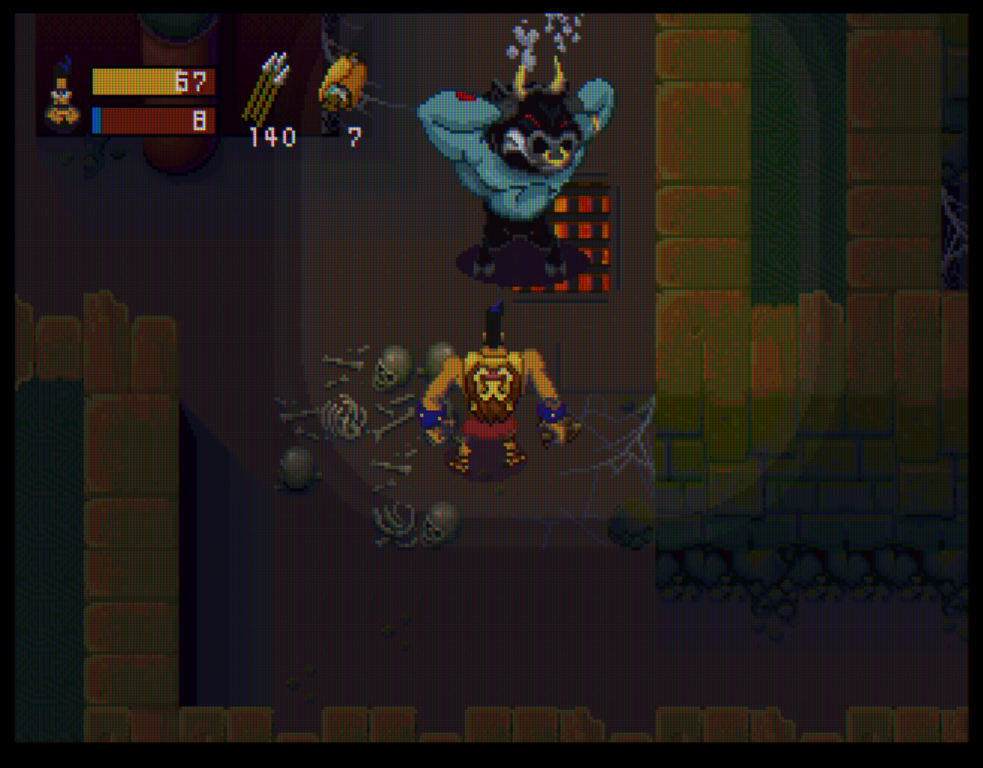 You wouldn't want to anger the Minotaur

For instance, one dragon boss can be stumbled upon quite early. However, without an item that can help you withstand its fire, the fight is impossible to win.

Similar roadblocks are peppered over to gently guide you through the way, although the game never explicitly shows you the rails.

One thing that may both unique and distressing is the death mechanic. Instead of simply losing progress, you are transported to the underworld, where you get the chance to escape. This can happen for five times, with each being harder than the last, after which it is game over for good.

"So, you are the pathetic mortal who Zeus sent to defeat me. You have no chance against me. I am Hades, lord of the underworld"

As an action adventure game, the combat is an integral part of the experience and maybe its weakest point. Simply, it is more annoying than challenging and time-consuming than exciting.

You primarily attack with a melee strike (for Hercules), but this attack is of such short range that you almost always get hit by an enemy attack or two. Another option is to charge your attack to throw the club like a boomerang, but that leaves you open for other attacks. 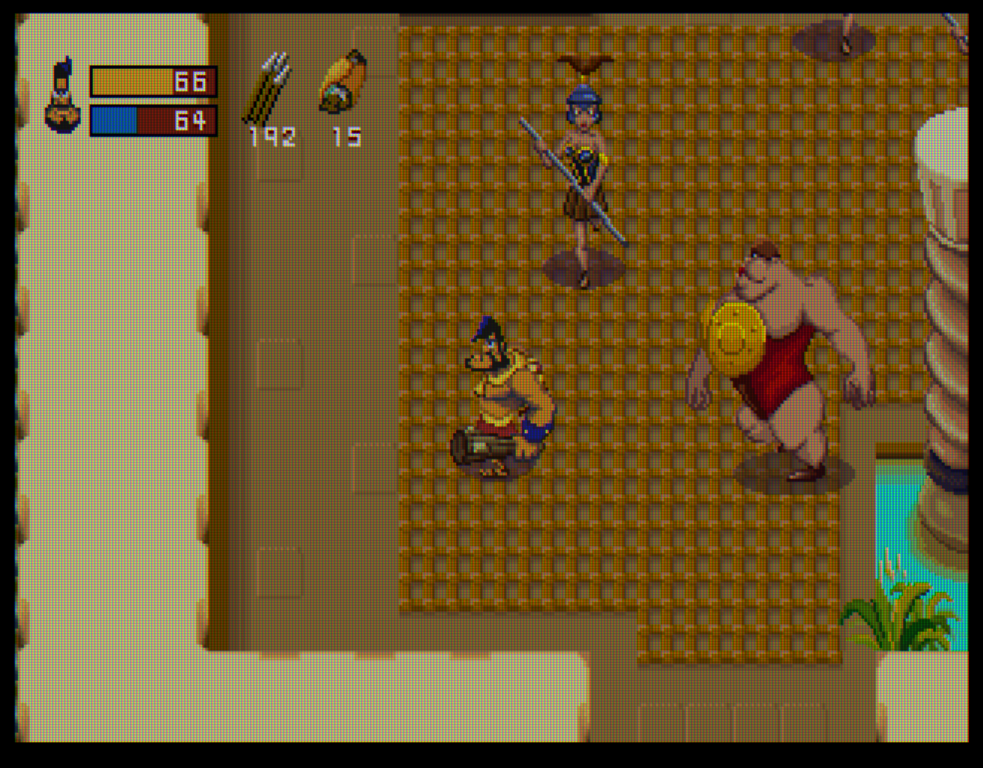 The safer option is to use one of the game's many consumable projectile items, which are liberally handed to the player. Throwing spear, trident, laser guns, and other such things are more reliable against bosses and groups of enemies.

Regardless, the combat is mostly repetitive and dull, especially since every little enemy is a damage sponge, simply prolonging this battle of attrition.

"Bet you work for that no-good husband of mine. You will have to do some work to get it. No slacking off like that Zeus"

One of the most striking things about Herc's Adventure is its cartoony graphics and visual style. That is carried by some excellent 2D graphics and animation. Generally, the design of all characters and creatures is distinctive and fittings. 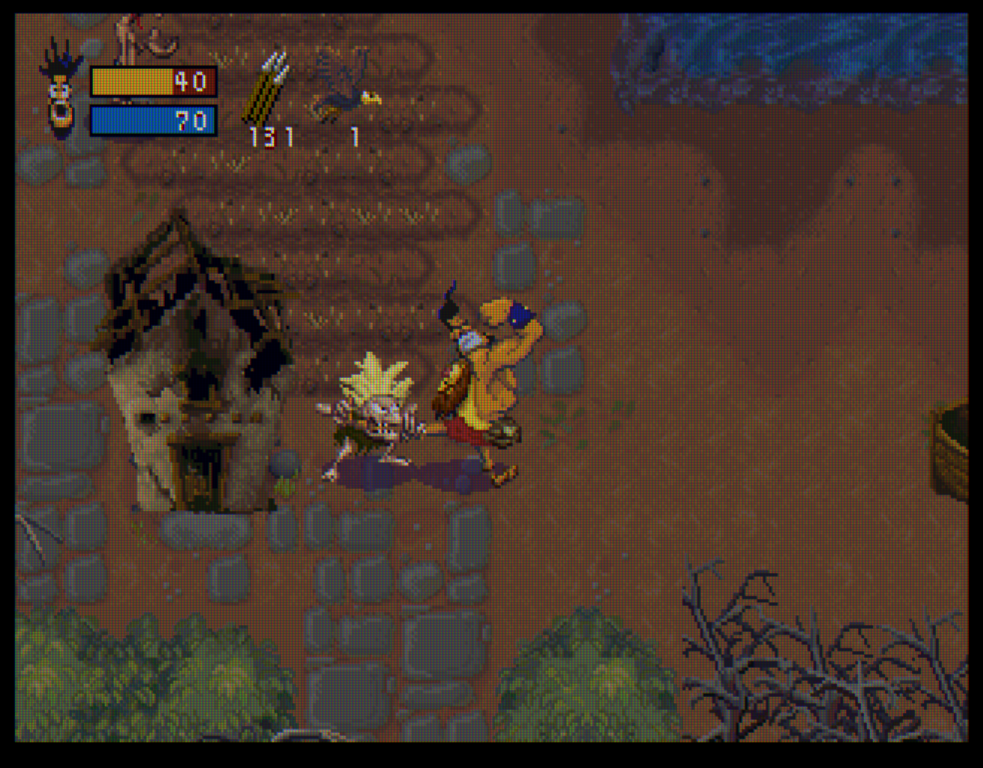 Some animations are really funny

It establishes a consistent art style that tells its own story, and you can see that with the booming voice of Zeus and the nasal voice acting of Hades, which fits their graphical design like a glove.

As for the sound design, it is mostly fine, but the soundtrack is not very memorable. It has some nice tracks, but nothing truly stands out.

Herc's Adventure is just one of those games that are not exactly great at the time, and are not at all memorable today. Apart from its lovely graphics, there is little else to attract the busy gamer.

Not exactly a Greece epic. 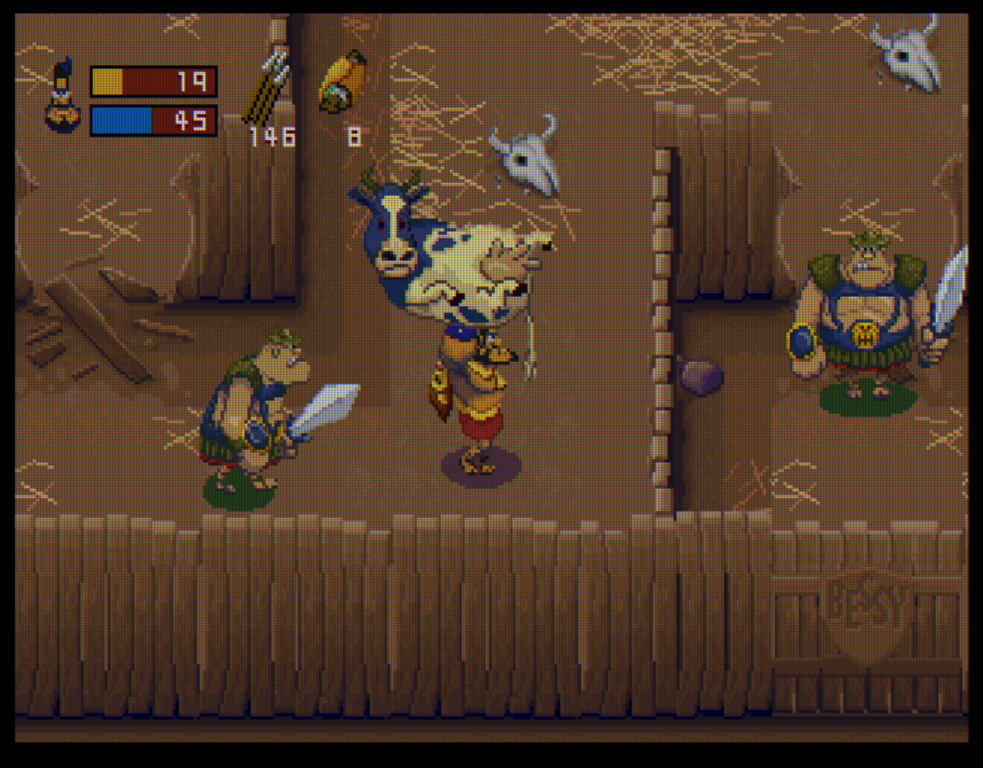 If you have any problem, just throw a cow at it

1-Revisit areas to stock-up on useful items.
2-Pick Atalanta as your character, her neutral attacks are the best.
3-Also, as Atalanta, you can get some bonus items. 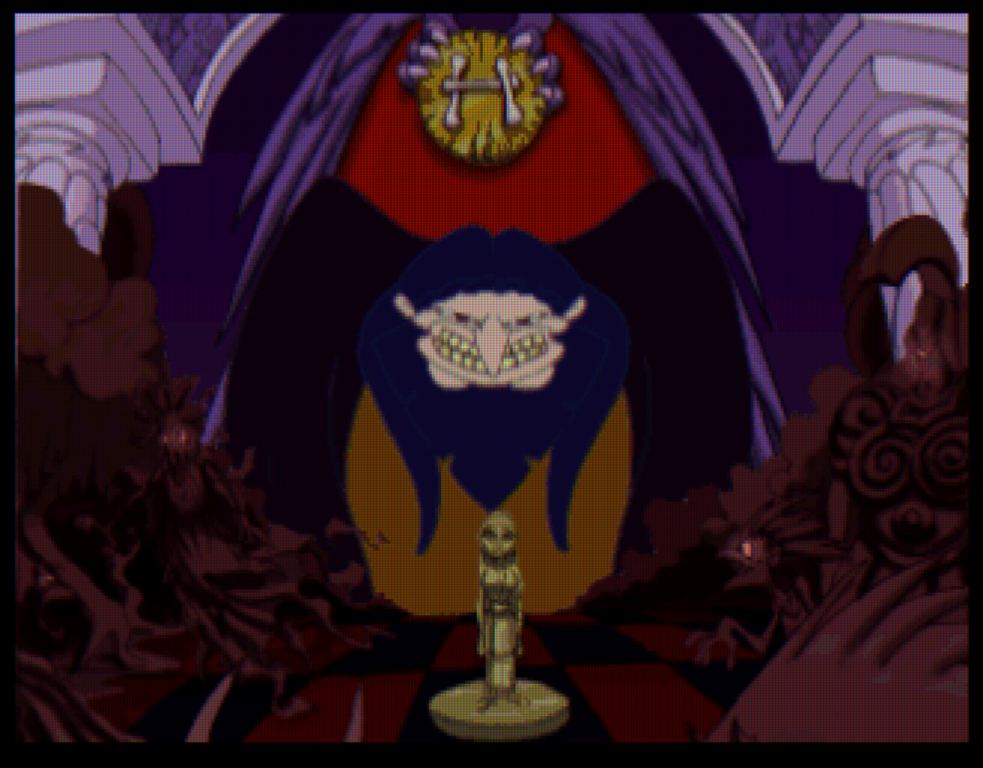 That's the look of pure Eeeeeviiiilll

Initially, I thought I would like Herc's Adventure more than I ended up doing. At some point, the game just became a slog to play.

Next game in the list, at #62, is a grid-based strategy game, Iron Storm. Which I am approaching with some caution. Usually, these types of games can be very complex, and at that time, it was often difficult to decipher the controls.