Happy Nude Deer, D-TOID! Hope everyone had a great New Year’s Celebration last year. My actual New Year’s was spent working and briefly playing Smash Bros. Ultimate with a friend of mine. I wasn’t too bummed about it because MAGFest is basically my New Year’s celebration anyways.

MAGFest is one of my favorite cons in the year. I get to see a bunch of friends I haven’t seen in a long time, a bunch of video game composers and bands play concerts there, and I can usually find some neat games and game-related swag in the dealer’s room. But most importantly, it’s the only time of the year where I can actually play on a Cyber Troopers: Virtual-On cabinet in an arcade setting. I haven’t done that since I was the tiniest of childrens. 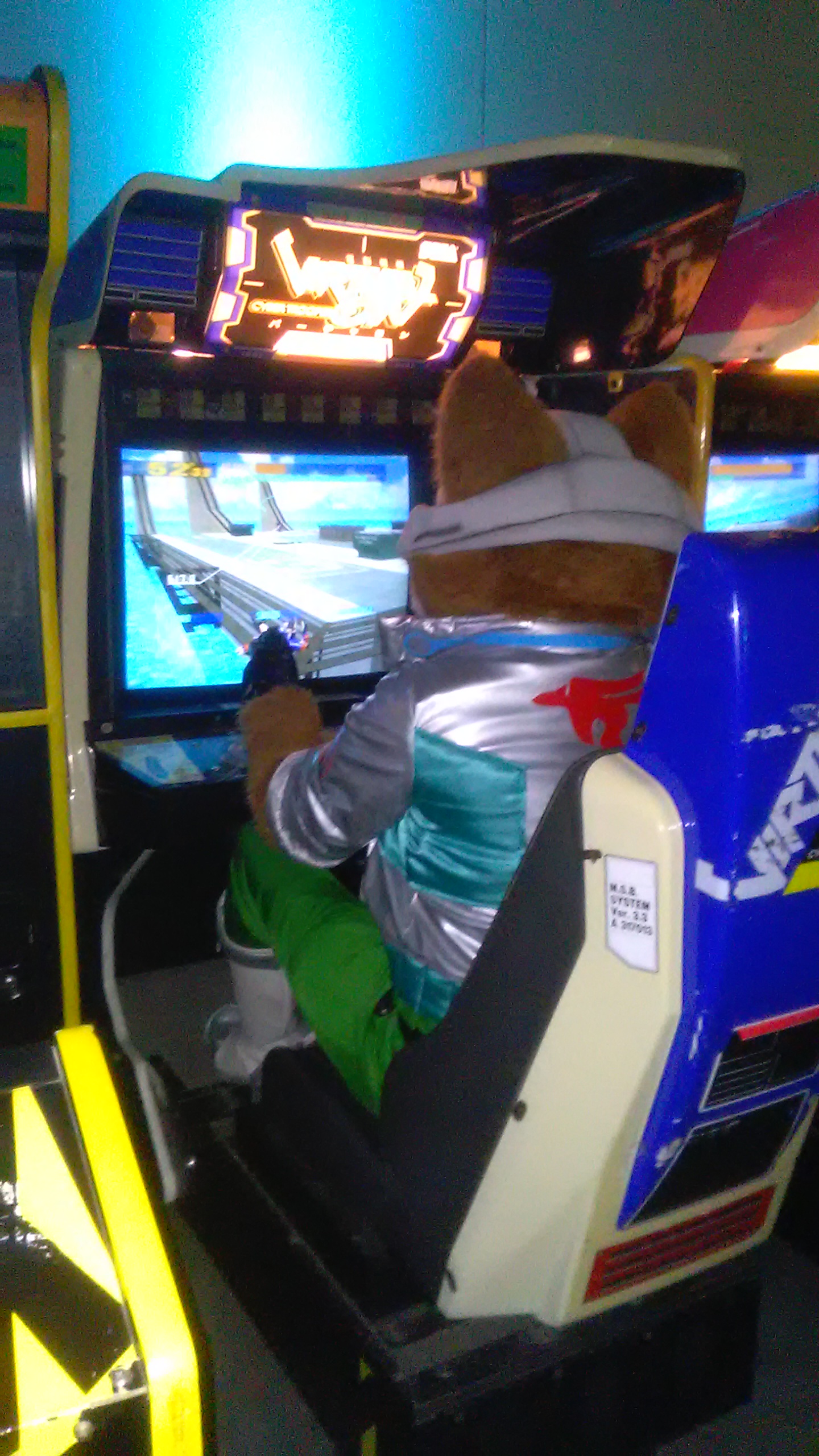 As much as I’d like to meet some of you guys there, I never actually see anyone during the convention. Part of that is usually because I don’t know what most of you look like in person (nor do you know what I look like out of costume), but mostly because I have this habit of writing nonsense words and references as my badge name for every con I go to. And even if you saw me in costume, I likely would not have recognized you because of the terrible vision I have in this thing.

Anyways, that’s enough yammering on about MAGFest. Here’s what you guys wrote during that week.

* - Santa had a real tough time deciding who was nice or naughty this year. According to LaTerry’s intel, one way he got everything sorted was from…Soul Calibur VI OCs.

S - With Kingdom Hearts III on the horizon, there’s a LOT of backstory to get caught up on. Lady Puppet took it on theirself to go through all the previous games in preparation.

C - Agent9 did a giveaway for a gift card worth 50 of the winner’s local currency. It ended on January 17th, so it’s a bit late to sign up for it.

D - Strider wanted to know how your favorite character changed in the newest Smash Bros. I liked how Roy can now change directions when charging his neutral special. #RoyisBestBoy

C - Sometimes, looking back at the games you played to completion that year is really satisfying. PatBateman shares a list of such accomplishments from 2018.

C - At the dawn of a new year, we all make promises to do try something new or to improve upon one’s self. Salador shares his resolutions of personal improvement for 2019.

C - Chris Hovernale also has new resolutions for the year on top of looking back and grading his old ones, Devil May Cry style.

E - With the new year comes a new Band of Bloggers theme! This time we’re looking back on the previous year, good or ill. Mostly ill, knowing last year.

T - Sapato64 gives his impressions on Kynseed, a farming game in early access behind some ex-Lionhead developers.

T - In addition, he provides us with a list of all the games he played during the month of December.

T - Shane Saiyan also shares his favorite games from the past year.

T - Boxman214 shares not only some of his favorite games, but a couple of bands that caught his ears in the past year.

T - It’s also the time for looking forward to what’s on the horizon. Kesith has ten games to look forward to this year.

T - Kesith also shared a list of resolutions he has planned for 2019. Like most of us, it involves his gigantic backlog.

R - Spazzzh20 gives us a review of Grandia II.

F - For last month’s Band of Bloggers, Boxman214 writes a short bio from the perspective of the Spidered Man. Is he truly a beloved hero or has he become kind of a jerk? You decide.

F - Boxman214 has a review for the last episode of Doctor Who for a good while, Resolution.

F - Boxman214 also started another series of weekly reviews for another one of his favorite shows, The Orville. This week’s episode is Ja’Loja.

F - He also does a review of another episode of The Orville, Primal Urges.

C - Unfortunately, Lady Puppet hasn’t said a lot that couldn’t be said in a quickpost or two.

C - His next one was a little better, but the formatting for both this and his previous one could’ve used a bit of work.

C - MainAlice talks about the anticipation around Death Stranding for a bit. Unfortunately, there’s not a lot of meat to this blog. We’d love to hear more of your thoughts next time!

L - A stained picture frame faces a bed. Inside the frame is an old, weathered picture of Anita Sarkeesian. Sitting on the bed are two blow-up dolls. Both of their heads have names scribbled on them with a marker. The one on the left, Zoe. The right, Brianna. Slapping noises can be heard in the background.

Also, Dwavenhobble dunks on 2018, or something.

S - This could’ve easily been a Q-Post.

That’s everything from that week! You guys wrote a LOT of C-Blogs this time! I didn't even get to use any funny GIFs this time. If anyone is interested in joining the C-Blog recap team, please let us know! We could use all the help we can get.

And remember, hope is an illusion meant to distract from world dying around us.