Many MMOs and online games have seasonal events, but some are more evolutionary than others. Sometimes you get an event that just pops up like clockwork and it's the same thing every year while a smaller set of games change things up every year, meaning an event could actually be a one-time deal.

Final Fantasy XIV is no stranger to any of this, but the seasonal events are just as focused on telling a story as the main scenario quests are and each year there's a new story to tell, sometimes building on the previous year and sometimes not. The Starlight Celebration 2017, for example, had me pelting treants with with holday gifts atop a festively dressed bear and in 2018 I conducted a chorus in the style of the Theatrhythm games, which is to say I did it poorly.

But there's an event that really got it's hooks in me in 2018 and its one more unique to the realm of Eorzea - "Little Ladies Day." In both Final Fantasy XI and XIV there are events somewhat inspired by Japan's Golden Week, though they curiously occur in March. In FFXI, this event is known as "The Feast of Swords" and it's a celebration of young boys as they don wooden armor and weapons resembling that of far eastern shogun. In FFXIV, they have an event to celebrate little girls known as "Little Ladies Day" - a day where any young girl can feel like a princess.

Wait! Come back! This isn't as Barbie as it sounds.

So, it's a day of little girls having people voluntarily treat them like royalty and there's this also this group of pop idols known the Songbirds that put on a show - yes, because this is a Japanese MMORPG and so there must be idols in it.

In 2017, you ran around the Eorzea assembling these girls to perform in Ul'dah and that was mostly it, everyone got their dancing emote as a reward and ladies got the Songbird costume. In 2018, you don't repeat that event, but you do have to choose your favorite idol by donning their color and then cheering them on as, well, maybe it's better I just show you the first three parts of this event.

Part one here is the setup. It's a pretty familat setup, too. Some intrepid reporter is out covering an event as they are wont to do and then you're sent on an errand to the local crafting guilds. The FFXIV team loves to involve crafting guilds in these events to pique curiosity. The guy at the Weaver's guild also moonlights a fashion event at the Golden Saucer every week, not that he'll fess up to it.

Anyway on the the show! As you can see, this isn't recorded on my main character, Faeona, but I was so floored by this quest I used a secondary character, Lyndis, to capture it before the event ended.

You basically grind this little concert out until you get all the rewards you want out of the event, one of which is this "Siren Song" the Songbirds perform.

Cute, right? But what's with that song? And what about that rather dour ending? Well, if you're regular reader of Destructoid of many years, an FFXIV 1.0 veteran or an avid importer of portable games you might have heard this "Siren Song" before, but we'll get to that later. As for the kinda sad ending, it seems one of our girls might be aging out of the pop idol group. We won't know if Narumi carries on until this coming March

But then there's a second quest called "Untended Dreams" and here's where things get weird, though it does keep in the spirit of the event. Again, you're probably better served watching the video, though I will say I liked the bit inspired by The Legend of Zelda: Breath of the Wild where you use a picture to find the location.

Also forgive my wanderlust. Ul'dah is a weird place to navigate even for FFXIV veterans.

So what started as an event to celebrate little girls and treat them like princesses ended as something of a sad ghost story. Why would the people behind FFXIV go with this as part of their "Little Ladies Day" event?

I think the answer is one part meta, one part self-indulgence and one part creepypasta. I mean, in your adventures through Eorzea, tales like this aren't unheard of. In fact, over the course of experiencing many roles, I encountered young men and women captured by brigands to be sold into slavery and I thwarted those attempts. I also saw those once enslaved rise to the occasion and bring their former oppressors to justice. Still, this is a story where you bring a wayward spirit peace and so it's not all bad

So let's go back to that song. It's the ending theme to a Square Enix Nintendo DS game known as Nanashi no Game or "The Nameless Game." A guest contributor known as Obscure Video Games once wrote about it here. It's a horror game that follows the tradition of movies like The Ring -- you know, that movie with the rumor that if you watch this old video tape weird shit happens. So people watch the video, weird shit happens and people die. It's also a similar starting point for all of the Persona games.

Nanashi no Game is the same idea as a horror-based visual novel that plays in a similar fashion to Cing's games (you hold the DS like a book as you play), except some kids get their hands on some homebrewed game that follows the style of Dragon Quest. Within you can hear other versions of the theme we've already heard. After the students play this game, the weird scary stuff rumored to happen after playing the game happens. People die.

So we have the source of the song and perhaps why "Untended Dreams" took the course it did. Oh, but it wouldn't be true to Nahashi no Game if wasn't a little more meta

The "Siren Song" has been performed before in FFXIV, by a group known as the Sirens. Thing is, you can't play that part of the game now. It's part of a crafting storyline that was part of the ill-fated 1.0 version of Final Fantasy XIV, a game that was so broken and critically slammed upon its release SE rebuilt the game from the ground up, resulting in the 2013 relaunch, Final Fantasy XIV: A Realm Reborn.  In other words, the song was last heard in a dead game. There is no way to go back and play FFXIV 1.0. It no longer exists.

Yeah, even that clip (relevant scene starts at 11:48) was a touch weird -- and that was for a blacksmithing and armorer quest.

But that's not all, the main composer of Nanashi no Game and FFXIV are one and the same - Masayoshi Soken. 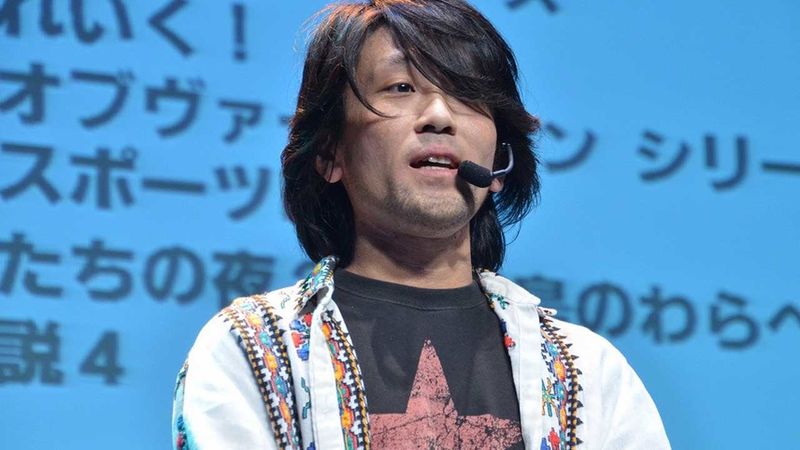 So the whole underlying motive to this quest seems to be "Hey, remember that creepy game I composed music for that one time?" because I can't imagine another reason for spooping up an event where girls playact princesses. Whatever the reason might be, Soken's range is amazing and if you're unfamiliar with his work, just look up some of his FFXIV stuff online. Maybe he just wanted someone to remember that game and the team decided to pay tribute to it through this quest.

All these curious and thoughtful choices made this an event that really stuck with me. It was all about the forgotten, the lost and obscure, as well as a reminder a show of kindness toward a stranger can mean a lot.

But as so many appearances before it, this quest associated with this song is now a ghost. I can't even rewatch it in-game. I guess that's why they call it an event - it's one of those things were you just had to be there. 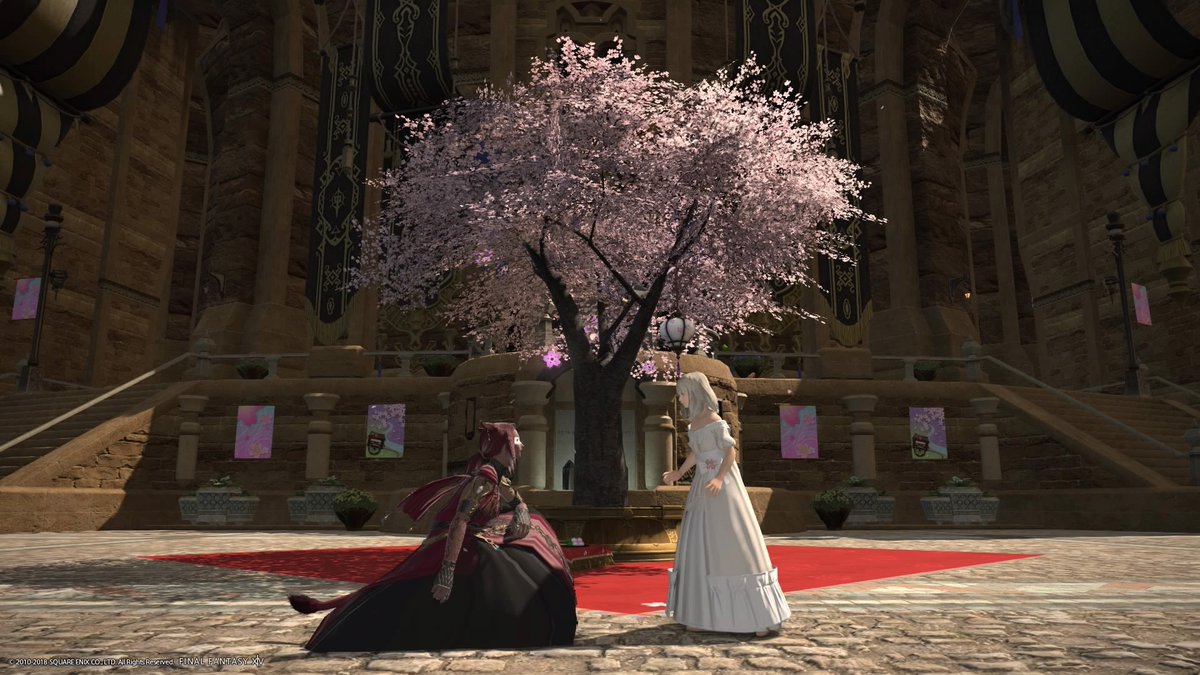