Kynseed, an ambitious title from the developers behind Fable.

I first bought Kynseed months ago and put in about 19 minutes of gameplay. I didn't give it a fair shot but the concept intrigued me. Flash forward to now, I read about it some more and decided to give it another go.

Let me start off by saying Kynseed is an Early Access title currently from Lionhead Studios, the studio responsible for the classic action RPG, Fable. In 2016 a Kickstarter was formed for Kynseed, and If previous work is anything to go by, expect great things. These developers are aiming high.

If you've played Stardew Valley then you should know what to expect, which isn't a bad thing. You can plant seeds, feed your farm animals, build relationships with others, even go mining and fishing.

I've farmed and sold my fruits and vegetables by setting up shop at the local festival. At your shop, you set how many hours you will be open for, and set the price of the item. Only one item is allowed to be sold. Randomly, a box appears on your screen with a circle, let's call it a pie, with a sliver of a slice that is green. There is a pointer that goes around the pie and you have to stop it when it hits the green area. Doing this nets you an extra dollar, not much but it's fun doing it, even when there's ten in a row. No complaints here. 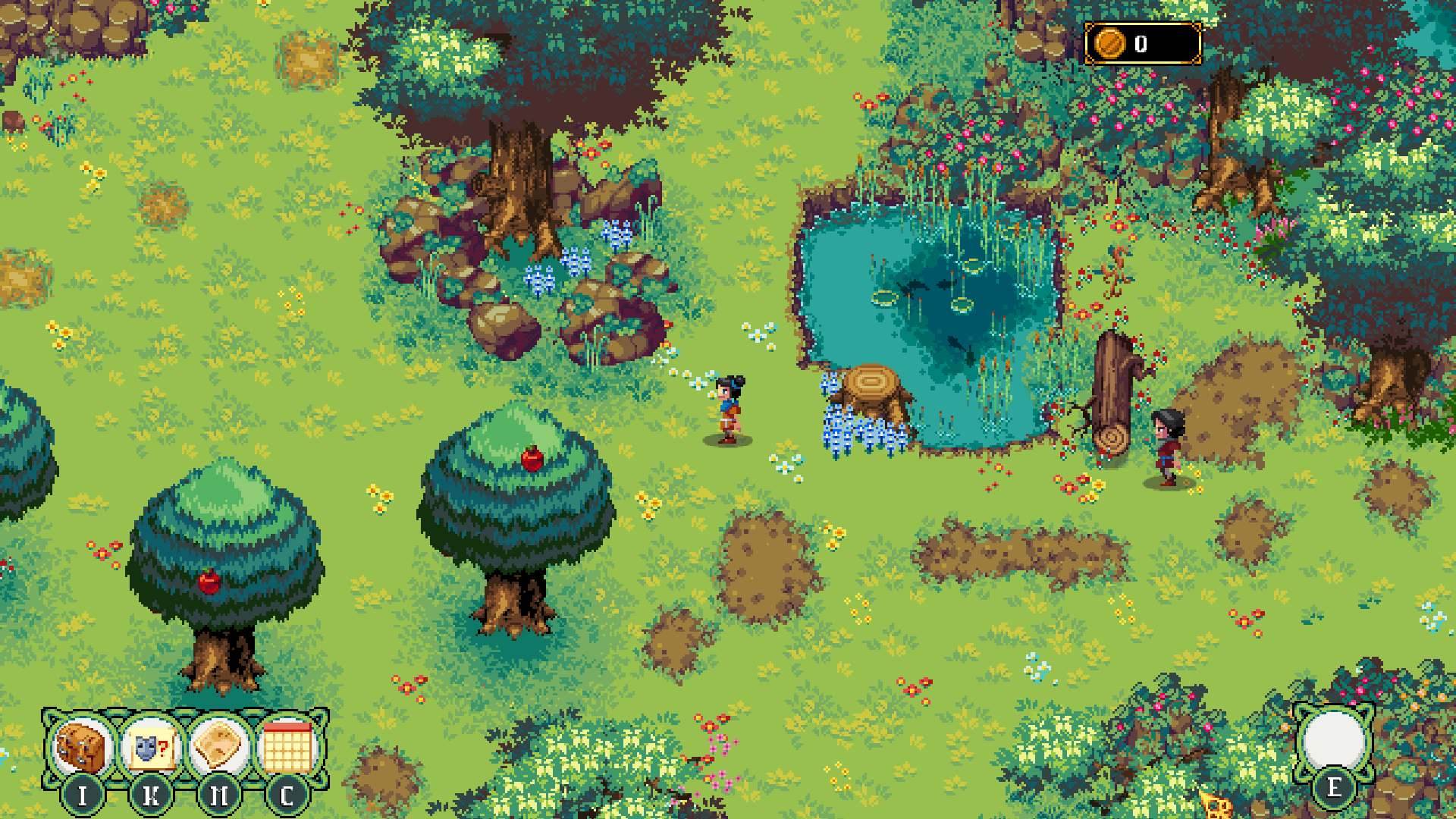 I also went mining to get minerals in order to make a sickle to sell it to the blacksmith. Making it consists of 3-4 different minigames, the better you do, the higher the quality, the higher the quality, the more money you make. Minigames consist of holding the right mouse button with a pointer and a line. The line has a marking and you have to release the mouse button right as it hits the mark. All minigames are a variation of this.

I have an issue with blacksmithing and selling at the festival. At the festival you can sell to, give or take, three customers, making about twenty-one dollars in about a minute. At the blacksmith it takes about thirty seconds to make a single sickle and it can be worth up to seven dollars, it has to be a perfect quality piece though. I think the dollars should be tweaked. On the other hand, there are undiscovered molds to discover so I'm not sure on the money difference between molds. 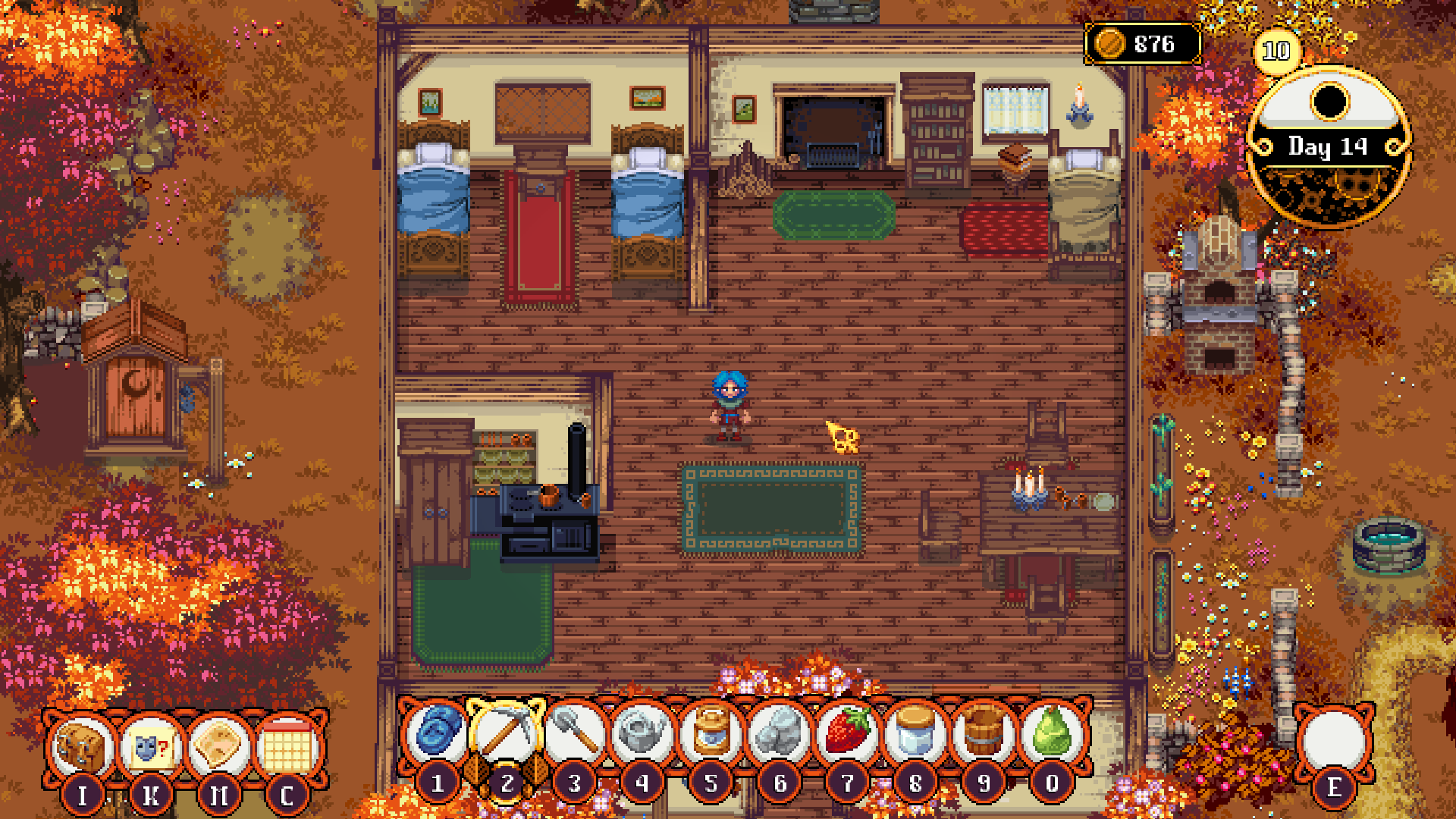 At the start of the game, you are given quests. Some are repeated daily (in-game days) and others that are just completed once and are gone for good. Quests can be as simple as feeding the farm pig, giving your sister wheat, to locating a specific item for someone. I can see a random quest generator extending Kynseed's game time.

Scattered across the world are teleportation stones, different books to read (written by different people), and stones that reveal the local area map. There are also all four seasons implemented, drastically changing the look of the land. NPCs also have different dialogue trees and can be given gifts to change their mood towards you. I'm not sure what the benefit of this is at the moment, but I'm sure marriage will be one of them.

There are currently major updates in the works to set it apart and some are already implemented. For example. they plan to let the players die at the age of 60 and let you play with a new character with an inherited skill. There is more.

Direct from one of the developers:

"we don't have the other jobs in yet, nor marriage, kids, nurture, 5/6ths of the world, the events, customs, loads of monsters, temples, minigames, sandbox reactions, all the traits, food system, reputation, secrets, fae realms and so on."

In the end, I am very impressed by Kynseed. At the 6 hour mark, it seems like I have seen most of what remains to be seen at this point, but I can be wrong. Noone will give me quests and besides farming and selling, there is a lack of purpose. This is an Early Access title so it's understandable and to be expected.

The good:
I played for about 6 hours, games rarely hold my attention for this long.
The graphics are impressive, very high detailed pixel art.
The farming, selling loop is addictive.
Bright future.

The Bad:
Mining isn't as fleshed out as other systems.
Most of the features the game touts aren't implemented yet.
Those damn rotten apples when you swear you only let six hours go by.