It's been a busy year in the world of gaming. Night in the Woods made people sad, Shadow of the Colossus came out again, Metal Gear Survive was a thing, Valkyria Chronicles 2: For Realsies This Time came out, Ys 8 shat itself on PC, Bethesda finally managed to convince people that they're awful hacks and DEVIL MAY CRY 5 WAS ANNOUNCED, JUST LIKE THE LEAKS FORETOLD! 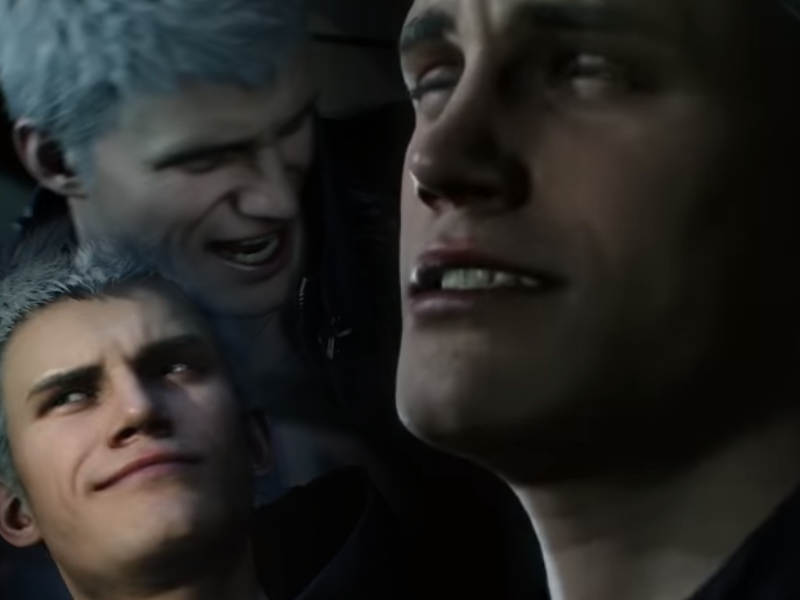 That's cool and all, but I think I've moved a bit away from the popular discourse this year. Or maybe just realised how far away I've been for a while now. I knew already that I wasn't like the average Dtoider, as the soulless husk known as my heart is completely immune to the charms of Nintendo. I have been entertaining the thought of getting a 3DS for some SMT games though. Can't have too many of those around.

But this year, I bought a pile of 2017's best games and spent some time burning through the meatiest ones, namely Yakuza 0, Horizon Zero Dawn and Persona 5. Those three together were an adventure and a half to beat, but my determination reigns supreme. Right now, I'm actually on a bit Tales-of binge. We'll see how long that lasts. You can check out this page to see what games I beaten recently. You can also see how much my backlog has grown...

But even with that trio defeated, I still have Nier: Automata left and an evergrowing physical backlog of other games to wrestle with. And that's kinda why I haven't played any of this year's games, save for 2. There's just so much to play, especially when I have an excuse to play old games for the sake of reviewing them later. No wonder the industry wants you to forget the past, they have to compete with it!

Not to mention that new games are pricey and very few are impossible to find a year after release. Exemptions do apply, of course. Looking at you, Ys 8. Same for the Trails of Cold Steel games I got last year. I get the feeling that poor Falcom are only afforded a few thousand or ten thousand printed copies per title. A shame, really. Falcom games are just the bestest.

And those 2 games aren't exactly GOTY material. The first was the PC port of Ys: Memories of Celceta, which was good, but also an old Vita game that doesn't exactly scream game of the year.

The other was Unravel 2, released and promptly buried during E3. Also a good game, but I am hellbent on playing it in co-op properly, so I'm not even close to beating it. In fact, I only managed to play one level!

I was essentially betting on Spyro: The Reignited Trilogy to swoop down like a Spyro-themed drone delivering games to Snoop Dog and become my game of the year. But then I tried a demo and was appalled by the screen-wide motion blur. I don't consider myself a graphics snob (King's Field represent!), but damn, if that didn't get on my nerves. Which is a shame, because the rest of it looks amazeballs.

Afterwards, it was uncovered just how rushed the damn thing was. Not complete on disc, with glitches abound. Not to mention some of the more questionable reinterpretations done to some characters.

At this point, I'm leaning towards the probable PC version and hoping that it'll be patched and contain an option to disable the motion blur. I'm usually pretty happy with remasters, but they need to provide me with something special to be worthwhile.

Usually I want some extras, like the Kingdom Hearts collections, or just some straight upgrades to performance and graphics, like the God of War collection. But the most important thing is for the original game to have its best points preserved, or be made obsolete with a full remake.

The Jak and Ratchet collections are mostly travesties with botched graphics and poor UI scaling, while the Shadow of the Colossus remake looks like the bee's knees. There's a bit of a multidimensional sliding scale to untagle here. Something best saved for another blog I reckon. Would give me a chance to talk shit about Dark Souls: Remastered as well.

While it's somewhat lame to not keep up with the normal discourse, it's also quite liberating. They're my gaming hours, and if I want to play a bunch of old JRPGs instead of Dad of War, them I'm damn well gonna! Also keeps the ol' wallet in a good mood.

Next year though, I'm gonna have the opposite problem. There are three games I'm ready to put down day-one money on and picking between them is probably gonna be a bit of a struggle.

Kingdom Hearts 3 isn't far off, and unlike many sorry souls out there, I'm up to date on the story! Except for maybe some details from the mobile game, but I'll cross that bridge when I come to it. It's just so great to finally have it within reach after all these years. I have many feelings of varying positivety about the series, but I just can't help being giddy about a game in the series having a full budget again.

Then there's DMC5. Hoo boy, what ”correct-looking” game. By that I mean that they're doing everything possible to rebuild the bridge they burned down last time. I'm not so keen on Dante's and V's music, but otherwise it looks like everything I wanted after DMC4. And the fact that Itsuno put in a cowboy hat to seemingly make fun of the reboot is a sweet fortune.

Lastly, From Software is back with an action game of sorts and it looks rad. It seems to be in the ballpark of Bloodborne, but without as many ties to the games that came before it. I'm thinking this will give them the freedom to explore some new ways of handling combat. Not to mention that they won't have to concern themselves with patching PVP exploits for once. It'll make for less meme videos, but hopefully it'll mean we get a better game from the start.

I think that's about all I had to say about GOTY stuff for now. Have a gander at my blog about it from last year if you want and don't forget to write about it yourself!