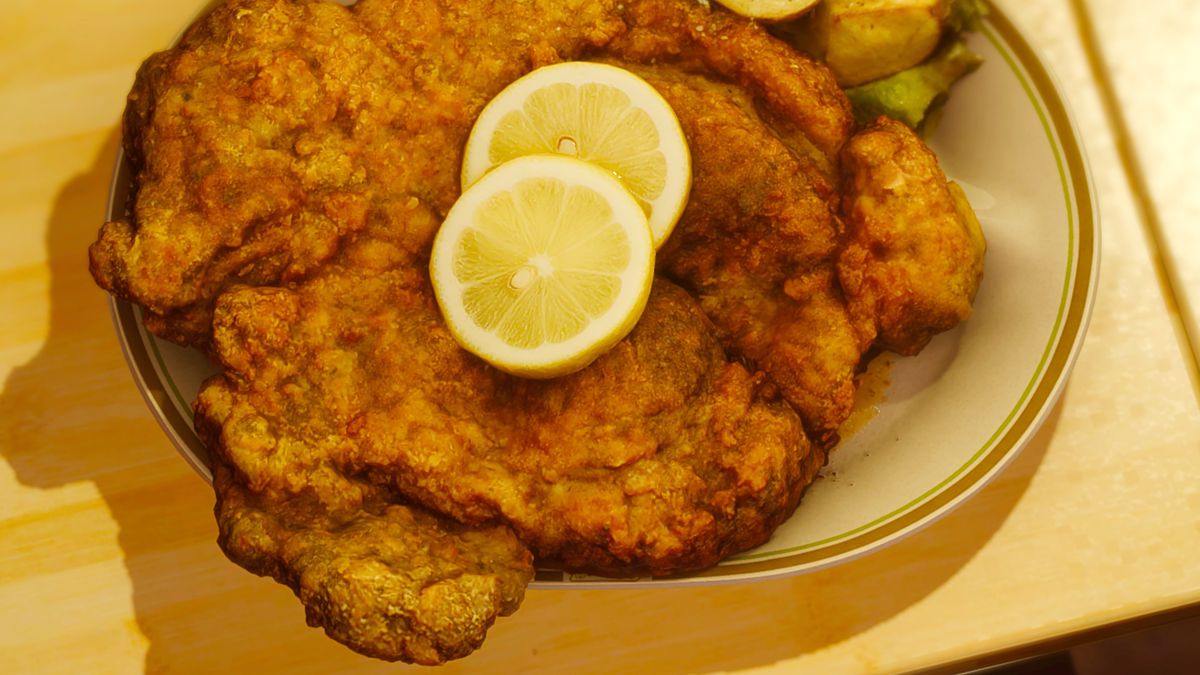 There is a lot that can be said about Final Fantasy 15. It had a long troubled development that continued long after the game came out. The developer recently resigned from Square Enix, leaving the game's final DLC's unfinished. It has more versions than a typical Pokemon generation. None of that matter, because right now I'm hungry, and it's Final Fantasy 15's fault.

Final Fantasy 15 has a boy band team of characters and one of them is like a royal Butler named Ignis. Ignis really likes to cook. As you are going out and about in FF15, collecting materials or finishing quests, Ignis will occationally chime a now memetic phrase:

Ignis comes up with a lot of recipes throughout FF15. A lot. The reason the phrase became a meme is because the guy says it so much and so often.

Then, whenever you set up camp, you will find a menu where you can ask Ignis to make you one of his recipes. When he does, Final Fantasy presents you with the highest quality render of food I've ever seen. 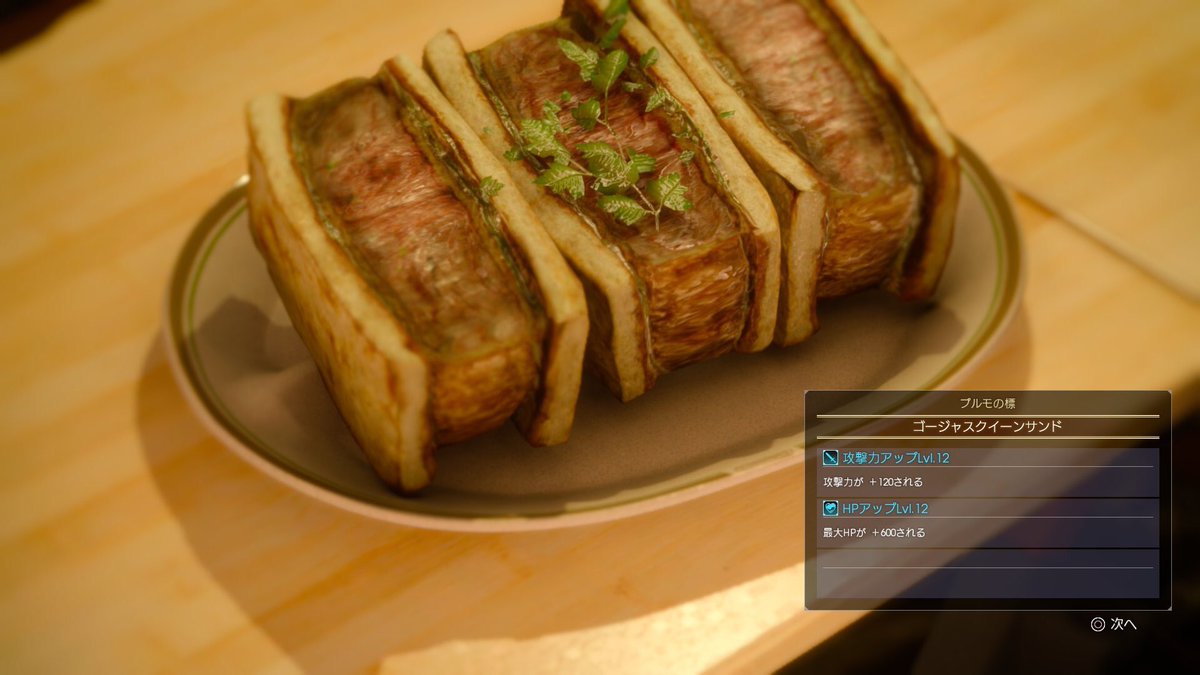 I don't know what that is, but it looks delectable. I'm half convinced that the reason the game took so long and cost so much to develop is because the 15 team went to a bunch of fancy restaurants, ordered a bunch of expensive foods, and just took detailed notes and pictures. Ignis doesn't always make high quaility 5 star restaurant food though, if you don't have the ingredients, Ignis will make you toast. 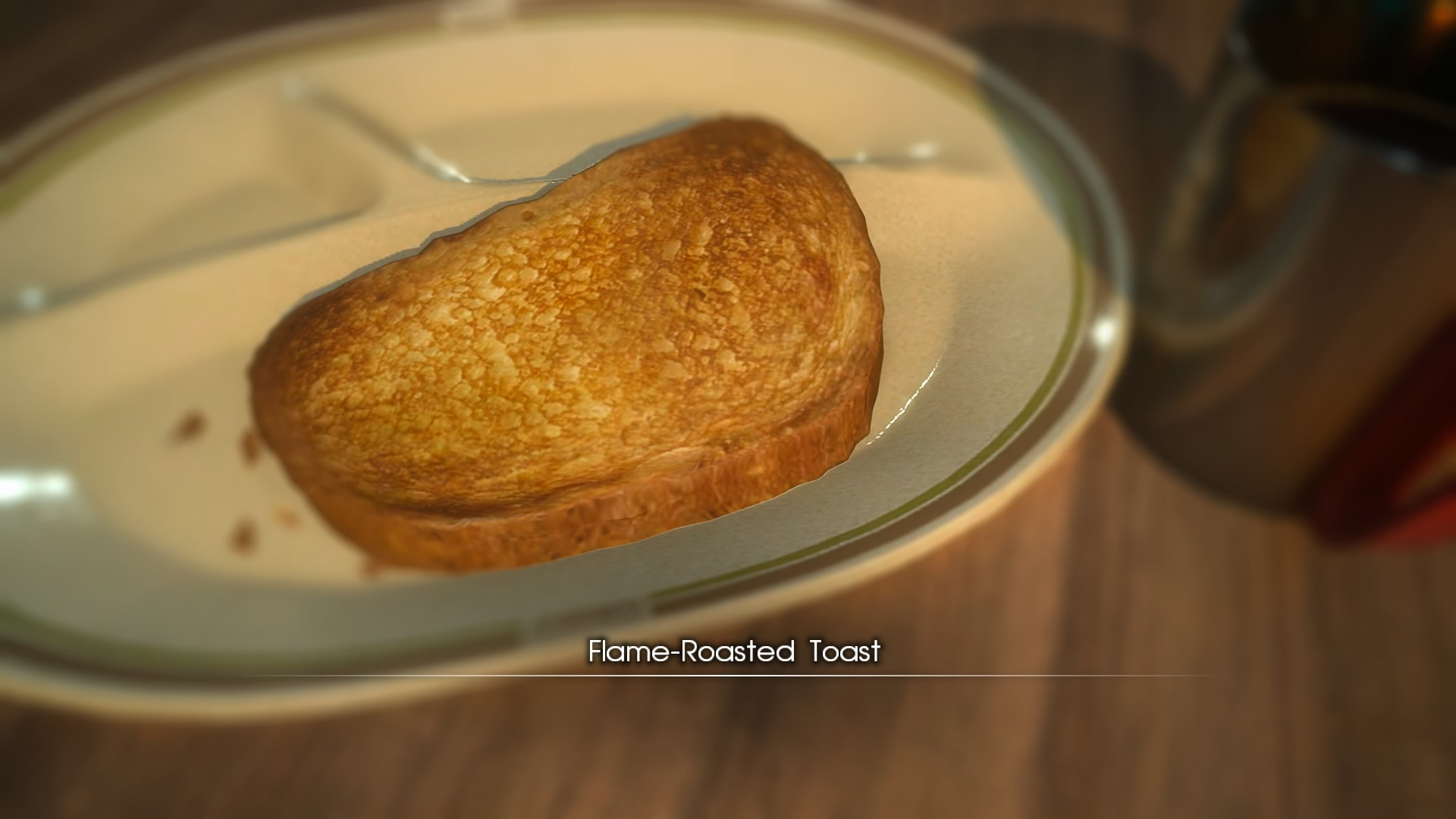 That looks better than real life toast what is this?

I haven't finished FF15 yet. There could be a lot of reasons for that. I might have been waiting for them to actually finish the game, it could be that the story was a little disappointing after all the buildup pre-launch, but what is actually the case is that whenever I would play for any amount of time, I would get hungry and have to turn the game off to go eat. They even have high quality cup noodles! 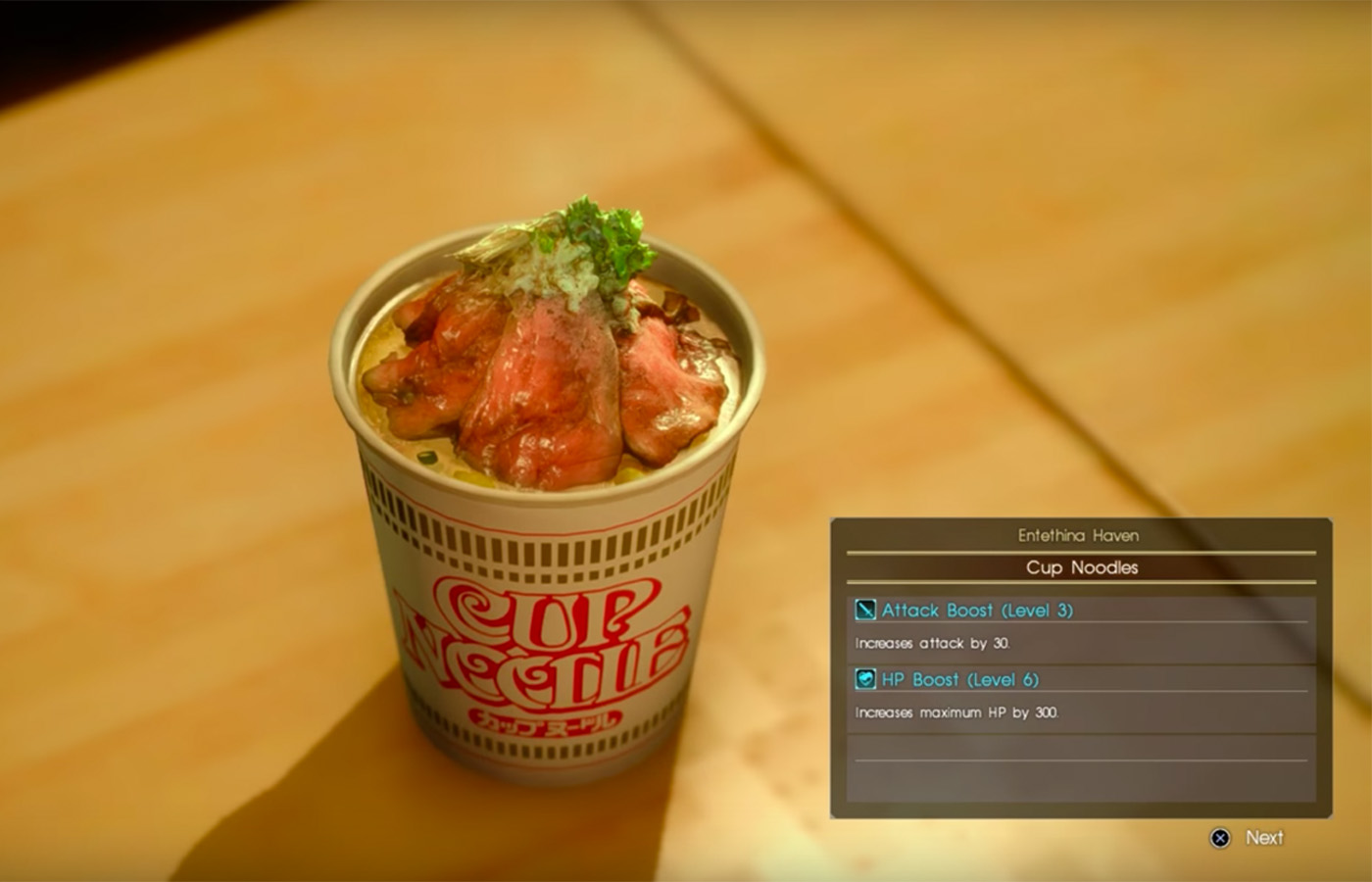 I'm going to go eat something, writing this made me hungry.