Diablo III & The Reaper of Souls

4:00 PM on 11.30.2018 (server time)    0
I have been terribly remiss in getting reviews done as they happen so I’m going to try to get two in today. Try being the operative word.
Diablo III & Diablo III Reaper of Souls for the PC is my reluctant surprise game. When Diablo III came out in May of 2012 my overall reaction was, “So what?” It was overpriced and had way too much emphasis on internet connectivity and an auction house that screamed, “Pay to Win.” Additionally, the gameplay looked dated and buggy; far too similar to Diablo II. Boy, when I’m wrong I am fuckin’ wrong.
Diablo III returns us to the world of Sanctuary where there is an ever present and ever raging war between the forces of the High Heavens and the forces of the Burning Hells with humanity caught smack dab in the middle. However in Diablo III we learn that the angels are as much to blame as the demons and are kinda assholes in their own right. Starting back in Tristram and ending in other realms (I try to avoid spoilers even in six year old games) Diablo III takes on much of the same story as the previous iterations but with a few twists that are worthy of a “What the fuck?” response. The story behind the game isn’t earth shattering literature but it has old friends (and enemies), nostalgia, new surprises, and is fun. I’m sure there are a lot of people who feel that starting back in Tristram cathedral and going to the desert would be too much of a re-do of Diablo and Diablo II but those people didn’t pay attention in English class during the cyclical storytelling unit and should go read Joseph Campbell.
The Reaper of Souls expansion is shorter than the main Diablo III but it is no less fun to play through. I actually find the concept of an angel going bad and going bad in a big damn way to be more interesting than chasing down the Lord of Terror yet-freakin’-again. It did have a “Prophecy” vibe to it; lacking the hammy acting of Christopher Walken, of course. The ending of Reaper of Souls was a little less satisfying than the ending of Diablo III’s main campaign leaving the player with a “Really? Again?” feeling. Though without that there wouldn’t be the potential for a Diablo IV. 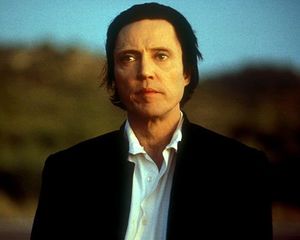 Someone's doing Gabriel's job in Reaper of Souls!
The sound is just too damn loud. Even after adjusting the volume to low levels I find that there is either a setting akin to a jet engine in my ear or dead silence. There is no in-between. I enjoyed the voice acting which wasn’t too over the top and was quite glad to hear the proper voice for Deckard Cain though the music and sound effects often drowned out any of the banter conversations that would go on between the hero and their flunkies in the field and trying to listen to the logs was pointless unless you stood absolutely still. While very loud, the music was enjoyable and the audio-callbacks to previous games in the appropriate areas was damn nifty.
I’m torn in regards to the graphics. Despite my initial impression they were a pretty big leap from Diablo II I just don’t think they were enough of a leap. Conversely it was a great step forward in that we could move in directions other than ninety degree angles to the environment. And as much as I bitch that it is too similar to Diablo II I don’t think they could have made many changes and had it still a Diablo game. It would be too easy to devolve into a WoW clone.
The gameplay was very refreshing. The skill system, was not. Very limited skill customization as you were on a path. Now the path had a LOT of choices and character customization was prevalent but I still prefer the skill system of the first two games. The skill usage was very fluid and easy to use. The awesome game play mechanic that one and two lack? Character gender customization! Yes, you can be a male or female in each class rather than being joined to a gender depending on your class. That reminds me way too much of the old Basic D&D set where being an Elf was your job and not just your race.
A not so awesome mechanic? There was no fear of death. Ever. In the entire game I died twice and both those times it was because someone distracted me talking to me in real life. I played as a demon hunter, a class so unbalanced I was embarrassed at times to be playing it; a class so overpowered I would ban it from table top games if it was there. My recovery was jacked from my equipment it didn’t matter I kept a lower armored shirt for half the game. NOTHING could hurt me. I even went toe to fucking toe with Diablo and never saw my health dip once. After I was done I jacked up the difficulty to see if maybe I really was on wuss mode and I had the same damn results because two kills in I got the same equipment with even HIGHER recovery stats. Oops.
It does lose the replayability the original two had as far as the maps are concerned. The maps change very, very little when they change at all. What does change is the mobs.
Last detail is the inventory management. On the PC it is fantastic. Best system yet. On the Xbox? Good Lord it was a pain in the ass.
Summing Up:
Story: 3.5/5: Nothing astronomically good about it but a great deal of fun, nonetheless.
Sound: 3/5 : I’m going to be nice and give it a five because what I could hear and what didn’t damage my already fading hearing was pretty good. Just..give us the ability to listen to the audio without needing a miracle ear to start with or a miracle ear after we’re done and I think I may have given this a 5/5.
Graphics: 3/5: Again, I’m torn. Different but not different enough but the same enough to give us that Diablo feel. I guess you could say I don’t feel anything too strong about them but I really like the movement and smoothness of the gameplay.
Control/Mechanics: I’m giving two ratings here. I played it on PC and Xbox and on the PC I’d give the control 3/5 for the ease of play overall. Still in a quandary about what to say to how easy the game is. I mean beating Diablo in the first two games was an achievement. In this one it was pretty routine. I almost want to break this category up because the control of the game is fluid, intuitive, and easy but the mechanics make my head hurt.
On the Xbox? 1/5. Same reasons overall but the lack of a PCs functionality and abysmal inventory management makes the console version more of a nightmare than nightmare mode.
Playability: 4/5 for PC and 3/5 for XBox: Despite the game’s flaws what they did right they did REALLY right. It is a lot of fun. A game that does have enough of a replayability and enough content post story to keep you coming back. Go pick it up and friend me on Battlenet and let’s hunt some demon.
The most shocking part? The game came out six years ago. That's an eternity in video game world. Centuries in some cases. It is still hot. It is still popular and being ported again and again. It just received a mini expansion last year. This is UNHEARD of with modern games. It's also still too damn much money especially now as it ages but keep your eye open like I did and I got it for $20.00
Login to vote this up!