It’s arse-backwards that older, wiser Brazen Head has less restraint than his teenage self. Back in his days as a squeaky-voiced, anti-social sprog, he was lucky to afford one game a month - let alone all consoles, every game he wanted, and a copy for every major format.

But here I am now, sporting 4 different versions of Resident Evil 4. Buying Dead Cells on Switch, because I can’t take my Xbox on the train. Buying 3 versions of the 2014 Strider remake, in the vain hope it’ll cover the sales needed for a sequel. Older me is a frickin’ idiot. But so long as I can keep the roof over my head and still have plenty of disposable income, then yes, I will treat myself to the staggering number of games that teenage me couldn’t buy.

What teenage me could buy, once upon a time, was the exceptionally good value of a Toys ‘R Us Dreamcast bundle; one Dreamcast, 6 games, £99.99. It didn’t matter that it would be obsolete in 6 months – the games would only get cheaper, and I’d finally have that console I’d be staring at with misty eyes for the past 18 months. Little did I know, the true value of that deal would be the time spent playing just one of those 6 pack-in games.

Since then, I’ve bought Fur Fighters more times than any other game I can think of. 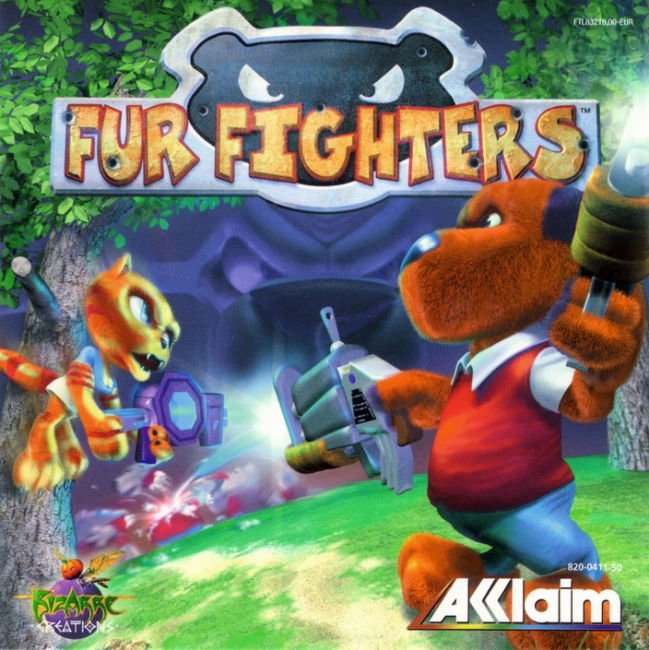 Fur Fighters defines my teenage years so sweetly and succinctly that I am dedicated to its preservation. I’ve bought 3 copies of the Dreamcast version, owing to the wear and tear each copy has been through. I’ve bought the PC CD-ROM version twice – the first time being teenage me’s hopeful attempt to get it running on his aging 90’s laptop. I have the PS2 remake, sullied by cel-shading and charmless voice acting, but it’s still Fur Fighters, dammit. I even bought the kind-of-gross iPhone version, which has stayed installed after 3 generations of iOS incompatibility. I don’t ever want to be in a world without Fur Fighters.

I want to explain why this unassuming title – one of Bizarre Creations’ most unsung – is so special to me.

It’s a Beautiful Allegory for Puberty
Hear me out.
Aside from the protagonists no doubt noticing hair where there once was none at some point in their lives, Fur Fighters is an enduring memory of my formulative years, and a metaphor for my blossoming maturity. At the time Fur Fighters was released, I was roughly 14, and like many my age had witnessed the Great Video Game Boom. From the NES to the Dreamcast, I was lucky enough to see the incredible growth of the industry through its most exciting era.
Towards the latter end of this journey, the processing grunt of modern consoles meant that they were soon catching up to their PC counterparts, themselves enjoying the golden age of first-person shooters; and with games such as Quake, Unreal Tournament and (almost) Half Life making their way to the Dreamcast, teens were ready for their new genre obsession.
Fur Fighters was that bridge between generations for me, providing a transition from the mascot platformers of my youth and the gritty shooters of my pubescent years. It’s a game about collecting gold nuggets and snatching up baby animals (the game’s equivalent of Super Mario 64’s stars), but it plays out in the circle strafing, head-shotting chaos of those PC shooters. As well as providing humorous juxtaposition – enemies would die in a shower of cotton wool rather than blood -  it provided an excellent gateway to a genre that was set to become an industry standard, and it sums up my teenage years perfectly. I still open up my Dreamcast copy every now and then, in the hopes it will eventually smell like Lynx Africa the same way my first copy did. 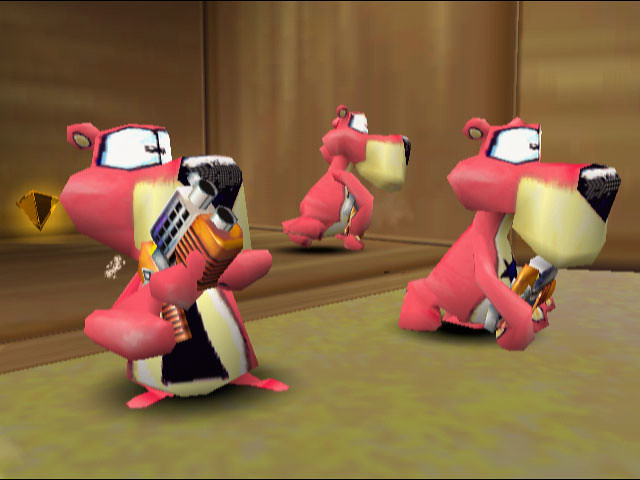 Its Developers Care About its Legacy
Or they did for a very long time, at least. At the time of some major changes at Bizarre Studios, and with the Fur Fighters franchise approaching solvency, lead designer Jeff Lewis bought the rights to Fur Fighters from his boss, all for the princely sum of a quid. It was this purchase that allowed him to develop the iOS version; an inferior way to play the game, as you might imagine, but a near-perfect translation of the Dreamcast original, with only minor difficulty adjustments to accommodate for touch controls. Jeff’s passionate about the franchise, hoping that one day it will make an all-new return - but the game’s charms have always been niche, and its cult status is more to do with how much the fans love it, rather than the number that do.
That Fur Fighters barely made a splash and is so rarely remembered as one of the Dreamcast’s best games is nothing short of criminal. Were it not spared a silent death by the likes of Jeff and lead programmer, Mark Craig, it may very well have fallen into obscurity forever. I’m not prepared to let that happen.

It’s Really, Really Good
Did I mention that the game’s bloody good fun?
Chronicling the exploits of the six Fur Fighters (Rufus the Hound, Juliette the Cat, Chang the Firefox, Tweek the Dragon, Rico the Penguin and – brilliantly – a kangaroo named Bungalow), the game’s intro sees the Fur Fighter’s babies kidnapped by long-time arch nemesis, General Viggo. As is typical for the game’s humour, Viggo is a Bond-esque villain in a sharp suit, who is often seen petting a tiny, squeaking bald man who sits in his lap.
Of course, the setup little more than an excuse for 6 huge hub worlds of puzzle solving, shooting, jumping and collecting things - but like pornography, story isn’t exactly what you’re in this for.
You’ll scour the levels for babies, each of which sits at the end of an especially tough gauntlet of enemies or a cute environmental puzzle; the catch is that the little blighters can only be saved by their respective parents (adorably, the manual explains that this is because they are ‘good little babies’), and you’ll need to switch between them all if you’re to rescue them. For example, if a baby penguin sits at the bottom of an aquarium, you know you’ll need Rico’s swimming ability to get to him. Later, the puzzles get a little more fiendish, with you swapping multiple characters to get to a single baby, but you can ignore many of them if all you want to do is get to the end of the game. You monster.
And that’s the crux of it all, in-between all the requisite enemy-blasting. Weapons here are varied and all fun to use, with the auto-shotgun being a fan-favourite; land a headshot on a polar bear’s head, and he’ll clutch at his neck as it billows forth a plume of tiny fluff balls. His decapitated head flops onto the floor, ready for you to kick along the level for no other reason than grotesque japes. It’s the little things, and Fur Fighters is full of them: the gorgeous music; the gibberish language of the NPCs; the futuristic utopia inhabited by gentleman dinosaurs; the cursed isle of Anatat Tatanatat; the adorable squeaks of the baby dragons. Rarely do games have such a confident, colourful and unique voice as Fur Fighters, and I’m in love with it all.

Like many games of its era, Fur Fighters has aged; those who weren’t there for its launch might baulk at some of its limitations. But as far as I’m concerned, that’s yet more reason to check it out as soon as you can. Even if the controls and presentation are a tough pill to swallow, I imagine many will get lost in its hypnotic and vibrant world and recognise that its charms, at least, are timeless.

Over the years, I’ve had a wealth of reasons to keep buying Fur Fighters. I’d wear out the discs, I’d move on to other formats, or I’d quite simply just want to support the developers. Now though, unlike my impulse purchases, my reasons have lessened; I keep buying Fur Fighters because it’s a wonderful game, and because letting it live on through little more than inferior emulation just isn’t good enough.

Not for us Fur Fighters fans; there are dozens of us, I tell you! Dozens!

I'm Brazen Head and my love for games borders on the fetishistic. As I type, my Dreamcast, Gamecube, PS2, 360, Wii, WiiU and gaming PC trail wires happily to the back of my TV screen.

You can check out my pilot episode for a little video game video project I have going, too. It's right here: https://www.youtube.com/watch?v=zjMaVB9VJvE

See you on the forums!