Gobli’s Adventure is about as obscure as they come. It is not only a hidden gem, it’s double hidden. It is a game within a game, an RPG buried inside a bigger package that itself is rather unsung as well.
I’ve already talked about RPG Maker. Nowadays, you can get it right on Steam. Each one is front and center, there is a pretty big library of games made with it, including some legendary ones, and there is very little that isn’t accessible. This wasn’t always the case, though. Around the turn of the millenium, RPG Maker was pretty much Japanese exclusive.
At least on PC. 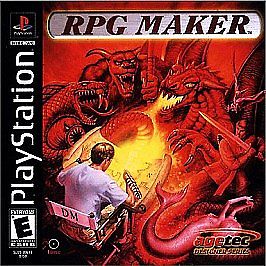 My first exposure to RPG Maker was the Playstation version. That’s right, RPG Maker there was a series of console RPG Maker games exclusive to the Sony systems. My friend David owned the PS1 version and I absolutely loved it. This was in the days before Unity and a thousand other free game makers were only a Google search away. I loved using RPG Maker to flex my creative muscles. I would borrow that came and pump hours into crafting dungeons, monsters, and story. I don’t think I ever finished a game, and what I did do was pretty crappy, but man did I have fun. I still haven’t gotten some of the music out of my head.
RPG Maker on PS1 came with a sample game. Just a short little ditty to give players a taste of what the program could do. It used all the pre-made assets and spun them into something that anybody could make.
If you haven’t guessed it by now, that sample game was Gobli’s Adventure.
Gobli’s Adventure iss about Gobli, a low-level goblin enemy from inside your standard RPG. His job is to get killed by the player characters again and again at the start of the game. Gobli is jaded with that life, and longs for something more. So one day he sets out achieve his dream: becoming the final boss! 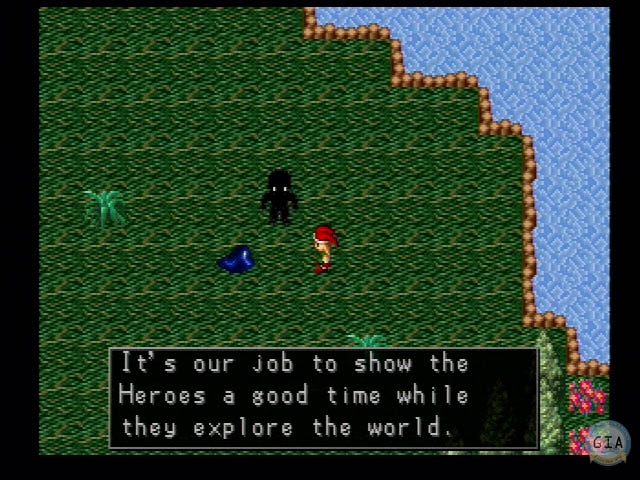 That gameplay is nothing out of the ordinary, on purpose. While RPG Maker allows for a lot of creativity, the point of Gobli’s Adventure is to show the player what they can do with it themselves. For that reason, the game takes no liberties with the standard RPG Maker battler system.
Instead, the heart and soul come from the story. Gobli’s quest is a fine one, and was pretty creative at the time. Soon after setting out, Gobli meets Mark the hole and Neko the cat, two other in-game sprites that are fed up with their jobs. When I say Mark is a hole, I mean that literally: his only purpose in the adventure is to be a hole in the wall that the real heroes have to pass through.
It was a short game but had a lot of creativity packed into it, and it being part of a program to make games, it contained a lot of meta-commentary on RPG’s. That served a second purpose. The game not only showed me what they could do with RPG Maker, it also get them thinking about the philosophies behind a lot of the tropes in RPGs and what they mean as a whole. 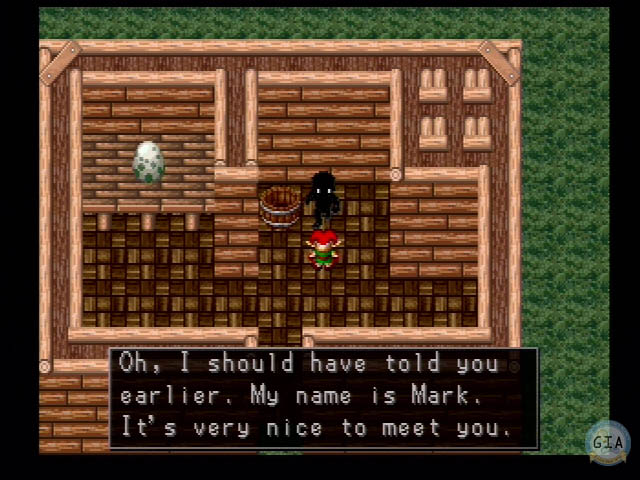 For such a nondescript purpose, Gobli’s Adventure has a lot of care put into it. It would honestly be worthy of being a standalone game. The developers did not need to do something so fun and witty. A simple “explore the dungeon and kill the dragon!” thing would have worked just fine. Instead RPG Maker fans got a bonus treat that was just as much worth playing as the program itself.
Gobli’s Adventure was never released on its own as far as I know. It is only a sample game included in the PS1 version of RPG Maker. As far as I can tell, RPG Maker isn’t available for download or anything, so if you want to play Gobli’s Adventure, you’ll have to track down the disc. Which is a kind of a pain, but Gobli is still a fun little guy to hang out with for a while. And besides, if you buy his game, you get a cool RPG making program to go with it! 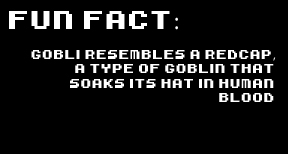