30 Hidden Gems #27: Marlow Briggs and the Mask of Death

Marlow Briggs is an odd one. It might not even be a hidden gem. It was made in 2013 with ridiculously high production values (for the time) and the kind of set-piece focused gameplay that you’d expect from a triple a title. Despite this, it was released as a small indie game and pretty much got the reception of one. It got no release hype and lukewarm reviews. Instead, it got famous through pure word-of-mouth and made an enormous profit to go with its high user scores on Steam and the like. With sales figures like that, maybe it’s too famous to be a hidden gem. And yet, nobody ever seems to talk about it.
Time to change that. Today, I’m talking about it.
Marlow Briggs is visiting his girlfriend at a Mayan excavation in South America. They discover that something isn’t quite kosher with her boss, so he has the girlfriend captured and Marlow left for dead. Then wisecracking magical tiki mask gives Marlow magic powers and now it’s time to lay the smackdown. 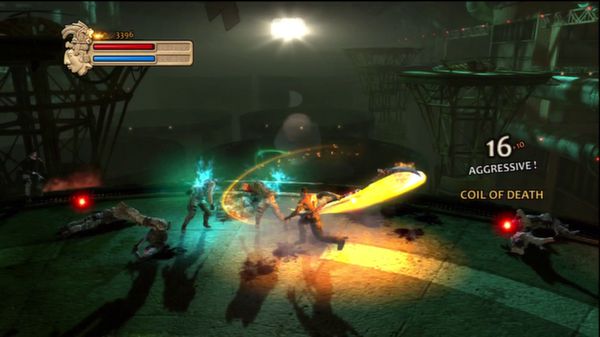 Marlow Briggs and the Mask of Death is a self-indulgent action game. There isn’t anything subtle about it. You alternate between beat-em-up sections (straightforward brawling with progressively more weapons and abilities) and more varied action segments. Those segments include (but are not limited to) a rail shooting segment, platforming, and escaping traps. Even the combat will have you riding a giant scorpion, fighting a dragon, and taking down badguys atop a giant spinning roof after it’s been launched into the air.
This all takes place between the grimy industrial excavation site and the lush jungle that surrounds it. And of course the obligatory ancient ruin. These all look breathtaking to the point where the game’s visuals hold old almost as well today as they did five years ago.
The only real issue I have with the game is that sometimes the actual fighting gets repetitive. You see a lot of the same enemies over and over, and many of them take a lot of damage before they go down. Marlow has some sweet moves but not enough to keep the fisticuffs interesting for long play sessions. There were plenty of occasions when I fought a really big, tough enemy, thinking it was a boss, only for it to then immediately become a recurring mook. With no less health than before.
That isn’t to say that the game isn’t worth playing. Heck, part of my complaint with the above might be that I was playing it on an older computer and the framerate was kind of low, so battles took longer than expected. Marlow Briggs has no shortage of creativity. The developers clearly wanted to create something epic and had no qualms about throwing everything at the wall to try to make it so. If you like beat-em-ups, Marlow Briggs and the Mask of Death is the kind of over-the-top goofiness that should satiate any appetite for a good time. And at only five bucks on Steam, there’s barely any risk, either. 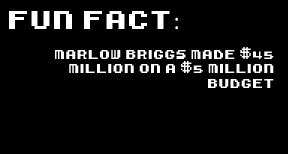