I love the Wii. I absolutely do. It’s one of my favorite consoles. It was fun and fresh in a world where video games were all about which Call of Duty ripoff had the best graphics. Not everybody shares my opinion, though. Especially big publishers. The influx unprofitable mini-game compilations in the Wii’s infancy led many third party companies to get cold feet about the system. “Triple A” support slowed to a trickle, leaving Wii owners to turn to more niche markets to get our third party fix.
Whether that’s good or bad depends on what kinds of games you’re into. Many gamers and companies alike dismissed the Wii as a waste of time. Me, I was happy that I got the chance to explore some more creative stuff that would have fallen by the wayside on the PS3 or 360. Under other circumstances, we probably would not have gotten gems like Pandora’s Tower, Red Steel 2, and Jett Rocket. 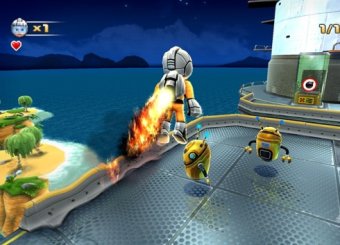 Jett Rocket is a downloadable 3D platformer game on WiiWare. Some evil bug-looking robots are causing global warming, so Jett Rocket, dressed like an X-Wing pilot, has decided to go stop them. You do this by exploring a dozen levels across three different worlds (beach, snow, and swamp) to collect solar cells and smash robots into oblivion.
Each level gains in size and complexity. To accomplish your task, you have dash and slam attacks for fighting monsters, and a few gadgets and gizmos to help you along the way. The game has a very nice balance between action, exploration, and collecting. The graphics are also quite pretty, and when combined with the varying terrain, it gives the player a real sense of adventure.
As for its downfalls, there aren’t many. My biggest complaint was the lack of extra lives and checkpoints. The game isn’t hard, but you’re bound to take a bump eventually. When it happens in the later levels, which are huge, having to retread all that territory can be downright painful. I also remember the camera getting a little wonky in a couple places, though it isn’t bad all the way around. 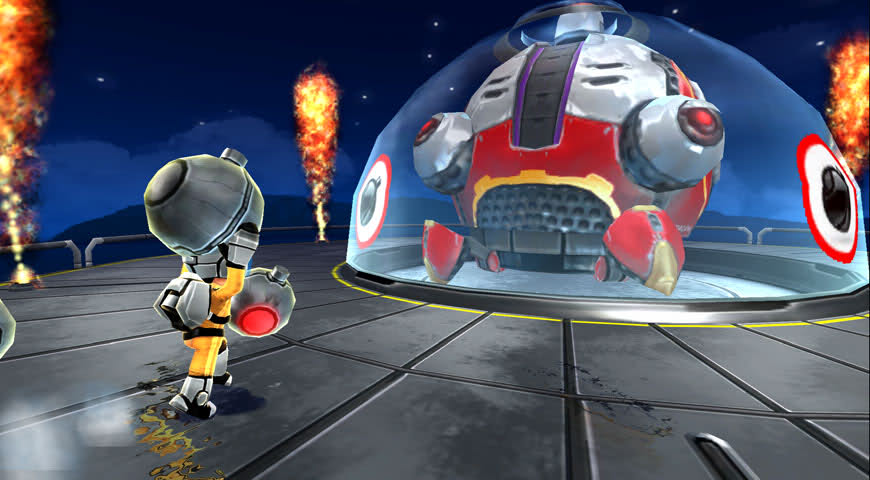 If Jett Rocket was longer, it could possibly have gotten a retail release and become one the flagship games on the system. Right now it’s only available for download on the Wii shop channel. Given that the Wii is aging and most of its servers have already been shut down, the window opportunity to play this gem is probably getting smaller by the day. If you’re interested (which you should be!) then pick it up now while you still can. 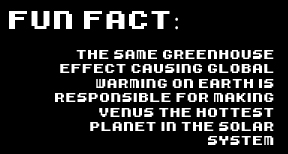