Many of the games on this “30 Years, 30 Days, 30 Hidden Gems” list are games that I want to recommend to you others. This is one that I cannot, because it no longer exists. Not only is it impossible to play, almost all traces of it have been expunged from the internet. The only evidence I’ve been able to find that I didn’t hallucinate the whole thing is a single snapshot from the Wayback Machine with broken links.
Like many of the other games I’ve been talking about in this series, our story starts in the nineties. My family had just gotten our first computer and we were starting to discover the joys of e-mail and chat rooms. I wanted to try those things out too. So after some searching on Yahooligans (the children’s version of Yahoo!) my parents found me a website called Headbone Zone. It was a sort of proto-social media site for kids. You got your own e-mail and you could go in (very heavily moderated) chat rooms to talk to other kids. It had oodles of games and stuff. For an elementary age kid, it was a nice corner of the internet to have some wholesome fun.

Later in the decade saw the rise of the popularity of Pokemon, and with it, the official trading card game. The card game was huge among kids. It was the most popular thing in the world at the time. If you weren’t there, I can’t emphasize enough how popular the Pokemon card game was at that time. Headbone Zone tried to capitalize on that popularity and made their own browser based card battling game. They even had a promotional thing going on where you could get promo codes from a box of GoGurt and use it to get free cards.
In the game’s heyday, I really came to love it. It was a very fun and strategic game (to my child mind) that was similar enough to Pokemon to make it fun without being a carbon copy. It has been so long that I can barely how it was played, but I think it was similar to Yugioh. You would put together a small squadron of fighting cards and their stats somehow calculated to give your side an overall HP value (these weren’t the terms they used.) Each turn, the attacking player would choose which cards to attack with and the defending player would try to counter. You’d compare some stats and the defender would lose some of their HP based on calculations.
When the HP was all used up, the defending cards would then start being eliminated from play. When one player was out of cards, they lost. You could also play affect cards (think trainers) to have different affects on the battle. There was also some kind of elemental system in place with different cards being red, blue, green, or purple, though I can’t for the life of me remember how that worked. This was all done on an HTML based web page. Every time you clicked something to make a move, it would reload the page for both players to reflect the change on the board. That took forever some times.

The thing that made the game really unique was the setting. Pretty much every card battling game out there has dragons and monsters and swords. Camp Champ took a different approach, something that you would never think of for this kind of thing: summer camp. Cards were based on things associated with the great outdoors, presented in a cartoony fashion. Item cards were things like a bear trap, a fishing pole, or a canteena. The fighters were things like a lake monster, and alligator wrestler, or my person favorite, Iron Guts. Iron Guts was that fat kid at summer camp who could eat anything. That was one of the GoGurt promotional cards and may very well have been the most powerful card in the game. I got the promo code from a friend who didn’t even have a Headbone Zone account. Come to think of it, that promo code may have been the thing that got me into playing the game to begin with.
According to google, Headbone Zone shut down in the year 2000, although I have to quesiton that because I think I remember going on there in middle school, which kind of fits the timeline but it’s tight. Googling it will bring up pages about Headbone Zone itself and its shutdown, but I have yet to find any mention of Camp Champ. The only other place on the entire internet that seems to remember it is an old fanpage hosted by Angelfire, and that site is nil.
Even though it’s long gone and destined to be lost to time, Camp Champ was a game that I got a lot of fun out of in my adolescence. I even got to be quite good at it and racked up impressive card collection. While those cards will never be used again, they were used once upon a time, and I felt that something that brought me that much joy should be commemorated. 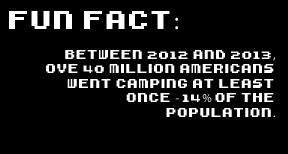