When I was a but a wee lad, my family didn't have many games. I did have an uncle who had a bunch of games, and he would occasionally let me borrow some (usually it was WWF Wrestlemania or something.) For whatever reason, he eventually got rid of his NES, and gave his entire library of games to me. I suddenly found myself the owner of a huge library of Nintendo games, including some classics that would become my favorites for generations.
One of these was Captain Skyhawk, an airplane game. It bore the brand name of Milton Bradley, the board game people, though I would eventually learn that it was made by Rare. It took me a while to get the hang of it, but once I did, it would join Zelda and Mario as one of my most nostalgic games ever. I used to play this game all the time with my cousin (the brother from the Zelda story) and had a grand old time. We used to roleplay, him pretending to be the pilot while I pretended to be the co-pilot. In retrospect, he was probably just trying to get me to let him play the game without begging for a turn myself. 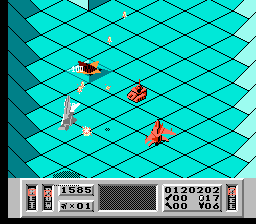 After my parents bought us a Playstation, they threw out our NES and all of our games. During those long, sad years, Captain Skyhawk was one of the games I missed the most. A few years ago, when I got another NES, it was one of the first games I added back to my collection. It actually taught me a valuable lesson about nostalgia. I had a lot of good times with it as a child. Those were like a seed that blossomed into a thought-flower of pure joy. Absence makes the heart grow fonder, and by the time I got to play it again, I had built the game up in my head to be the answer to life, the universe, and everything.
Obviously it wasn't. I was even a little disappointed when I threw it in, expecting to be taken back in time, and found myself standing in my present-day living room playing a simple shmup instead. I actually didn't even play it for a while after that. Then one day, I decided to give it chance. That's when I realized that even though the past is the past, Captain Skyhawk is still a pretty fun game.
It is a flight combat game with levels alternating between a scrolling shmup style and a behind-the-back dogfight style. The latter is pretty straightforward and fun. The former is where the meat of the game is to me. Whenmost players turn it on for the first time (myself included) they almost always start flying around, then immediately die for no apparent reason.
This is because the shmup levels are set up like trench runs. The Captain is actually making a low altitude approach through a mountainous canyon. The game takes terrain into account. That first death is likely caused by unknowingly crashing into a mountain. The focus on navigation goes hand in hand with the enemies, which are basic, easy to kill, and pose little real threat. It comes together to give the game a different feel than other games of the genre. It is more about successfully traversing hostile terrain than about surviving a hail of bullets and racking up a high score.

I also have to comment on the difficulty. A lot of other reviews I've seen compare the difficulty to the brutal level that other games of the time had, but I booted it up just before writing this and was able to play the 3/4 point before getting a game over, and this was after not playing for months. It was also one of the first NES games that I managed to play all the way to the end without codes or a Game Genie (admittedly, I died on the final boss, but I made it there.) So honestly, I don't think it's that hard.
I have to tip my proverbial hat to this game. It's done a lot for me. It gave me a lot of great memories. It taught me about the dangers of too much nostalgia. It also taught me that just because being stuck in the past is bad, a good game is still a good game. It isn't the most original game on the NES, nor probably the most legendary shoot-em-up, but it's still my favorite in genre and one of my favorites on the console. For all of the fun hours I've passed and all of the great things it has taught me, I am proud and happy to call Captain Skyhawk one of my favorite video games. 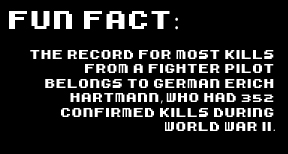