I bought this RPG on Steam almost as soon as it came out, mostly out of morbid curiosity. I’m glad I did, as Cthulhu Saves the World is one of the best indie RPG’s I’ve played. The Great Old One has been put under a spell to take away with wicked powers. The only way to get them back is to renounce his evil ways and do good. So he (begrudgingly) sets evil aside and sets out to, well, save the world.
With this release, Zeboyd Games crafted a hilarious and clever RPG that pays homage both to HP Lovecraft as well as the genre itself. The characters and the (mis)adventurous they get into are more in line with traditional RPG cliches than they are with the eldritch lore of the Cthulhu mythos. It does pepper itself with some generous references to Lovecraft and his other stories. Even some of the other monsters from Lovecraft’s other works show up as bosses. The writing runs the gamut from witty to hilarious and keeps it fun all the way through. 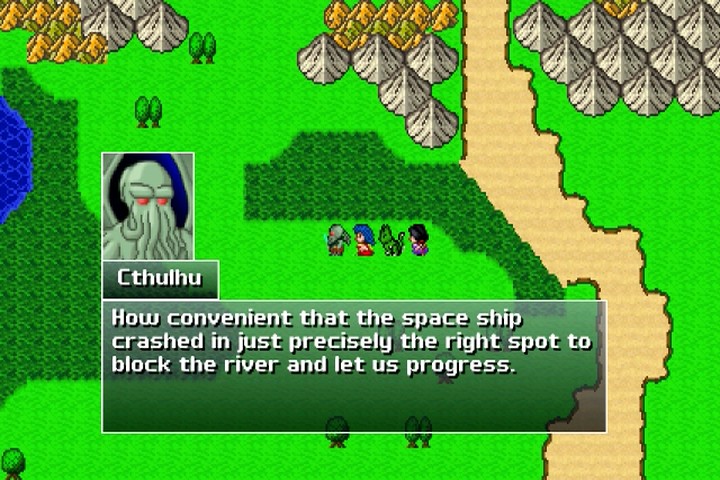 From a more mechanical standpoint, the battles in CStW stick to traditional turn-based style. However, it also streamlines a lot of the other aspects of stats and things like that. Characters only have one type of equipment. There is only one kind of healing item and you never outlevel it. Random encounters stop after a set number of battles. It helps to clean up some of the messier aspects of other RPG and leads to a game that flows more smoothly than others of the genre.
There are also a lot of bonus features. You can play through with alternate campaigns to see the game from different perspectives. When I first got this game, I played it through about four times back to back. I loved it and just could not put it down. It also inspired me to start reading HP Lovecraft’s work. I wanted to see what all the references were about, which led to me becoming a big fan of the author in general. I love this game and I think you will, too. At three dollars on Steam, it is such a low price point that I recommend it to anyone who likes RPGs. 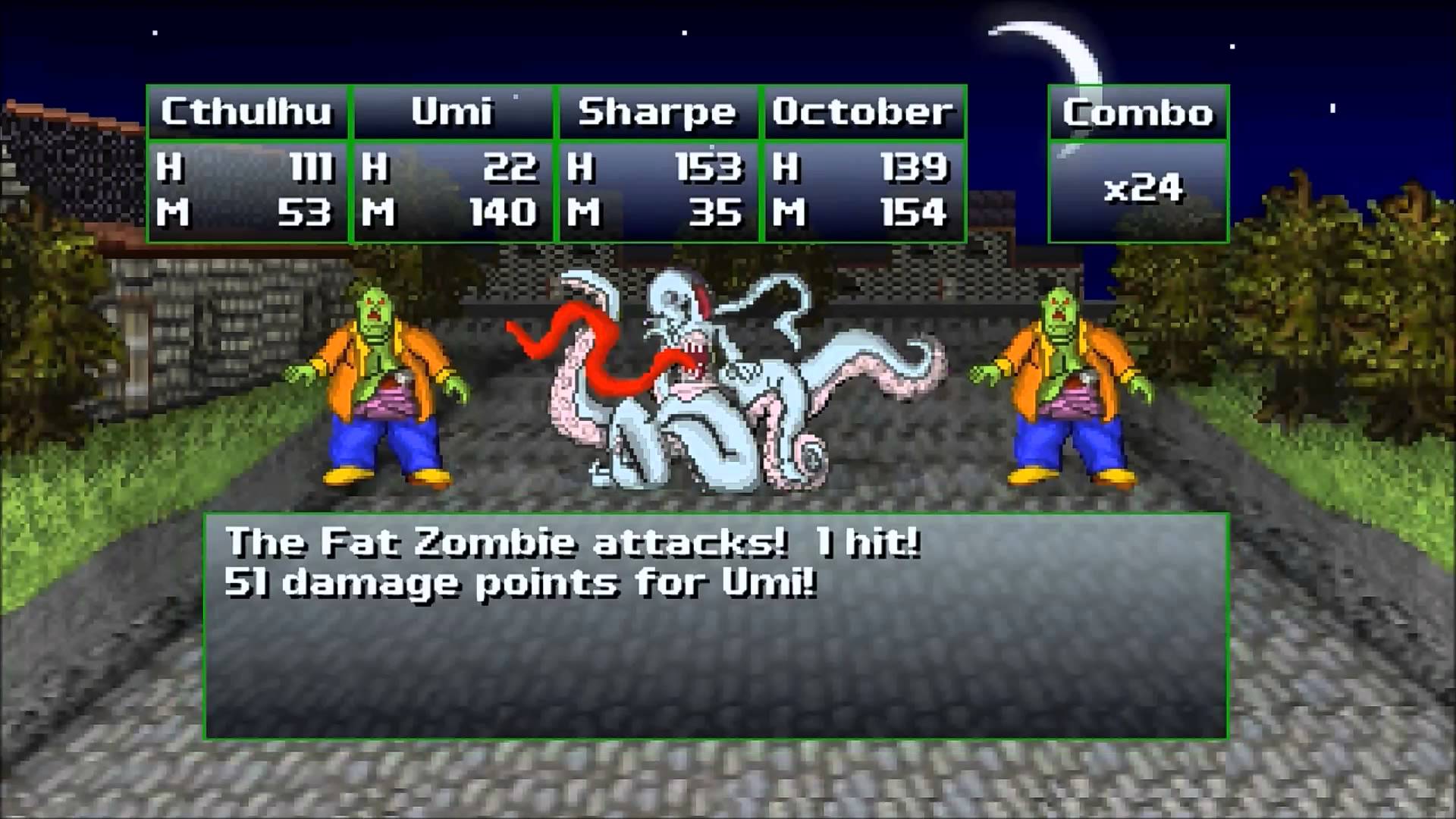 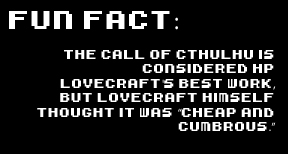