Boot Hill Heroes is a rich RPG that brings me joy to talk about. It’s visuals and gameplay are based heavily on Earthbound. The rest of it is essentially a love letter to old westerns. Made by a small indie developer (that as far as I can tell, may even be just one guy), I have rarely seen a game with as much heart and love poured into it as this one.
The Kid (that’s you) is only trying to earn some money when he gets tangled up in the affairs of the Saints-Little Gang. The Kid ain’t no yellow belly, though, and before you know it, he is in the adventure of his life to save the town from outlaws. Along the way, he meets up with a grizzled old bounty hunter, a spunky red headed cowgirl, some spiteful Indians, a fat rich railroad tycoon in a white suit, some circus performers, and many more. 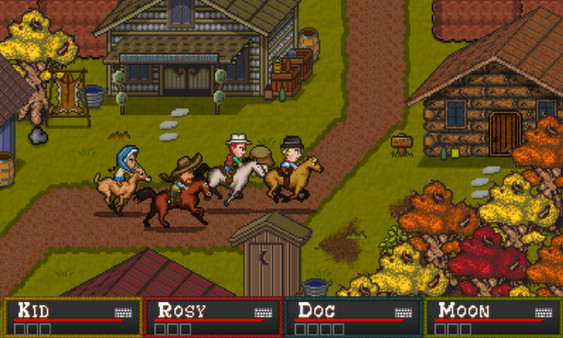 Much of the story is both cliche and unique at the same time. The characters come straight out of the old west. Either John Wayne or Clint Eastwood, take your pick; both types are equally well represented. It features all of the tropes you would expect from those old tales. Yet each character is so unique and so fleshed out that they all manage to come alive beyond just being and archetype. In the same way, the plot would be right at home in an episode of Bonanza, yet it unfolds in such a manner to make it truly stand out as a good story on its own. The games uses the cliches of the wild west to create something that is a perfect homage and joyfully original all at once.
The combat system is something of its own beast. Rather than magic spells, it relies on timing and resource management. Players and enemies alike have meters that dictate when they can take action. Attacks affect these meters as much as they do damage. It’s a very clever way to adapt a turn-based battle system out of action that traditionally relies on quick draws and gunfights. On top of that, characters are very customizable, giving the player the option to build their party how they wish. 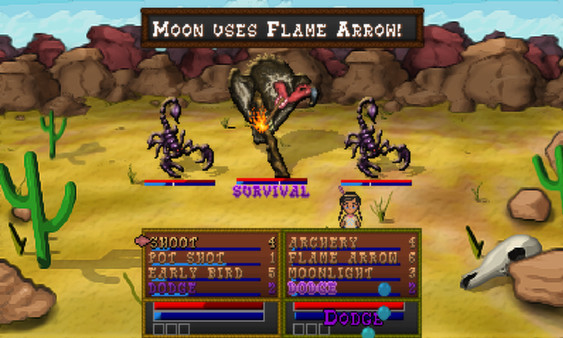 The game has a sequel, Boot Hill Bounties, that I plan on getting to in the near future. In the meantime, if you have a Steam account and even a passing interest in RPGs, please pick this game up. When somebody loves what they are doing, it shows in their effort, and the charm that Boot Hill Heroes radiates is a clear indicator of passion. It is a crime that a game like this is been relegated to such obscurity. 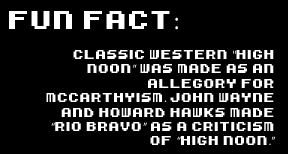