The turn of the decade was an odd time for Nintendo fans. The Wii had already had a masterful run but was showing its age. Nintendo was shifting focus to its successor, and with dwindling third party support, Wii owners were facing a drought of quality software. Enter Operation Rainfall, a petition/letter writing campaign devoted to get three Wii games from Japan and Europe to be localized for North America.
To everyone’s surprise, it actually worked. The first game was Xenoblade Chronicles, an instant collector’s item that has spawned two sequels and gotten representation in Super Smash Bros. The second was The Last Story, which wasn’t that great but it came in a cool box. The third was Pandora’s Tower, a game that even the fans were surprised got released, it had virtually no hype, and was forgotten about almost instantly.
Which is a shame, because it’s one of the best games on the console. 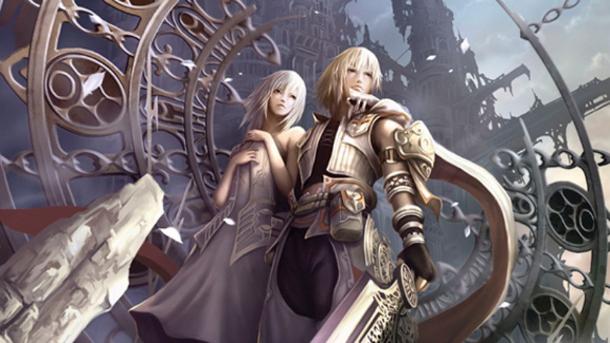 A young woman named Elena is attacked by a monster. She is rescued by her boyfriend Aeron but left with horrible curse that will slowly turn her into a monster. The only cure is to feast on the hearts of the Master Beasts that reside in the Thirteen Towers, a massive tower suspended over a bottomless pit. As Aeron, you have to explore the towers, solve the puzzles, and kill the masters the harvest their flesh for Elena to eat.
The gameplay mixes the combat of God of War with the dungeon exploration and puzzle solving of The Legend of Zelda. Each of the towers you explore has an elemental theme to it that dictates the types of puzzles you have to solve. In the water tower, you have to adjust the flow of a canal to turn a giant mill wheel. In the fire tower, you have to light torches to find your way across black rooms. Helping you accomplish these tasks is a magical chain. The chain also doubles as a weapon, which gives you some really awesome moves to take down your foes. You can tether enemies together, or grab them and throw them, among other things. Add in an arsenal of swords and you’ve got some really fun ways to kick ass while you solve puzzles. 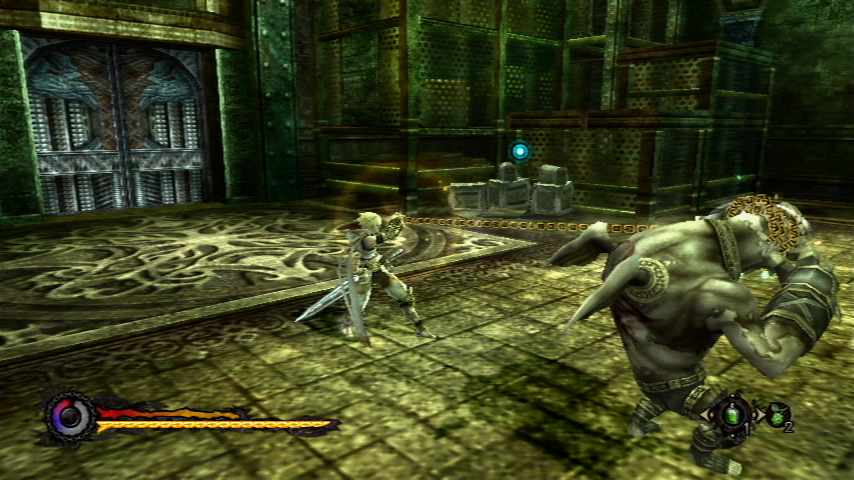 There is a timed aspect to the game. You only have so long to procure the beast flesh or Elena will transform into a monster and then it’s game over. You can delay the transformation by feeding her the meat from lesser beasts but this means a lot of backtracking. While I didn’t mind it too much, I can see how this aspect of the game might turn some players off.
Speaking of Elena, Pandora’s Tower also features a sort of dating sim-like aspect where you can have chats with your beau and bring her gifts. It helps to give the characters a little more depth. There is also a whole host of mythology to be discovered about the towers and the world around them.
The only huge drawback of the game is that the North American version has a pretty nasty glitch that causes the game to freeze when you try to enter the last dungeon. It was horrible on my copy, and took me a long time before I managed to get it working. Once I did, it brought a whole new sense of urgency to the dungeon, as dying or running out of time would mean having to battle the glitch again. It really did put a huge damper on my enjoyment of the final part of the game.
Other than that, Pandora’s Tower is and excellent game that I’m thrilled to have played. I loved it. If you are looking to expand your Wii library a little bit, it’s not too expensive on Ebay. I definitely recommend it. 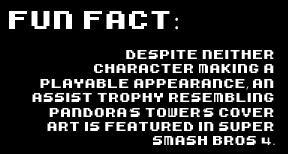