I love video games. Where else can you slay a dragon, jump four times your height, become a world champion racecar driver, storm the beaches of Normandy, and build a tower of falling blocks, all without leaving your living room? In 30 years on this planet, the medium has taken me on more adventures than I could ever hope for. Some vast and grand, others humble.
Greetings, fellow gamers. The month of November marks my 30th birthday, and I’ve been gaming for as far back as I can remember. Thirty years is nothing to scoff at. Things bigger than me have celebrated 30th anniversary specials before, and with three decades of history behind me, I felt compelled to do something to commemorate my gaming history.
At 25 years old, I wrote a long, detailed blog post on another website about my 60 favorite games of my first 25 years. I thought about doing that again at 30, updating and perhaps expanding it, but ultimately I decided on something else. You don’t spend this much time indulging in your favorite hobby without exploring some of the more out-of-the-way corners of the world. That is what this is all about: I’ve decided to share with you some of the “hidden gems” of gaming that I have enjoyed throughout the years. I am thirty years old, there are thirty days in November, so I’m going to write about thirty different lesser-known games that I have played in my life.
These aren’t necessarily the greatest games of all time or anything. Not even necessarily my favorite games. They are just games that I have enjoyed at one point or another that I don’t see talked about very much. Some are more obscure than others. Some will be reviews, or recommendations. All of them are titles that I wish to commemorate. Thank you for reading, and I hope as we go through this, we will learn more about some games that have flown under the radar for so long.

Ever wanted to explore a dungeon? Of course you have, that’s what half of the video games out there are all about. Zelda, Dark Souls, Tomb Raider, Uncharted, Diablo; they are all built around letting the player explore the nooks and crannies of lost ruins.

Those games are fine and dandy, but when I was a kid in the mid-nineties, my cousins and I fell in love with a PC dungeon crawler that gave us the feeling of exploration like few other games have managed to do. At the time, out families had just gotten our first computers (believe it or not, there was an ancient era where people didn’t have these in their pockets all the time.) There was an endless sea of games for them that we all wanted. Unfortunately, this was long before the Steam summer sales, and CD ROMs at the store were expensive and hard to set up (according to my parents.) So we usually had to settle with some generic “50 Great Computer Games for Kids!” disc that had 30 bootleg variations of Tetris and 20 of Pac Man.

It was on one of these discs that we discovered a game called Castle of the Winds: A Question of Vengeance. The disc actually belonged to my cousins but I was quick to download the game on my computer the instant I got the chance. It stood out from the usual dreck. It was a shareware dungeon crawler that puts the player in the shoes of an orphaned teenager whose home has been sacked and whose mystical amulet has been stolen. You track the assailants to the nearby ruins and begin your quest for revenge. 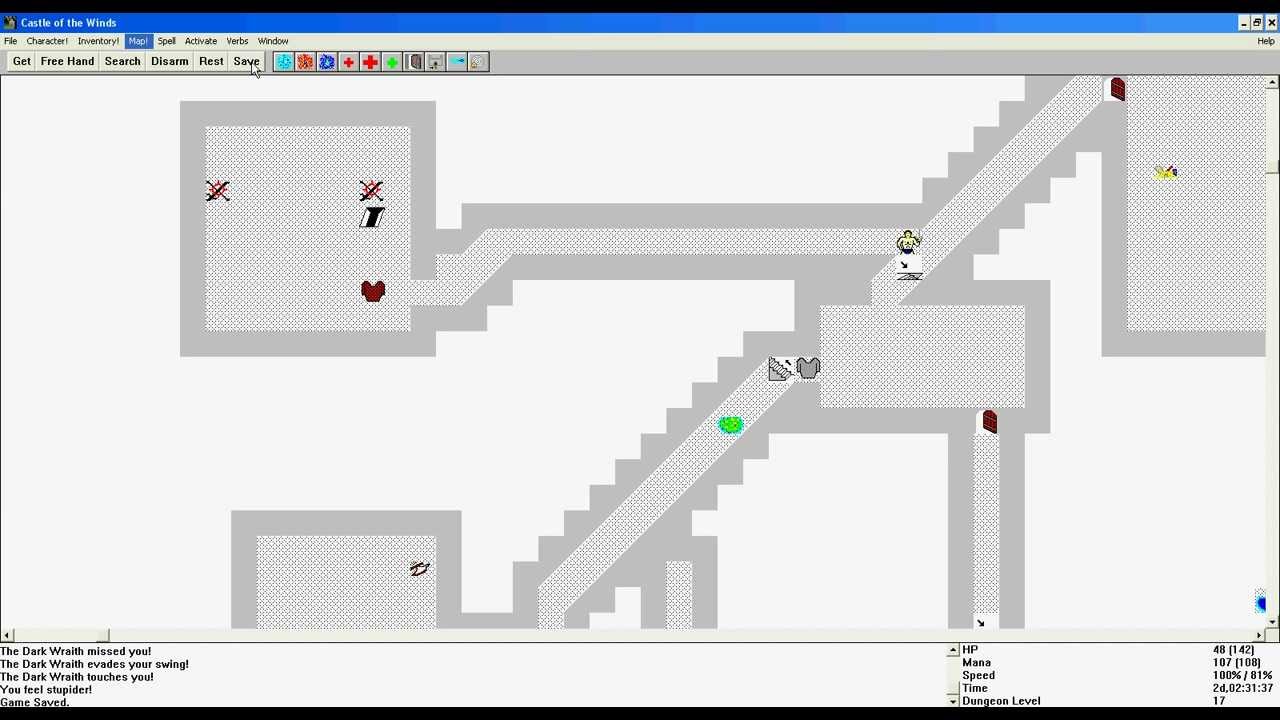 I played this game endlessly as a kid. I would beat it, then immediately start a new game and play through again. One of the things that fascinated me is that it is procedurally generated. Other than a few key story elements, the dungeons are completely randomized. The layout, item placement, traps, and enemies are different every time you play. It’s never the same experience twice, which means that it constantly feeds into an addiction to finding new secrets. 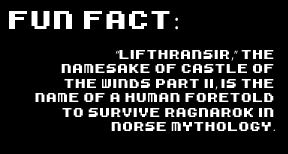 Another thing that I always loved was the graphics. Which are about as minimal as you can get. There are very few animations to speak of. Scenery is gray blocks. Characters and objects are rudimentary sprites that click around a grid. And yet, something about the style made me fall in love. They kind of reminded me of LEGO minifigures, which is something else that I was always had an eye for. I strived to see the icon for that next spell, or find the armor that would “glow” with enchantment when I equipped it to my character.

Recently replaying it as an adult, it’s obvious that the visuals are barely more than a representation for the stats going on under the hood. The game functions more like a tabletop RPG than a Zelda clone. You have stats to keep track of like health, mana, dexterity, constitution, and so forth. There is also a whole smorgasbord of commands such as search, rest, disarm traps, activate items, etc. I’m sure as a kid, this level of depth added to my enjoyment of it as well, though I’m sure it pales in comparison to some of the stuff that is out there nowadays.

When I would eventually reach the end of the dungeon, slay the giant and get my amulet back, a text box would pop up telling me to buy the next chapter of the game. I’m not sure if it counts as a sequel or just part two of the same game, but Castle of the Winds: Lifthransir’s Bane was something that I begged my parents to buy me that Christmas. They didn’t, of course, and I would not get to see it for a long time. Until just a few months ago, when I discovered it online and found it to be basically the same game as the first.

If there are any major flaws to speak of, I suppose it would be the difficulty. The random nature means that the player frequently finds themself handicapped, backed into a corner against hordes of monsters while the healing items are few and far between. It renders save scumming as not only a legitimate tactic, but practically necessary to advance.

That doesn’t stop it from being fun. You can still get a good amount of enjoyment out of Castle of the Winds. The good news is, you can play this game for free in your browser right now. That website sometimes freezes for me when using certain spell animations, so save often, but still consider giving this hidden gem a playthrough.