First off, my apologies for posting it a bit late after half of this month. And second, I have some things to say after you browsed to the end of this blog. Cool? OK, and from that begin.

Recap of the Waifuween movies can be traced back to this link. 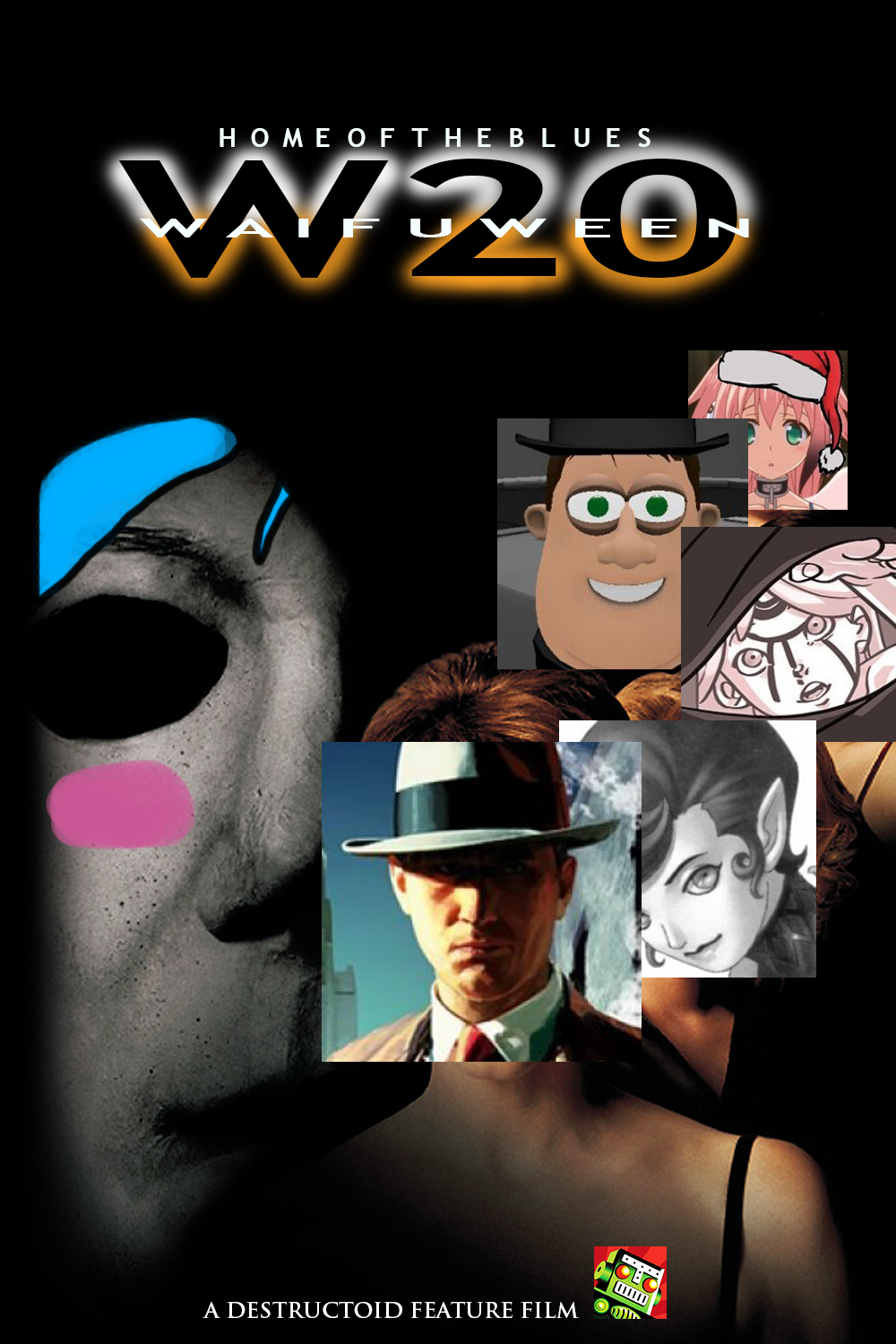 It's been 20 years since Waifuween II, when orochileona seemingly sacrificed himself to save homeoftheblues from the eeevil Angie22's murderous hands by blowing himself and Angie up in flames. After that incident, Angie's body was never found, and homeoftheblues died in an internship on law enforcement. But meanwhile, in the quiet town of Tachanka, Illinois.

Yep, orochileona's nurse Wes Tacos is alive as well. And the neighbourhood kid Soulbow decided to invited her to a match of Rainbow Six: Siege later at his home, which she agreed. As Wes arrived at his house, she just stumbled upon an ugly sight.

Oh no, who could it be that murdered this innocent youngste-

Oh. Of course it's her all along. Didn't know she took an extreme dislike towards Siege these days.

And here's our main heroine, homeoftheblues. Woken up from her beautiful, bloody dream. Apparently she faked her death, became a high-school principal in the town of Fromage, California, and had her birth son, Electric Reaper.

Speaking of which, it's Waifuween today. And the school's planned a field trip to a comic convention at San Francisco which every student was eagerly awaited for. Except Reaper, whose mom forbidden him from attending such conventions, lest he did any waifu-related shenanigans. During the morning, Reaper tries his luck.

He got rejected, sadly enough. Fast-forward to a school assembly, when Mrs. Blues stated out the rules of the upcoming field trip.

As Reaper were saddened about his exclusion from the trip, his girlfriend Pixie the Fairy, and his friends Jiraya and dephoenix suggested an alternative plan for Waifuween, which he eventually agreed.

And after the assembly, Blues with a co-worker from work.

Yep, they're dating. On to a pointless scene.

Oh, and Dwavenhobble is the security guard on the school grounds.

He nicked a copy of Siege, that dastardly bastard!

After a tireless day of sending off the students, Mrs. Blues decided to head back home.

Yeah, I Photoshopped her avatar and all. Didn't do it for Gundy back then, but he seems fine with it, and I'll have to take great care of his magnificent face.

As they were enjoying their time together, Mrs. Blues decided to blurb out the truth.

Meanwhile, at dephoenix's house when the teenagers were enjoying Siege and waifu-shitting.

Electric Reaper and Pixie escaped and ran to Blues' house. Which then triggered the iconic scene out of this movie.

After sending the surviving teenagers to safety, she must then face the terror of her life alone. Cue the action scenes.

Despite the police's arrival to secure the crime scene, Blues remained unconvinced that Angie is truly dead, and decided to take matters into her own hands.

As Angie were pinned down, homeoftheblues decided to give her ex one last goodbye.

Such ending, and Angie22 is finally dead... Until the executives demanded another sequel, that is. 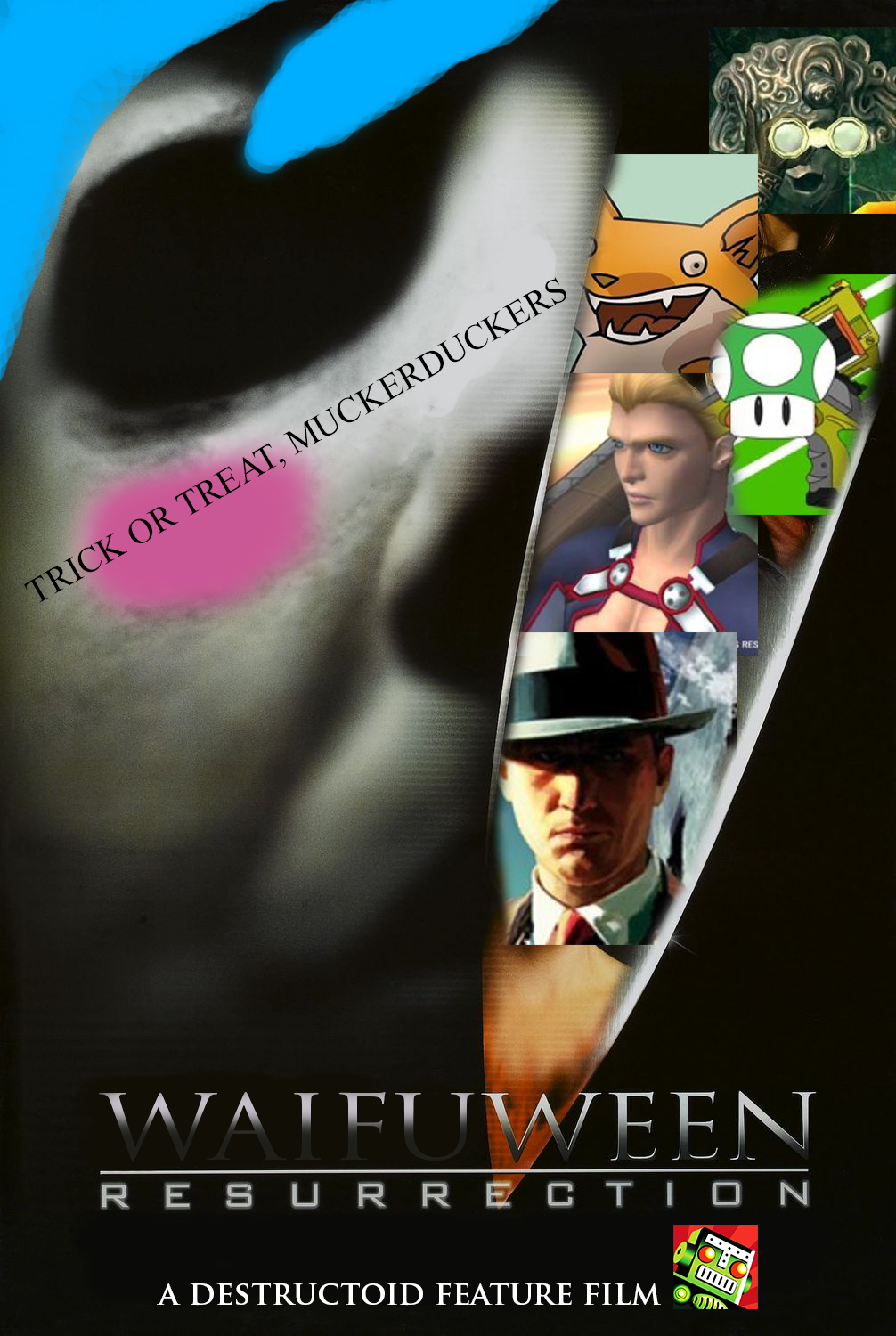 Thanks to the magic of cinematic retcon, homeoftheblues was quickly sent to a mental hospital after it was revealed that she killed the van driver who dressed just like Angie. Angie then infiltrated the hospital and finally, managed to kill the one who scorned her as a kid at last. She then return to her old, derelict house at Darksiders, Illinois for a nice, deep slumber, unaware of a new type of group that would soon invade her privacy: Reality stars looking for quick hits.

As you might noticed there's a certain "lack of quality" among the GIFs this time, it's because I'm tired, running out of GIF ideas and preferably playing games. Thus for those who were somehow big fans of the GIFs, I had to cancelled any plans for Resurrection, planning the GIFs for the 2007 reboot, and only do the posters for the 2009 sequel. Sorry, ladies and gentlemen (And Angie22). As much as I enjoyed making GIFs, there are far better time-waster than this.

Other than that, thank you for enjoying this blog, and (hopefully) look forward to the next one before Halloween arrives.

EDIT: Most of the footages were from this review.