Resident Evil: Revelations is a survival-horror game for the 3DS made by Capcom in 2012. It was later released on PS3, Xbox 360, Wii U and PC in 2013. It was also released on PS4, Xbone and Switch in 2017, because Capcom. It's an interquel set after RE4, but before RE5. Jill and Chris from previous games share the protagonist role, alongside some new characters added to the roster. Together they try to untangle a bio-terror conspiracy centered around the cruise ship Queen Zenobia. 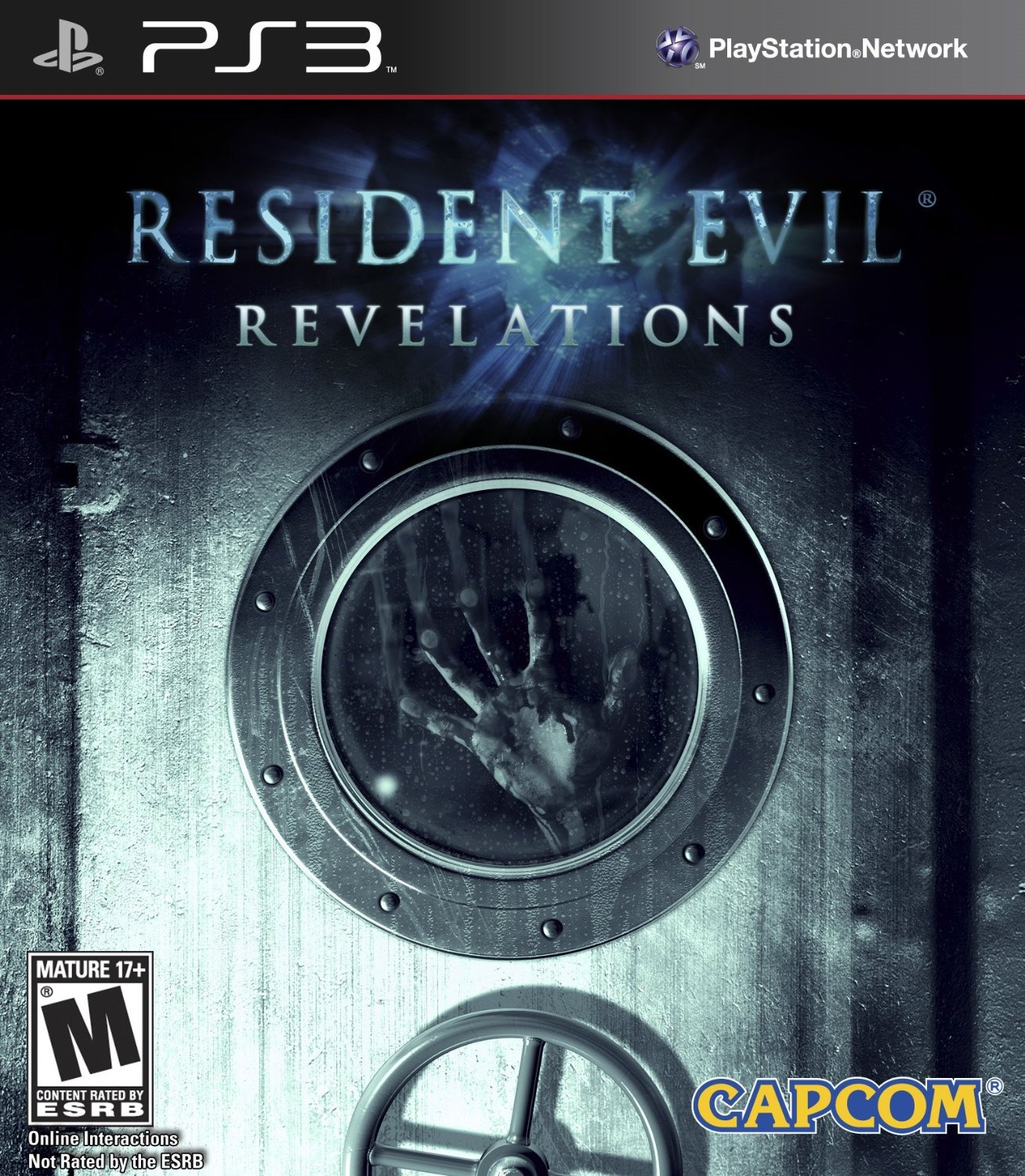 One Chapter Forward, Two Chapters Back

Revelations stands out to me in the series. Counting only the big titles, it's the only game with a plot as confusing as the overall story of the franchise.

The reason being that the game jumps back and forth in time almost every chapter, making it really difficult to piece together what's going on between the separate storylines. And even if you do your homework, I can't say there's much of worth to be found here, save for heavy-handed references to the Divine Comedy and a lot of goop.

Jill and Chris make for fine protagonists, but the rest of the cast isn't very entertaining. Not even the villains manage to stand out, which is a real shame following the previous games. There's no mad nobleman, no scenery-chewing demi-god and no cult leader with a tentacle dick. Can it even be considered Resident Evil at that point?

The most egregious part of the story is how it opens. It's in medias res (of course), but as soon as you reach your first monster, you're treated to what I assume is the actual opening. There's a fancy CGI scene that shoves backstory down your gob, an introduction to Jill and the BSAA organization, plus a simple level that's perfect for teaching you how to play. I have no idea why you'd skip ahead to level 2, just to skip back to level 1 afterwards. Did someone drop the script and mix up the chapters?

Being made after RE5, but with less of a focus on explosions, Revelations sits in an interesting place. You're actually more mobile than in RE5 (since you can strafe while aiming), making this a stepping stone towards the crazy movement abilities in RE6. But you can't run quickly anymore and combat is very cramped. I have no complaints about the controls (at least the shooter setup, since the classic one doesn't allow for strafing while aiming). I do find the kinaesthetics of most guns rather lackluster though, as the sound of gunfire is quite muted.

Enemies are surprisingly good at aiming and have more range than you'd expect coming from RE4 & RE5. To combat this, you come equipped with a proper dodge move, triggered by flicking the stick with decent timing. It takes a bit of work to get used to, but after a while, it isn't hard to dodge at least two thirds of attacks. The value of this design decision combined with the cramped areas is that you always spend a good deal of combat within hugging distance of enemies. This is good for tension and gives you a good look at the freaky fish guys on display.

As if to subvert the expectations of RE4/RE5 regulars, the Ooze that you fight throughout Revelations is much harder to read and counter than Ganados and Majini. Headshots do more damage to them, but to set up a proper melée attack, you usually need to shoot their limbs. I approve of this change (as it adds some variety and challenge), even if busting the kneecaps of Ganados and kicking them is incredibly satisfying.

Rounding out your abilites, you have a simple knife attack and quick access to grenades. Both are less powerful than in previous games, but very welcome whenever you need them. The addition of shock grenades is very nice, as they're like flasbangs that do damage.

What's less of a good time are the multitude of action-heavy chapters found in the game. The game is at its best onboard the cramped quarters of the Queen Zenobia, but still puts you through a bunch of open spaces that shower you in monsters from time to time. And since those chapters are starved for enemy variety, they quickly turn into a slog.

Replacing numerical upgrades and a free-form inventory, Revelations instead goes for swappable weapon mods and direct limitations on supplies.

The implementation of mods to find means that the game doesn't have a currency system in the campaign. While shinies are fun, it does mean that there is less stuff to pick up, which helps the pace ever so slightly. And since you can slot mods as you wish, you won't be punished for experimenting with the different guns.

The ammo restrictions are rather strict (and kinda stupid on higher difficulties), at least to start with. Once you've found enough ammo pouches for your gun types of choice, things get much more resonable.

And you do need to pick favorites, as you're only allowed to carry 3 guns. I prefer to have all my tools at hand, but this system challenges you to find some setups that complement eachother and forces you to swap guns whenever your current one runs dry. It keeps the variety up, making it less likely that you use one gun as an universal problem solver.

As previously stated, the game is at its best when you're exploring the Queen Zenobia. It's a lovely location, filled to the brim with broken lights, mist and hellspawn that deserves to be nuked from orbit. A pity then that the whole game doesn't take place there, enviromental variety be damned.

It's not as complex to explore as the classic games, but it's still open enough to let you roam a bit and take in the musty air. In my opinion, it's in this game that the series finally manages to be properly scary, if only for a few segments. But hey, progress.

The enemies are based around sea life, which makes for some really good and mollusk-y designs. Sadly, the game doesn't manage to prey on my phobia for the deep blue sea, so it's not a complete success. The swimming sections do come close to being horrific though. And no, it's not because of the swimming controls. Those are fine.

Puzzles are simple, bordering on offensively so, feeding into the somewhat quickened pace the game seems to be aiming for. A new addition is the scanner, which is used to find items in the enviroment and somehow grants you healing items if you scan enough enemies.

It feels like a gimmick made for the 3DS and I can't say it adds anything of worth. If anything, it just obfuscates items you should be able to see anyway, effectively negating all the time the rest of the mechanics save you.

Replacing Mercenaries, Revelations instead offers Raid Mode, which is essentially a revamped arcade version of the campaign where you need to fight your way through a bunch modified enemy encounters as well as you can across increasing difficulties.

It's pretty fun, and an efficient resue of assets. But it's also very tedious after a while, as enemies become stronger a bit faster than you do, unless you partaking in some grinding in easier levels every once in a while.

Not helping matters is the nature of weapons in Raid Mode, as they are mostly gotten from the randomized shop. Since certain guns (The Government handgun with Sonic Assist plus Daze and Bind mods says hi.) are so much better to use against the crazy encounters, it's best to just reroll the content of the shop until it becomes what you need. That's bad enough, but every few levels you need to update your arsenal, which means that you must roll again until you get a higher leveled version of the gun you already have.

I'd be much more on board if they revamped the progression system to reduce the time spent getting the weapons you want and improved exp gain, but I can't say the mode is lacking content, since most of the cast is playable and offer unique perks to have fun with.