The development story of Enemy Zero is an interesting footnote at the beginning of the 5th generation console wars. Initially conceived as PlayStation exclusive, WARP was discontent about Sony's handling of the game and its marketing. So, in a great show of contempt, the game was revealed in the PlayStation 1996 Tokyo Expo, with the PS logo slowly morphing into the Saturn's.

As such, Sega gained an exclusive that was well regarded at the time. However, in the great scheme of things, the PlayStation was not affected, and Enemy Zero is not worth much regard today. 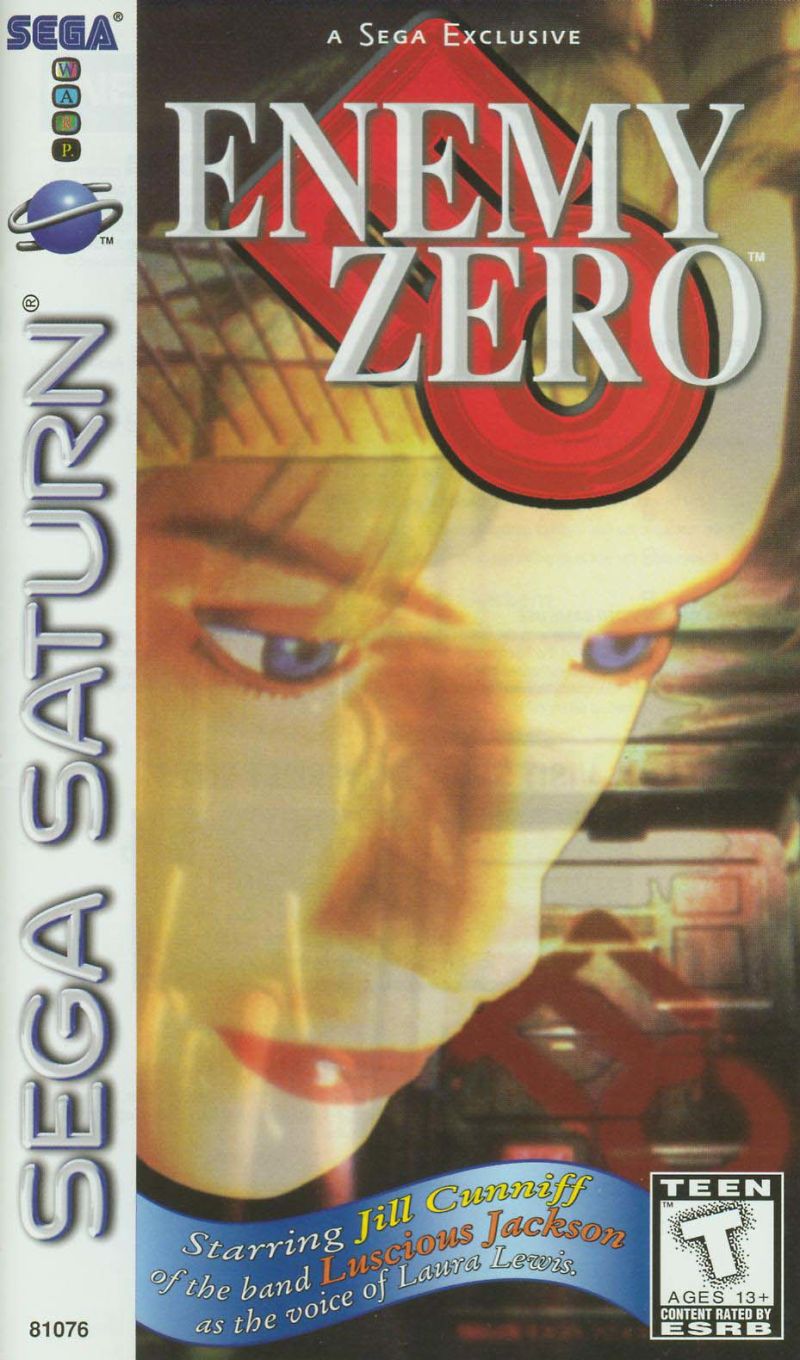 "It's not human. It's something... else. Proceed with caution"

Attempting to upend the gameplay focused of games in the day, Enemy Zero clearly wanted to put its narrative at its center. As such, it was conceived by WARP as a "cinematic" experience. This means that a great deal of the game is spent watching early gen FMV scenes, as well as interacting within those prerendered locations in gameplay similar to classic Adventure titles.

The game and story are heavily inspired by the Aliens franchise. It takes place abroad the "Aki", a gigantic spaceship with a skeleton crew carrying some seriously dangerous cargo. When that cargo (some invisible monsters) finds itself loose, the game starts with the protagonist, Laura, figuring out they are in danger and that she needs to survive. 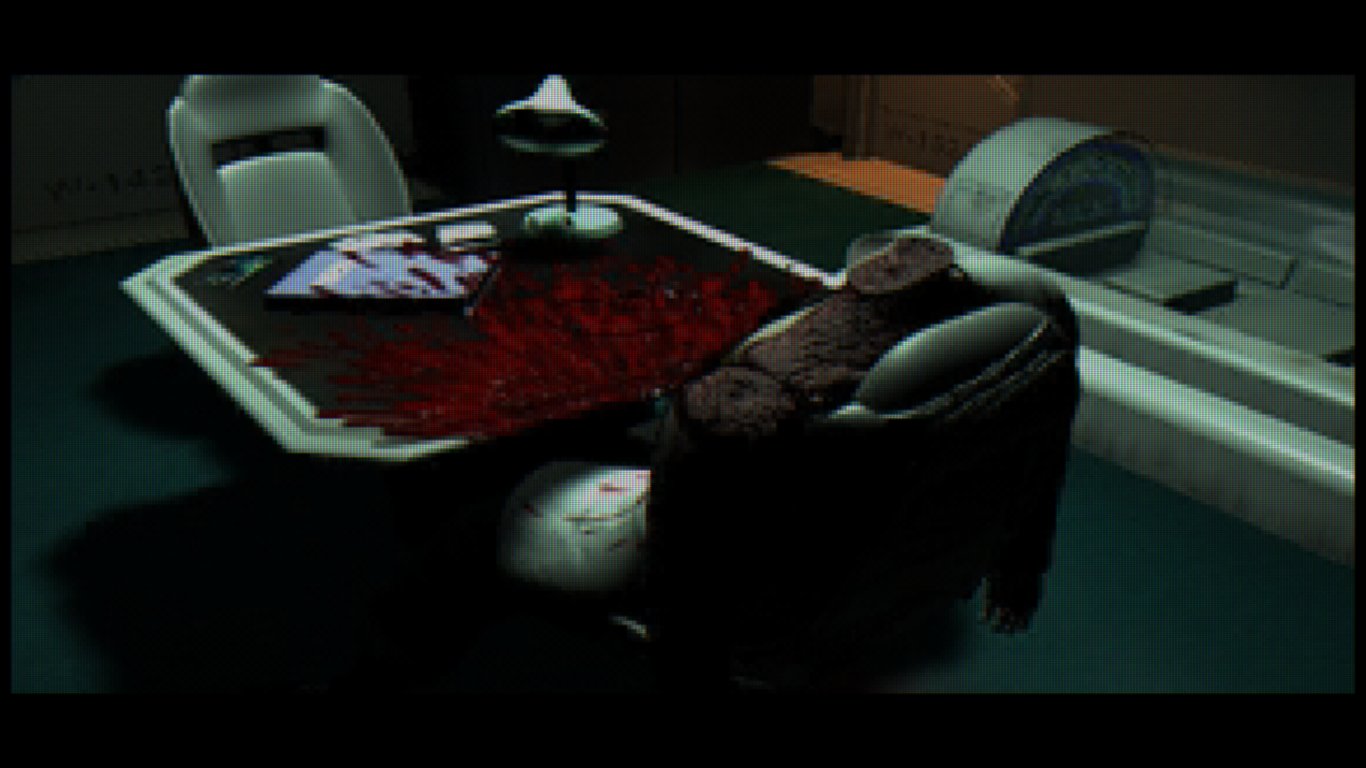 As expected, a lot of the crew find themselves dead, and the story unfolds in predictable beats to anyone who watched Aliens. Still, at this era in videogames history, Enemy Zero truly succeeds in its attempt to craft a narrative cinematic experience.

Despite what is now awkward acting, cringe-worthy dialogue, and laughable body language, those are things that were unique and well-executed the time. Sure, Jill Cunniff from the band Lucious Jackson did not provide much as the voice of Laura, but then Laura actually had a voice.

Today, we may be able to make fun of this game and its unnatural animations, but this did not age as bad as other, nor can the pedigree that was once there be ignored. It still is funny to see the character lips wildly move though.

"Your VPS tells you where your invisible enemies are"

It is in the action gameplay that the game has its central conceit; its invisible enemies. While you may think that a horror game would capitalize on the enemy design to increase the scare factor, but sometimes the unseen can be scarier than what you can see.

Regardless, the invisible enemies are responsible for the central gimmick of the game. Mainly, that you are required to listen to the in-game sonar to guess the location of the enemies. Then, you must face in their direction, start charging your weapon just as you think they are advancing, trying to time the release of the charged shot right as they come into range. 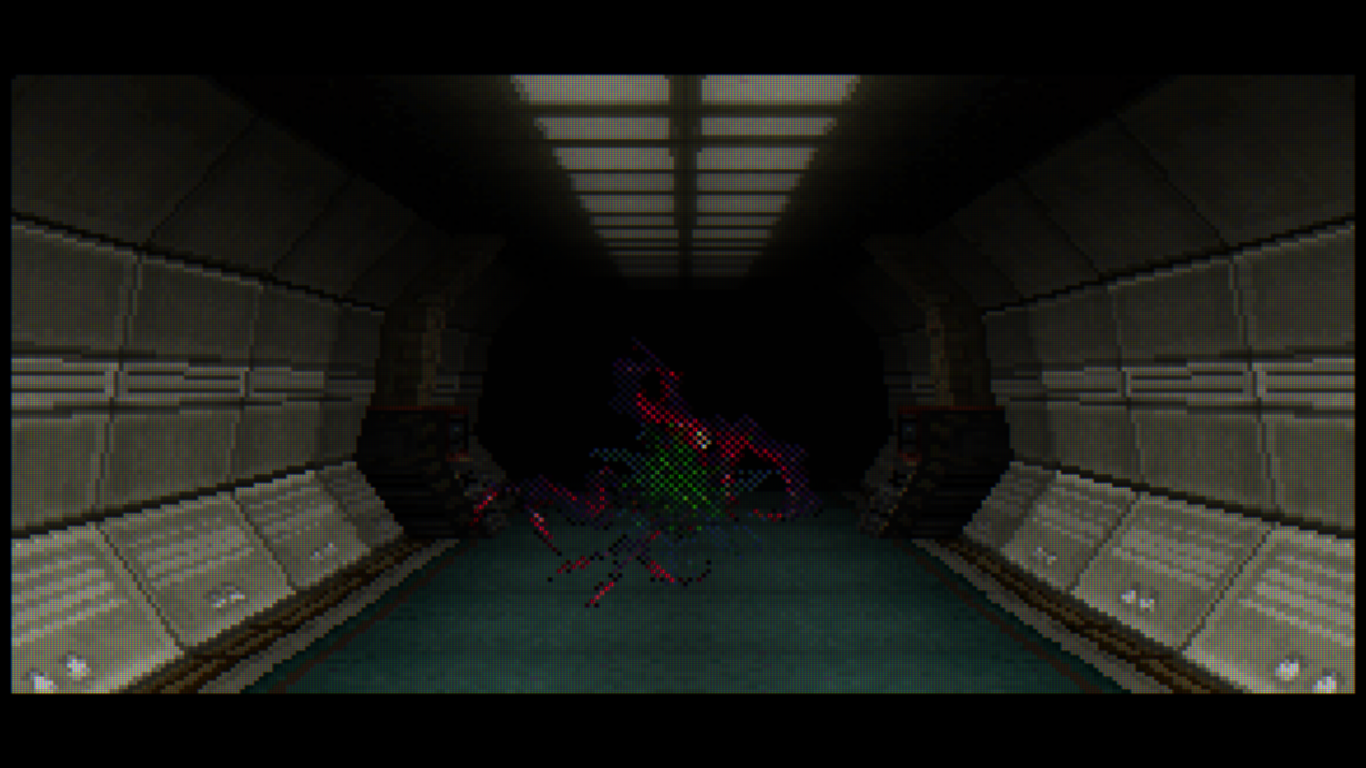 You can see the enemy at the moment of their death

Admittedly, very few games ask you to use sound to "visualize" your surrounding, nevermind actually building the entire game on that premise. Sound comes in three pitches and varying frequencies, with the pitch denoting the monster's location, while the frequency signaling its proximity.

This increases the tension as the beeper starts ringing loudly, and since the controls in the first-person action sequences are actually pretty solid, it is usually the best part of the game. That is until you encounter the game's biggest mazes, which waste your time in trying to get from place A to B.

I understand one or two mazes where you are hunted by the enemy, but for most of the game being made of those mazes which sometimes require you travel several times through to charge your weapon, is just obtuse game design.

"Maybe for us.... this was a fortunate accident"

What is more obtuse is the extreme stupidity and extreme slowness of Laura as your main character. Playing the adventure sections, you basically point the camera towards fixed angles, move forward, and interact if there are points of interaction.

An entire small action can take an entire minute.

Also, you can interact with a computing, where every action here also feels like it takes minutes just to complete.

Then comes the act of solving "puzzles", which basically require you to scour a room, very slowly, for key items that you then must use in sequence to advance. It is not enough that you have the key card in your inventory to open the door. No, you must actually enter your inventory and use it, which takes another minute or two. 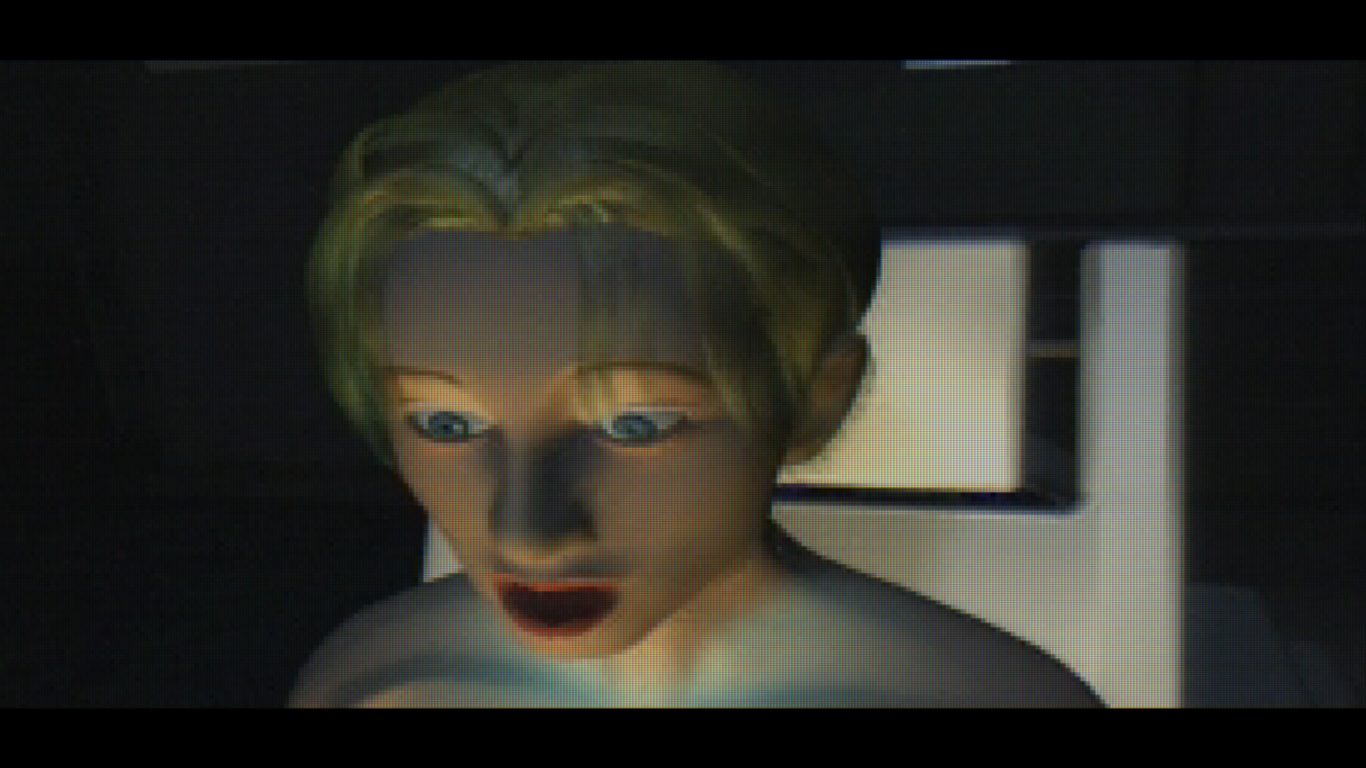 The most stupid person in the universe

If somehow you make the mistake of interacting with a door you have the key card for, you must then watch as Laura, the freaking co-pilot of the ship, look at it with utter confusion and do the most stupid shrug in the universe.

Here, the game's lack of direction, the slow speed of the FMV scenes the game batters you over the head with, all come to head. With a game experience that feels like sucking the essence of your time, leaving you to regret sands in the hourglass that you will never regain.

All you can do is stupidly shrug I guess.

"Girl, I thought I would wake up and see the bright blue sky of Earth"

At the time, this was a really good looking game, especially on the weaker Saturn hardware. It was one of the few games to use multiple discs, and that's mostly due to the several FMV scenes. Mostly, you can see that the human models were pretty respectable, as well as some of the choice locations on the ship.

Otherwise, the detail in the first-person action scenes was lacking, and there is a clear case of robotic animations. Both can be forgiven in the grand scheme of things as the game medium is developing, and nothing is quite jarring as to be unplayable.

Still, more environmental details in the action sequences would have made navigating the mazes a little easier. 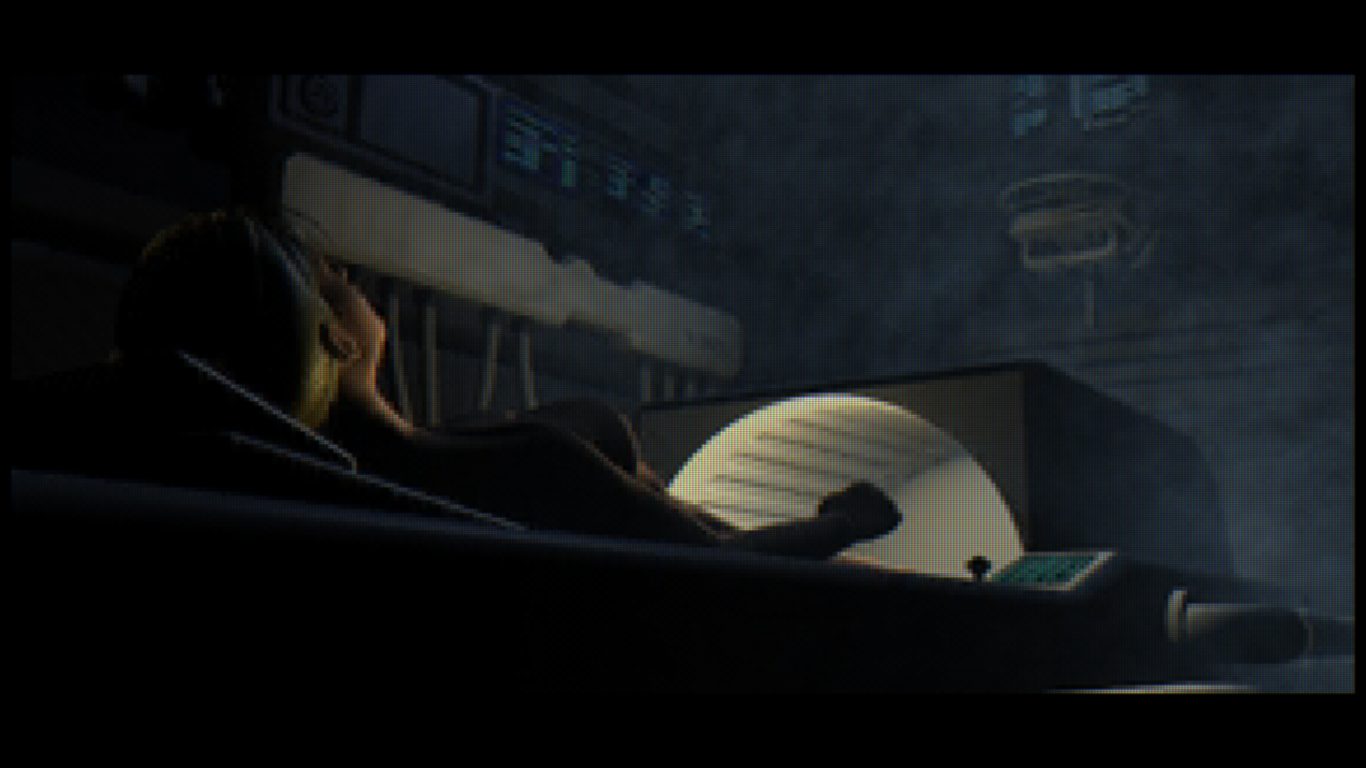 In the sound department, the soundtrack was well-celebrated in the time and I can see why. It is a complex and atmospheric track that fits very well with the theme of the game. Employing repetitive keystrokes and an eerie style, it reminds me of the quiet elegance of the Jaws soundtrack.

While the sound quality in the game is not as good as the orchestral version, it still conveys the spirit and style of the soundtrack well enough.

I can clearly see why Enemy Zero was well regarded at the time. It aimed for a cinematic narrative experience at just the right time and had the production chops to back its typical story. With a boatload of FMV scene and a killer soundtrack, players maybe ignored the boring voice acting (which was actually good in Japan) and the similar location.

Maybe, they even forgave the very slow adventure gameplay and boring repetitive mazes. Yet, those are flaws that are difficult to forgive today and are enough for me to recommend what is otherwise a historically important game.

It just isn't worth seeing any more of Laura's stupid shrugs. 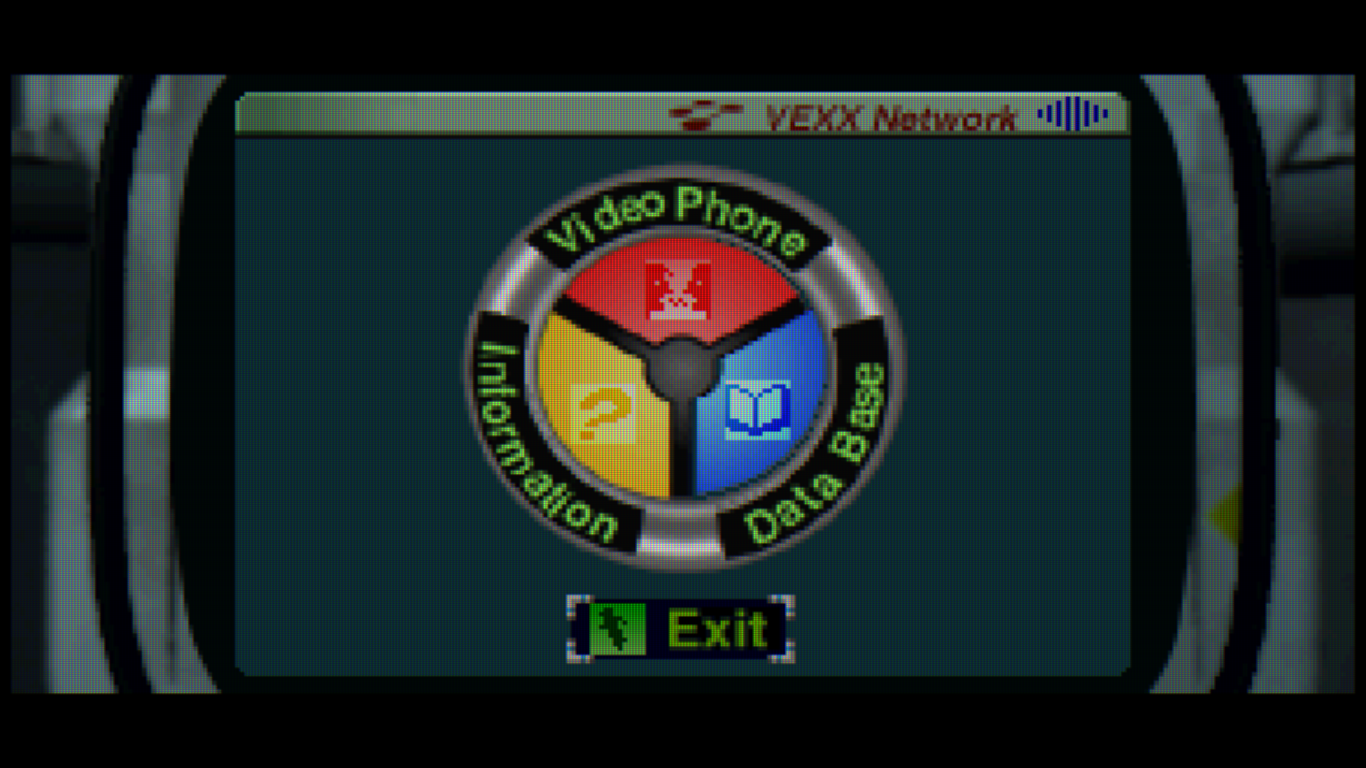 1- Play the training stage in Disc 0 to get a hang with the audio-based gameplay.
2- Start charging the weapon just as the frequency hits danger levels.
3- If in doubt about the enemy location, just run away.
4- Save often.
5- Make sure your weapon is always charged (go back to charge your weapon). 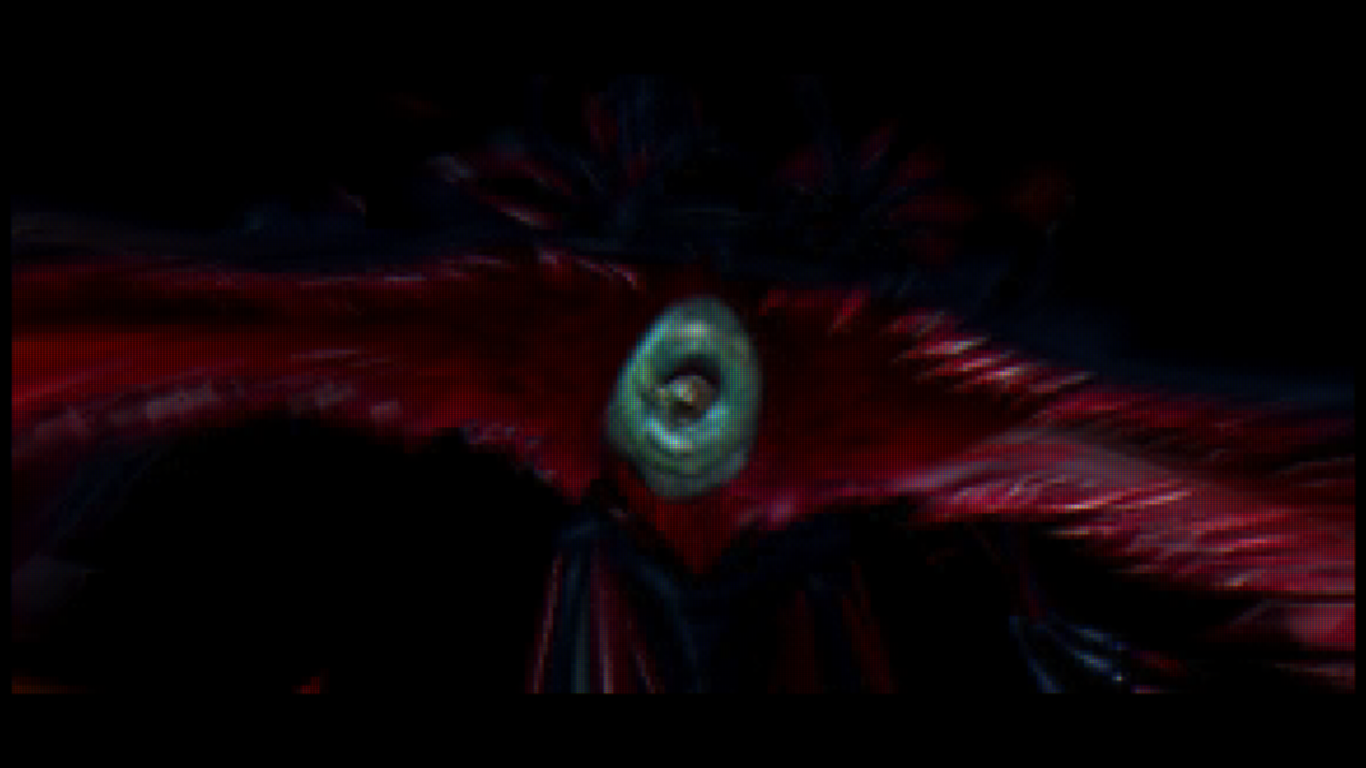 And then you die

I expected Enemy Zero to be dated graphically, but it turned out okay in that front but is dated in its slow gameplay. Minus adventure style bits, it would have been maybe a better game.

Next game on the list is one I would surely enjoy. Apart from the stupid story and terrible VA, Mega Man 8, which sits at #69, is considered a very solid action game. This was also released on the PS1 but I have heard that the Saturn version is its best version.