This month's Band of Bloggers theme was Leading Ladies and I couldn't think of a better example than Samus. That might be because I didn't think very hard about it, but among video game heroines, Samus is among the first and one of the most recognizable. This month I played Super Metroid on my SNES Classic. I tried to play with the theme of Leading Lady in my mind. I asked myself how Samus being a woman might be affecting how I play and experience the game. 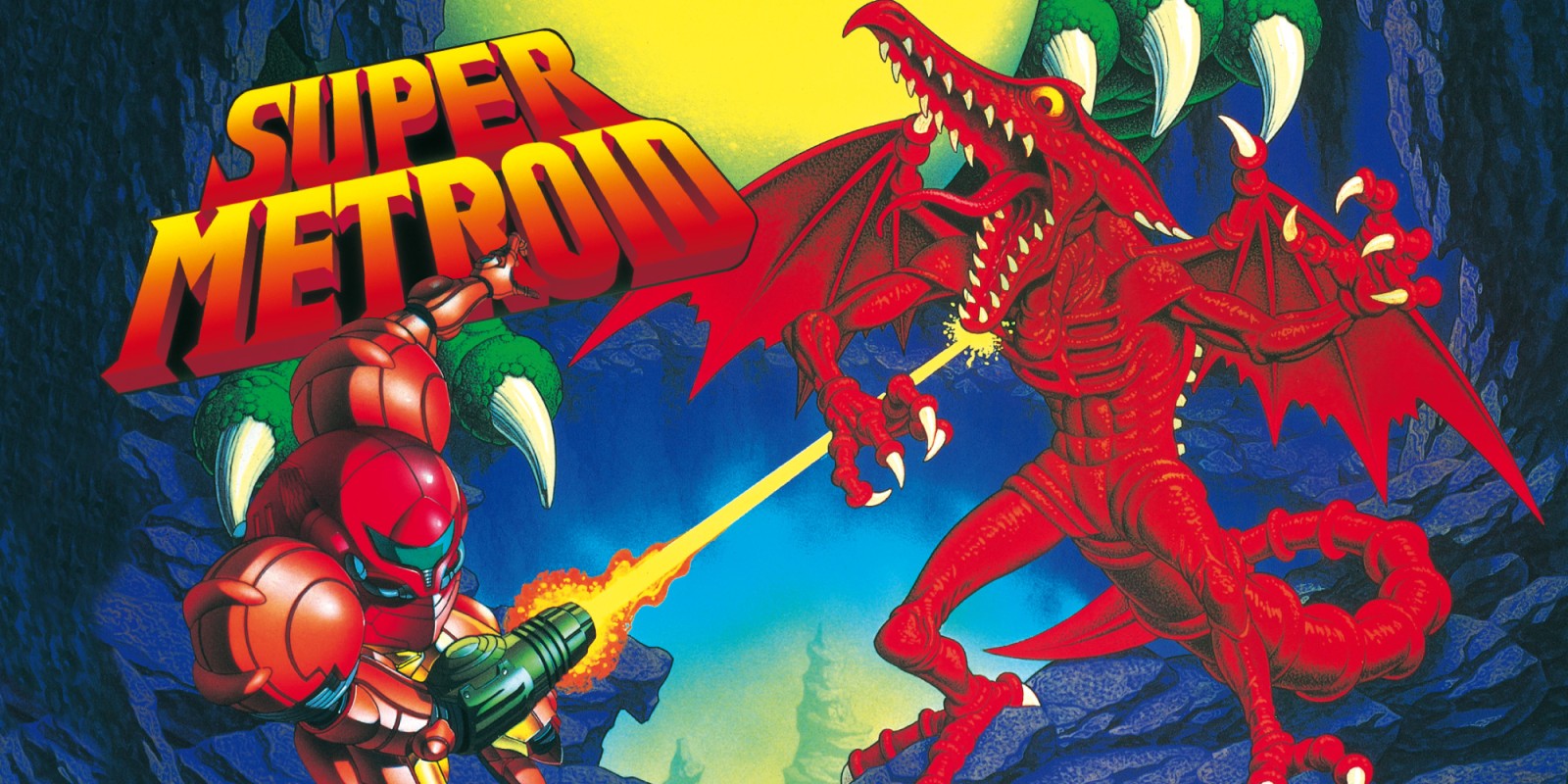 My experience with Super Metroid might not be typical. I was pretty young when it first came out and only played it for the first time on the Wii Virtual Console. I first heard of Samus through Super Smash Brothers on the N64 and my first Metroid game was Metroid Prime on the gamecube. By the time I came to Super Metroid for the first time, and then again when I came to it this time, I already had a history with Samus. I knew that she was a powerful bounty hunter, that she was an enemy of the space pirates, and that she had helped define a genre of video games.

Going into Super Metroid with the history of the character behind me has made the experience more enjoyable. When I beat a giant horrible spiked monster like Kraid and I get to watch him sink into the ground after wrecking him, I know that this is just another day for Samus. She regularly takes down huge space creatures like it's no big deal. When I come to a dead end and realize that I will have to come back to this area with a power up, I can imagine that Samus gets excited to come back here soon when she has gained even more power. I like to imagine that she likes to explore, even with all the danger surrounding her.

But is any of this affected by the fact that Samus is a woman? Does her being a lady change how I play or how I appreciate the game? Would it still be the same game, the same series, if Samus was a buff space marine like Master Chief or one of the bros from Gears of War? 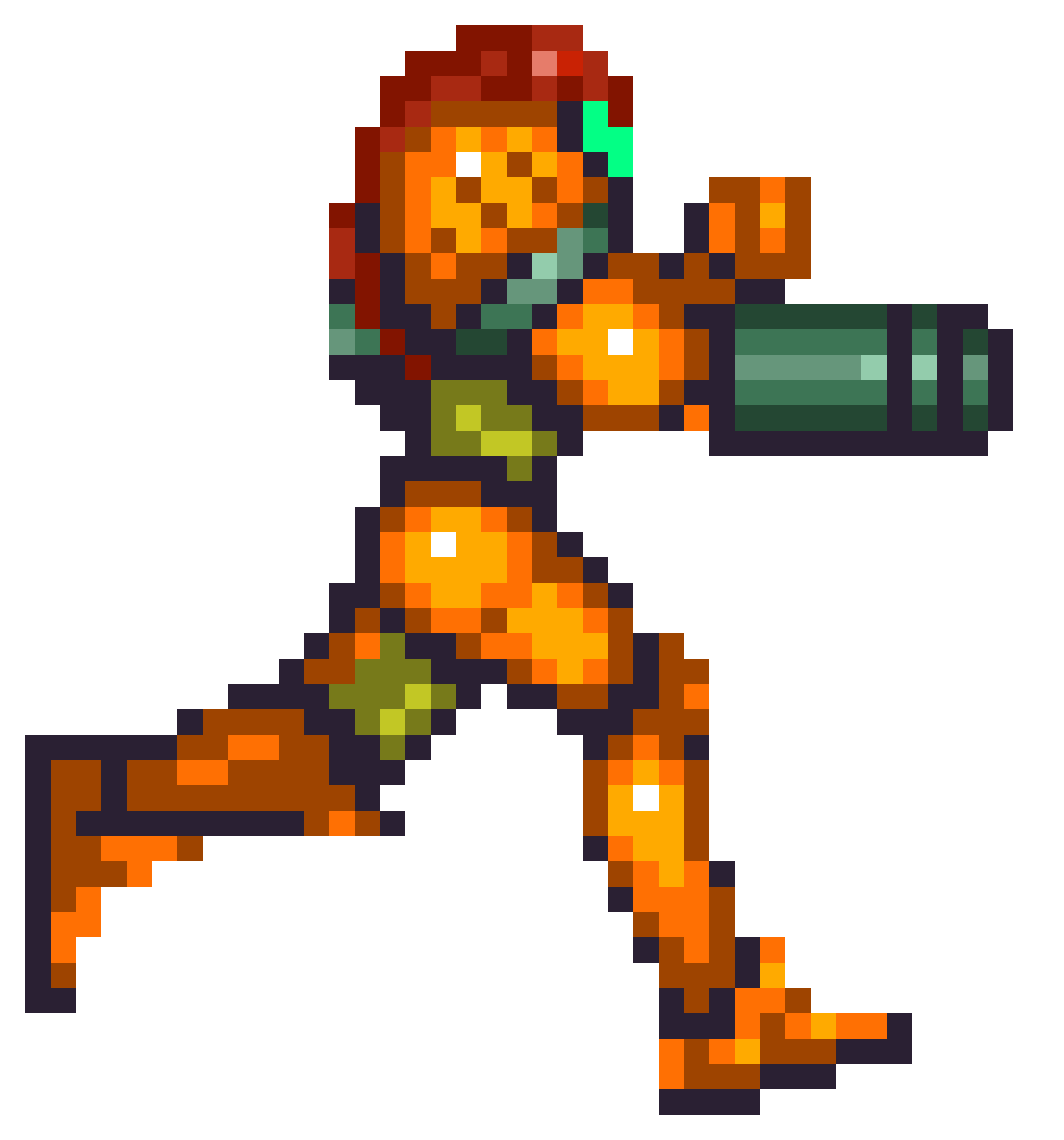 Metroid games are probably the closest I can get to horror in a video game. The games give off a tense feeling at the beggining of when you are underpowered compared to some of the monstrosities that you'll soon face. Unlike actual horror games though, you get significantly more powerful as the games progress. The games go from a tense exploration to a power fantasy. Samus gains some incredible abilities as she explores through her game worlds. It's fun to see how far she has come by the end of the game.

This is all important to who Samus is as a character. While a lot of what I said in the above paragraph also applies to other games in the Metroidvania genre, I still so often come back to Metroid, even if the gameplay in some of those other games might be better. Over the years of playing Metroid games, I've become invested in Samus as a character and in her story. I cheered so heavily when Metroid Prime 4 and Samus Returns were announced because we would finally get to see more of Samus's story. It's not like we were starved for Metroidvanias, the genre is more popular than it has ever been, with huge games like Hollow Knight and Guacamelee. I'm not starved for Metroidvanias, I'm starved for Samus. She might be my favorite (non dragon) video game character. Is that because she is a woman? I don't know, I do know that she's awesome though.