American Mcgee's Alice is a horror action-adventure title developed by Rogue Entertainment and published by EA on PC in 2000. It was also bundled with it's sequel on 360 and PS3 in 2011. The game is a sequel to the original Alice stories, set a number of years afterwards in which Alice has endured psychological trauma following her family's death in a fire. As a result of this, the Wonderland she knows has grown dark and dreadful and you as the player must traverse it to mend her ailing mind. 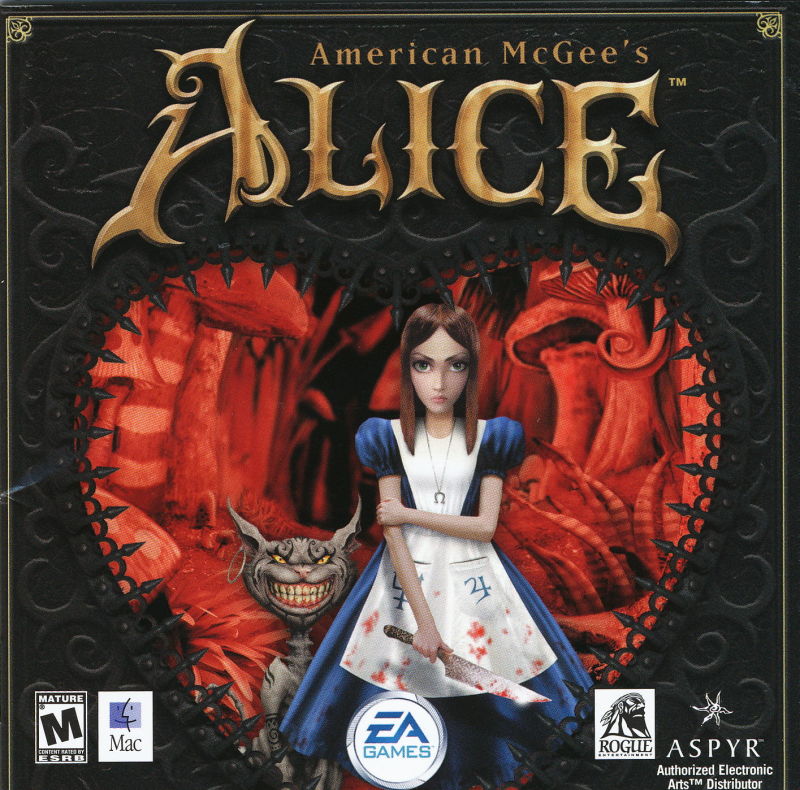 As far as edgy reimaginings go, American Mcgee's Alice certainly stands its ground. It makes Wonderland a representation of Alice's mind, which is not far off from the source material. So naturally, once she goes slightly mad, it all goes to hell.

The story is an excuse to revisit characters from the books under a new light to either fight them or have a little talk. There's also some new material woven in pretty nicely, often to make things that extra bit horrific or weird.

You journey to slay the Red Queen and save Wonderland, hitting up a good amount of places on the way. Though surprisingly, there is a decent amount of cohesion between areas, in spite of what one would think.

The highlight of the adventure lies in the writing, especially between Alice and the Cheshire Cat. They both display a healthy helping of snark and wellspoken-ness which makes for some terrific dialogue. Alice walks around Wonderland showing no fear and is ready to talk down just about anything. It's always fun to run into someone new and see how Alice will interact with them. 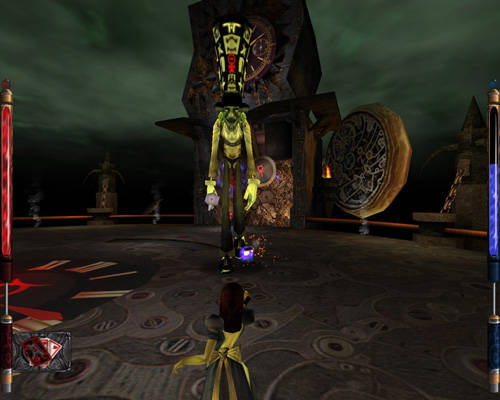 The version of Wonderland on display is a delight. It's dark, dreary and overflowing with malice and blood. Characters are often reinterpreted as being extremely bloated or with cogs for body parts, making for some really memorable encounters. It's not especially scary, but it's rad as hell.

The enviroments are varied, but never let up this oppressive atmosphere the permeates the air. I will say that I find the soundscape just a bit lacking, save for the awesome soundtrack. Outside of enemy noises and Alice herself, there is very little going on, which is a missed oppurtunity. And the noises used when jumping and taking damage feel a bit cheap to my ears and keep me from getting truly immersed.

When Is A Croquet Mallet Like A Billy Club?

Combat is overtly present in the game and jumps between being a formality and an annoyance. You control Alice as if you were playing a third-person shooter, letting you strafe and aim at your leisure. 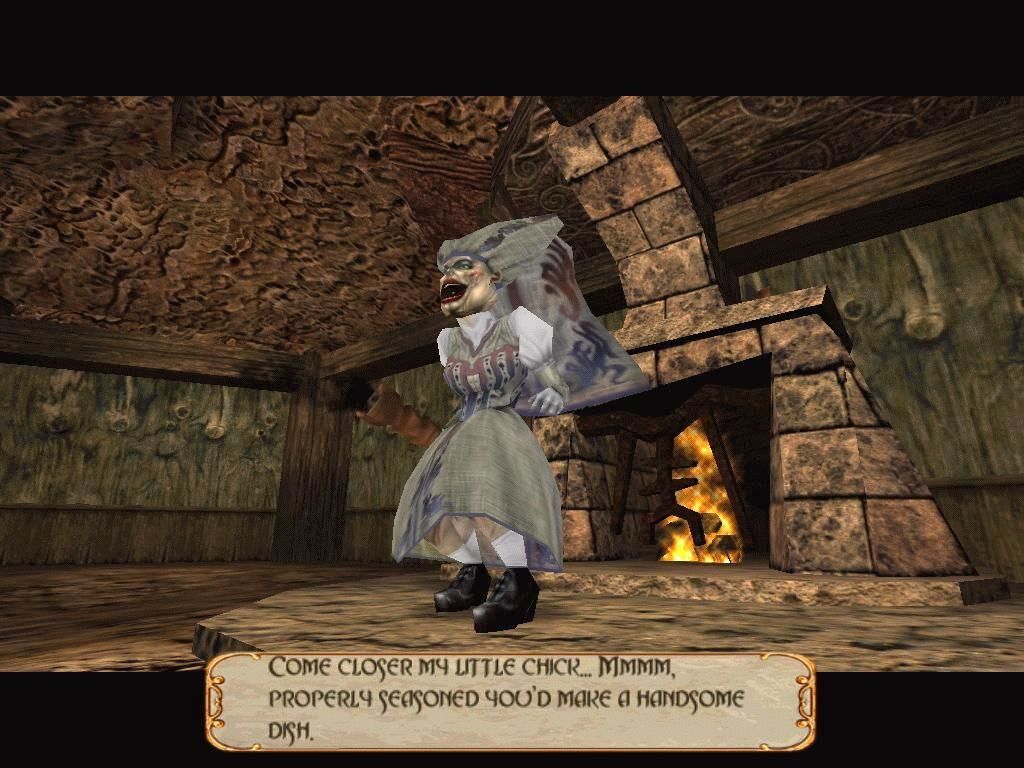 You have a decent selection of weapons, all of which feature alternate attacks, which is always welcome. The Croquet Mallet has a regular swing and the ability to shoot croquet balls, for example. Most attacks use Will (magic) as ammo, but you don't really have to be conservative for the most part. The war combat economy is rather lethal. That is to say, you die and burn through Will rather quickly, but most enemies die fast and they always drop both health and Will.

However, certain enemies are overtuned (or downright broken. Fucking mushrooms!), making certain sections a bit of a slog, especially since it's hard to gauge if an attack will stun an enemy. Not even the borderline broken Ice Wand will take you through every encounter. Sometimes, you just have to hang back and abuse the incredibly cheap Jacks to get by.

And since there are no upgrades to find save for new weapons, it's very tempting to run past enemies, which signifies a bad combat system. Or rather, an okay combat system that the game leans on way too much.

There are also extremely rare (like, 10 in the whole game tops.) timed power-ups, but they are either useless, or don't last long enough to feel worthwhile. It's evident that the game is rather thrown together gamedesign-wise

When The Path Is Problematical, Consider A Leap Of Faith

In spite of featuring loads of jumping around platforms, you'll notice that I didn't call this a platformer. My reason being that the game doesn't really have enough actual platforming mechanics. You can jump and swing on ropes, that's about it. And I think the game doesn't even use these two mechanics for anything interesting.

Platforming is simplistic, but very janky. I always judge a platformer on how easy it is to traverse small platforms. In this game, it's quite infuriating and only acceptable thanks to the quicksave. There is an auto-jump feature of sorts, but you can only use it for short stand-still jumps, making it useless for the game's many running jumps. The game really is a unique blend of ideas that maybe shouldn't go together. Taken as a whole though, it's engaging, somewhat frustrating and really cool.