This one is gonna garner me some hate mail...

Beyond Good & Evil starts with the world of Hyllis under attack from the DomZ. They capitalize it that way, not me. The brave Alpha Sections (??) are trying to defend the world against the (sigh) DomZ and the traitorous IRIS (news) Network. I'm not going to further describe the story simply because it is just ...bad. 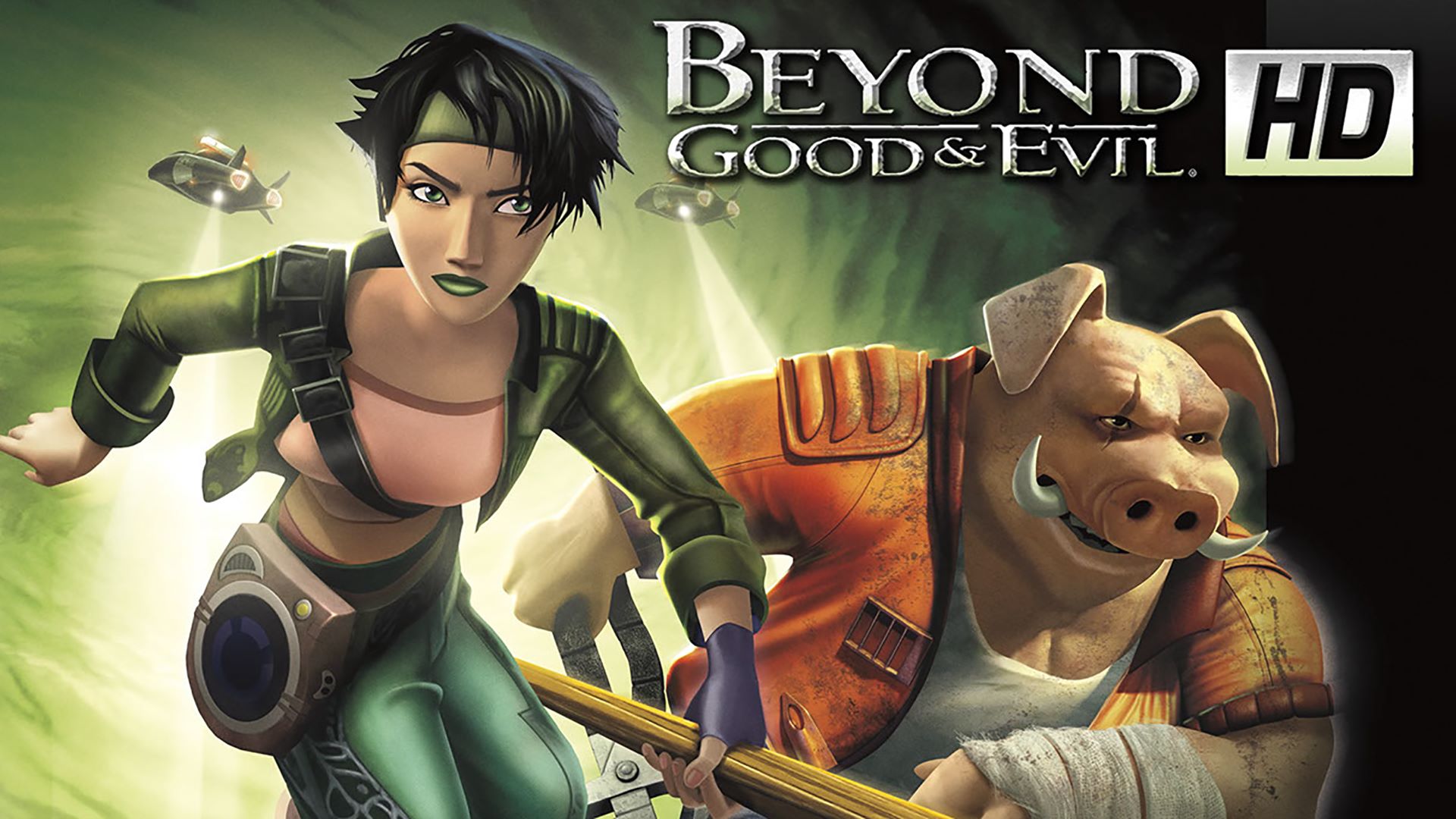 So let's go into the meat of it, shall we? The controls for the game are pretty straightforward 2003 remade in 2011. Not bad but overly comic at times. The angles some scenes are set at can be difficult to see making control extra touchy. Inventory is done relatively well and combat is super simple. One basic attack and a couple of specials. The ranged attack you get is clunky and takes too much time to switch to it and melee and that costs health!

The world is rendered very cartoony with anthropomorphic humanoid animals and human that are at best odd looking. It is colorful, catching, and animated. Hard to say beyond that. It is a re-skin of a 2003 game and it shows but using that as perspective it is a damn attractive game. 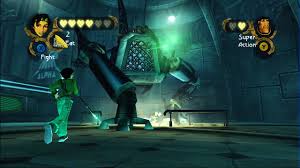 Sound and effects are great as far as in game effect sounds and music (odd, and alien but somehow recognizable!) but that's where the good ends. The voices are HORRIBLE. One actress plays three different parts. Normally that wouldn't be a problem assuming she used a different voice for each part. Don't assume that; she doesn't. What else? The characterizations for most of the voices? 100%, absolutely, completely, stereo-typically RACIST. I was embarrassed to play the game within earshot of my children. From the "flaming" PDA voice (complete with a holographic representation that would be at home on the Simpsons) to the Rastafarian Rhinos who are again, absolute stereotypes. I'm sure in 2003 this was an attempt to introduce diversity in the game but it was shamefully done and the developers should be ashamed of themselves! 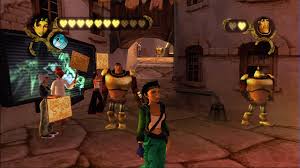 Is that Buzz Lightyear?

Controls: 4/5: They were okay. Didn't have to tie my fingers up getting to bizarre combinations.
Story: 2/5: You start it and think it is a kids' game. It isn't. And then you think that it has to be a joke. It isn't. It's just baaaad.
Graphics: 5/5: I'm sure it was state of the art in 2003/2011 and I'm using that as my frame of reference.
Sound: 1/5: The only reason it's getting a 1 is because the music and effects were cool.
Playability: 3/5: It's playable if you're completely in a hipster ironic mood. But let's put it this way. I got to the boss fight and stopped caring. I couldn't even bring myself to finish it.