Why I Hate God of War

I’ve been playing Strafe lately and I have to say, it’s fun. I rarely have fun when I play video games, even though I play quite a bit of them.

Strafe is like being inside the mind of a 90s FPS developer’s mind, if he was lost in an unending acid trip and had early onset Alzheimer’s. The gaudy colours are like the time-lapse photography of a highway at night, and the music is repetitive but awesome. It hooks you like Rogue Legacy does. 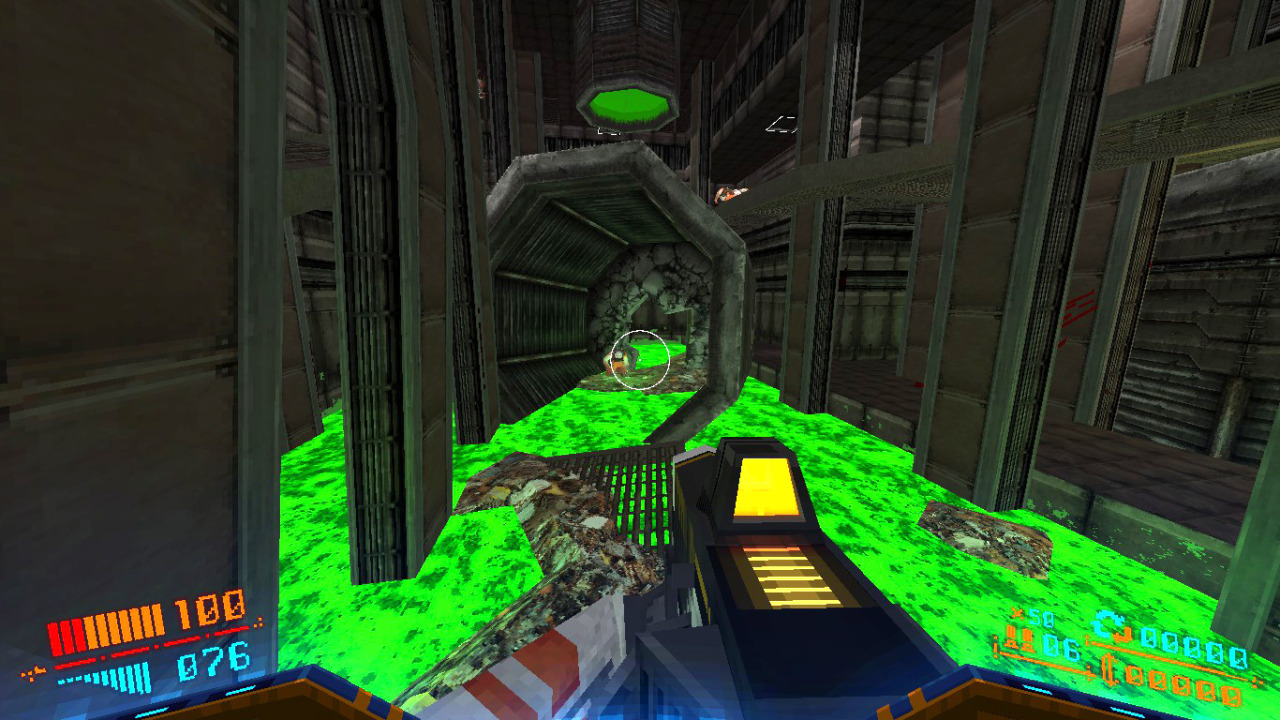 I usually buy Triple-A games, because the critics adore them. And when I play them, I generally find myself annoyed by them. Let’s look at God of War for example. It’s the highest rated PS4 exclusive on Metacritic, and everyone, including the user reviewers, loves it. But I hate it.

I bought God of War the day my grandma died. I was feeling depressed about her dying, even though I didn’t know her that well. My girlfriend and I had just eaten cold burgers at the worst Dairy Queen in town. She’d gotten the text from my sister. Earlier that week, I had smashed my I-Phone in a drunken rage, outside in the rain, and thus was no longer able to communicate with my family.

And God of War was a lot like that I-Phone. Fucking fancy piece of shit that isn’t worth half of what they’re asking.

Leading up to the purchase of God of War, I’d seen the developer crying about how happy he was about the positive reviews. People were writing articles about how this game made them better parents. I thought, wow, God of War is going to be as amazing as Dark Souls. It’s going to change the way I look at the world. It’s going to be fun.

We got home from the mall, and things got weird between me and my girlfriend. She didn’t want me to go to the funeral. And this sounds horrible, makes her look bad, but it did make sense.

I was going to have to fly across Canada—from Victoria, British Columbia to Fredericton, New Brunswick—for the funeral. My dad, who physically and emotionally abused me my entire life, was going to be there.

My girlfriend and I recently kicked him out of our house, early-November last year, because he was a completely ignorant psychopathic asshole—got really drunk and started yelling, demented stuff about calling the police, out our back door, after he spent the previous three days insulting me and trying to make me look like an idiot in front of my girlfriend.

My brother was also going to be there. Both men have permanently damaged me. I have been in fifteen-years of therapy dealing with their abuse, not to mention the shit that happened to me, because my dad left me unsupervised in social situations for hours on end when I was a little kid.

When I was in my teens, I had to run away from home just to get away from my dad. I wound up living under a bridge. And yes, I was a kid, and I was on loads of drugs and no, that isn’t cool. It was the only thing I could do to keep myself from feeling insane.

I think it was understandable my girlfriend didn’t want me to be around my family. Not to mention the fact that the rest of my family have their limited and degrading views of me as a homeless crazy person who is a drug addict. They have this perspective of me even though I’m in an MFA program that is fully funded by scholarships, I received, for working my ass off and being relatively sober.

Still, it really pissed me off that my girlfriend didn’t want me to go. There was crying and screaming. I destroyed our broom by obliterating the kitchen light-fixture. There was glass everywhere, and I have a cat. Not cool. I spent an hour picking up tiny fragments of glass and muttering obscenities under my breath.

My girlfriend and I both calmed down. I bought plane tickets to what would wind up being a weekend of being shat on by my family, and I sat down, poured a drink, and waited for the “masterpiece” to install.

Turns out Kratos’ wife died but because he’s so tough, he doesn’t shed a tear. He holds it in and sulks around while curtly talking to his son who has no support or friends. Then some douche, who got rejected, as a possible back-up bass player, by the nu-metal band Disturbed, appears. There’s a big dumb fight. There’s a schism in the earth and finally, the coked-out relic of the early tw 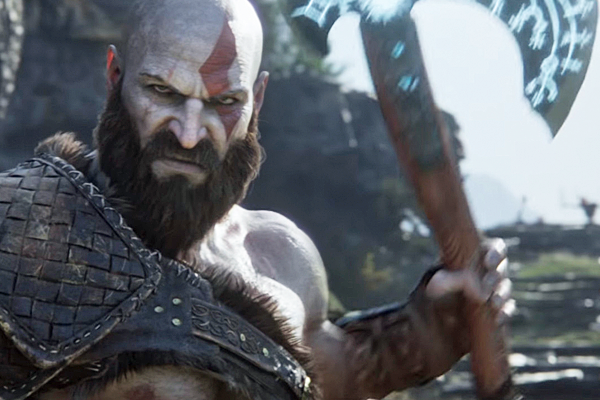 Kratos must go, with his son, Atreus, to the top of a mountain. Cue: the pseudo-classical music that is nauseatingly melodramatic. And off we go, up the river, to fight off lame-looking enemies with a Dark Souls inspired play-style. Only difference is you’ve got a magical axe that’s like Thor’s hammer and always returns to you.

I was okay with most of that. I am in love with Strafe. I do like stupidity, but what really bothered me was how the game normalized Kratos as a father figure.

Why does Kratos have to be such a cowardly piece of shit that he can’t even give his own son a hug when the boy’s only support has just passed away? Kratos’ only ‘courage’ comes from what he is naturally good at, killing things. Wouldn’t it be courageous, if he could see that his son was suffering and stop caring about his pride and be there for the boy from the get-go?

Oh wait, this is Kratos’ flaw. I forgot. How original. Daddy is insecure about his feelings, so he represses them at the cost of his son, who he emotionally abuses. The fact that he improves at caring for his son is an interesting but unlikely change for a character whose sole duty is to kill a bunch of things.

The early-game-Kratos reminded me a lot of my father. And usually, when people get that old, they don’t change. I think it’s an illusion to assume that someone like Kratos, who is repressive and emotionally abusive toward his son, would develop the ability to empathize and care for his offspring.

It has been proven that true narcissists are untreatable. Thus, Kratos’ character arc would be impossible in the real world, as he, if his character existed in the real world, would never be able to properly care for his son. Kratos would have created such an inner-shield to protect himself from his own feelings that the prospect of loving anything would be impossible.

Why God of War sucks is exactly why Strafe is great. Because it’s stupid. The difference between Strafe and God of War is that Strafe knows its stupid and has fun with it. God of War thinks its pretty smart, thinks it has a lot to say about parenting.

Strafe lets you shoot a bunch of idiotic aliens that are trying to kill you. You aren’t bothered with some bullshit story of familial redemption, some half-intelligent wank-fest for stunted boy-men who shouldn’t have had children in the first place. Strafe isn’t trying to commercialize mourning, tell a cautionary tale of how a dumb-dumb finds his inner child and through this, his true matured father-self.

I don’t care about how shiny God of War looks. The puzzles are dumb. The idea that you must clear each entire area before moving on is like a boring version of Doom without the guns and half the fun.

Video games can be art, and God of War is art. It’s bad art, but it is art. I’m not concerned about art if all it does is regurgitate the same stale tropes about masculinity that have been around since the dawn of existence.

God of War is a game with a message, and that message ignores the realities of human psychology. If games are to teach us about how to live, then they should be aware of the basics of how the human mind works.

Personally, I want to have fun playing video games. I want to kill demons and shoot the heads off aliens. I want to do things I would and could never do in real life. I don’t care about some videogame designer’s pathetic philosophy on fatherhood.

I want to play Strafe.

- Dog's eat their own shit.

Videogames and booze are better than a bar full of people I don't want to talk to.