I was really hoping to finish Dragon Quest XI before I wrote anything about it, but my need to play Spider-man overcame me and now I am unsure of when I will get around to finishing Dragon Quest. Well, more like I don’t know how long it is going to take me to finish it, because I do intend on playing it alongside Spider-man. With that out of the way, let us begin. 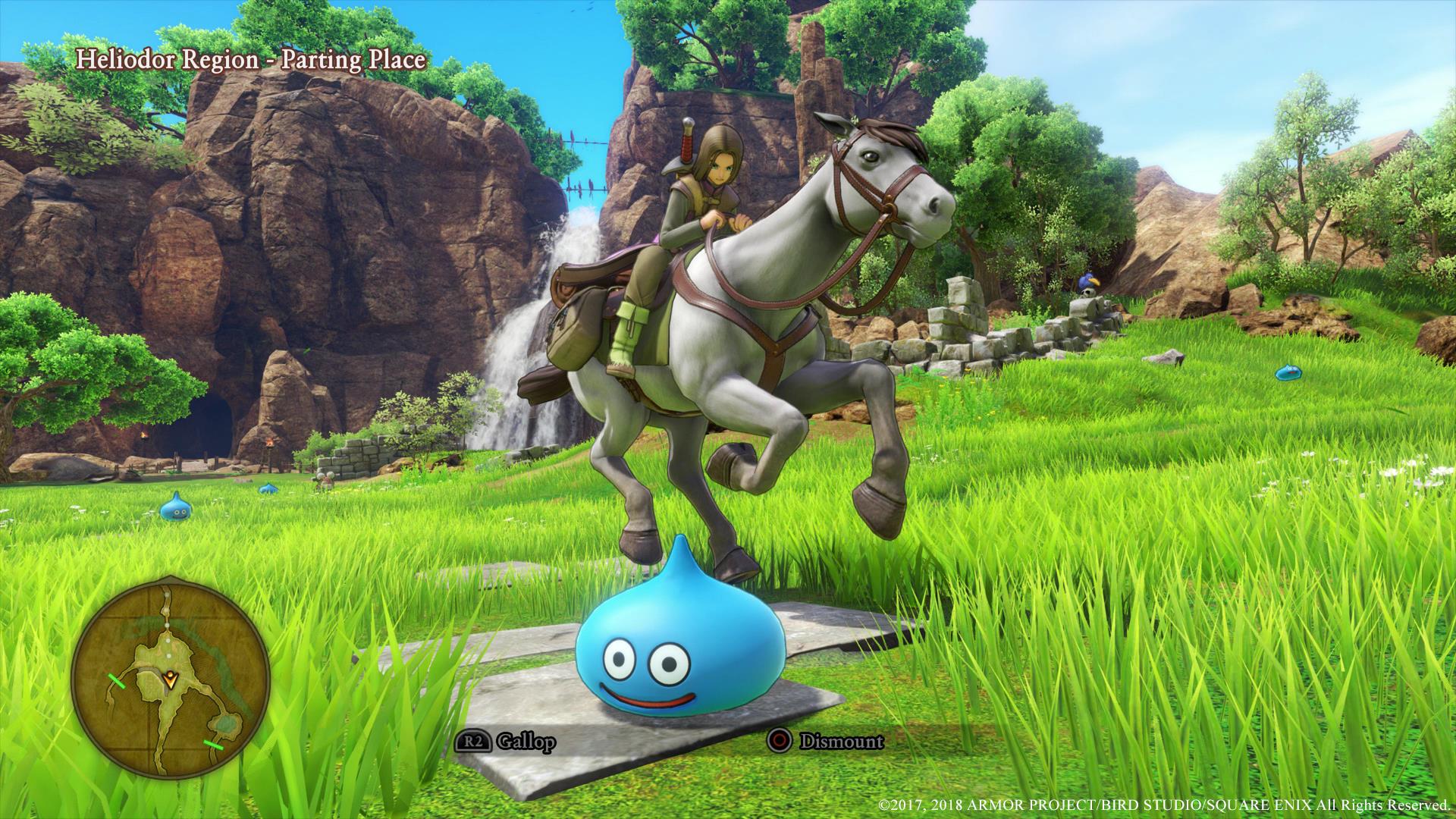 Right from the get-go I fell in love with Dragon Quest XI. The opening cinematic doesn’t waste any time getting to the point and the marriage of light and dark tones kept me interested the whole way through. With that being said, the cutscene and gameplay graphics look phenomenal. The world has an amazing amount of detail to it and I couldn’t stop thinking that Dragon Quest has really become the Disney movies of the RPG genre. Well, more like early Disney movies when there was stuff for adults and kids. The only thing of note regarding the graphics is that the crosshatching shadow effect that the developers used sometimes sticks out like a sore thumb and makes things look jagged and blurry.  That’s a minor complaint, because more often than not I didn’t notice it thanks to the beauty of everything. 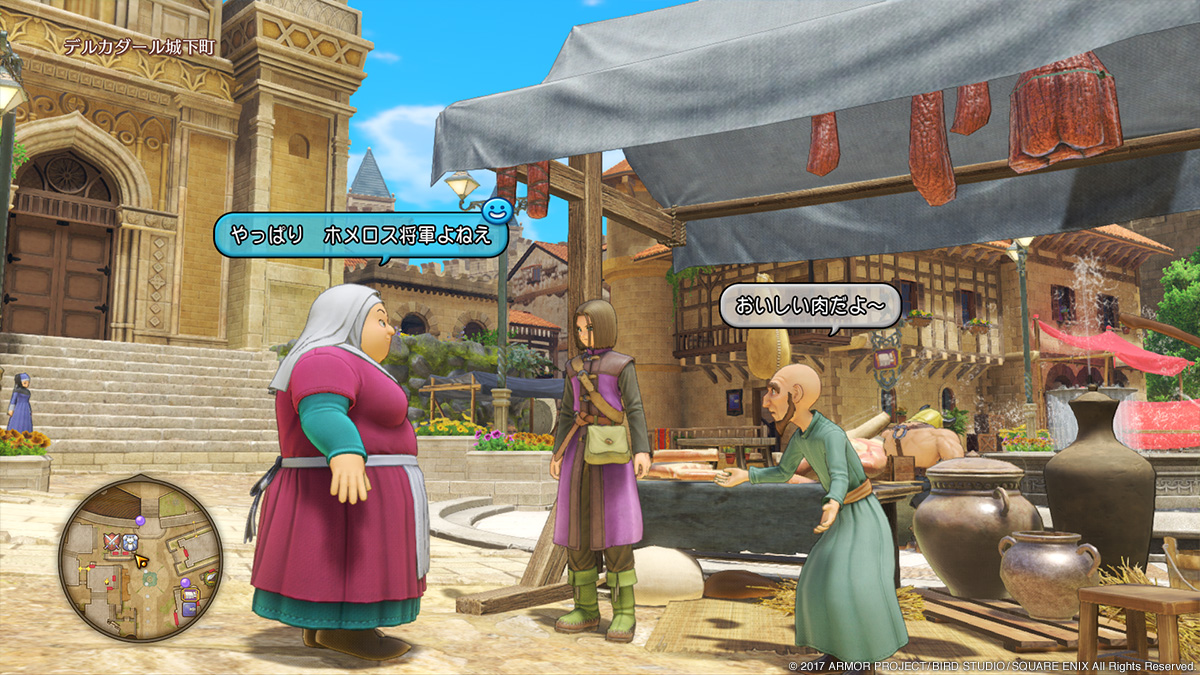 The scale of the world in comparison to your character is great and it helps make everything feel more intimate and engrossing. I found myself appreciating the attention to detail that goes into making a game more than i usually do. Not that I don’t think about that often, it's just that sometimes a game's action can distract you from everything else it has to offer. Anyways, the ability to hop up on things and scour roof tops also adds to the immersion even if the actual jumping mechanic could be better. Trying to jump on the small top of a barrel can be quite trying when your character feels like a floating boulder. 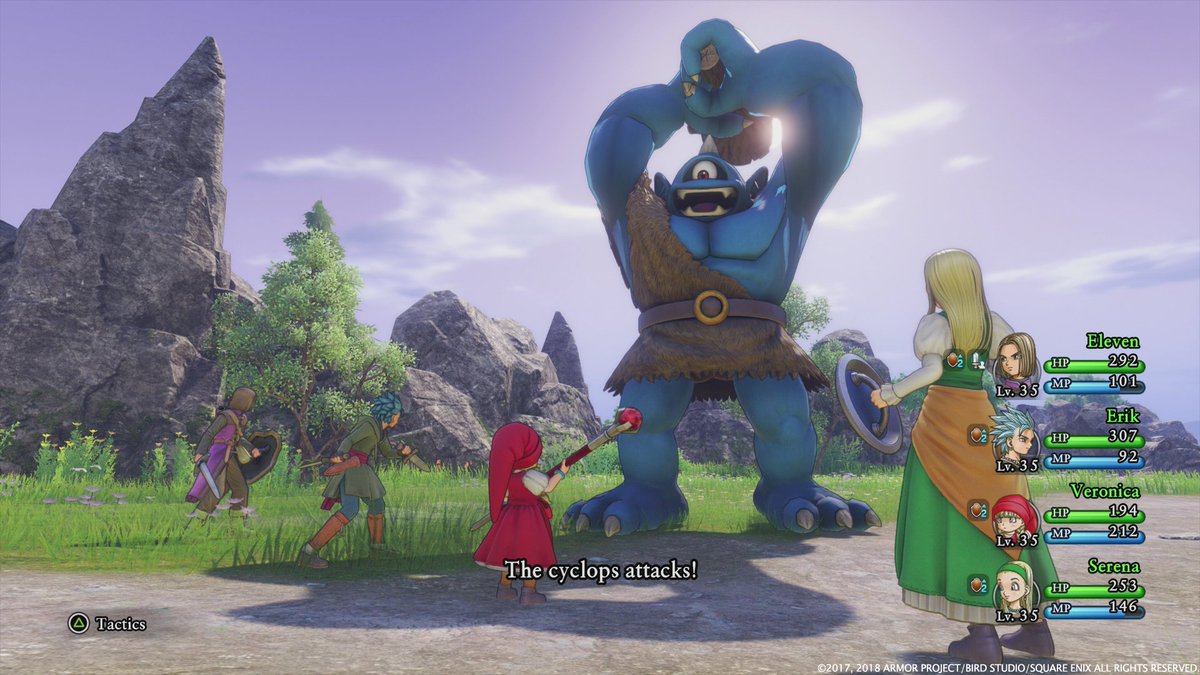 Gameplay is your standard Dragon Quest fare with new things like a moveable camera and the ability to move your characters around. Both of those things don’t have an impact on battling, but they do let you play more of a director role, allowing you to get better angles of the action. At first I did had an issue with both of those things, because they lead me to believe that battling was going to be more action oriented. That’s all on me, though, because I would have known that those two additions were inconsequential if I had watched more trailers and such. I do this thing where I try to only watch a handful of videos on something to avoid spoiling anything; which is something that was brought about by movie trailers in recent years.

Again, gameplay is your standard Dragon Quest fair. Everything is turn based, every action is relayed back you via text in great detail, some grinding is required, and your characters can achieve an “overdrive” status that is called Pep this time around. Pep is a mix of the tension state from Dragon Quest VIII and the Coup de Grace from Dragon Quest IX. You can use the Pep state as an all around buff for your character or you can unleash combos in unison with your teammates. While the combos are flashy, the actual look of being in the Pep state is a bit underwhelming. I much prefer the super saiyan look the characters got from their tension modes in VIII, but that’s because I’m a Dragonball fanboy. Other than that, everything is about what you’d expect from a Dragon Quest game.

While I haven’t finished the game, I am thoroughly impressed with the story. In the beginning I loved the writing and the pacing, but a little ways in I started to think that the hero's fate seemed too sure and that the pacing was going down hill for the sake of getting the story started. It was shortly after that the hero's assured fate took a turn and suddenly the pacing made sense. If one was to find out he is the chosen one from someone who knows little of the matter, and who found out from someone else, the conversation probably wouldn't be too deep. Then I got to the point where the hero is directed to a place that will provide him with answers. Once there I had a conversation with some guards that seemed sketchy, but as I progressed a little ways in, their sketchiness seemed more like bad writing/acting because nothing around me mirrored their odd behavior. But, and as if on cue, the story and situation flipped on me and that awkward conversation, the pacing, the brief telling of a legend I must fulfill like in so many other games, and everything I was expecting as a result was blown out of the water. Now the twist isn't original, but everything I encountered prior to it led me to believe that I knew what was going to happen and, to me, that trickery is stuff of a good story. 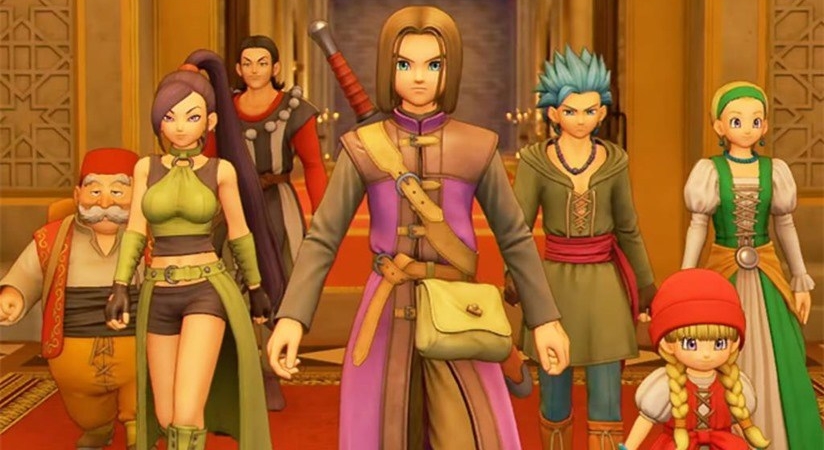 In regards to the cast, I would say that the only gripe I have is that their looks/apparel leave a lot to be desired. Other main Dragon Quest characters definitely have a more inspired look to them, whereas everyone in this game looks like they could be NPCs. You do get different costumes, which is nice, but you do have to work for them (unless you preordered the game and got the DQ8 costume). Maybe the point in making everyone look so generic was to remove a point of contention when you unlock their costumes? Also, you can't change the character you navigate with, so you are forced to use the main character and that means that you can only see and appreciate the costumes you get for your characters in battle and if you have them in your party.

While I haven't finished Dragon Quest XI, I would not hesitate to recommend it to someone. The game is gorgeous, the gameplay is great, the story is promising, and the characters are entertaining. If you’re looking for a great RPG to take you back to the days of old then Dragon Quest XI is the game for you.