Songs That SHOULD Be In Guitar Hero/Rock Band -- Volume III

Probably one of the saddest songs on the album, Jar of Flies, still hearkens me back to the grand 'ol days of Grunge Rock. I'm not sure about you, but I was more depressed about Layne Staley's passing more than Kurt Cobain. I think that Alice in Chains was one of the best bands to come from the grunge movment. Maybe this song is a bit too depressing for a Guitar simulation game...

The first track on Short Bus is worth having in the game purely for the bass intro. This song rocked so fucking hard when it came out. The group would then go on to create a few other albums, but none as heavy as their first. 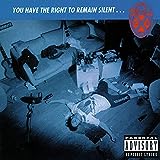 What do you do when you have to have an opening band but nobody is available to tour with you? You make an alter ego band to open for you, that's precisely what GWAR did when they created the X-Cops. Their first and only album, You Have The Right To Remain Silent, starts hard and ends just as tough as it came in. Covering the gamut of GWAR topics, police brutality, rape, sodomy, crystal meth, bondage, rape, and an awesome cover of Deep Purple's "Highway Star", and a little more rape added in, the band dressed up in cop uniforms while thrashing the stage with their unique metal sound.

God Forbid -- Article I: The Twilight of Civilization, Section I: The End Of The World 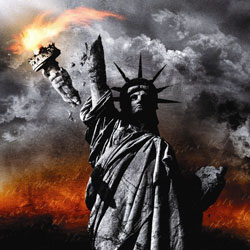 I found out about this group through the webcomic Questionable Content. The band was touted by the author of said site to be pretty damn good, and for an indie rock webcomic, I have to take his word for it. The album, IV: Constitution of Treason, tells a foreboding story of a new world order being established in the not too distant future (read that as now). The intro has a lilting couple of notes being played with the galloping of the guitar being slowly faded in, then just hits the ground running when the drums and bass kick in. Give this album a sincere listen.

The Mars Volta -- Roulette Dares (The Haunt Of)

I honestly don't have enough time to explain how deep all of the Mars Volta's music is, their debut album Deloused in the Comatorium was a triumphant return for the members of At The Drive-In who had taken a hiatus. A great album, from a great group whose lyrics are nearly as cryptic as those from Coheed & Cambria. The guitar work throughout the album is nothing short of spectacular and this song is a real treat among the others.

I know, I know, I probably didn't include the group/song that you think would be great, but give me some time, this is just the beginning of a series of many blog posts I'll be continuing to post about songs I'd love to see in Guitar Hero / Rock Band. Who knows, maybe next time, your favorite song will be here. Thanks for reading.
#Community
Login to vote this up!