When Ubisoft announced and then released Trials of the Blood Dragon during E3 a couple years back, I'll admit that I was intrigued at the prospect. I'd never really played a Trials game before, but I loved the time I spent with Far Cry 3: Blood Dragon. Maybe this was my chance to put my feet in on the shallow side of the Trials pool, before diving into the deep end? Maybe this Blood Dragon flavored Trials Popsicle would convince me to partake in the series many other delectable selections? Perhaps this spin off would enrapture me so with it's Trials charm that by it's end I would be opening my wallet and my mind to a wider world! The thought even crossed my mind that I would become so smitten with Trials after being eased into it's glory that I would soon be putting together YouTube fail compilations and rage videos. These wondrous thoughts quickly dissipated as I dove deeper and deeper into this collaboration, and started to realize that this game is fucking terrible.

Things start out innocently enough, you're on a motorbike in Vietnam with shit blowing up all over the place. A nice, simple track is laid before you. You drive the bike, make some sick jumps, learn a bit of the games physics, and have a little bit of fun. Everything seems right with the world, the stage is set for a grand old time to be had. Then you play you're first on foot shooter section. What seemed like a tight, fun to control motorbike game is suddenly a horribly floaty twin stick shooter. Your enemies are brain dead soldiers who stand still and shoot in conveniently short bursts, but have a tendency to pop out of nowhere and kill you before you can react. Trial and error rules the day, but it's not fun trial and error where you get better as you go and eventually master the level. It's annoying trial and error where you are hit by unavoidable obstacles that you would never know were there before dying to them. These levels pop up fairly often and they're not fun by any means, but they're at least tolerable. The bigger problems come at the halfway point when you're introduced to the worst jet pack in the history of gaming. This janky piece of shit is so awful to control I nearly gave up even finishing the game, and it's only 3 hours long! Worst of all they tether you to a bomb that blows up if it bumps a wall while you're wearing this flame farting deathtrap, thus ensuring that any semblance of fun you might have had figuring out the physics is quickly quashed. The core motorbike and BMX bike levels are alright, but they make up less than half the game by my estimation, and that ratio is completely unacceptable. 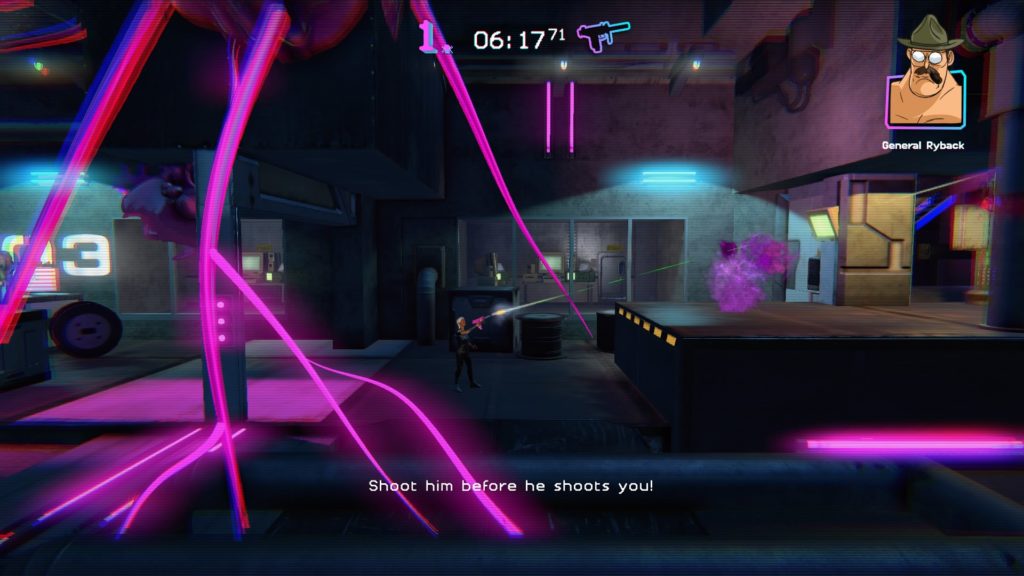 My last hope to squeeze some small semblance of joy out of this game was through it's 90's pop culture dripping plot, but alas that hope was dashed quicker than my NBA prospects. You play as the son and daughter of Far Cry 3: Blood Dragon protagonist Rex "Power" Colt, and you're on a mission to save the world from communists. They're are a few "twists" I suppose, but they could be guessed ahead of time by a relatively smart toddler. To make things even worse they throw in a bunch of random contrived tasks to extend the story that only vaguely relate to the central plot line. I understand that the premise of the Blood Dragon universe hinges on the cliche and hokey, but this game fails to make these cliches anything other than surface level facets of it's universe. It's one thing to comment and riff on 90's cliches to make something new, but this game doesn't do that. Instead it just copies these cliches and stitches them together into a Frankenstein's monster of boring old garbage. But hey, at least the soundtrack is good. 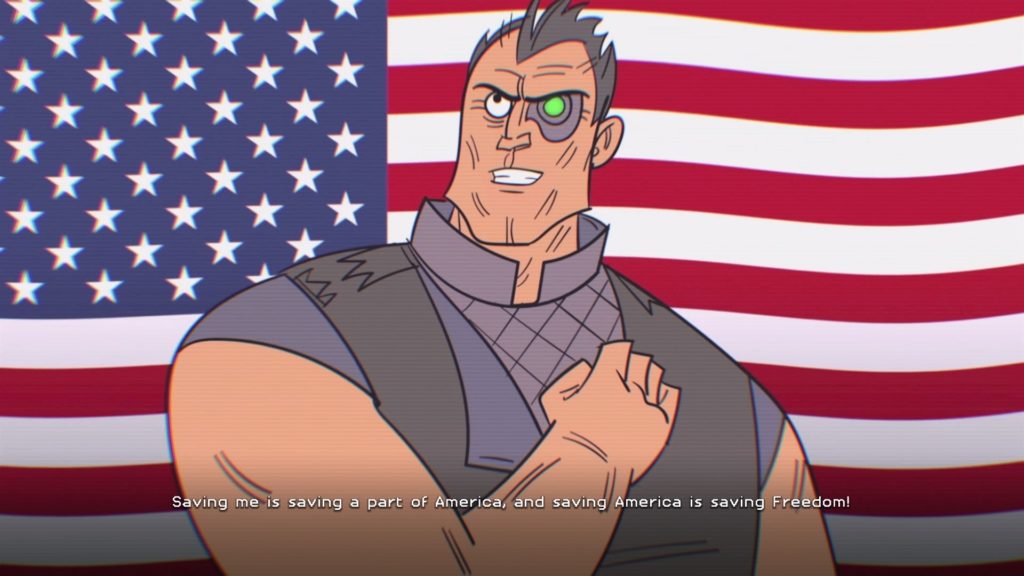 It's been a long time since I've been happy to see a credits screen in a game. Over the years I've developed a fairly good sense of what I might like and dislike, thus avoiding having to play any truly bad games. Not "so bad it's good" games, but just a bad, bad pieces of software. Enthusiasm was dashed, dreams were crushed, and hoped were trampled upon during my very short playthrough, and I wouldn't wish this experience on anyone. If you could somehow pull out only the bike levels the game might be a somewhat worthwhile endeavor, but the amount of shit you have to trudge through to get to these levels just isn't tenable. Even then these stages won't blow anyone away with their quality, they can be fun on occasion but are otherwise unremarkable. I suppose it was too much to pin my hopes on this game being my stepping stone into Trials proper, but I never expected it to be so terrible that I would question my love of Blood Dragon as a whole.